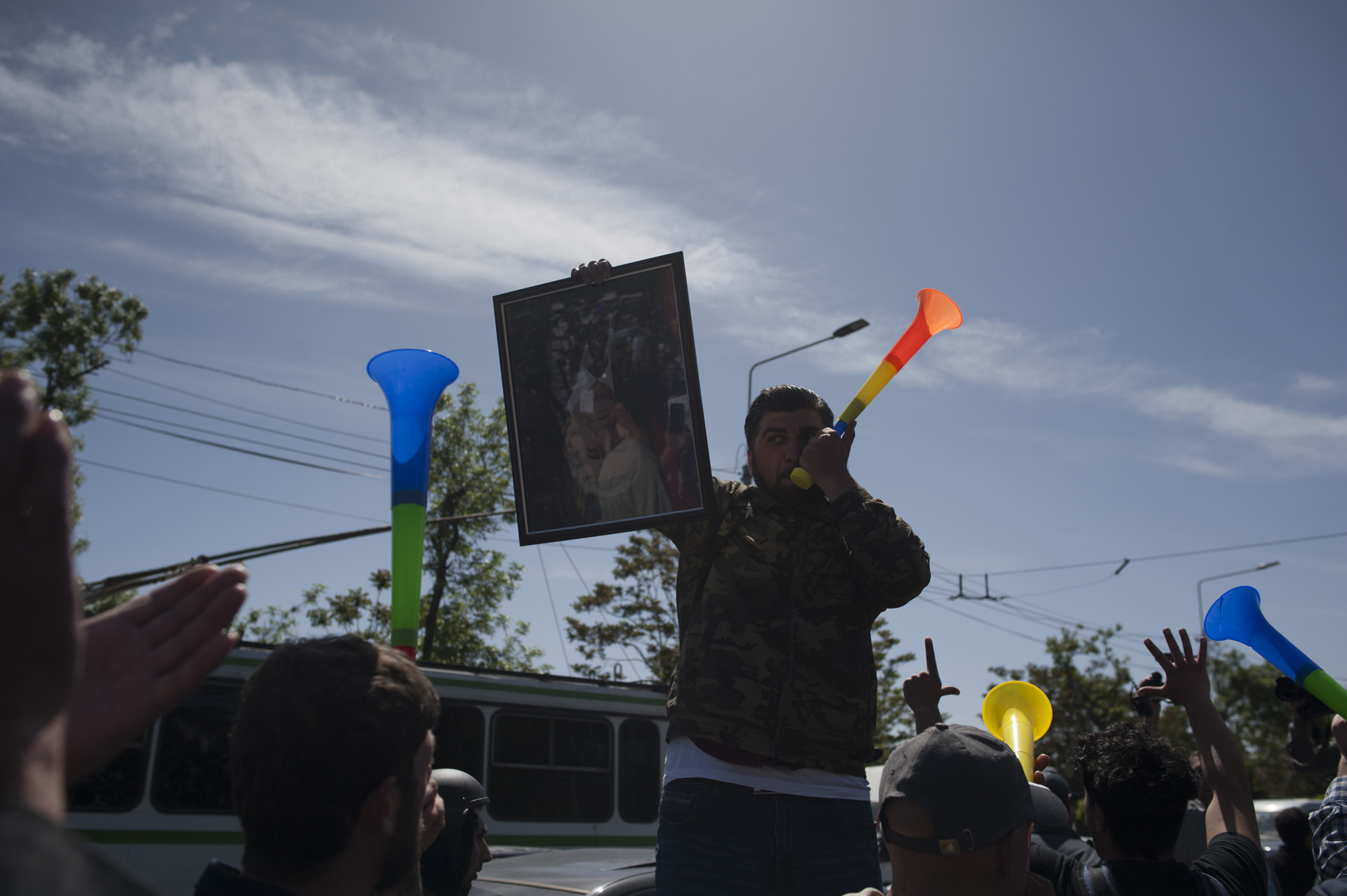 On the morning of April 19th NIkol Pashinyan, demonstrators and students surrounded few buildings of the government. The police detained more than 100 demonstrators. One of the demonstrators lay under the police vehicle not letting in to depart. The march moved from Arshakuniats avenue to Garegin Nzhdeh square. The demonstrators stopped in front of “Petak” Mall. The slogans “Beep if you are against Serzh” formed during the march were followed by many signal noises.