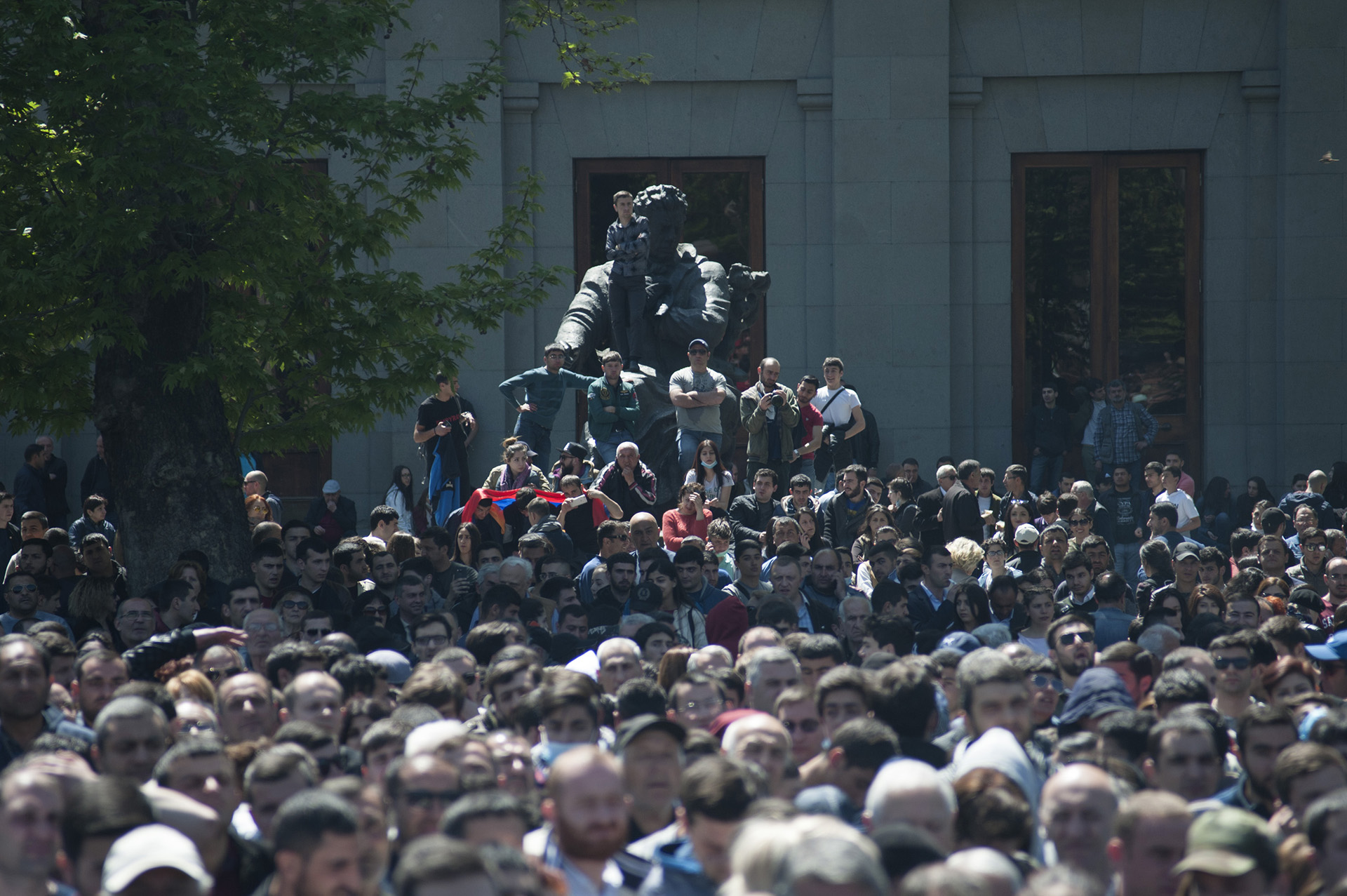 On April 17 the National Assembly elected the Prime Minister of the Republic of Armenia. Serzh Sargsyan was elected prime minister by majority of votes. Thousands of demonstrators have been protesting in Yerevan and other cities against Serzh Sargsyan’s election. Today they blocked the building of the Central Bank, the Prosecutor’s Office, the State Revenue Committee, and other buildings, paralyzing their work.