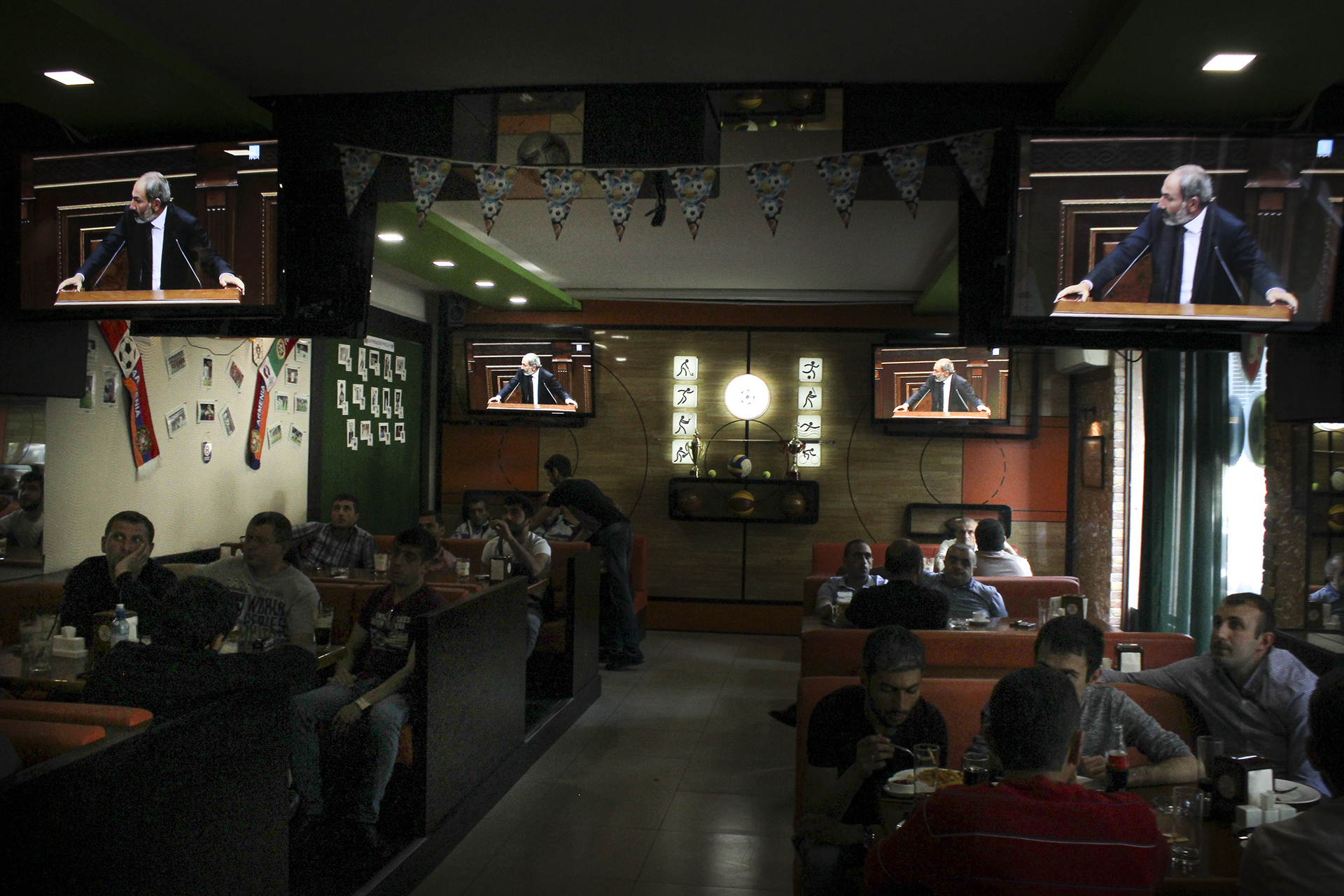 Photos by Anahit Hayrapetyan, Nazik Armenakyan, Nelli Shishmanyan, Inna Mkhitaryan, Gayane Harutyunyan, Garegin Alexanyan, Vaghinak Ghazaryan
On May 1st National Assembly of Armenia had a special session to elect the only candidate of  new Prime minister,  Nikol Pashinyan from “Elq” faction, who is also considered as “the candidate of people “. Thousands of his supporters had been following the session from the screens placed in the Republic Square. No matter where people were, in their cars, homes, cafés or streets, the whole nation was following the session.