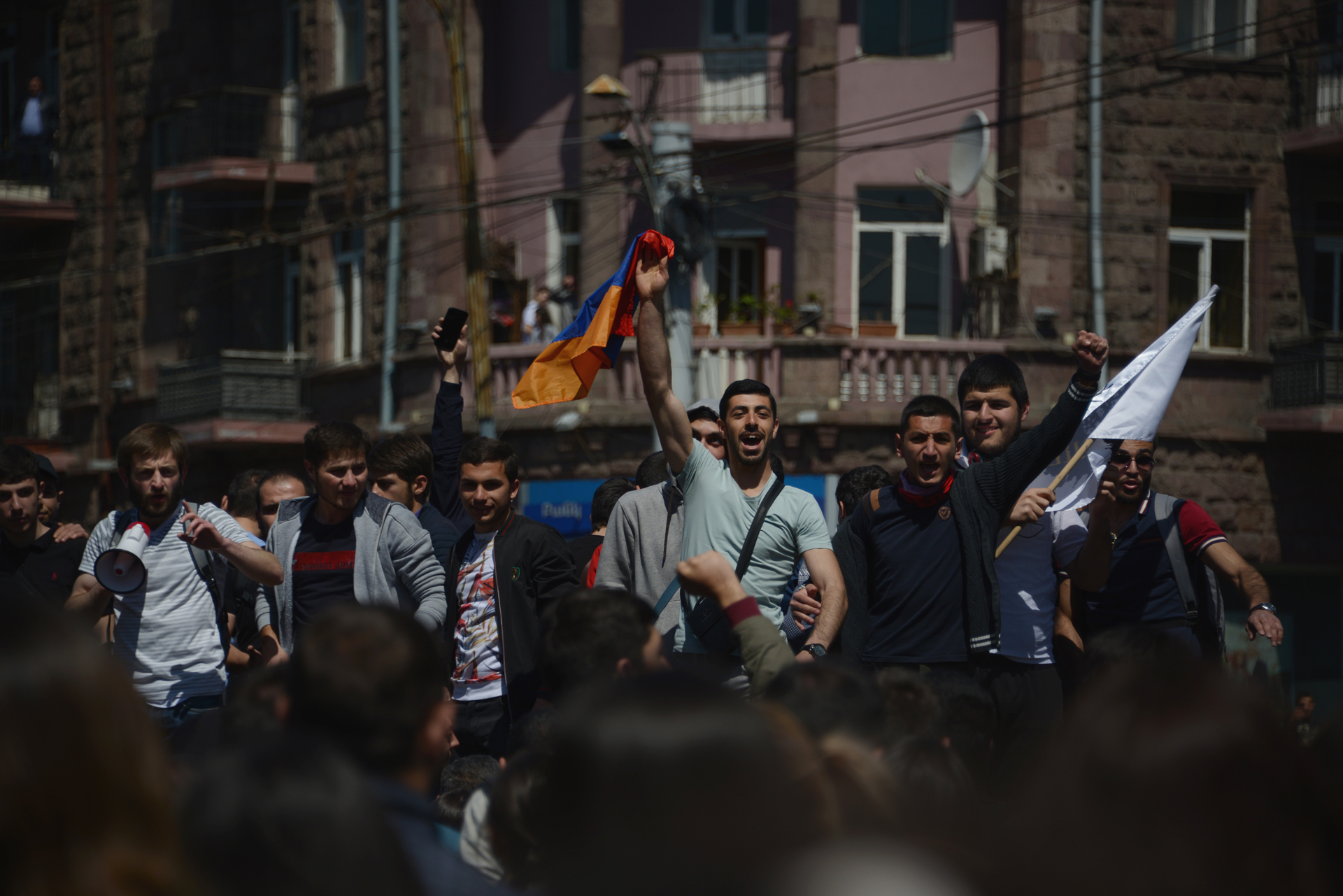 On April 16, at 8:00 pm, Nikol Pashinyan, laying on the front of the bus, closed the traffic of Baghramyan-Moskovyan intersection. This was followed by the closure of various busy streets and traffic disturbances – civil disobedience actions in opposition to Serzh Sargsyan’s possible prime-ministership. With the support of thousands of demonstrators, Nikol Pashinyan marched through a number of central streets of Yerevan, which were already blocked by various demonstrators.

By demonstrating civil disobedience, demonstrators oppose to the rule of Serzh Sargsyan and the Republican Party. Each participant of the “My Step” movement is doing his step. The police tried to close the path of Nikol Pashinyan and protesters several times to no avail. Pashinyan urging the citizens to avoid clashes with police and insults, moved forward with the supporters holding hands up and overcame the police barrier. The demonstrators went to several universities asking the students to stop the lessons and join them. “Come to the square and stand up for your victory, come to the square and stand up for your power,” said Pashinyan.