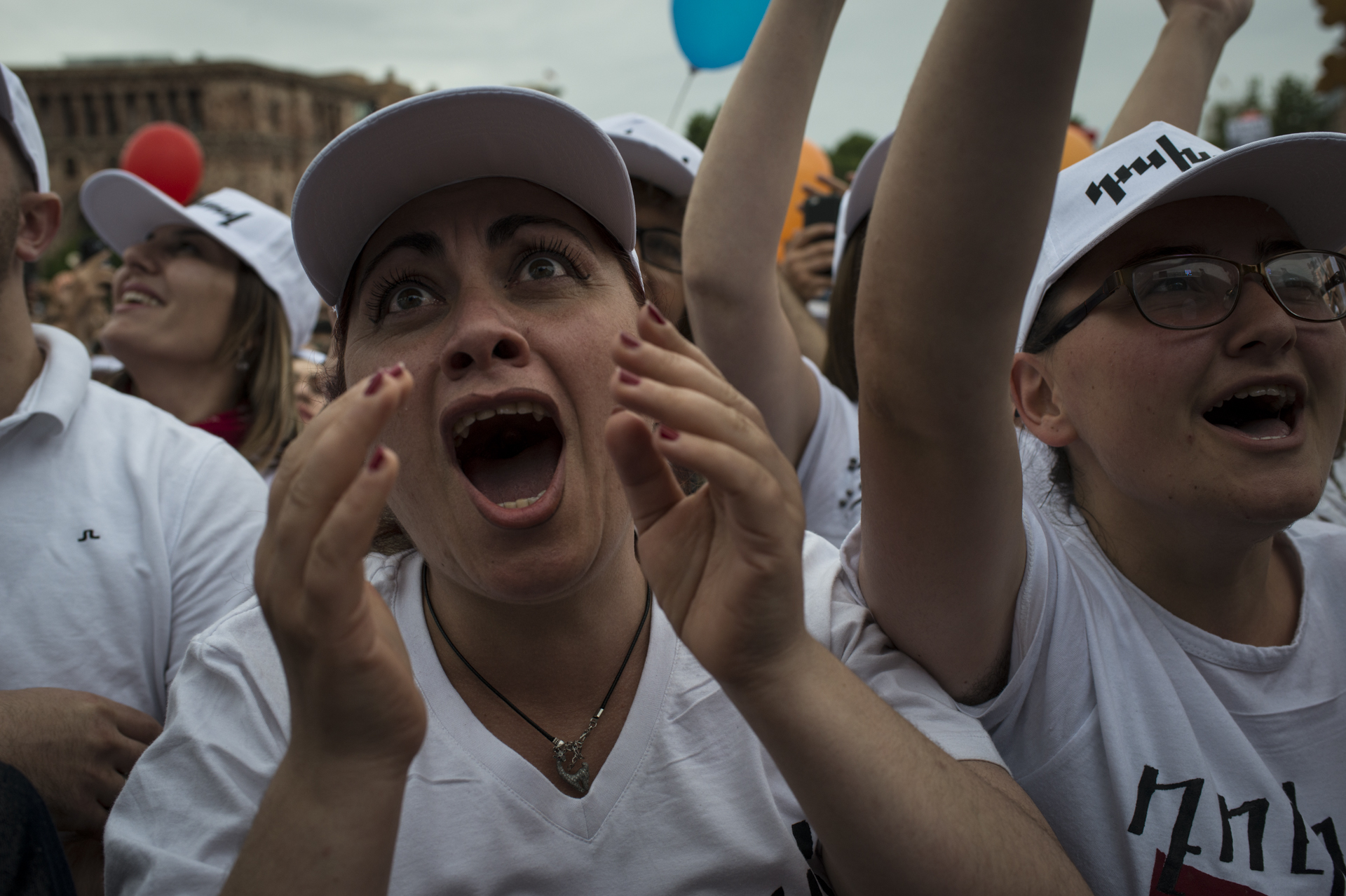 Thousands of citizens gathered in the Republic Square where they were watching the voting process from twelve o’clock. The newly elected RA Prime Minister Nikol Pashinyan, after answering journalists’ questions, rushed to the Republic Square to join the citizens to celebrate the victory.