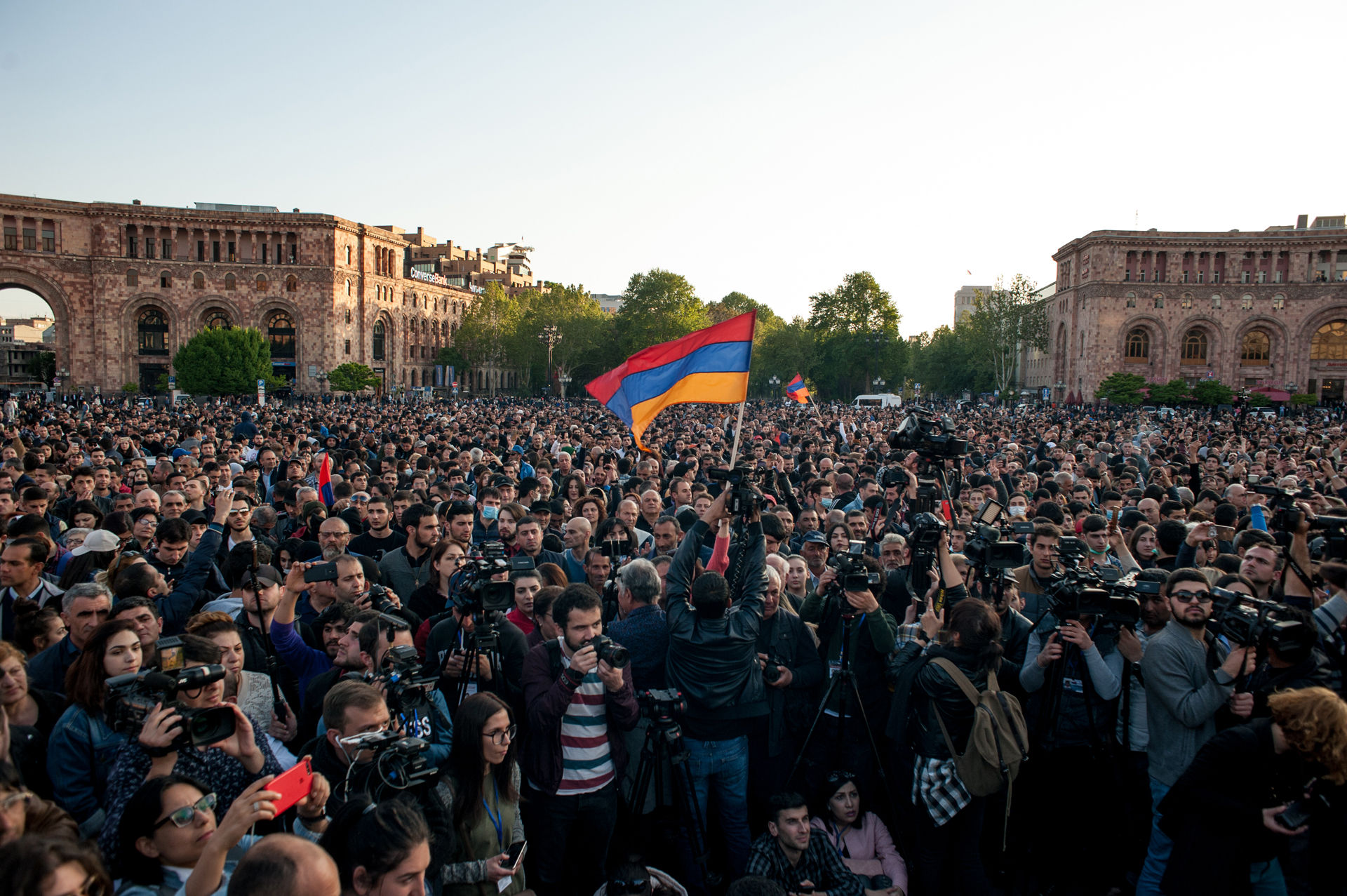 On April 17 with the majority of votes the National Assembly elected the Prime Minister of the Republic of Armenia. Nikol Pashinyan with thousands of students and demonstrators protested against Serzh Sargsyan in Yerevan and other cities by blocking  streets, entrances to three government ministries, the Central Bank and the Prosecutor-General’s Office for several hours. They also organized marches. In a rally that was announced to be at 18:30 pm Republic Square was crowded with the protesting citizens.