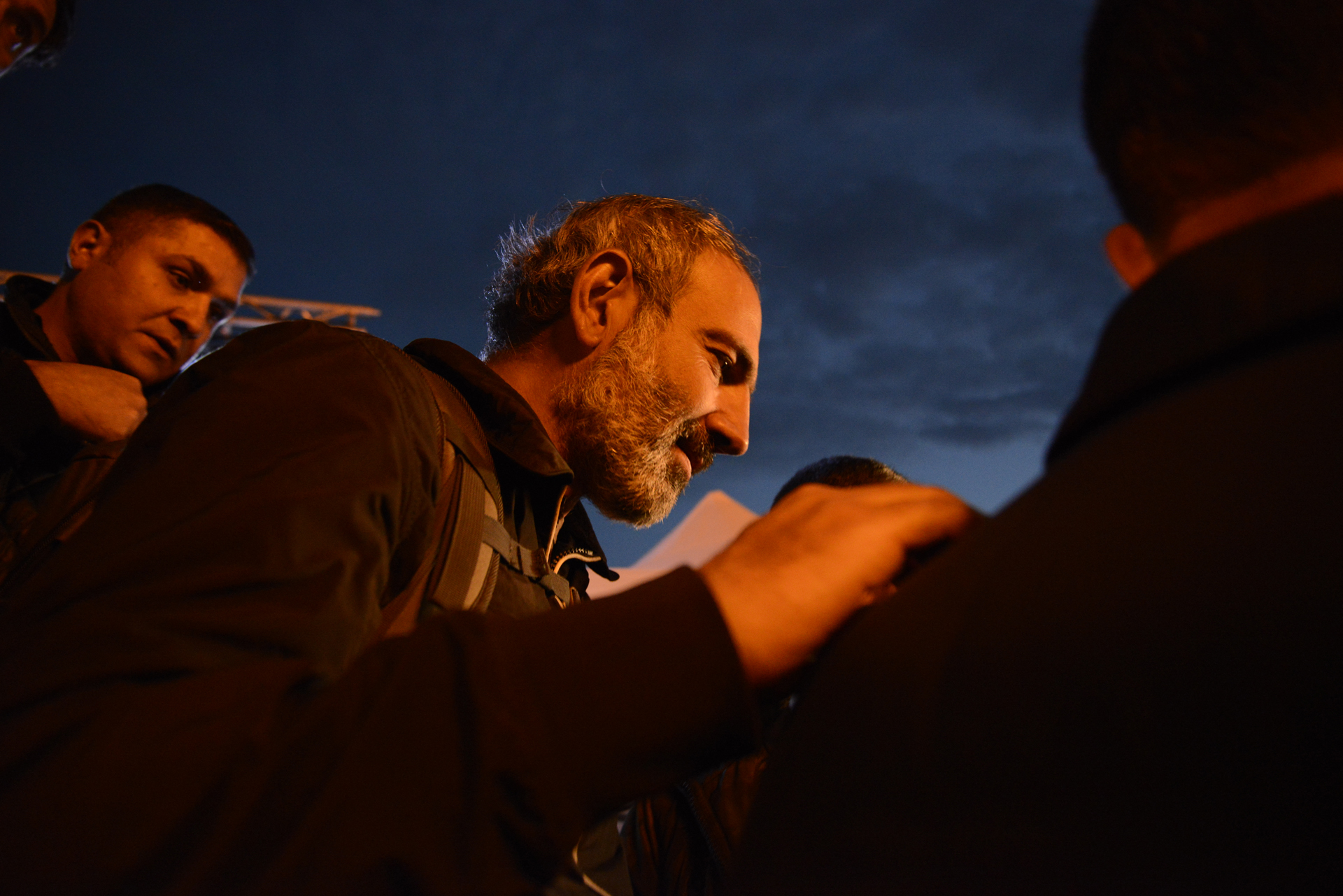 On April 30, student march began from the statue of Isahakyan. Passing by many universities, they stopped at the French Square and closed it. A number of streets and highways of Yerevan and regions were closed, a number of marches with different destinations were moving on the streets. The march lead by Nikol Pashinyan passing by many streets reached the Republic Square where took place the planned rally.