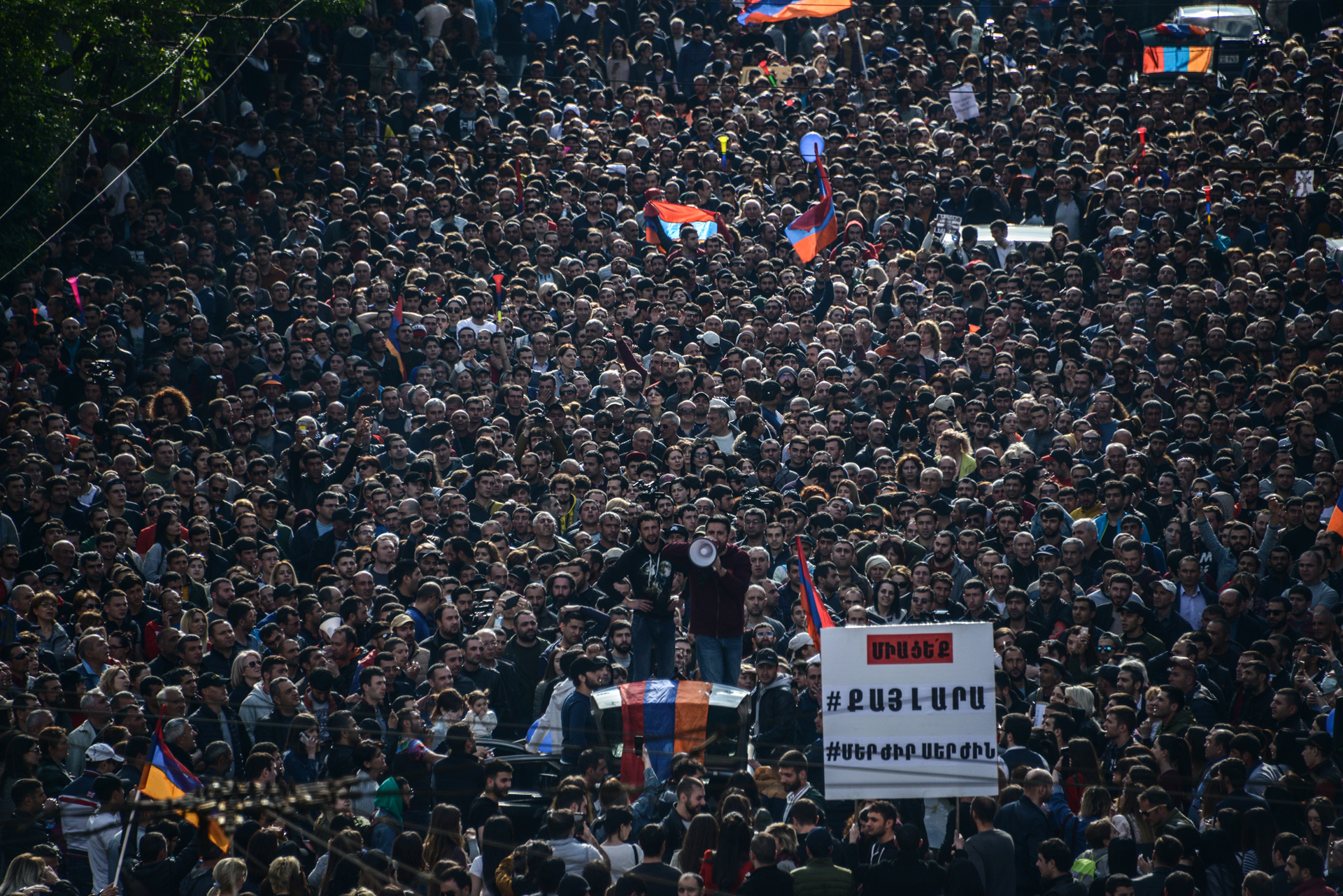 After 40 minutes from the beginning of the march, the police managed to remove the leaders of he movement Nikol Pashinyan, Ararat Mirzoyan, Sasun Mikayelyan to the unknown direction by using violent force and sound grenades. The location of Nikol Pashinyan officially is not confirmed yet. During the following hours, thousands of the protestors in front of the  Police Department of Shengavit, Yerevan demanded to set free illegally isolated delegates who have the right of inviolability and in order to arrest them, the decision of the National Assembly is necessary.

While during the day various departmental bodies were trying to terrify the population by the possible sharpening of the Artsakh issue, a number of Armenian honored artists refused their literary, architectural titles and other communities demanded the resignation of the Prime Minister of Armenia Serzh Sargsyan.
Today mass disobedience actions and rallies continued in the main Armenian cities and many villages, citizens carried on the closure of the interstate roads of Bagratashen, Haghartsin and Meghri. After his illegal isolation, Nikol Pashinyan called on his Facebook page to continue the peaceful actions of the civil disobedience and be in the Republic Square at 7 p.m for the rally. Masked people, wearing civilian clothing, prevent the peaceful marches of the citizens, beat them and break their cars. And the rally promises to be unprecedented crowded in the history of the Republic of Armenia.