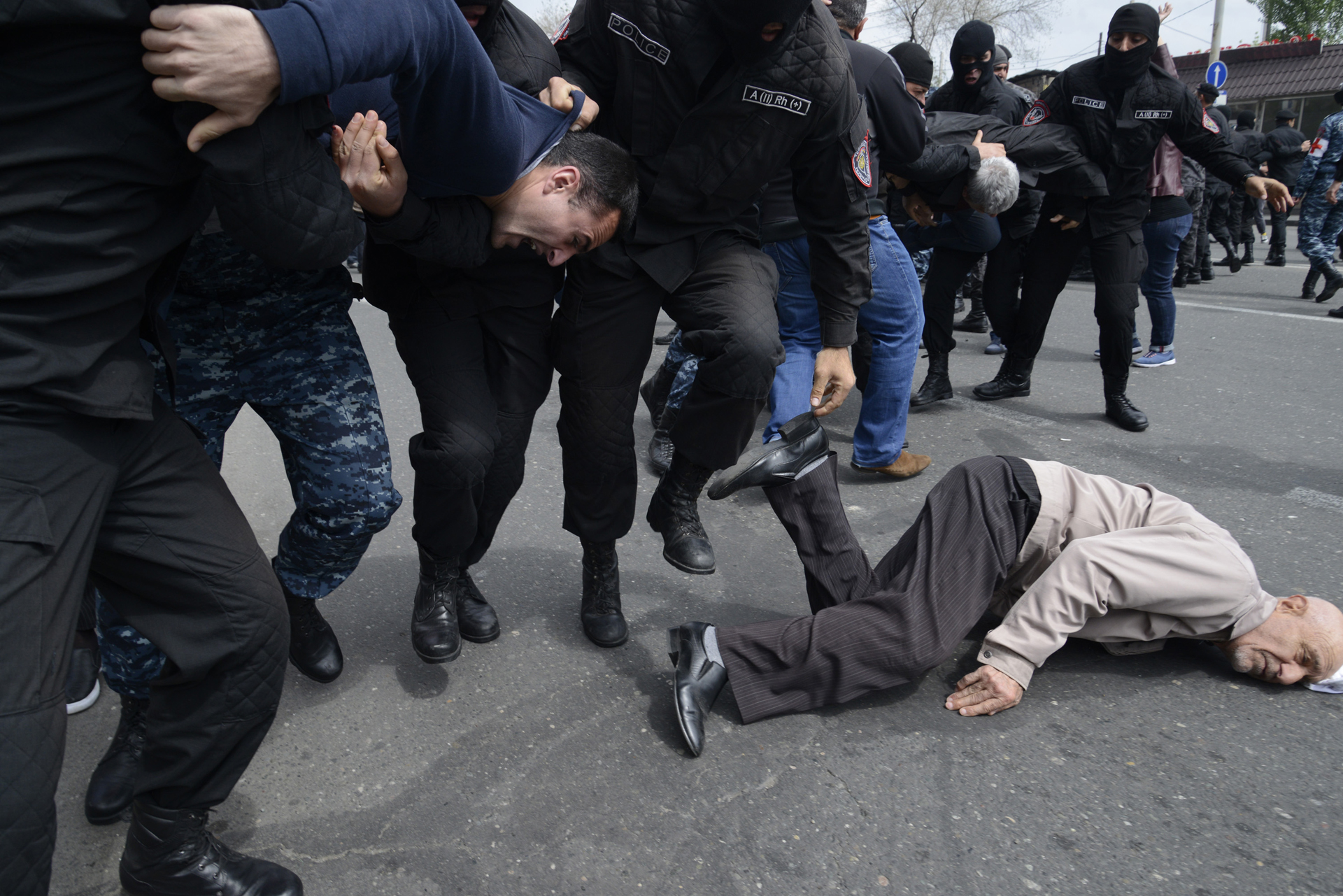 On the evening of April 21 it became known that the Prime Minister of Armenia Serzh Sargsyan is accepting the agenda. Negotiations about transferring the Power with the presence of the journalists took place on April 22, at 10 a.m. in the “Marriott Armenia” Hotel.However, the morning meeting of the Prime Minister and the Opposition Leader lasted only minutes.

Serzh Sargsyan left the place of the negotiations, reminding the events of March 1, 2008. He also stated that all the responsibility lies with Nikol Pashinyan. The latter, starting his march from the Republic Square, called the demonstrators to carry on their mass disobedience actions with a greater power  and reminded that the following is a non violent and  peaceful  “Velvet Revolution” of the nation.