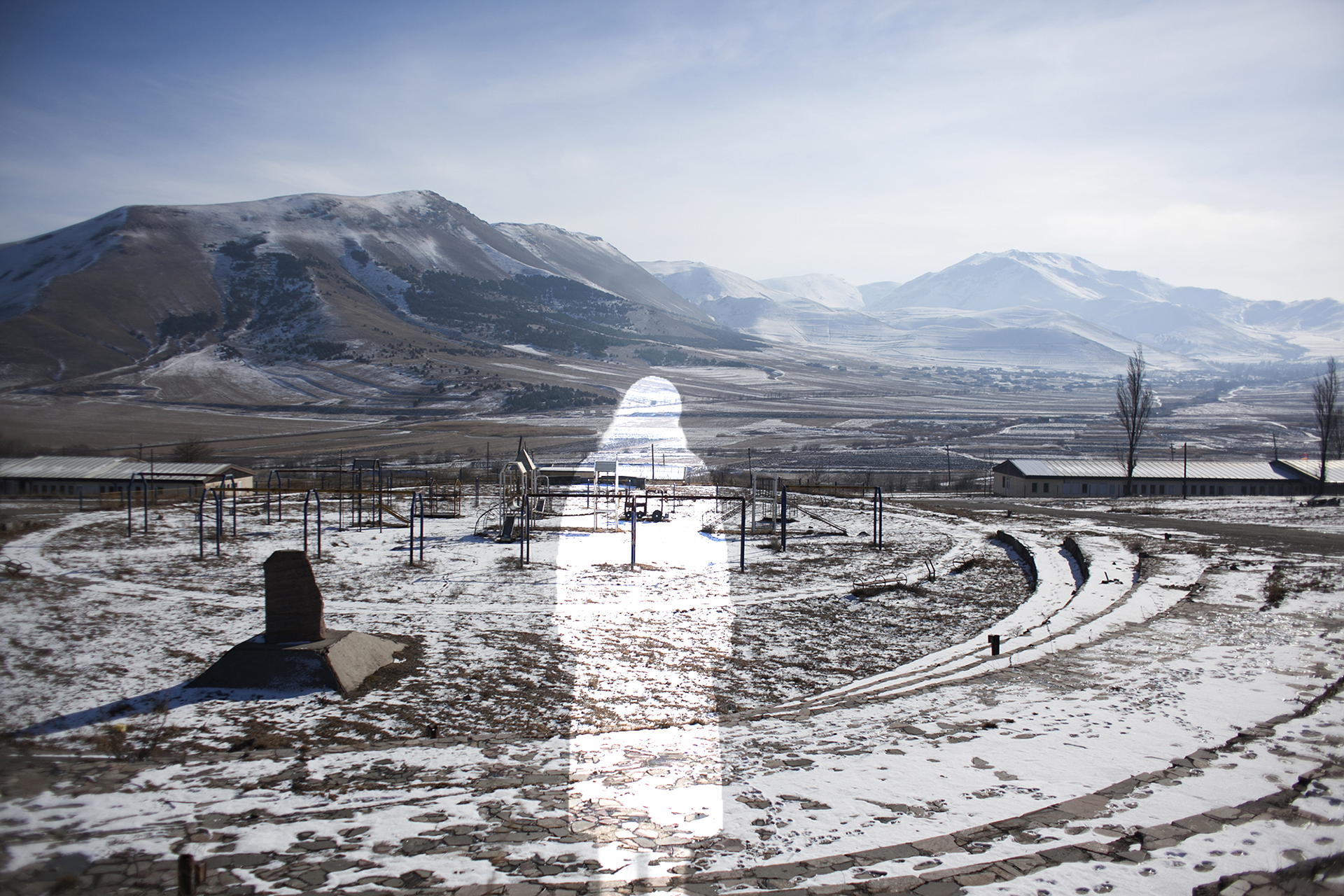 30 years and 1 month after the earthquake, I visited Spitak, the White City. It was quiet around, perhaps because of the layers of winter snow. Uncle Razmik drove me to the first family in a white Volga car.
“White powder was falling from the sky from helicopters. They said that this is a medicine for us not to go crazy and survive. How else could it be possible?”.

I listened to stories of 70-year-old Etera and his daughter, Armenuhi, a great while. These stories on disability, relief, single mothers, second mothers and step-children constantly took me away, making it difficult to focus on one topic. I noticed, however, that the word “step” was uttered in a whisper. Perhaps this was the most sensible of all topics. Perhaps we are too much affected by our fairy tales and cartoons that give a very negative image of the stepmother. In fairy tales they are always ugly, cruel and greedy. It is not easy to understand why these women have always been presented only negatively. In fact, some of them took upon themselves a serious responsibility: they were even chosen not so much as wives or lovers, but rather as suitable mothers for children. It is likely that most women left their quiet life and arrived in the earthquake zone. And there are many stepmothers with real stories in the fairy tale of Spitak, the White City. 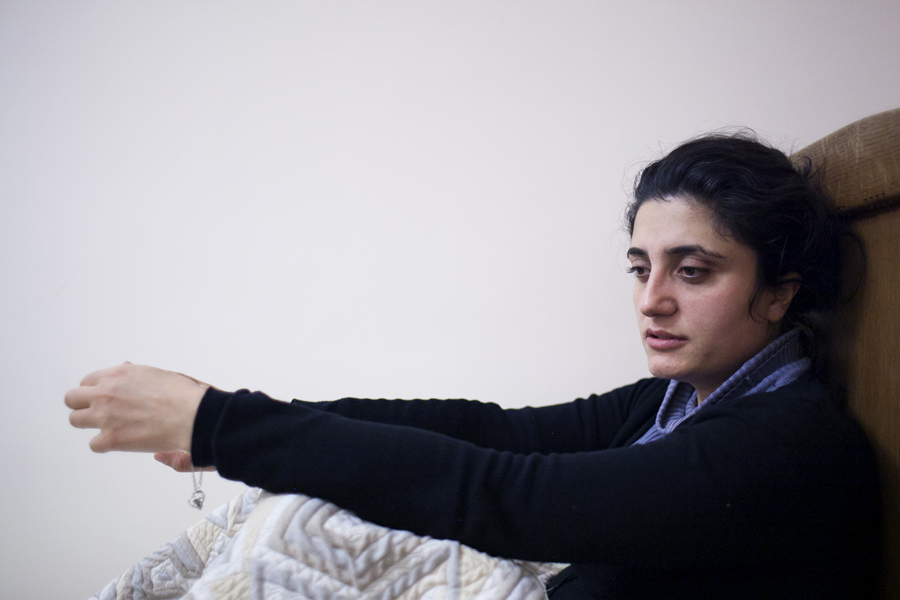 The earthquake is not about tin houses or miscounted numbers of dead. It never ends on the day of December 7th. My friend Angela always becomes worried and quick- tempered on this day.

For 30 years, local and international media employs the same materials and mourning music. Do you know what Spitak looks like today, 30 years later? When you lose a loved one, in the first days you have relatives nearby to comfort you. Then they leave, and you are left alone with your pain. This is how the White City cries in secret in the evening time. (Angela was born in Spitak, she was 2 years old then. She hid under the table during the quake. Her father died in an elevator factory, and her mother did not marry, raising her and her sister, who was born after the earthquake). 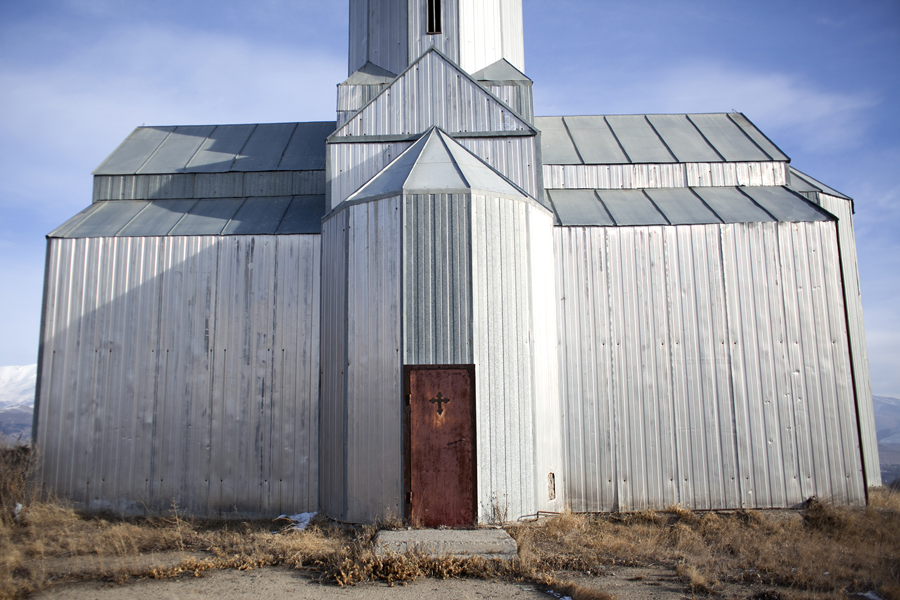 “After the earthquake, rumors were going around the city that the earthquake was a punishment from God for inhabitants of Spitak, who used the church as a warehouse in Soviet times. Quickly, near the cemetery a tin church was built for believers. It is not functioning now. 10 years after the earthquake, new church of St. Harutyun was built on the site of the old one.”

“Mrs. Tamara, we’re filming on the earthquake.” – “I am not related to it, dear!” “How come?” – “I arrived in Spitak one year after the earthquake, I know nothing, let me call my neighbour, she can help.” – “Please tell us your story! You left your quiet life in Yerevan and moved to Spitak?”. “Yeah, if not the earthquake, I would hardly have come. I was 28 years old, and my future husband came to visit me with his children. I helped his little girl in the restroom when she asked if I wanted to be her mother. I gave her a positive response. It turned out I gave my consent to the child. I knew what the step-motherhood was, I myself had a stepmother. I easily found a common language with them.” When we were to left the house, she added: “I nursed my husband’s father for 23 years”. 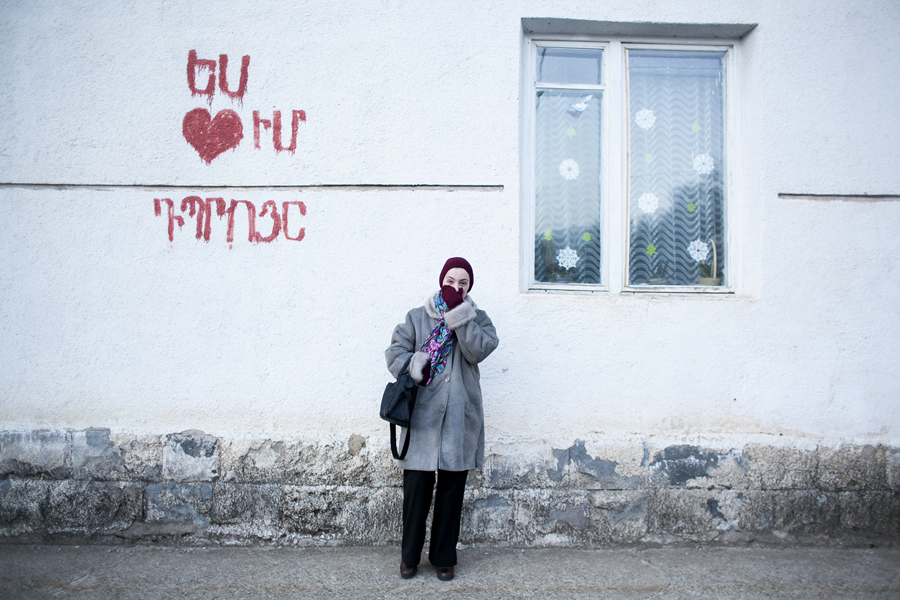 Once in a literature class, a girl who was a double orphan wanted to answer, and the teacher, who was my mother, called her to the blackboard.

Soft and low a voice breather o’er me,
Near me did my mother seem;
Flashed a ray of joy before me,
But, alas, it was a dream!

Everyone cried except for her.

“My father urged me to get married, he wanted me to have my own corner. I came here, and the living conditions were not even basic; I had to take care of two children and soon after that my husband went to Russia to earn, and he often could not send us money. Then my children were born. Now they meet with brothers, but it’s hard for me to remember any good things associated with them. There was nothing memorable, indeed, there was tension between us, and I didn’t expect anything from them … except attention, maybe. Whatever you do they still remain step-children.”

“Aunt Tamar, do you remember stepmothers in your area?” – “Yes, they were very friendly towards each other, I remember how they gathered early in the morning, wearing peignoirs over night suits, holding cezve and sweets in their hands. They had common interests. Most of the stepmothers were from Vanadzor and Aparan. My brother didn’t marry. We strongly convinced his little girls not to resist and help his father to marry. I remember once he was traveling to Vanadzor on business, and his daughter, Varduhi, who was then 6 years old, asked him to bring a mom from Vanadzor, but one with a ”label”. I raised them. Often they made me angry, but I wasn’t their mother and did not allow myself any rights. I was very tolerant and patient with them.”

“Once at school we received a request to write an essay about our mothers. I was the only one in the class without a mother. I hardly remember what I wrote there. Something that touched my teacher, who ran to our house with my notebook to apologize that she was inattentive to me. Later, I asked my father to bring us a mother, and he soon got married. She was from Aparan. In fact, the stepmother is not one of the cruel tales. We welcomed her, and the number of our relatives increased. I spent my childhood in Aparan with my second mom’s family and friends.”

“I came to Spitak from Yerevan. We lived here in a tent. When my father visited me and saw the conditions in which I lived, he offered to return if I wanted. But there is a saying: “getting on a donkey is a shame but getting it off is a double shame”. I have seen many hard days full of tears. From the first day I asked the girls to call me by name. Children who have lost their mother will ask for attention and love, and they will never refuse it if they get it, it was obvious… I remember that my youngest was too lazy to study, and it was very important for me, because I was a teacher. Once I entered the room and began to collect my things, telling her that I would leave if she continued to study poorly. She began to cry and asked not to leave, indeed, later she began to study better. There were many cases in school when I was asked to artificially raise the marks of students affected by the earthquake. I did not agree, I raised my children without feeling pity for them.” 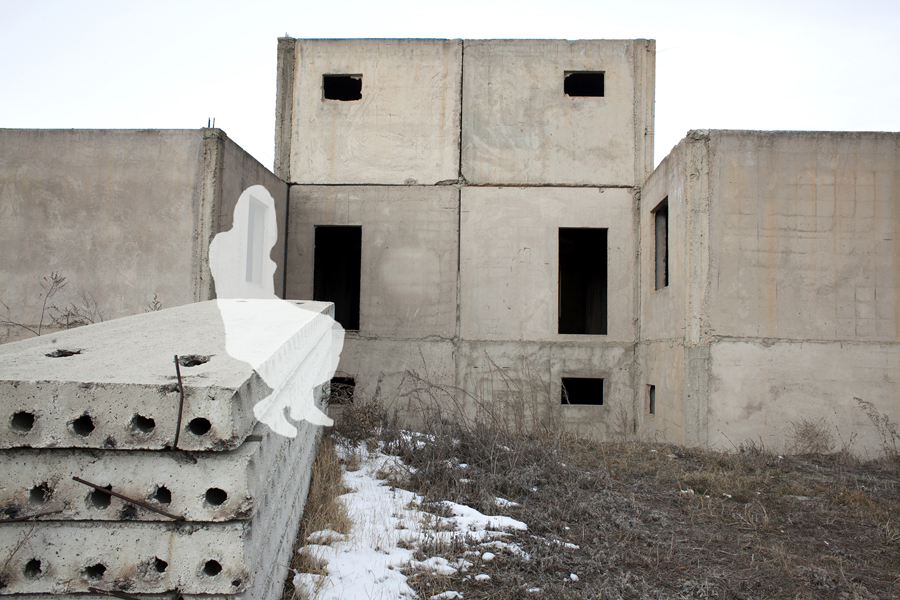 “I had a strong memory of my mother but I was ready to accept my stepmother. I didn’t like when she sometimes tried to take the place of my mother. Offended, I found comfort in my grandmother’s house. Then I came back home. I was rebellious by nature, but the only conflict we had with her was with the memory of my mother. I was 15 years old when gossip was spreading around me. Even that I flirt with my cousin. Soon after, I was forced to marry a man I hardly knew. Now I have children and a family, but I’m sure that I would have another life if my mother were alive. Well, I don’t blame my stepmother, maybe my father was not strong enough.” 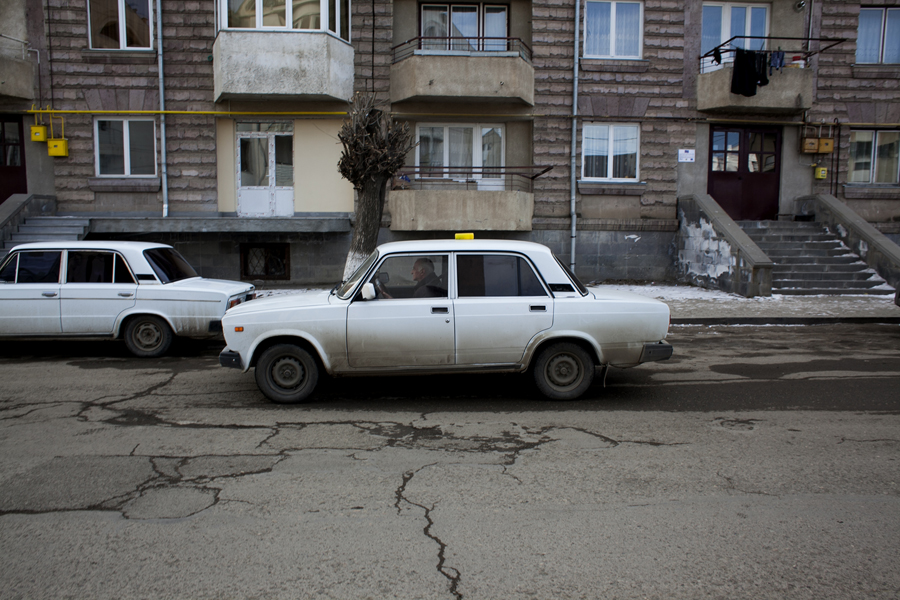 Armenuhi called a taxi driver: “Uncle Hamlet (name is changed), please come to take girls to YMC).” He knew where to take us, so we were silent. Then I broke: “Uncle Hamlet, we are here to make a report about Spitak.” – “About the earthquake?”. His face was lost in the dark. He was in no hurry to talk but I did not bother. I had the feeling that he was a man of his word.

“I was in the car. Wait a minute … right here at this place: the earthquake has begun. I stopped the car. I noticed an old man who reached out and hugged the huge tree. I continued to follow his actions when the earthquake ended. He still hugged the tree. I approached him and tried to disconnect him from the tree. He slid to the ground.”

“Then I run to our building, which was very close. My mom and my 6-year-old son were there. I found them in half an hour, but both of them did not survive.” He reduces the speed of the car and adds.

“It was a car of the same brand. My wife and I stayed 6 days in the car with our child. I could not say goodbye”.

I quickly got out of the car, eyes were wet. Uncle Hamlet said no more. It was about the earthquake.

* Characters who had no desire to be photographed are presented in the form of a photomontage.
Photomontages by Michael Muradyan