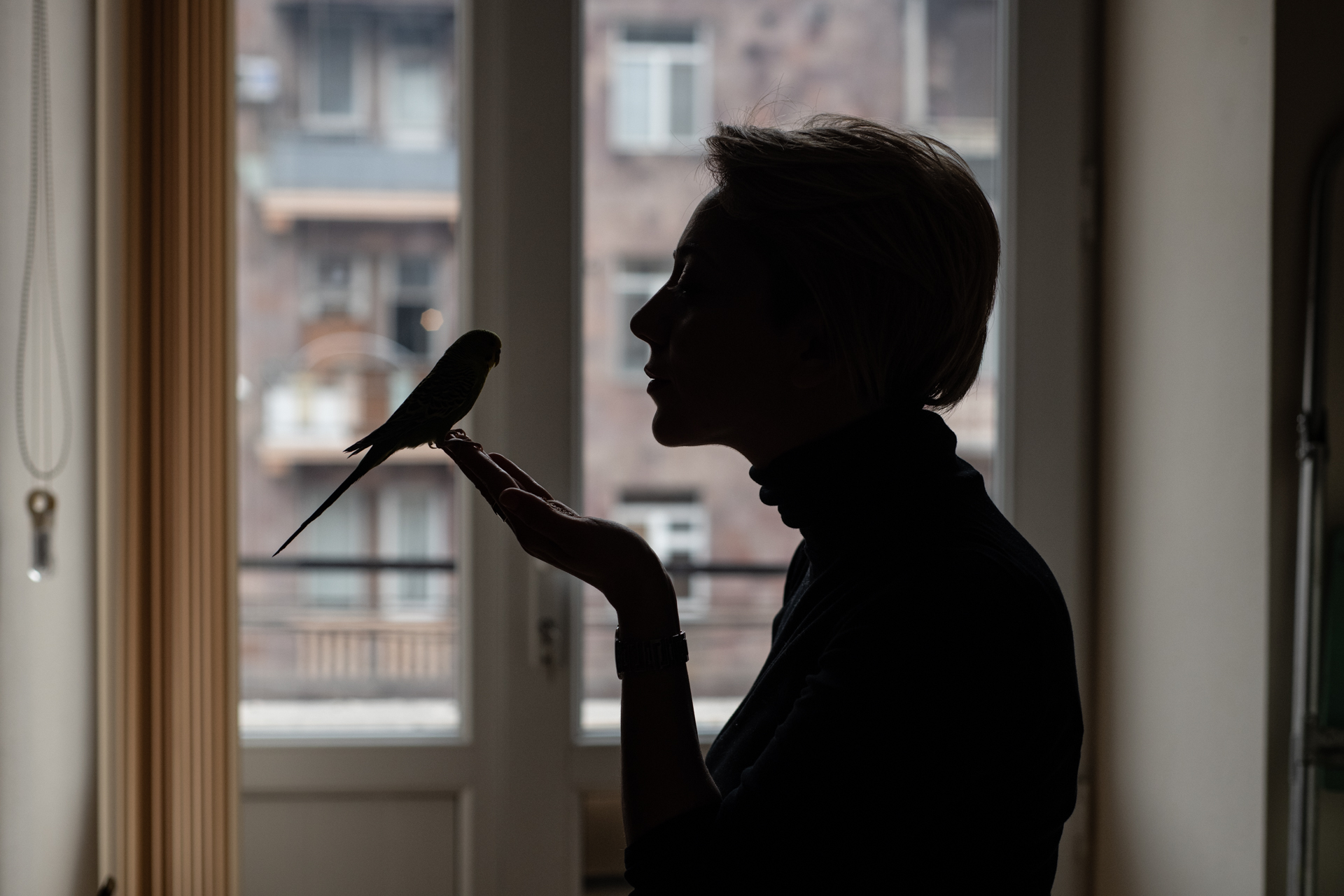 I had decided right from the beginning. We both had a distant respect and trust for each other, but Anna asked for some time to think. It was a new experience for her. For me too.

During our first conversation Anna said that her life is fragmental now. She hurries from one place to another. Endlessly. I began to follow her in different environments – at home, at her parents’ place, during her interactions with her friends and coworkers, at the classes of English and her theater rehearsals… Sometimes distantly and far, sometimes very close – at an open arm distance.

During some points of closeness I would think that new layers would open up now, but there happened stops. It was strange. Was I violating the frames, which I had tried to create so long. Was I violating the “rules” of the interaction between me and images. I have photographed Anna in different environments, in interaction with different people. Anna’s actions of stopping time, her images have themselves become fragments.

It was an interesting experience of forming my own understanding of Anna in a visual way. The conversations with her and her photographs continued to affect me when I was no longer with her. While photographing I would forget my initial intent of discovering her uniqueness and varying layers, I would not view her directly – her face, her appearance, her character, and identity. 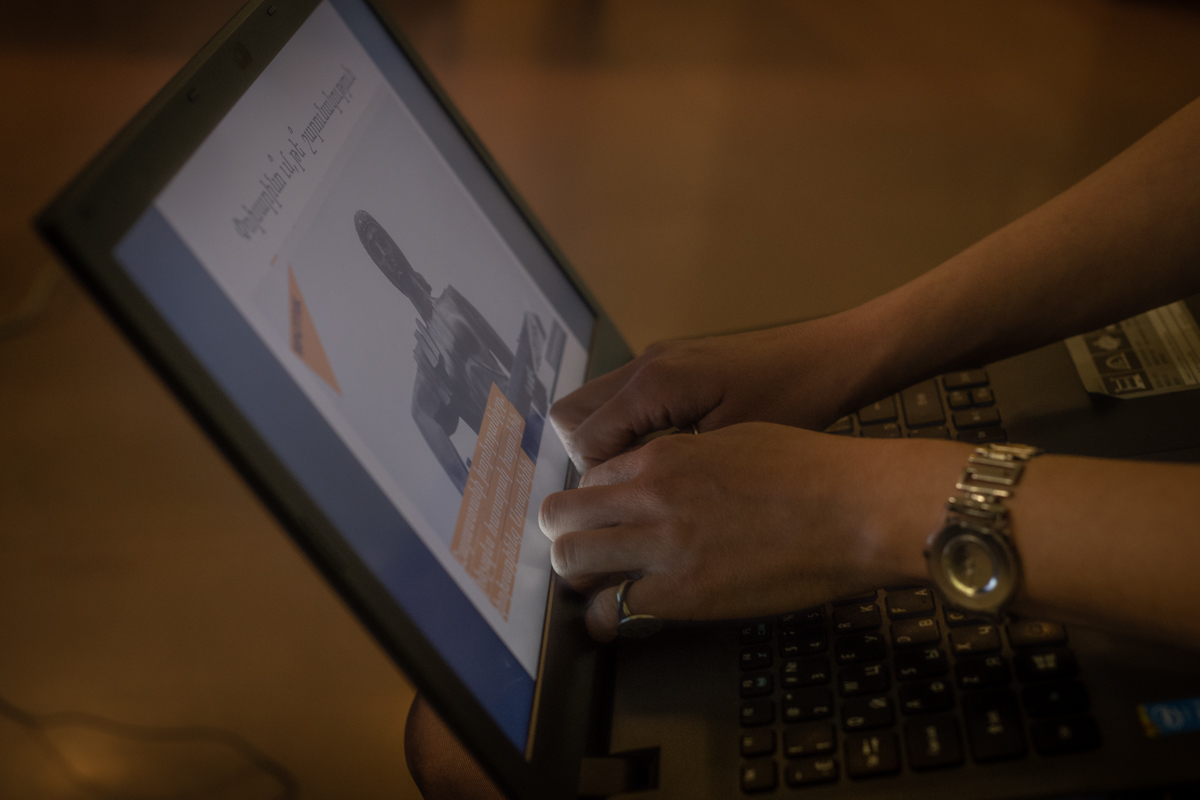 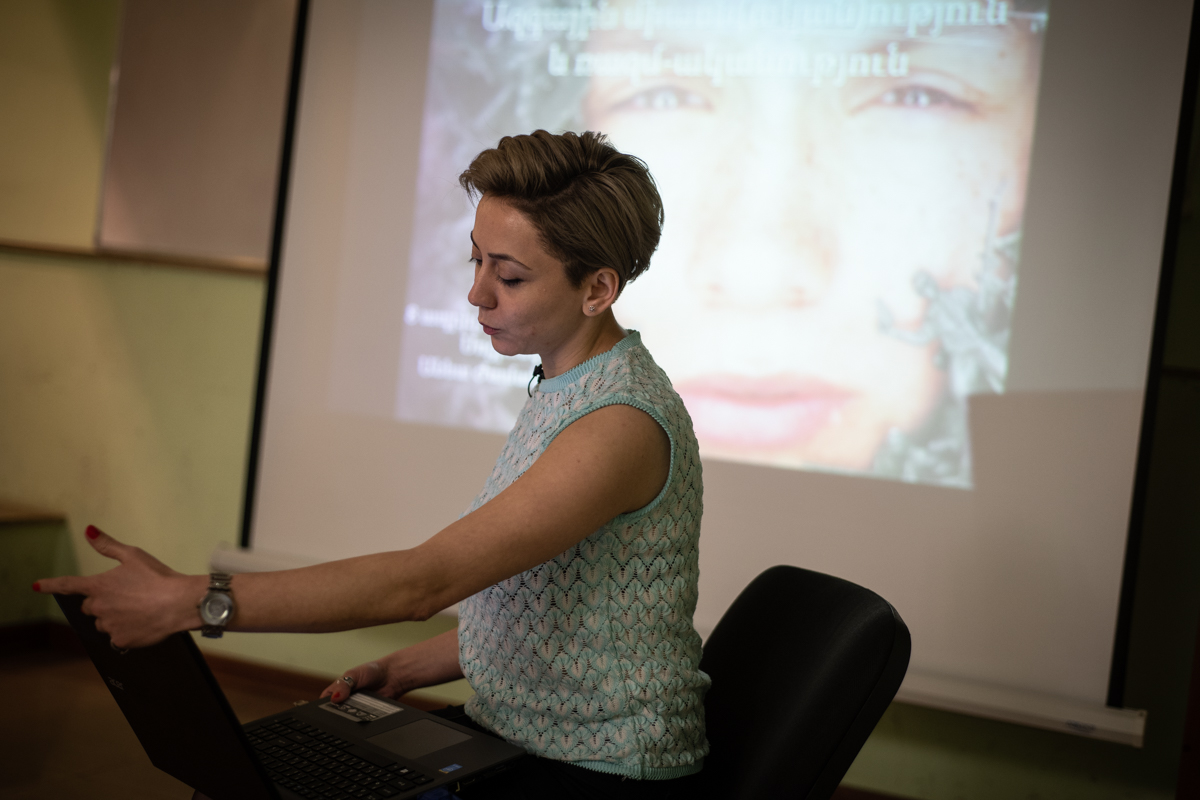 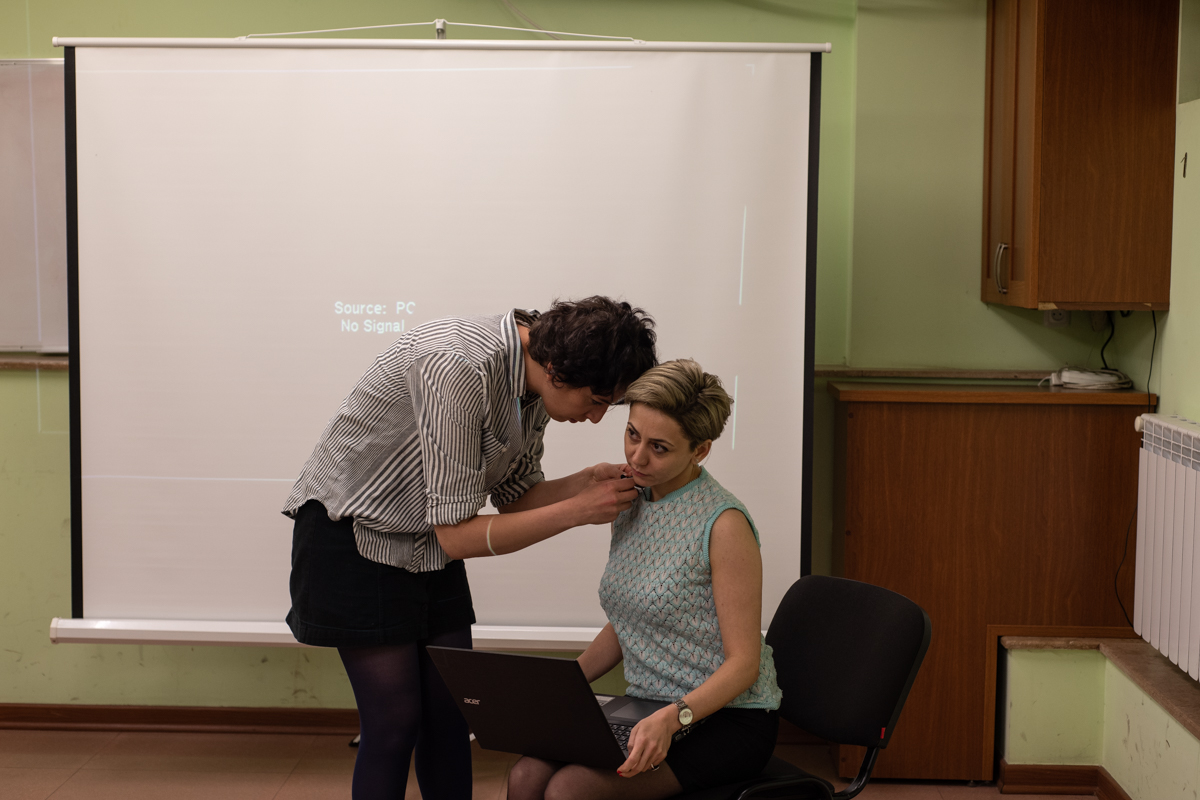 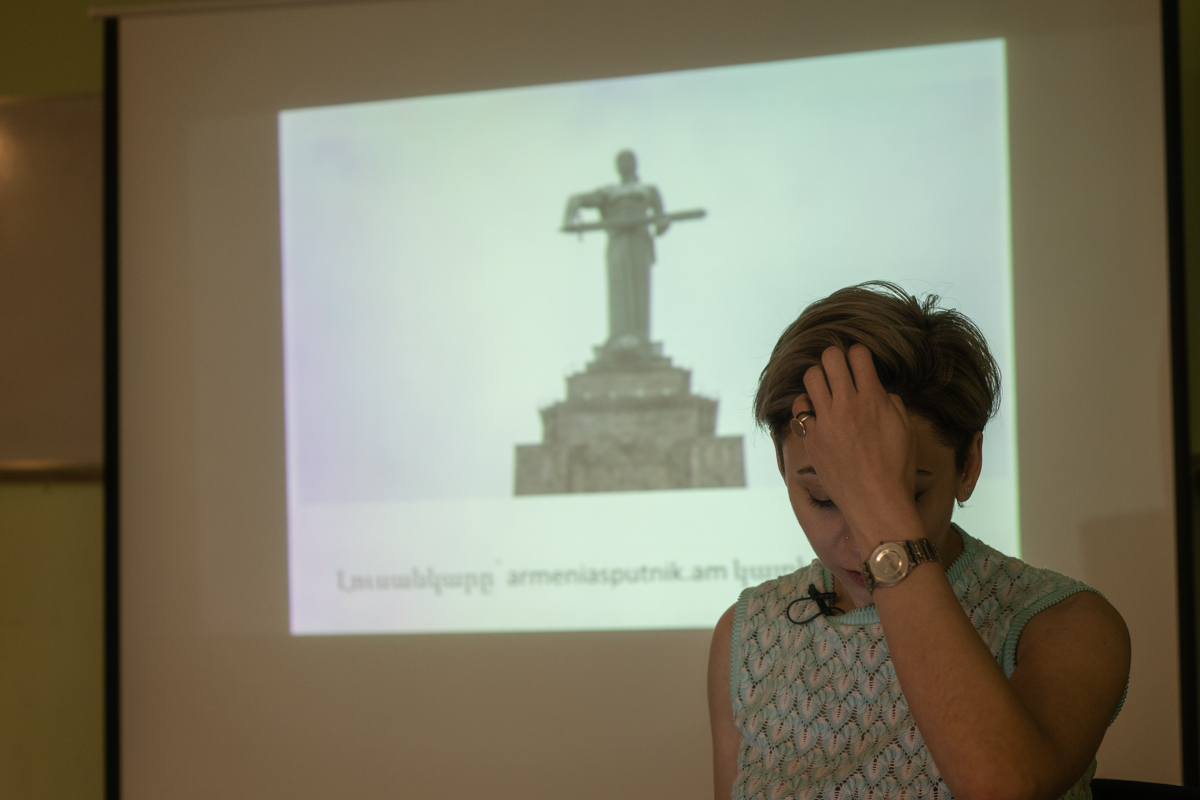 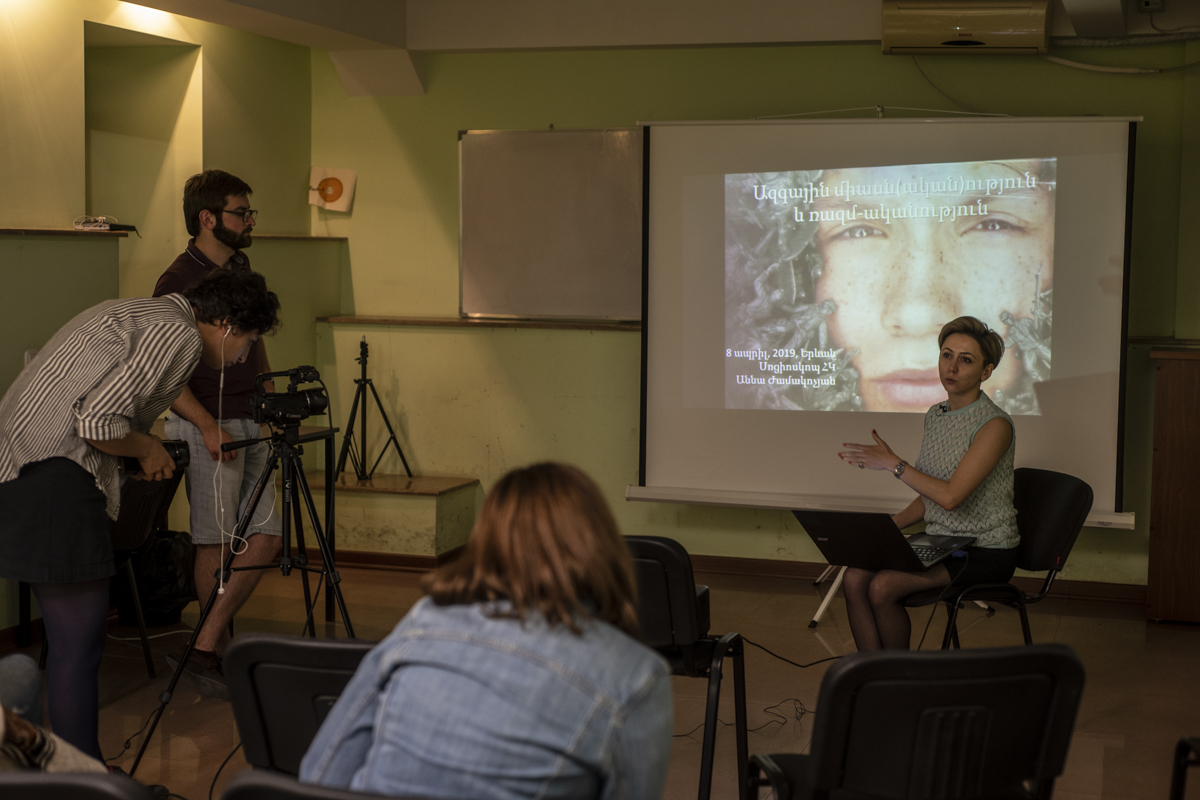 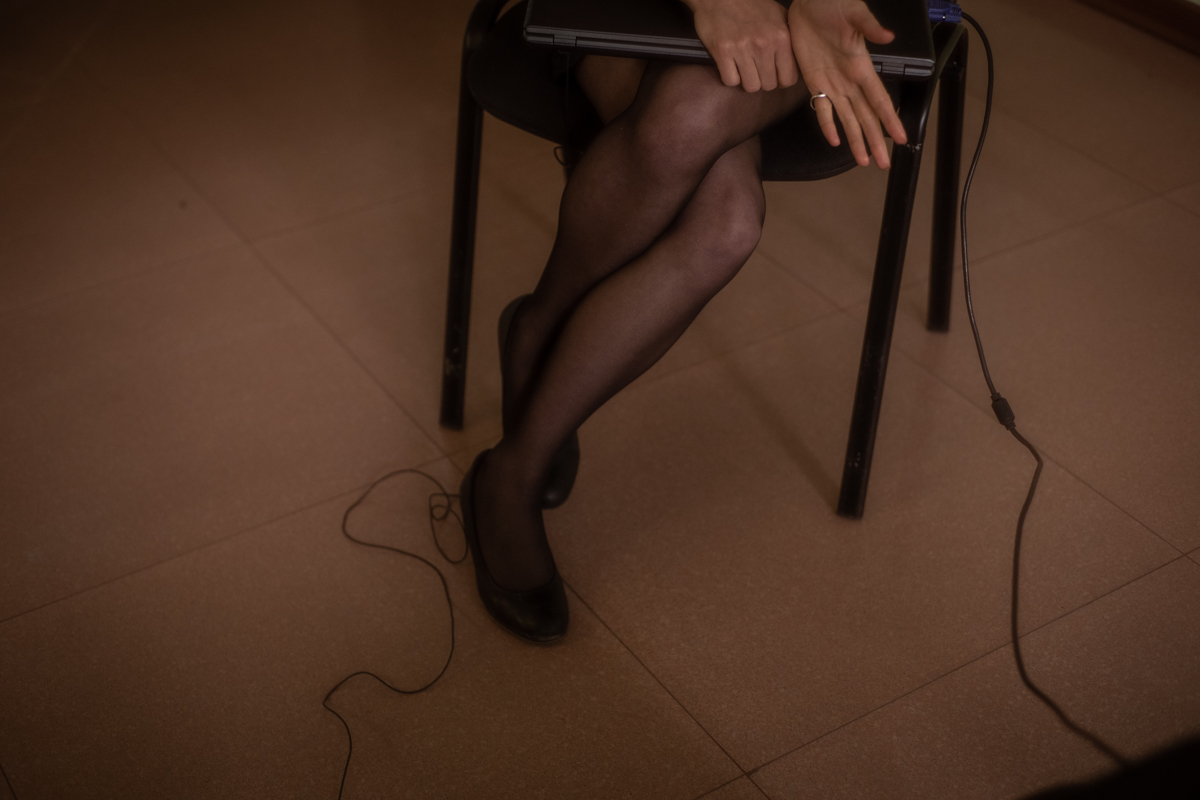 “Socioscope was founded in 2008. We have begun by working for human rights, but by the time our approaches have become clearer and more mature. Now our priority directions are gender, civil society researches, we are also thinking about going for social, particularly, labor rights. Another topic is militarization. On the whole army is a very interesting, important, showcasing institute, which shows very precisely where our society has reached. [Anna Zhamakochyan is a sociologist, researcher, the head and one of the cofounders of “Socioscope” NGO. Anna during the classes “Between Military-zation and In-security”.] 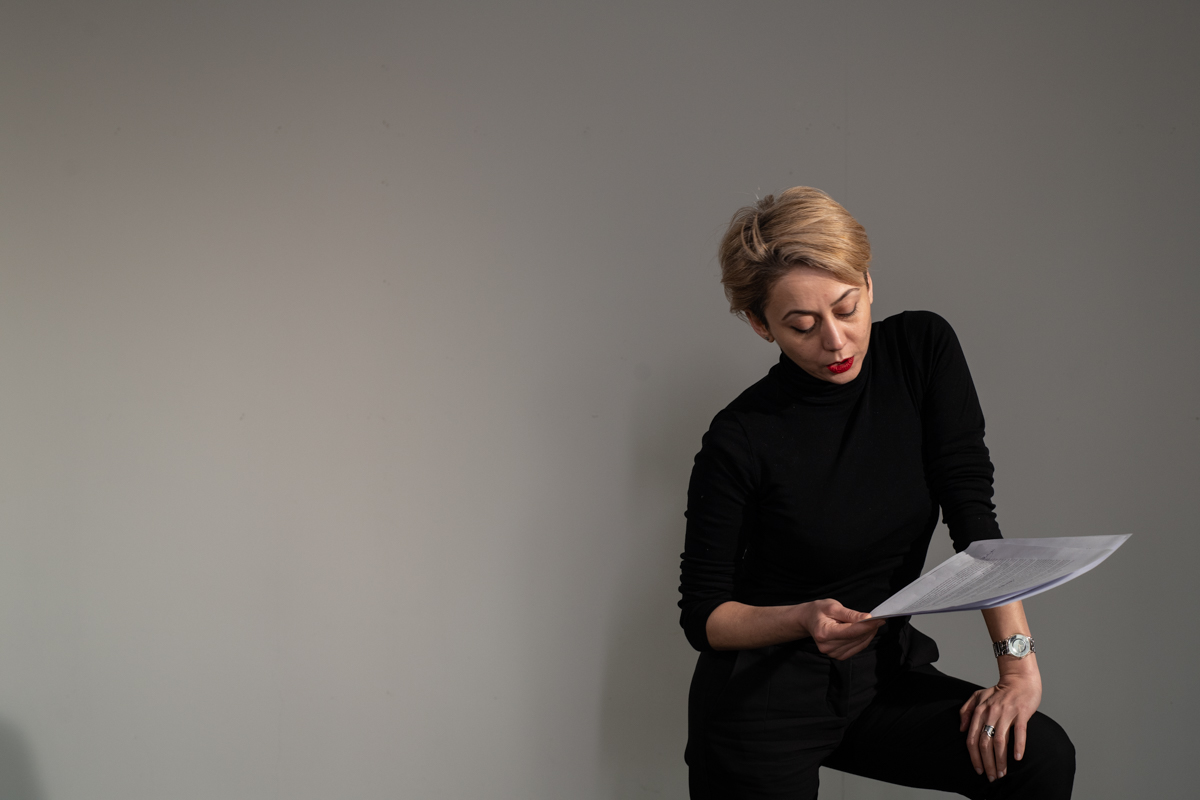 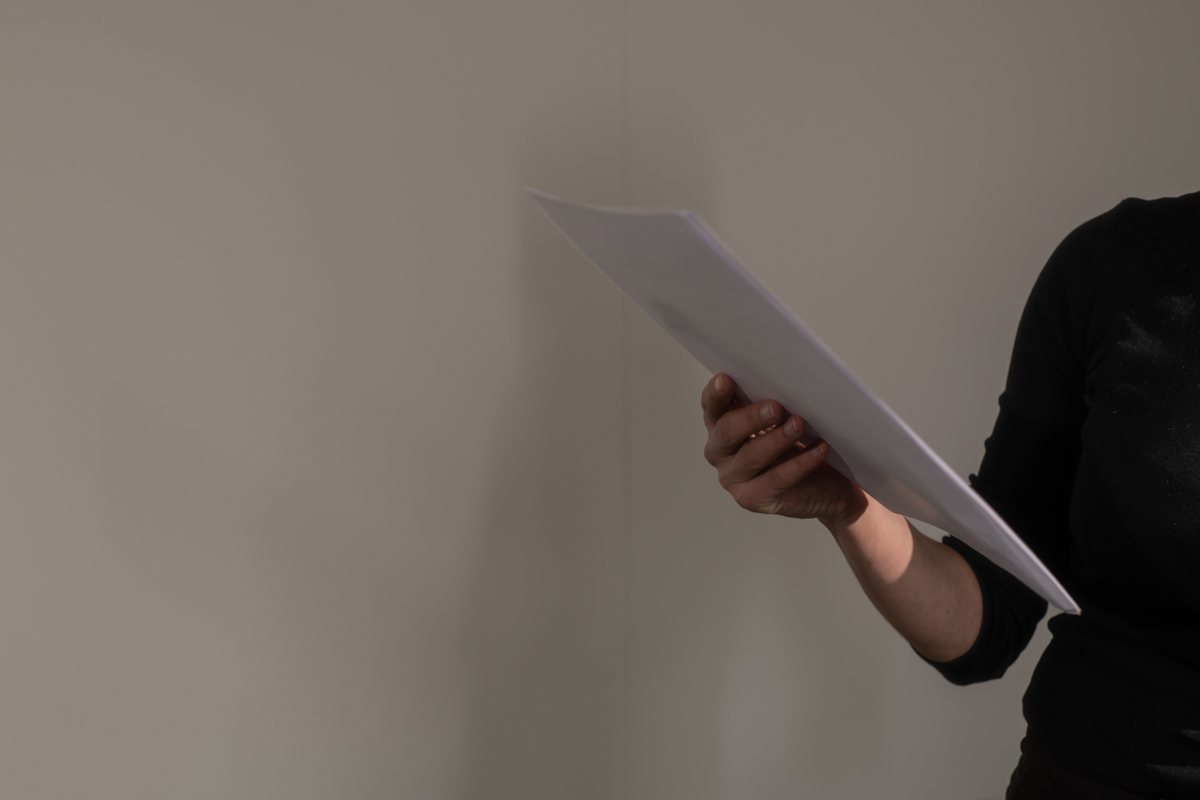 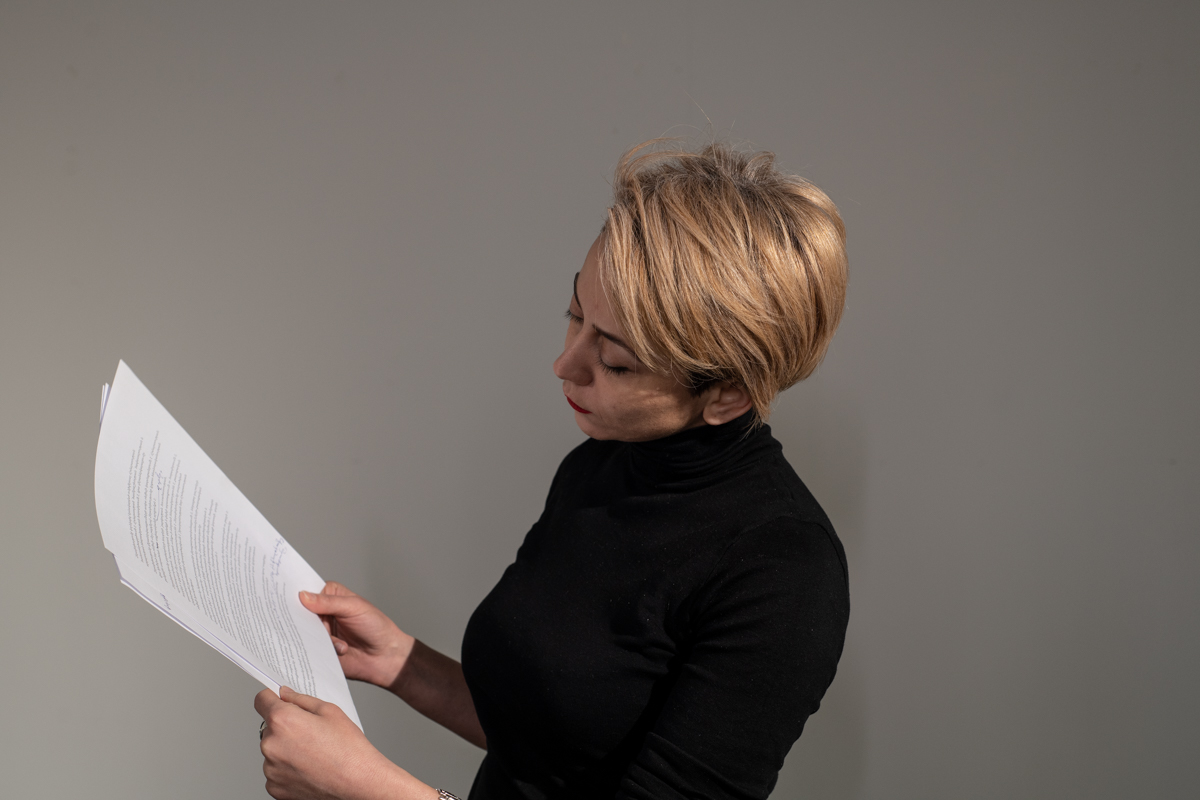 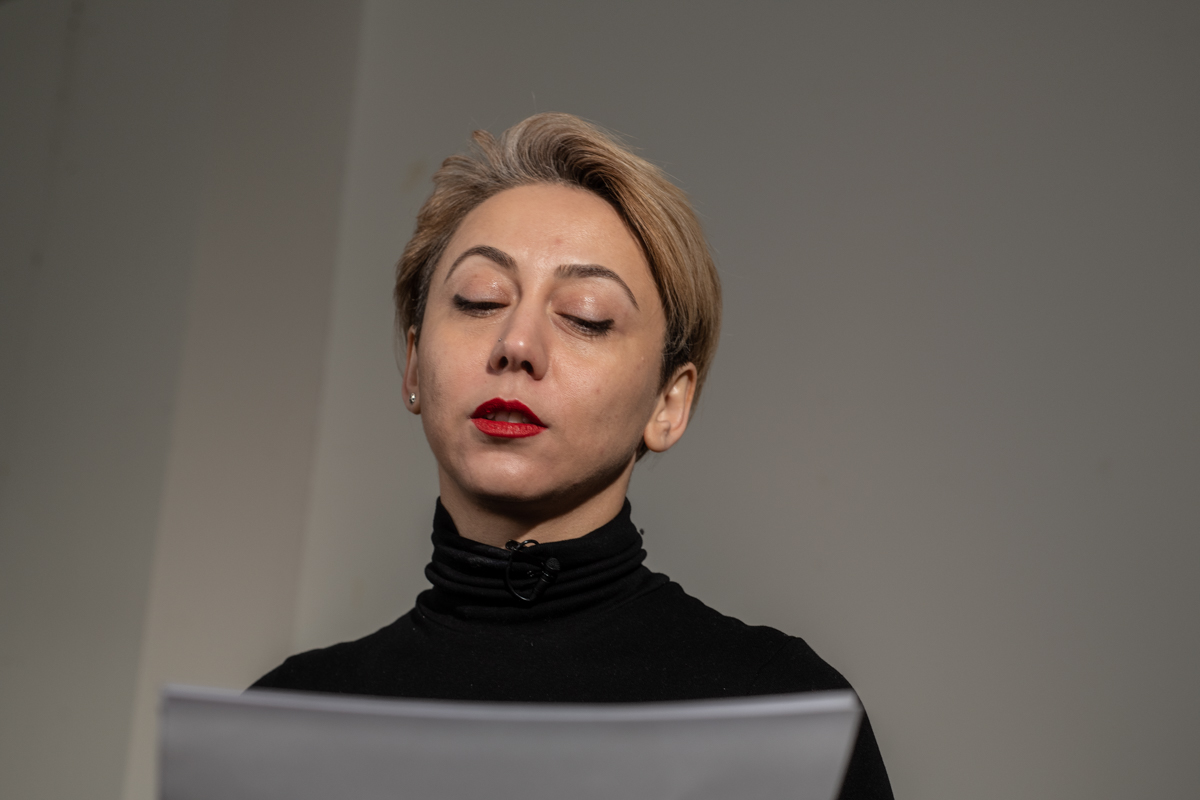 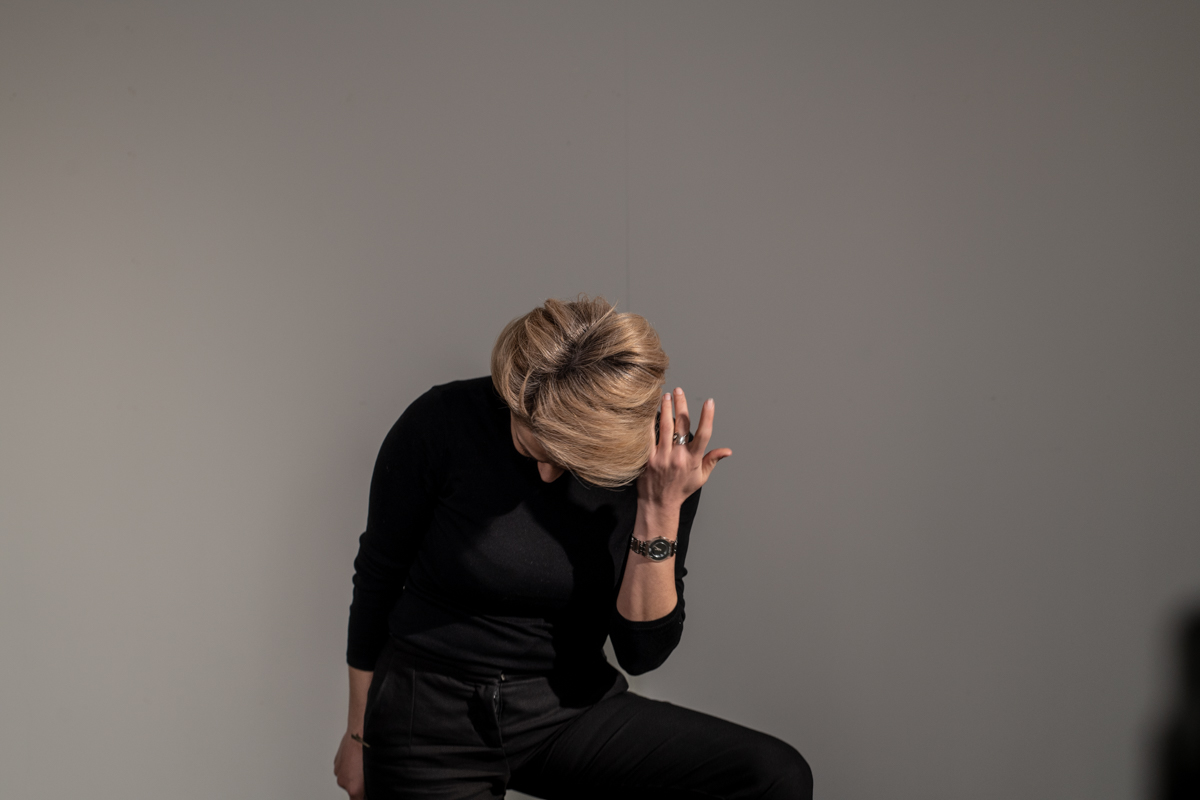 “I think we are in a complicated situation now, but it is the most interesting time of Armenian history, the days we live are very important. It’s like we are walking on the edge of an abyss, and you don’t know where this road leads us to. Nothing is definite, but it’s important that there is an animated process. We may fall into a situation where everything is worse than before, and we may also find the right flow at last. I say right not in the sense of unique, wonderful conditions, but there can be a situation, where occasional reforms are possible, good changes, so that this really becomes a revolution. Now we are in a process, and I feel, that our resources may not suffice.” [Anna Zhamakochyan reads her manifest-poem “Revolution: an Event of Returning to the Reality”, which is being showcased at the Armenian corner of the International 58th Biennale of Venice.]