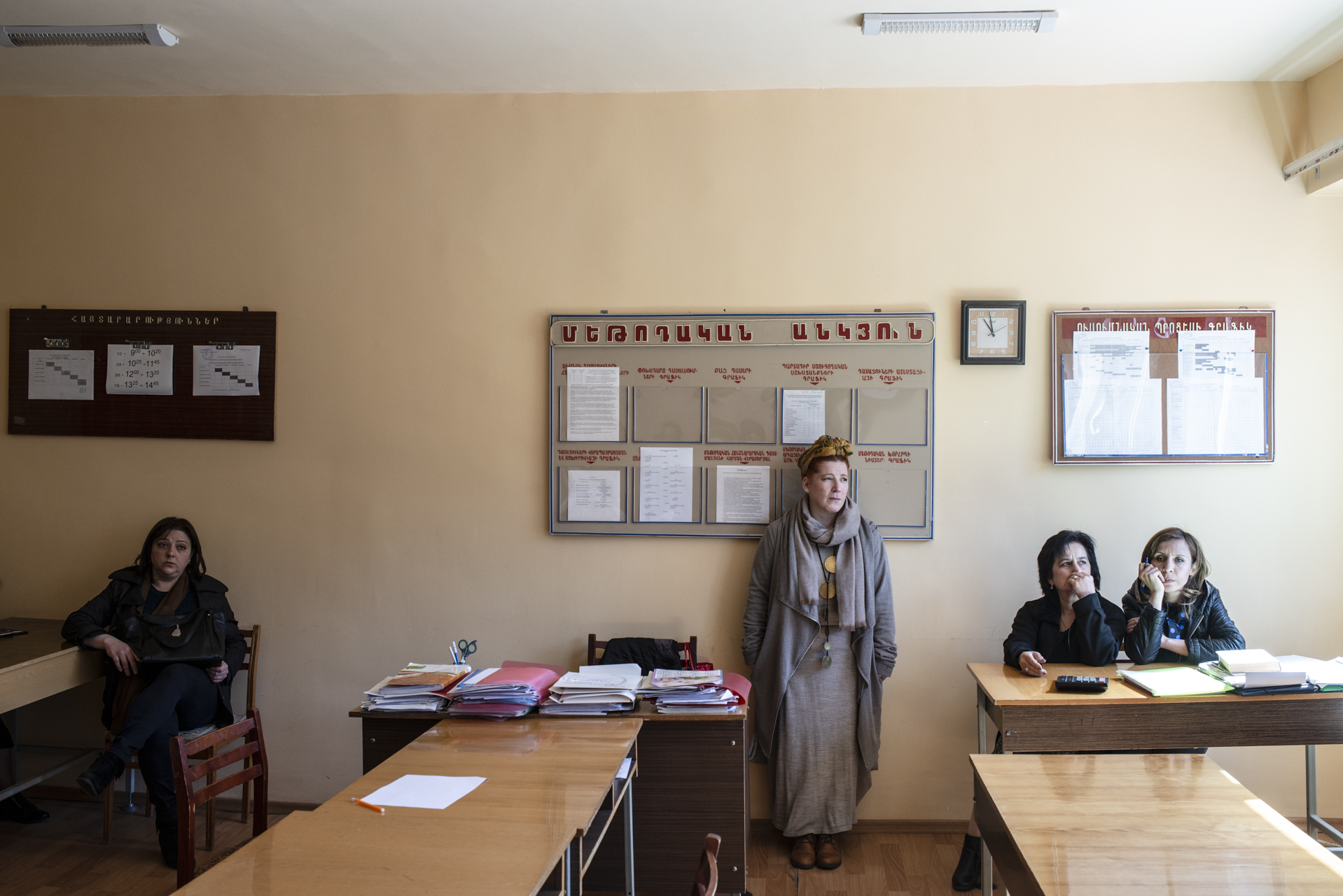 9 am. Made’s large and light room begins to stir. What goes on in the room seems chaotic at first glance. Maybe the reason is that there is a constant movement, discussions, humor, noise. Natacha seems to be dispersed in all this, and it seems to me that she is everywhere. I try to understand what’s going on, what materials they use. Metal, wood, stone, clay, paper, wool, textiles, paints, glue…

When I came to Made for the first time, it seemed for a moment that I was dizzy, and I grabbed a sponge dipped into paint very hormonousely, and began making textures on a fabric and repeat to myself, “I used to dream about this some time ago.” And I forgot my obligations of a photographer for that moment. Who is Natacha? Where has she come from? How did she decide to open Made? What is Made? Why in Dilijan? 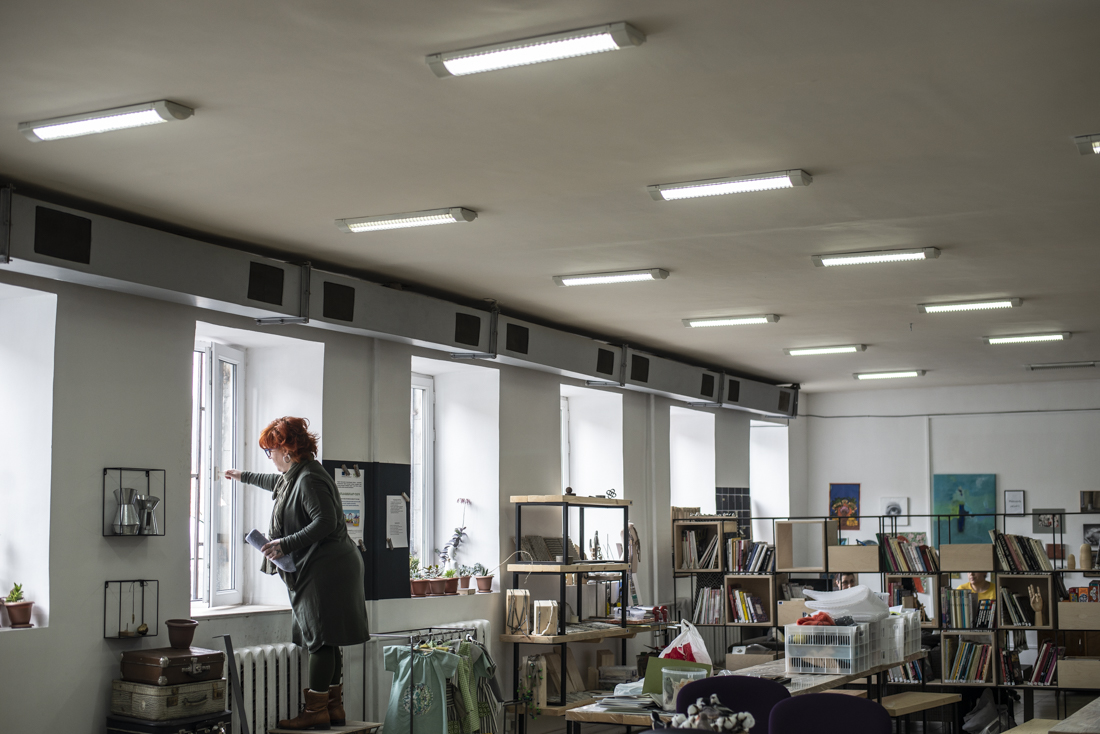 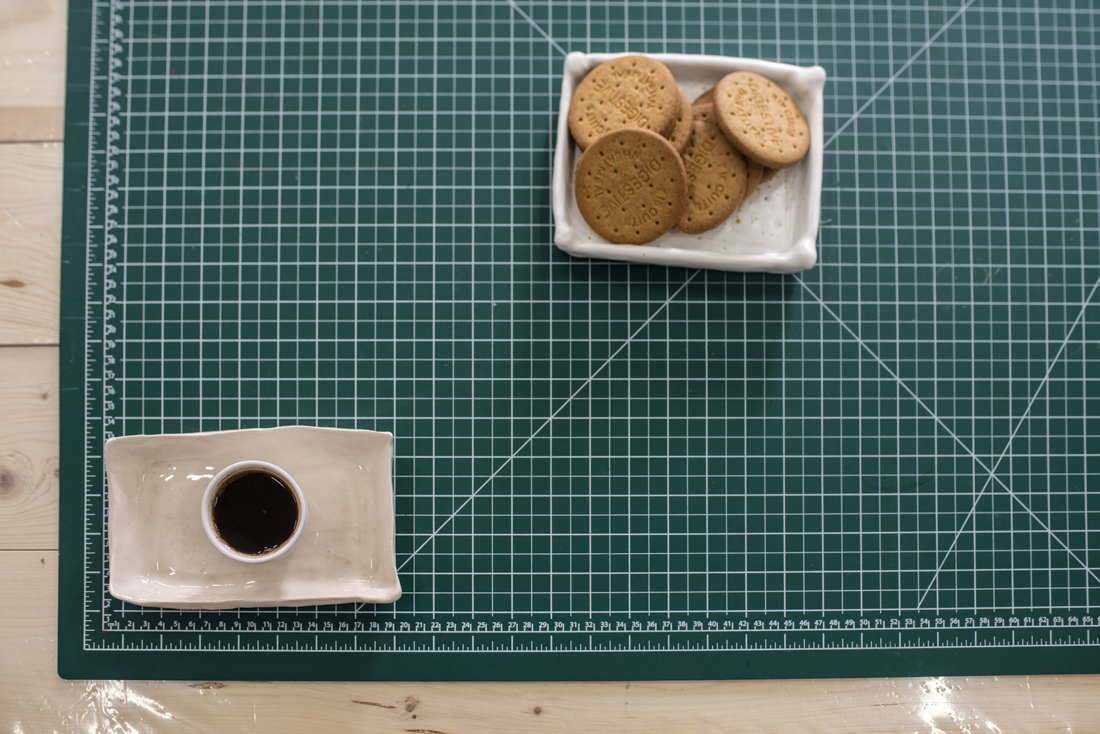 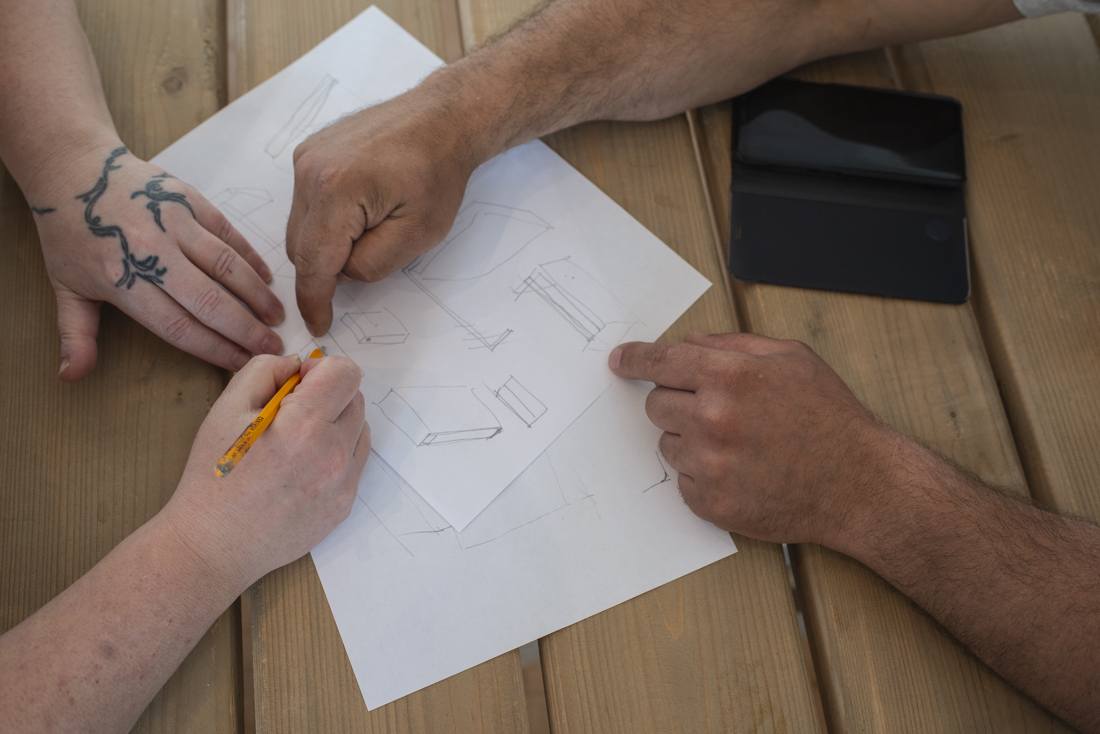 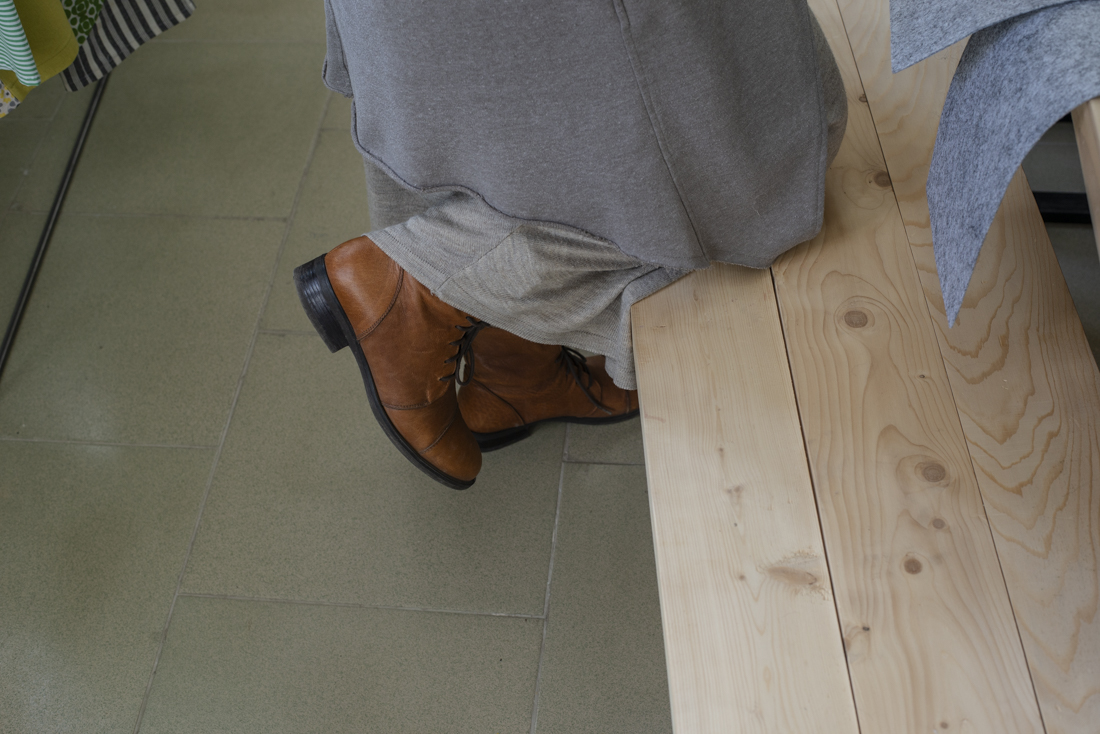 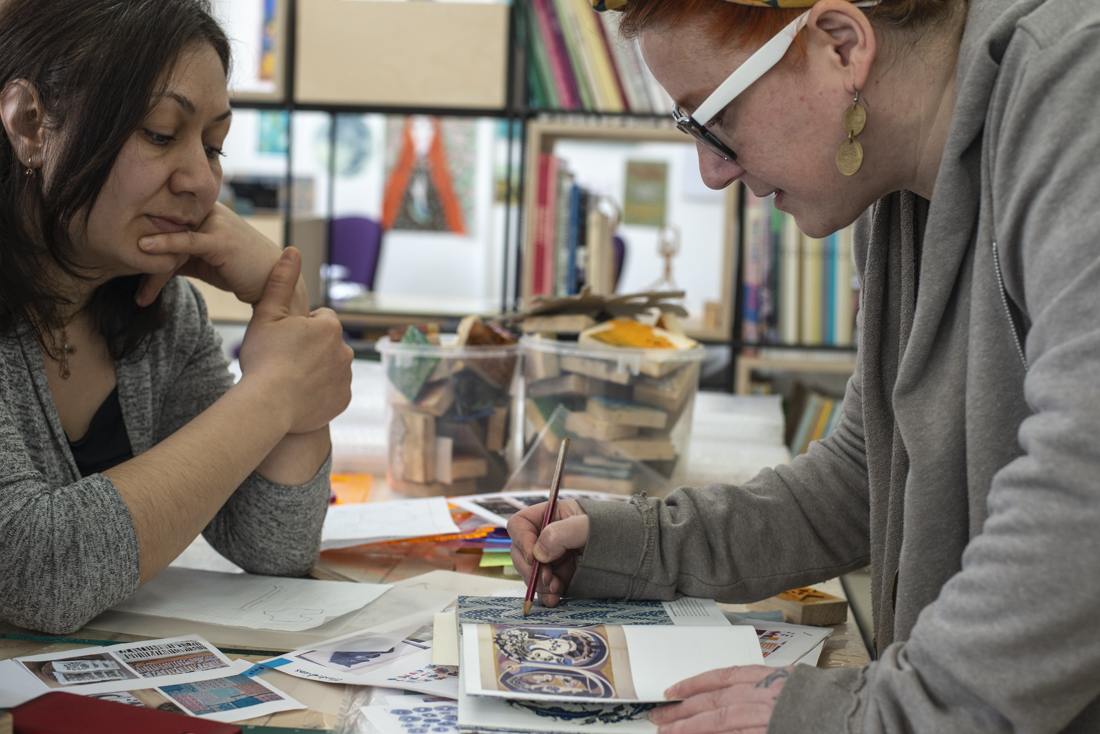 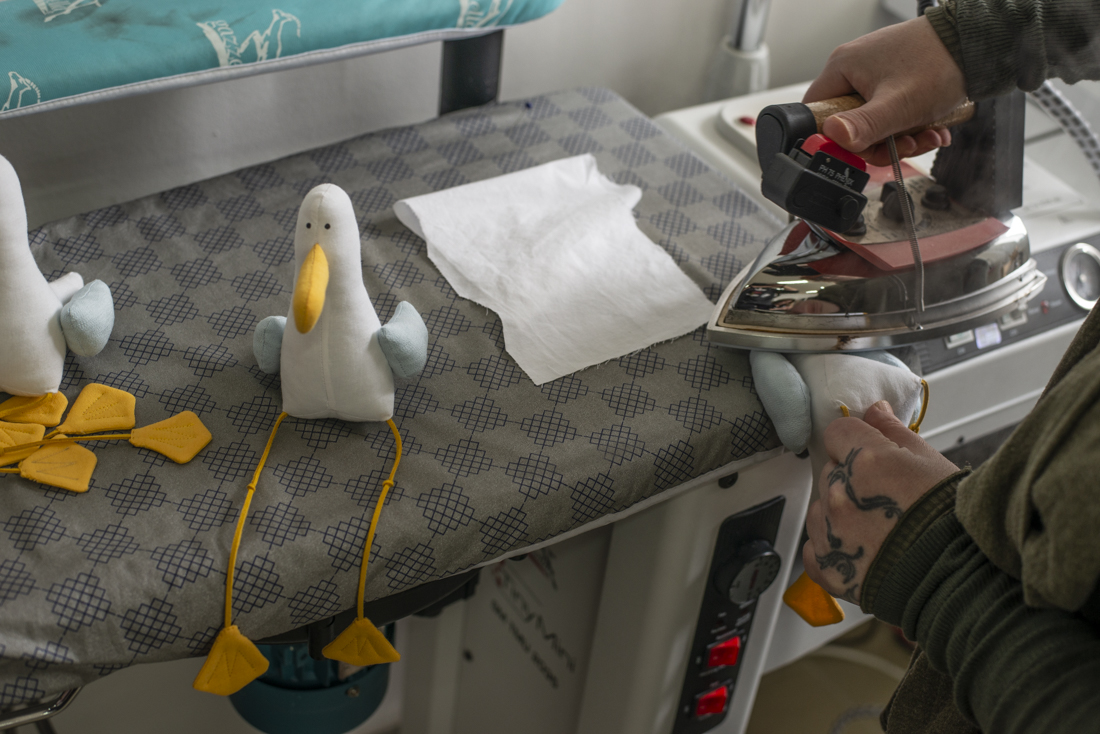 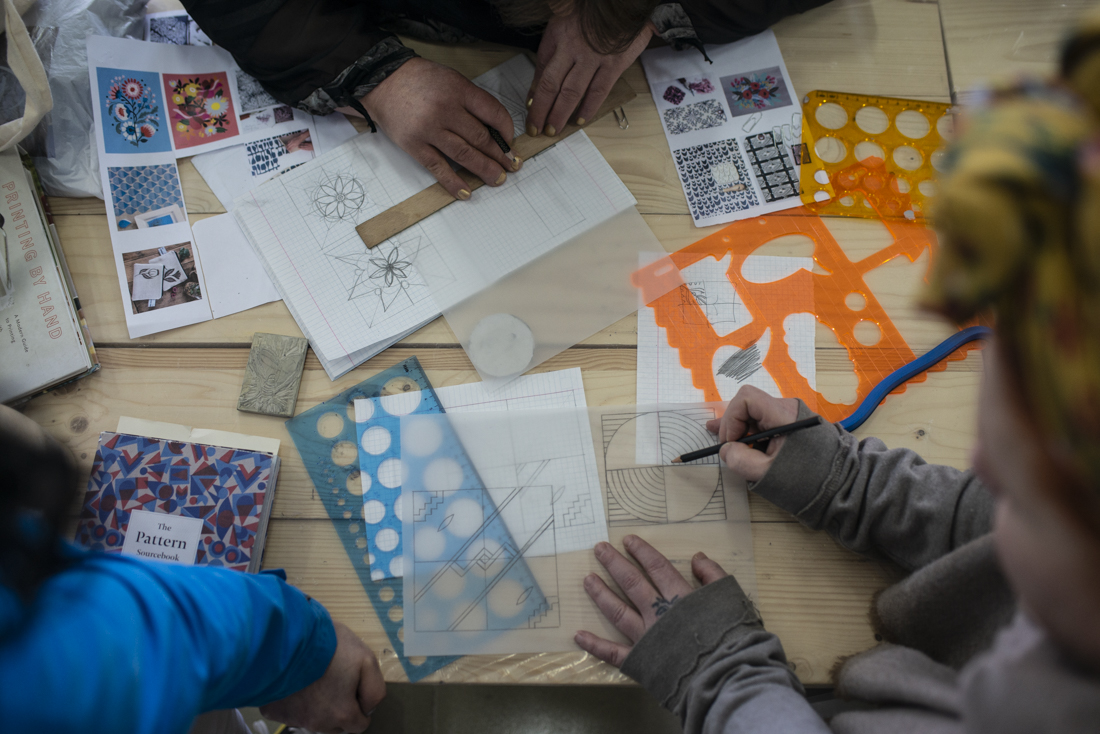 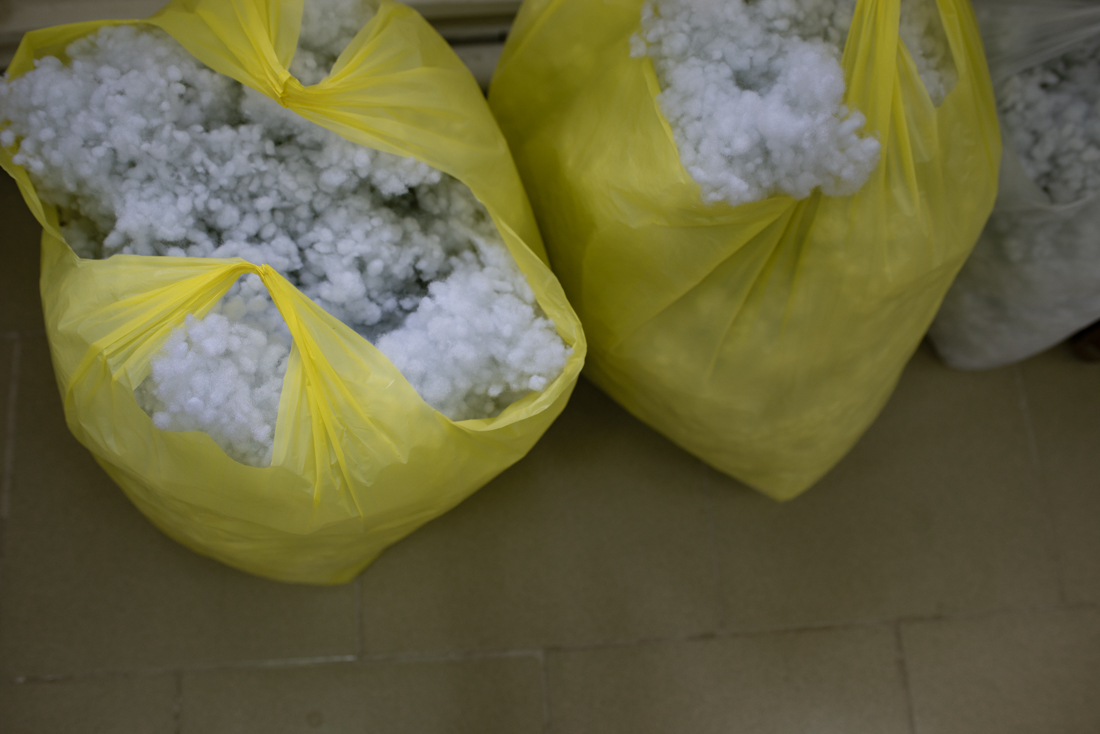 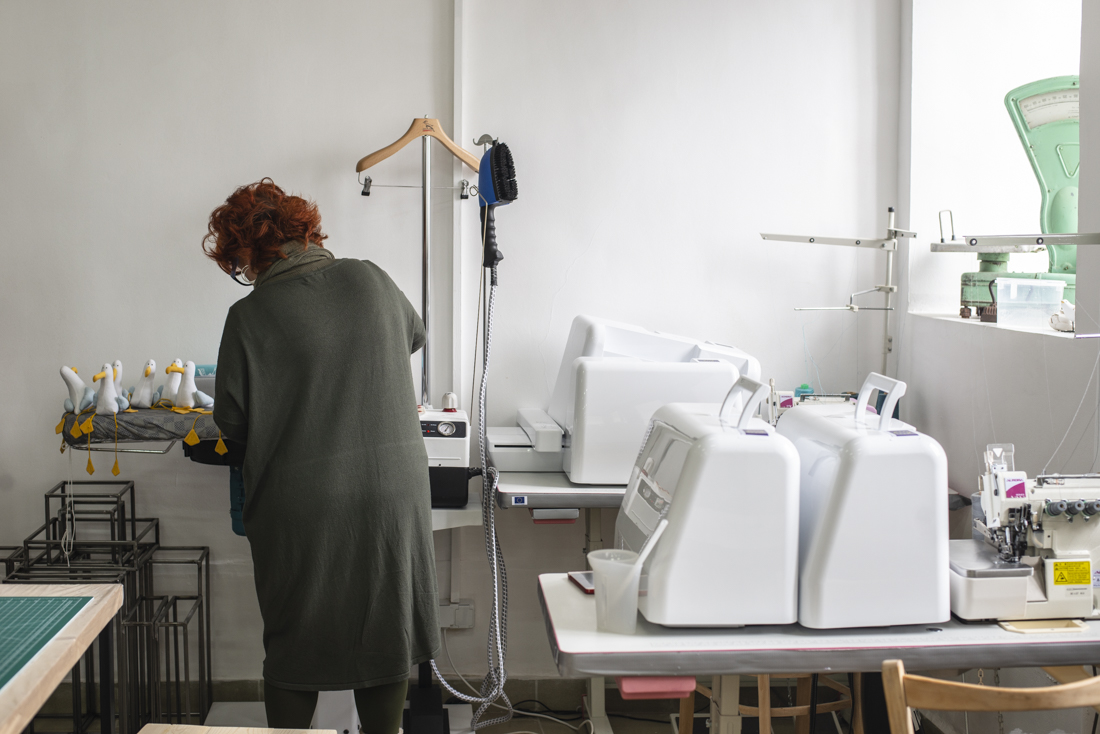 Made accepts challenges of creating unexpected items from very simple materials. You take a garlic, for example, which is widely used in everyday life, and bring it into design by making a brooch from it. Of course, not the real garlic, but the magic one, which is so real, that seems to have the smell of it.

Natacha was born and raised in Lebanon, attended an American school, and as she says, that was one of the reasons that she was not an Armenian among the Armenians in Lebanon, was not an Arab among Arabs, was not a foreigner either. She has attended designer courses after that. “Everything was good, I worked as a production designer in movies, I had a studio, I taught design lessons. It was interesting when I was beginning, everyone would say, well, it’s Natacha, Natacha’s things, they didn’t understand me, what I was doing. But I was used to it, and I found who I was, I understood I didn’t belong to the family, to the Lebanese, to the Armenians, didn’t belong to the friends. Thus, this is me, you want it or not. They begin loving and accepting you, that you are you, you are Natacha. And it’s not your obligation to belong to anyone, you must belong to yourself.” 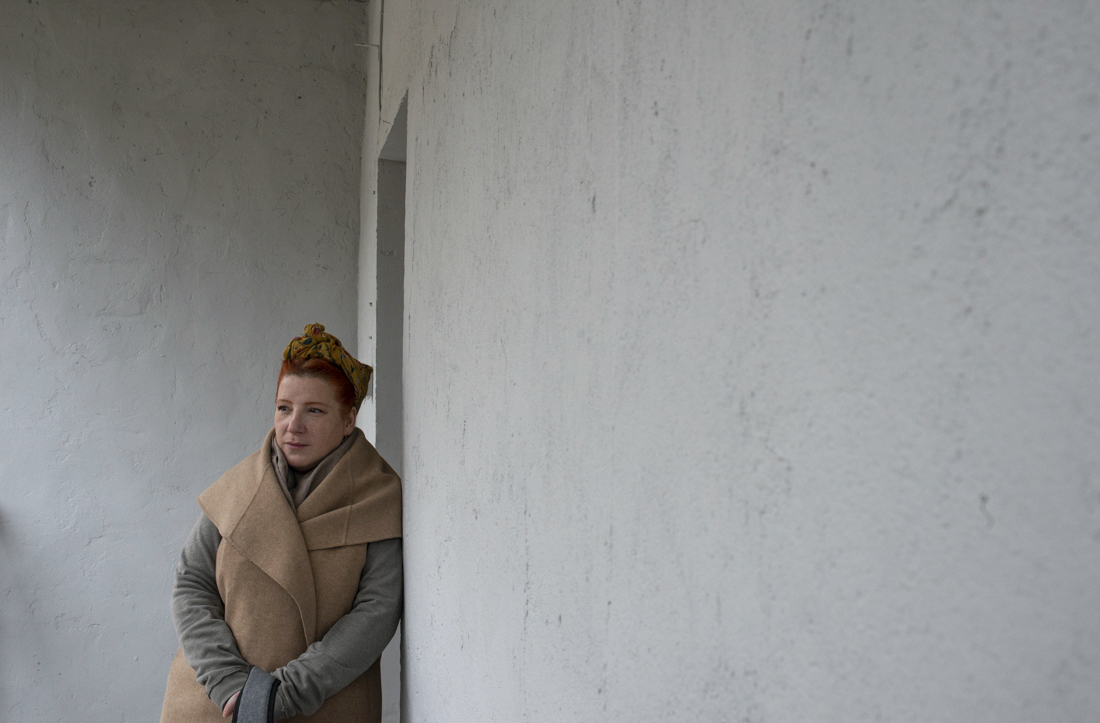 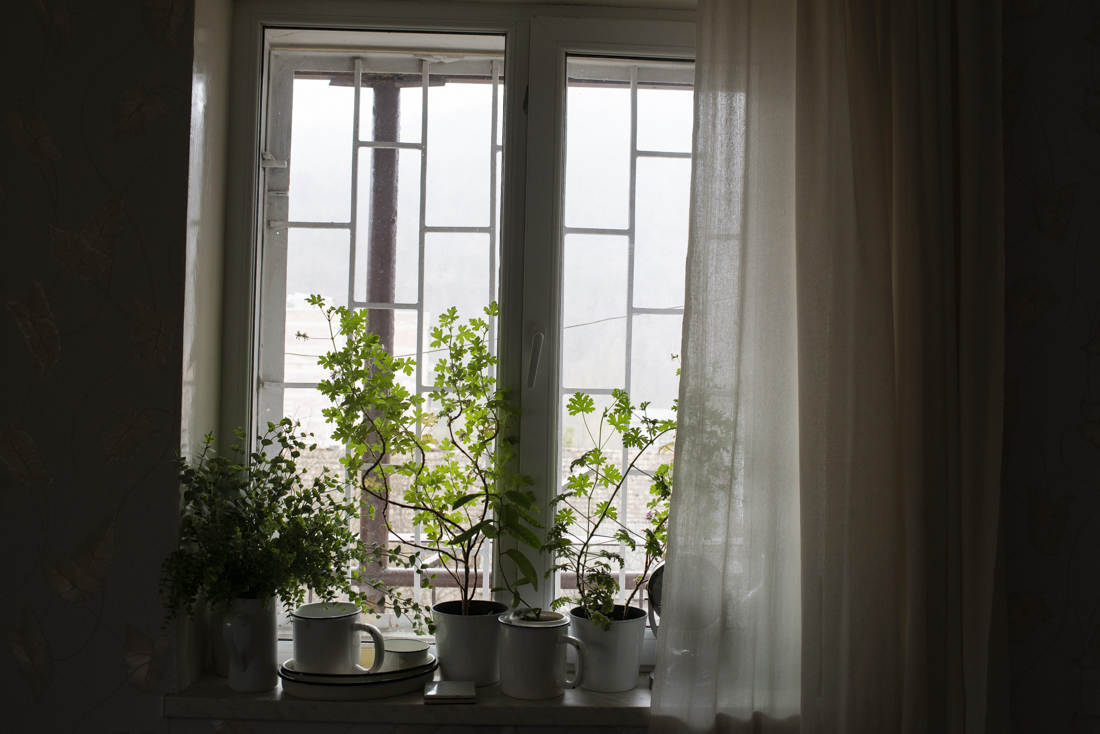 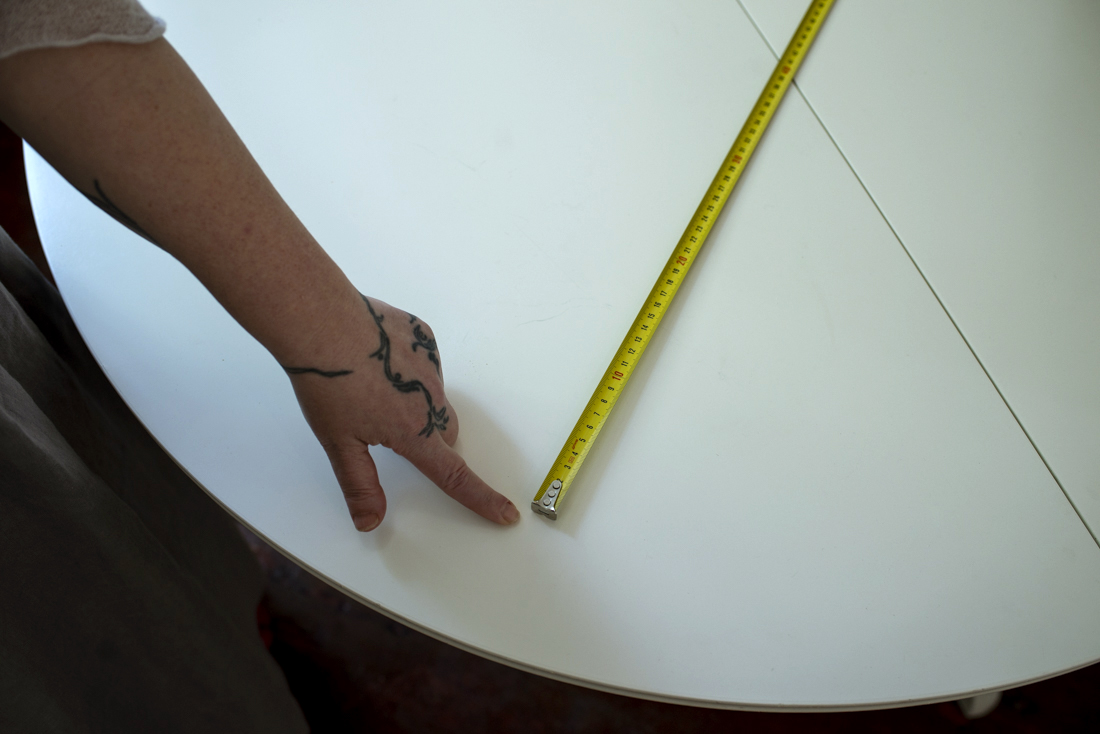 In everyday life, as well as in her art, Natacha is a minimalist. The combination of colours, designs, materials always surprises with its simplicity and precision.
You will see Natacha’s things at home in geometrical and colour harmony and simplicity.

With the war unleashed in Lebanon in 2004, everything changed. “We had a very bad time in Lebanon, all the work of my life, all the city was disrupted.” In 2006, when Lebanon went into an acute situation again, Natacha was not able any more to sit without doing anything, and look from a safe and warm corner at how people died, how bombs exploded, how buildings burnt down. She got involved into voluntary work, where she needed to help people without emotions, fears, when you didn’t know what would happen for the next moment. That one and a half month taught Natacha to be decisive, to be on her own, and very responsible and organised. “I will say something very amazing, because I have not understood it until now, but I had never been so free before that in my life, as I was in that one and a half month, free, I didn’t care if I was going to die, there were no rules, there was no security, nothing, you had to live just for the moment.”

Natacha finds the preservation and representation of the Soviet era buildings of Dilijan very important.

The war was over… Who won? Why? Nothing was clear… The end.. There was no more Lebanon for Natacha. She was thinking to go to America and it was then, when she received an offer from Tumo and came to Armenia. She got acquainted to the Armenian culture, to the everyday life of Armenians, and encountered many unusual, incomprehensible things. When she was telling about her first impressions of Armenia, she was repeating “I was thinking if these people were crazy. I had never seen anything like this…” She confesses that it was very hard for the first six months, but meanwhile, it was very interesting to get acquainted to the place, to the new culture, new people. And the connection becomes very strong, especially with Dilijan, the architecture and nature of which become her muse. 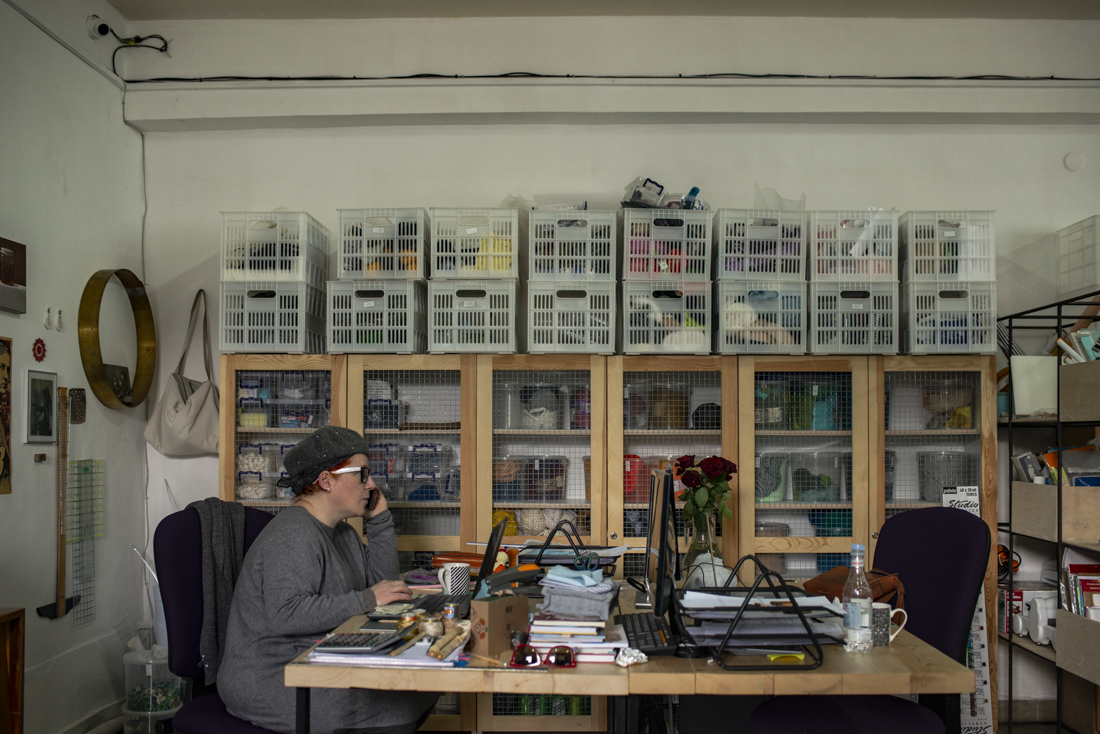 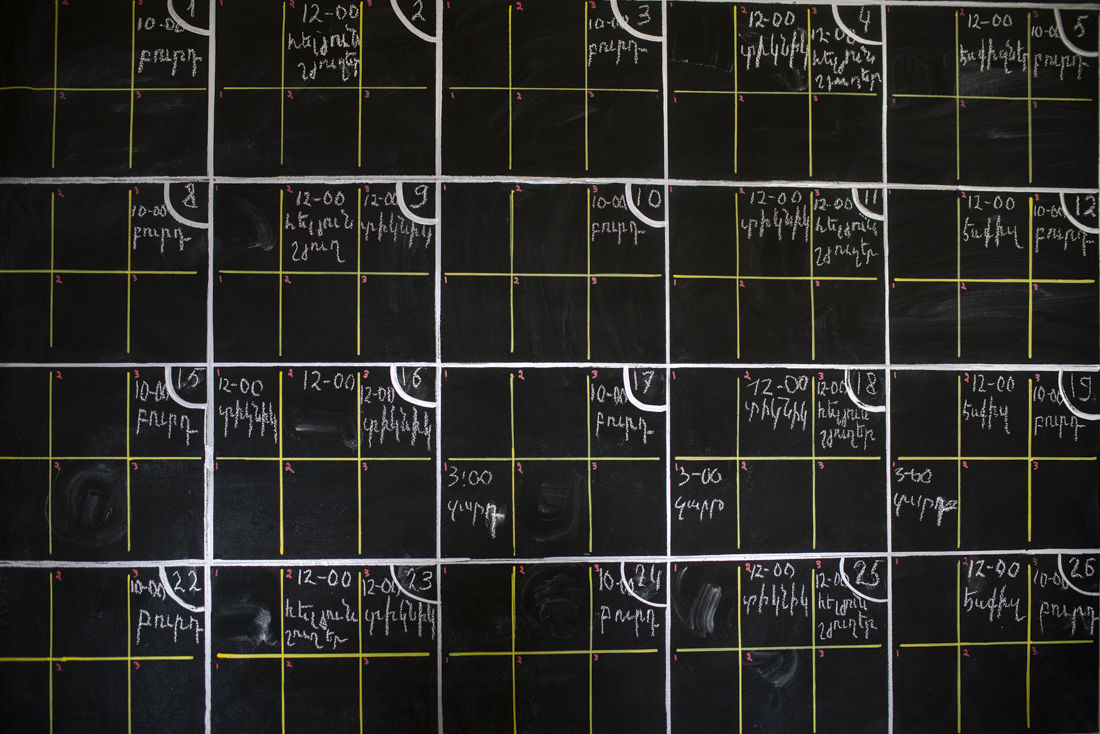 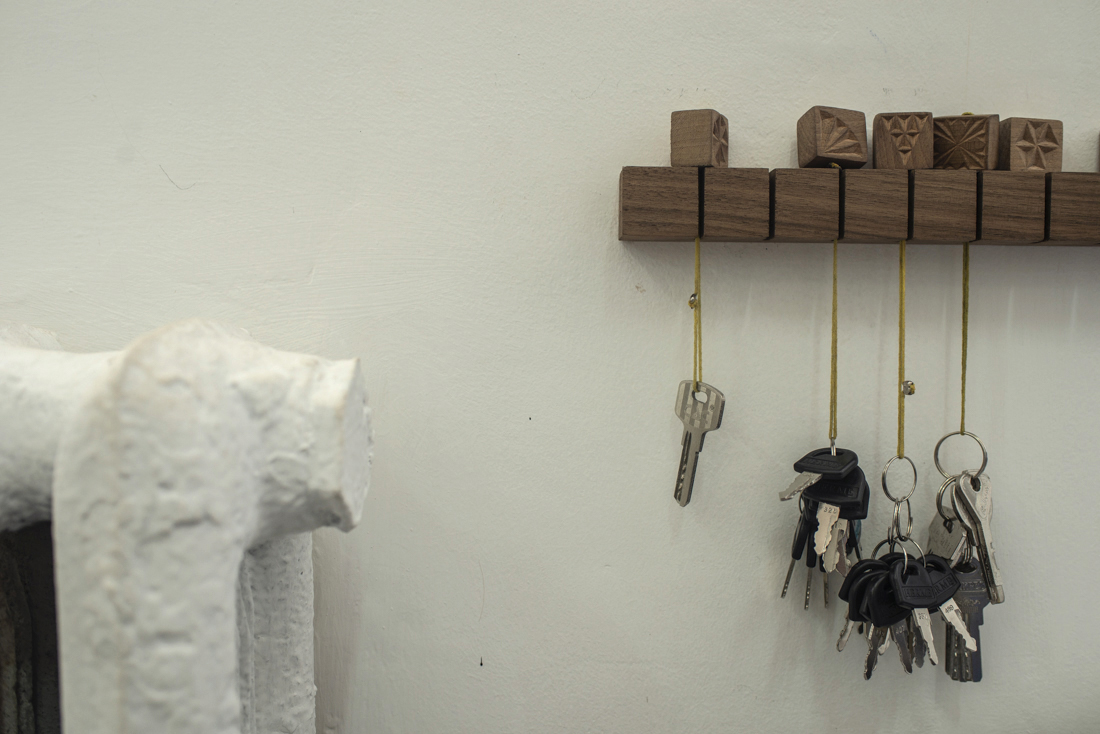 One of the ideas of Made is for the creator to offer an unexpected solution, and it’s one of the keys to their success. Besides creating something, one needs to be a psychologist, to examine and understand the demands of your time.

It’s already one year that Made exists, which is the fulfilment of one of Natacha’s dreams. It is a platform for crafts, which gives an opportunity to people, especially the residents of Dilijan, to get involved in creative work by participating in the workshops. Of course, it was hard to collect a group from the beginning, there were many reasons – issues at home, husband’s permission, even no money for transport, or there was just no time for the locals to believe in and trust Natacha and Made’s success. Only after much effort they began believing in their abilities. Natacha succeeded to somehow change their attitude towards the work they did, towards themselves, the surrounding people, the environment. The most important idea that she puts in her activity is the development of the culture of helping each other, not being indifferent towards each other’s problems. And what is more important, that they create their own brand, which will become a profitable business.

The activity of Made is also an open cooperation with different organizations, persons, schools, and colleges.