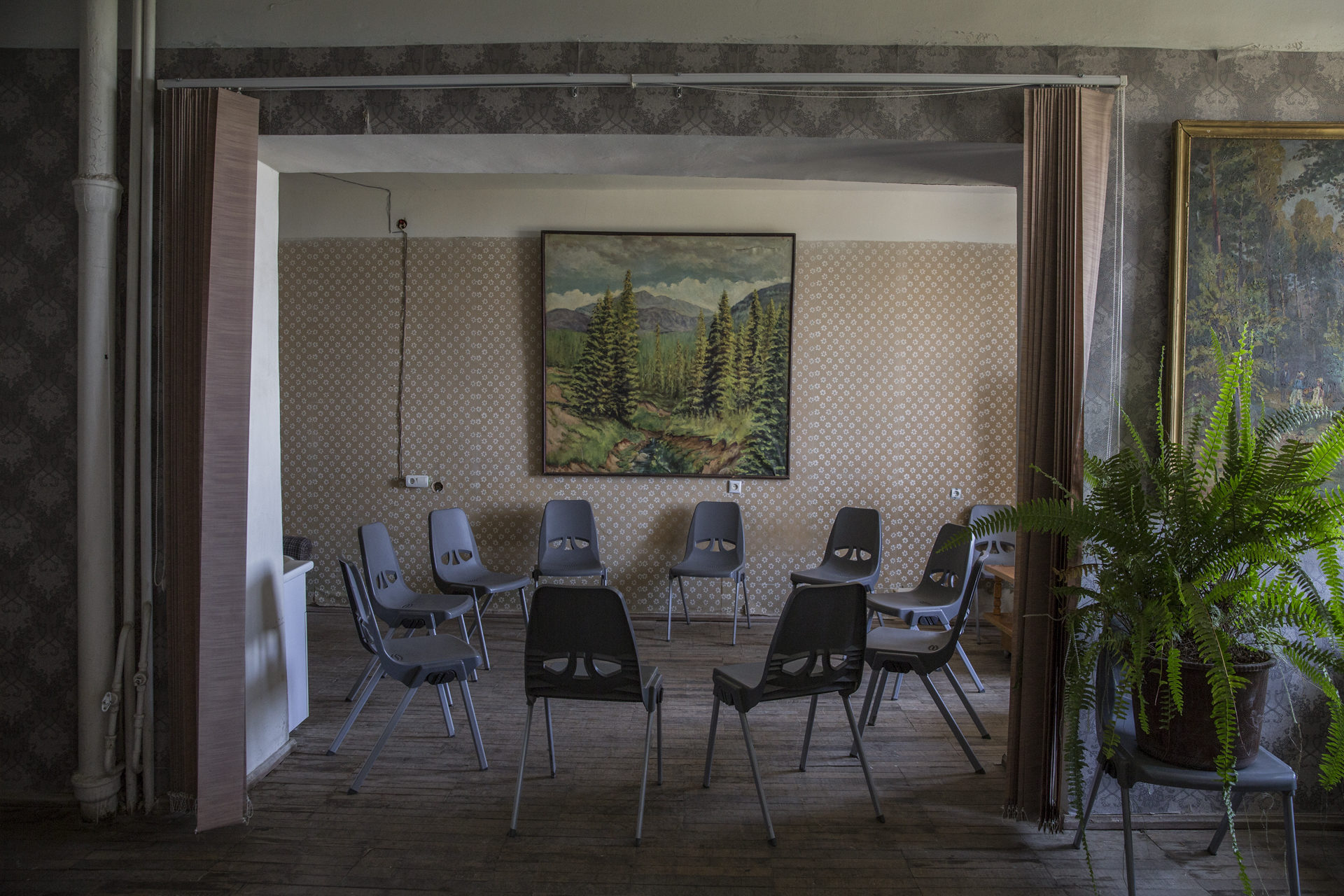 The events and incidents taking place in our life affect our behaviour, our worldview, and our health. The worsening of one’s mental health is connected with genetics, with very rapid socio-economic changes, with the stressful conditions in the workplace, social alienation, with psychological and physical violence risks.

According to World Health Organization well being conditions one’s psychological health, as a result of which one can realize their own potential, overcome daily problems, take up prosperous activities, as well as invest in social life.

A mentally healthy person can be defined as one realizing the wholeness of physical and psychological self with their behaviour in accord with social norms and laws, capable of critical attitude towards their own self and actions, having the will of planning their own life and realizing those plans.

According to the statistics by 2017 there are 52 000 registered people with mental problems in Armenia. The number has grown in 3% compared to 2016. 69% of the registered are men, 29% are women, 2% are children and teenagers.

There operate only 3 centers providing day care services of mental health in the country, where there are no departments for day care of children and teenagers.

According to the records of the unannounced visits of the RA Ombudsman staff there are strong violations in psychiatric organizations. Those are practices of repressive, effecting methods not foreseen by the law (household ropes, belts containing metal parts), violations in their usage, insufficient number of psychiatric medical staff, in many cases absence of specialists (for example, children’s psychiatrists), absence of night shift duty of psychiatrists, expired medicine, and insufficient quantity of medical facilities, inappropriate keeping of medicine and their rejection, insufficient quantity of transportation means taking the patient to the psychiatric organizations. (In the territory of Armenia there operates only one psychiatric brigade of ambulance, only in Yerevan. According to the Ministry of Health in average 9 calls are recorded daily, monthly 290 calls, but the number of calls can reach to 14 daily), violations of hygienic conditions, insufficient number of hygienic accessories, severe lack of alternative methods of treatment besides the treatment by medicine, cases of overpopulation, problems in separation of men and women in psychiatric organizations, discriminating approaches towards people with mental problems, provision of inappropriate and one-type food. The right of walks of people with mental disorder is not appropriately provided, mechanisms for providing appropriate pension to people with mental problems and its management are absent.

Under the operation of the Ministry of Health there are 7 psychiatric institutions, which are closed organizations providing stationary care.

The psychiatry clinics in Armenia have been built in Soviet period. Human resources in large numbers were needed to provide the rapidly developing industry with labor power. Those who were not capable of working, had different mental disorders, or were dissidents, and didn’t match the requirements of the system, were being isolated in psychiatric clinics and gained the shameful stigma forever.

The discriminating attitude towards people with mental disorder have deep roots in Armenian culture. In fairy-tales, anecdotes, in media one with mental disorder is a subject of mockery, a victim of shame. Words like mad, crazy, mentally ill, schizophrenic, diseased, fool are widely used as an insult, even towards healthy people. The psychophobia of the society, which violates the self-esteem of the mentally disordered, creates background for the obstacles for a patient to integrate into the society and fix and firm the complexes of the person. In many cases the relatives and close ones of the mentally ill stimulate the fixation of the stereotypes by hiding the illness, its existence from the society, avoid their presence in public places, do not visit them during their treatment, in many cases deprive them from the right of property using their unprotected situation and leave them outside.

It was mainly stimulated by the decision of building the clinics far from public spaces, which has demonised the matter even more. Many of the buildings are not designed as centers of mental disorder treatment, no special architectural solutions have taken place. These are primitive huge buildings, where the main focus is laid to accepting a large number of patients. The uncared for yard, the environment having no special features, the empty rooms create anxiety and discontent turning the regaining of mental balance into something fictitious.

Every ward of Nubarashen Psychiatric Clinic is foreseen for 10-12 people. In each department 55 people use 3 toilets, 2 washing rooms and 2 showers. There are 98 patients in the clinic forced to treatment, who have no guardians, shelter and means for living out of the clinic. In the clinic foreseen for 350 people 370 people are being treated, the medical staff has to place some of them in the corridors.

Many of the institutions are overpopulated. The issue of the occupation of the patients is neglected. Under the influence of their medicine people have to walk from wall to wall in the empty rooms and corridors having no means and opportunity of occupying themselves with something. The small drawing tables of the narrow library are foreseen only for 4-6 people. They can sit and draw around them only some hours weekly.

Despite that, the patients have the opportunity of expressing their wishes and complaints writing letters to the director on small, unusable pieces of paper.

The separation of the people with mental issues as a vulnerable group and the creation of special conventions for protecting their rights by international organizations was initiated just two decades ago, in the 90s. In the second half of the 20th century many European countries rejected the tradition of using disciplinary methods in psychiatry and largely closed down the stationary clinics. Prioritizing public medical help and assistance the institutional bodies inhabited their patients in various public shelters and regular hospitals involving voluntary potential also, thus solving the issue of their socialization.

Today the reforms concerning psychiatry must be aimed not at isolation, but at integration of people into society practices. One exists due to their social instincts. Evolutionary processes have taken form in the result of this relationship. A natural creature is formed only in a group, in a society, and its activity is for the sake of that society, which itself must become the protecting and assisting ring of the weak members of the group.

The neighboring territory of the National Center for Mental Health Protection, where military trainings are held.