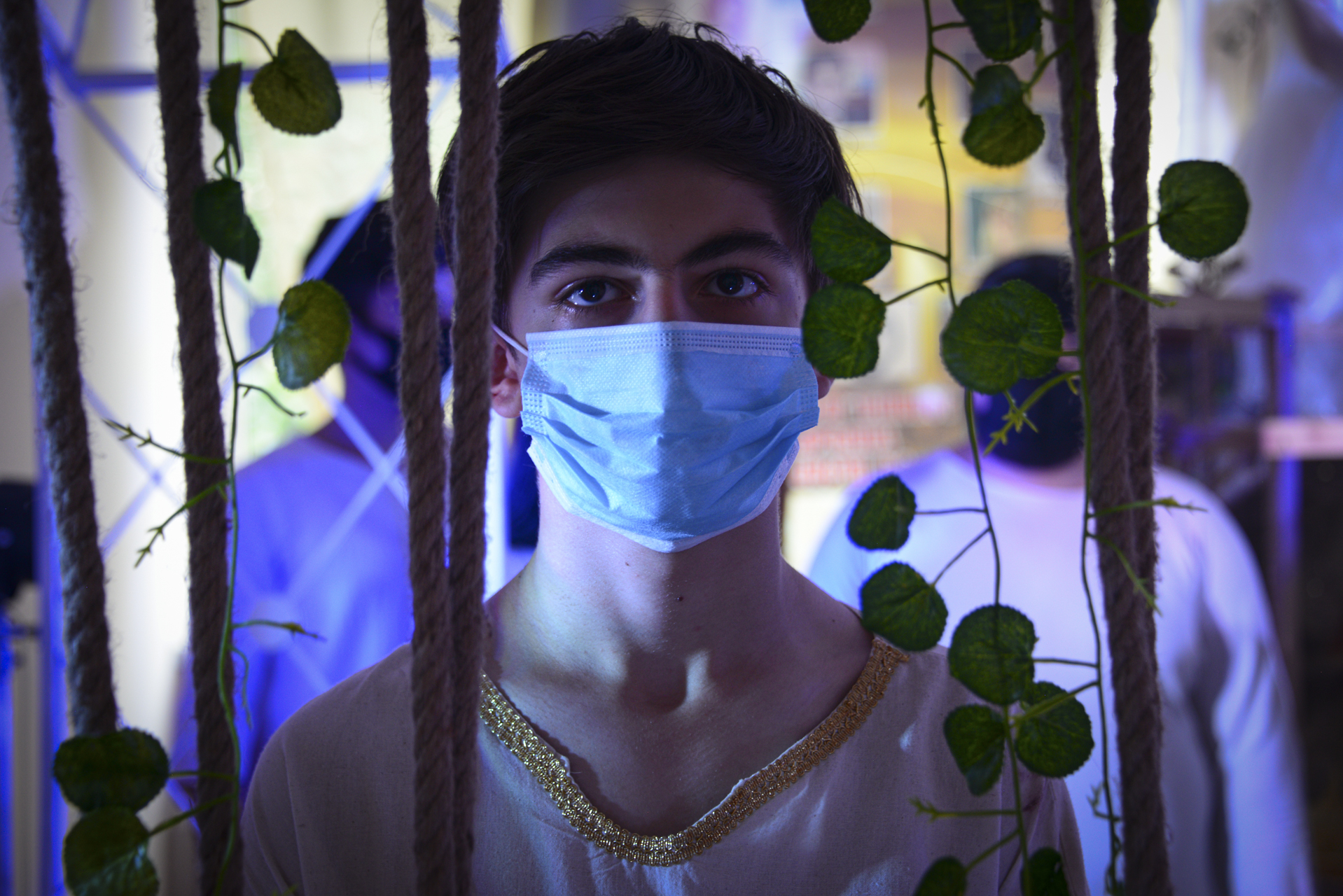 The universal horror that emerged in early 2020 – COVID-19 – paralyzed cultural life as well. All branches of art suffered from it, but especially those whose activities are organized through group work and who present themselves and are accountable to the audience sitting in the hall.

Despite the inconveniences created by the situation, many teams resorted to alternative methods after a short time: they temporarily renounced the working style developed during long years in order to preserve the professional qualities acquired through long- term efforts.

Some cultural groups switched to shooting options, and solo performances with limited audiences became up-to-date. The artists began to adapt performances to the weather conditions and the most convenient hours of the day.

The hall of Masis Music School often hosts groups from Yerevan and different provinces of Armenia who visit them with concerts and performances. For several months, the lights of the hall were hardly lit for occasions like those.
“Elmar” mobile theater troupe visits different provinces of Armenia with performances, introducing the inhabitants of the provinces to theatrical life. Last year, a group of actors aged 5-35 were deprived of such an opportunity but they tried to organize rehearsals in accordance with the rules. It’s very difficult for actors to actively move and speak while wearing a mask.
Russian Drama Theatre after K. Stanislavsky skillfully used the space in the yard of the building, making the equipment installed for technical purposes an attribute for the performance, including the entire building, and filling the performance with wonderful lighting solutions.
As soon as the weather warmed up, Yerevan State Puppet Theatre after H. Tumanyan invited its young spectators to the spacious and hospitable balcony adjacent to the theatre building to enjoy the long-awaited children’s performances.
The choirs were one of the most vulnerable groups at that time, as we are dealing with the voice, active breathing, and the restrictions were a serious obstacle to ensuring all this. “Hover” State Chamber Choir resumed rehearsals in small groups when it became possible thanks to good weather conditions, keeping a distance of at least 1.5 meters. As a musician and a member of “Hover” Choir, I can confirm that it’s difficult to adapt to the new conditions because in choral art it’s important to be close to each other, to feel the breath of the people next to you, to feel the strength and the volume of the voice. All this builds the harmonious sound of the ensemble. The ensuring of high professional quality by overcoming obstacles created by a distance of 1.5 meters requires double investment and effort in terms of both hearing and voice.
An audio-video recording became the report of the work done, also with a limited number of singers, which were published in the form of videos on online platforms. This format was the only solution for those times, but the presence of the audience and the response to the work performed is an important factor for any artist.
Alexander Spendiaryan Opera and Ballet Academic Theater is probably the largest in Armenia in terms of the number of its ensembles and artists operating in them – ballet, orchestra, choir, soloists. For many artists, the discovery of COVID’s first case kept the theater doors closed for over a month. Mainly, the soloists of the opera and ballet came to the theater and recorded videos which were later posted on the theater’s FB page. The theater suffers serious losses in terms of both planned programs and finances. Each performance is supposed to conduct a huge, extensive work in large groups, but the implementation of it and presentation to the audience has become an unattainable dream for an indefinite period of time. However, the artists are comforted by the fact that it’s a good opportunity for them to perform excerpts from the world music repertoire from operas, ballets that are not included in the repertoire of the National Theater, since each performance takes a lot of time and requires serious investments.
The Armenian National Philharmonic Orchestra found its way out by organizing online concerts with a string quartet and soloists, without depriving the audience of the pleasure to enjoy classical music at home. Only a few months later it became possible to organize a joint rehearsal, again with a limited but relatively extended staff, maintaining anti-pandemic requirements.
Aram Khachaturian Concert Hall, which has never lacked an audience, has long limited the number of its visitors. The building officials used the coronavirus pause to clear the large chandeliers brought down from the ceiling.