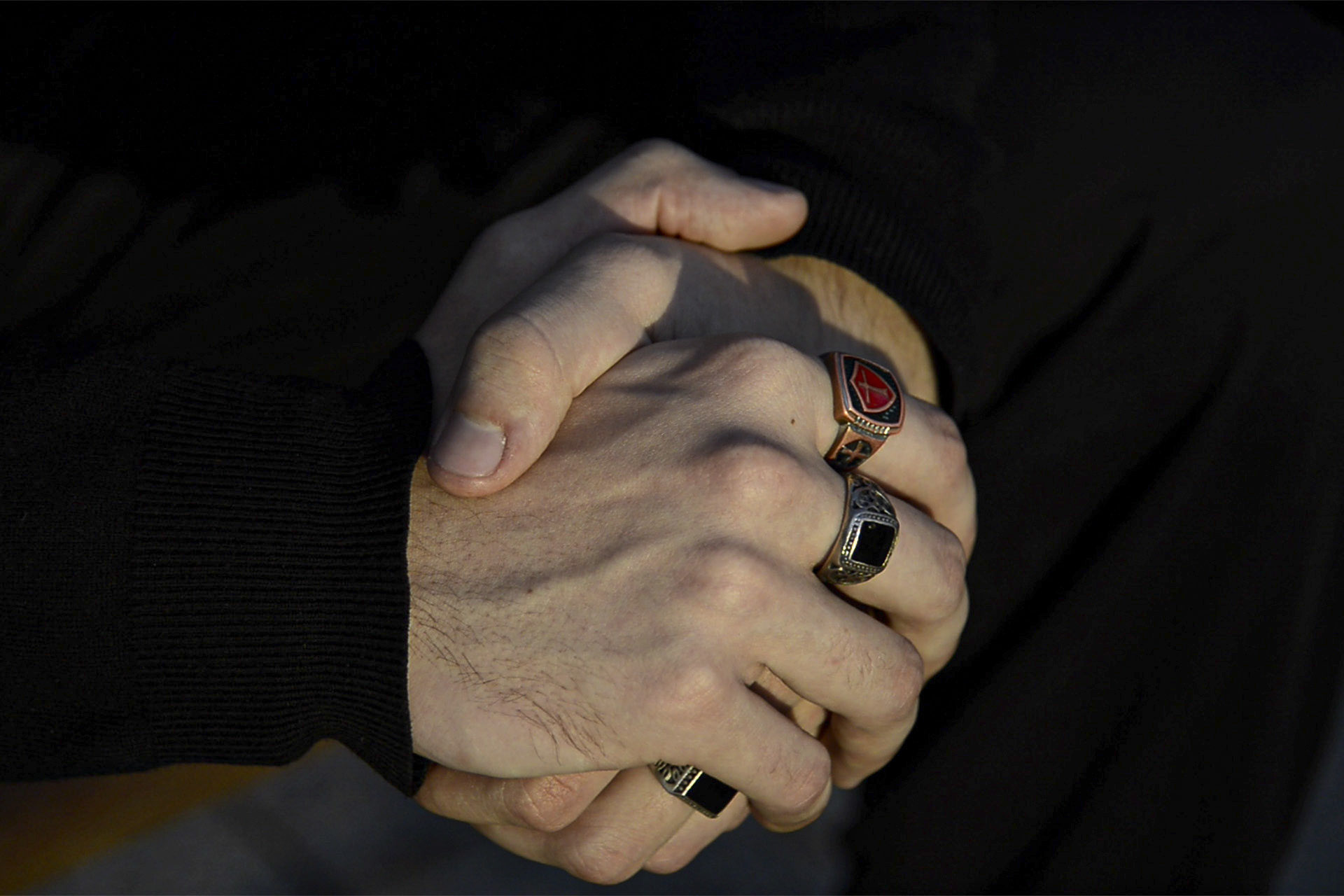 During our full working days in Belgrade there was a moment when it was not possible to digest what we had heard and seen. The heavy stories of people had made us emotional. The fragile, lifeless scenes of the Television building were insisting to stay with us even out of the building.
The meetings and conversations with the youth changed all that reality opening up a different, strong world. They had a precise imagination about what they needed to do. Almost all of them wanted to stay and work in Serbia considering it important to be a part of the developing country. Despite the attitude of their parents the youngsters talk with their own wounds seeing in them not only the anger and traumas of the past, but also trying to define what needs to be done for it “not to repeat. 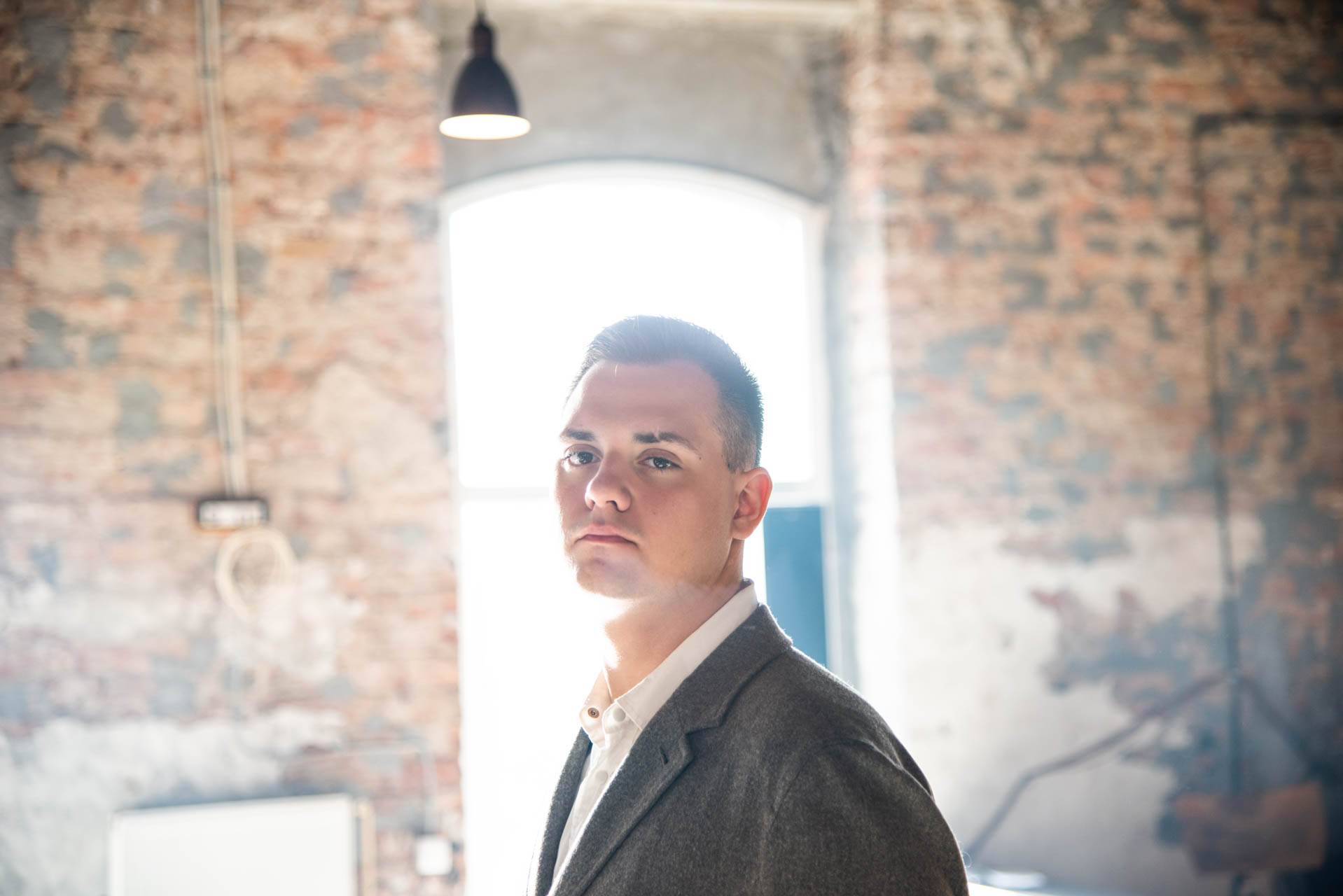 “I don’t think it can happen again now. People are aware that in the 21st century we are more advanced, that is, more connected thanks to the Internet. That’s the first. And secondly, today we have a conflict of interests between a large number of world powers. While in the 90s, the United States was the only superpower after the collapse of the Soviet Union. Today we have more than one superpower country. However, even in the 90s, we did not think that this could happen, in the heart of Europe, at the very end of the 20th century.
In the economic sense, our country has big problems due to the bombing, and the biggest part of the reason for the current bad economic position of Serbia is exactly what happened to us in the 1990s”. Uros Mitic, 19 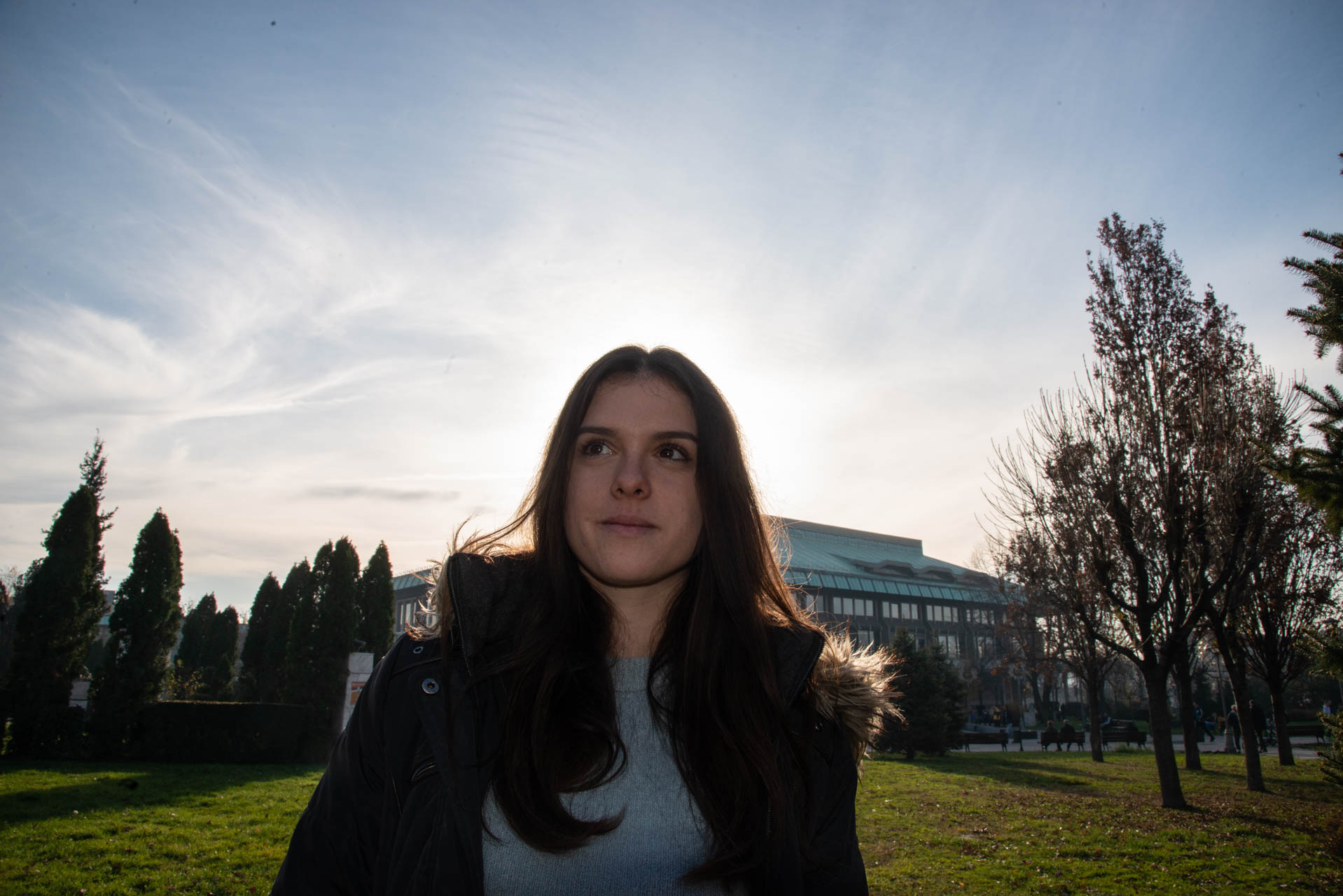 “I think every Serb has a sense of war and freedom in him. I think every Serb must remember their history. We remember. That is why this sense of war is present. Our genes remember that. It can’t just be forgotten. That’s why freedom is for us a free sky over our heads. That is why our people should be more respected. We should also appreciate that we are free now.
To me, war is associated with the loss of loved ones. The worst I can think of is that the people I love go to war and die there. That’s the scariest thing I can think of, that I can die in war. It’s a psychic feeling, it’s not a physical feeling like a sound. It’s a sense of dread. I think that war is a sense of fear for everyone.
I did not forget what had happened, but if the war starts again, I don’t know what I would do. I would probably run away. Like many others. It’s a bit cowardly, but I don’t know if I could find myself in a situation of killing a man or seeing someone dying in front of my eyes or one of my loved ones dying. I don’t want to think about it at all and I hope there will never be a war”. Danka Radovanovic, 22
“The sirens we hear from time to time remind me of bombing, and they bring me back to those days in 1999. When they hit the refinery, a large smoke was seen and the carcinogenic compounds were released into the air. There was a strong wind that day and these particles did not fall on the city in a bigger quantity. If they did, people would not only faint, but would have lasting consequences”. Borislav Vranjes, 24 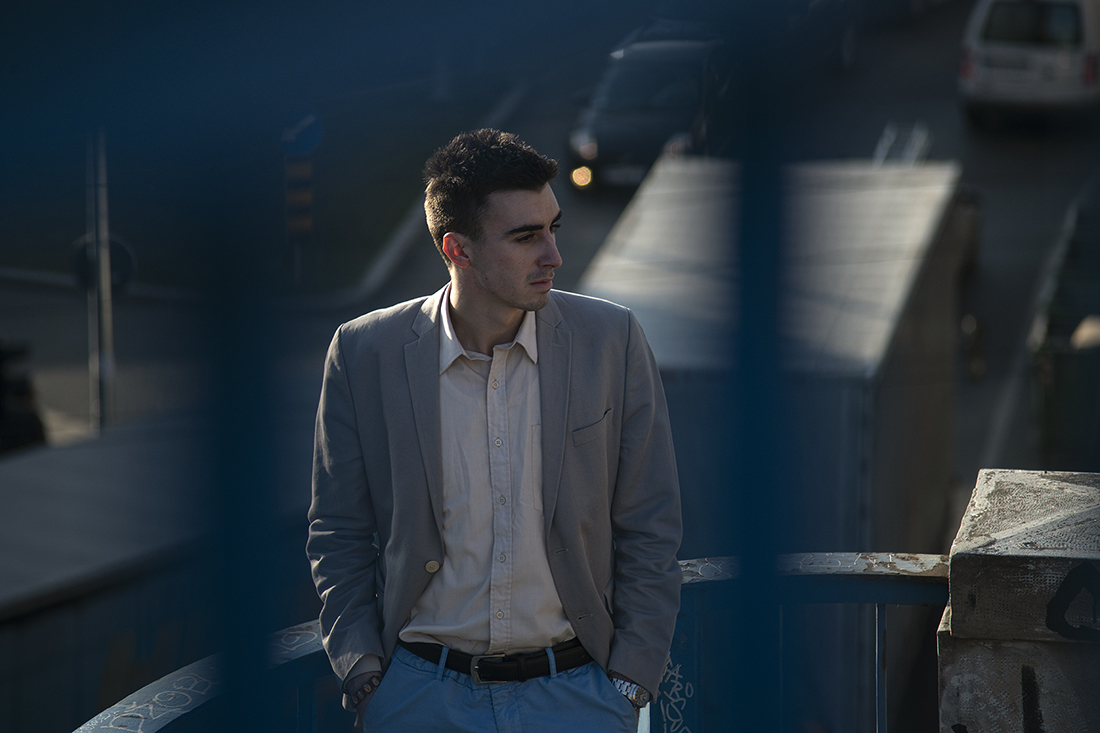 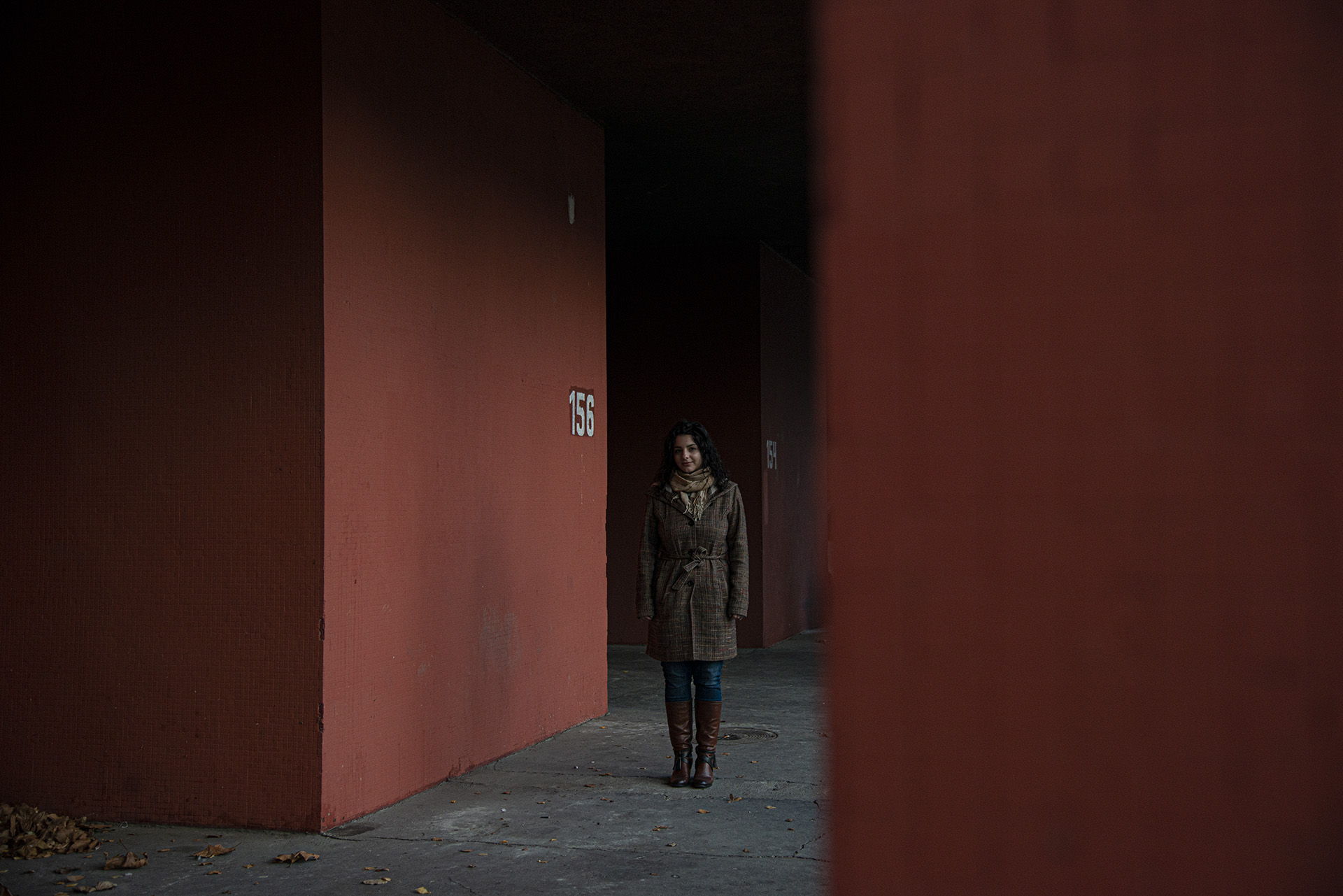 “Belgrade is beautiful. But every city is beautiful as people live in that city and have kind memories of it. The demolished buildings that bear the bombardment seal create sadness for me. I think it should be repaired, especially in the city center, because the city center should be representative. It is something that reminds us of all what has happened. Because bombing is all around us! The bombing is not only in people’s memories but also in those buildings. If damaged buildings were repaired or rebuilt, it would mean that people, in a way, have left it behind. They have not forgotten, but they have moved on”. Lenka Mihajlovic, 19 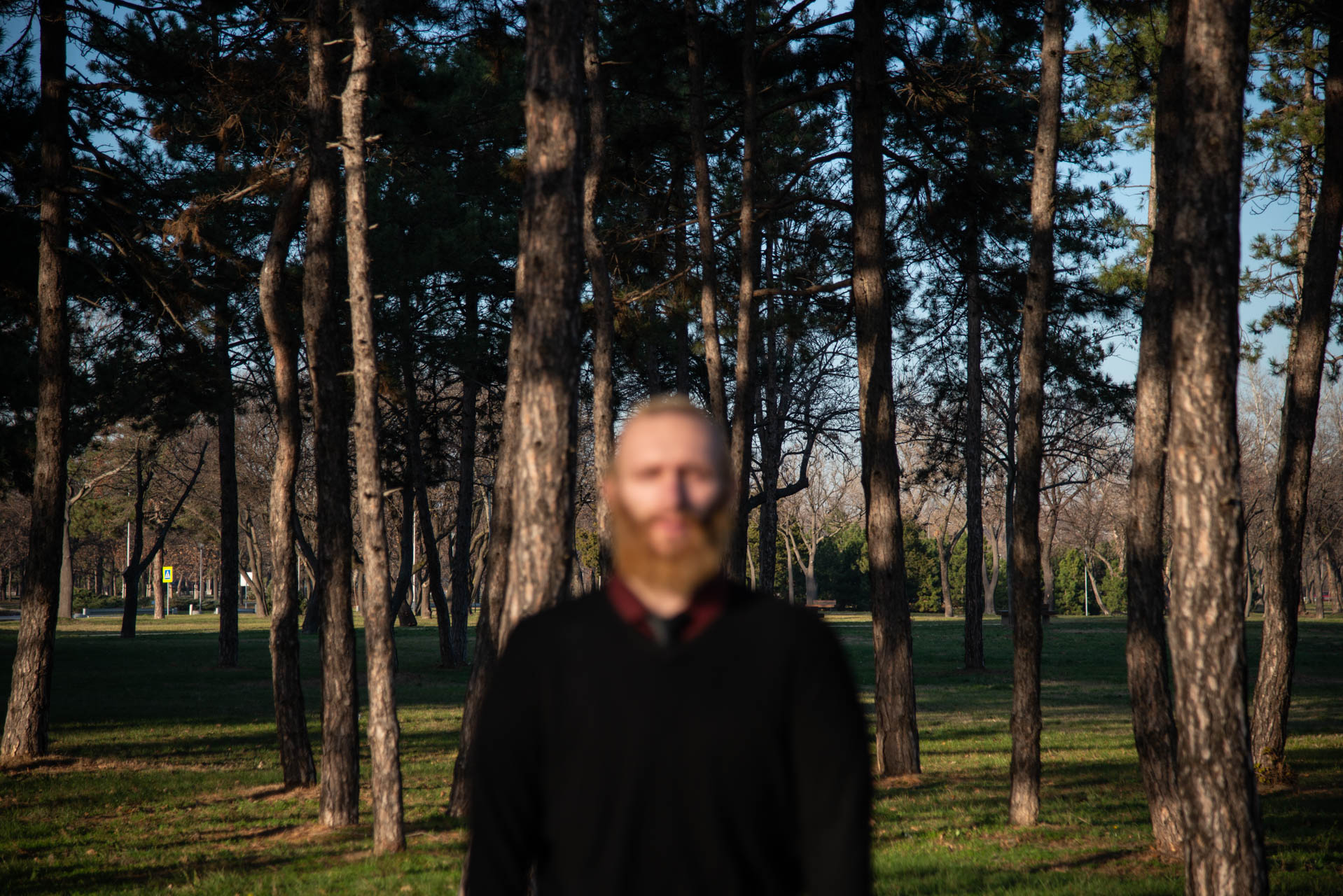 “The thing that I remember is our whole family packing in a hurry … me, my younger brother and sister. We got in my father’s car to go to my mother’s parents, in a town on the border with Republika Srpska, that is in Bosnia and Herzegovina. They believed that it was a safer place. We were afraid if we could cross the border because it was possible that it was closed. My brother and sister were babies, so in the car backseat sat my mom, me and them, small blue and white bags of powdered milk and loaves of bread. We were afraid we would have nothing to eat if the shops closed because of the bombing.
One of the most memorable scenes for me is this one. Whenever I walk into a store, I remember that situation. It stirs different feelings. Feeling safe – because I was with my family. But I had a feeling of fear and non-understanding, because I didn’t understand what was happening to us”.
“Another thing that remains in my memory is the sound of the siren. Three days ago, I was coming to college and heard the same siren sound as I did then. I just turned suddenly and that feeling came back into my stomach”.
“Relationships need to change. Relations with other countries must be strengthened, we must cooperate with everyone because we are not a big country. But in doing so, we must take the position that we will not allow anyone to attack us in any way. That is so we would not get into a situation tomorrow where Serbs remain in such small numbers that all of us can stand under a single plum tree”. Marinko Mijatovic, 23 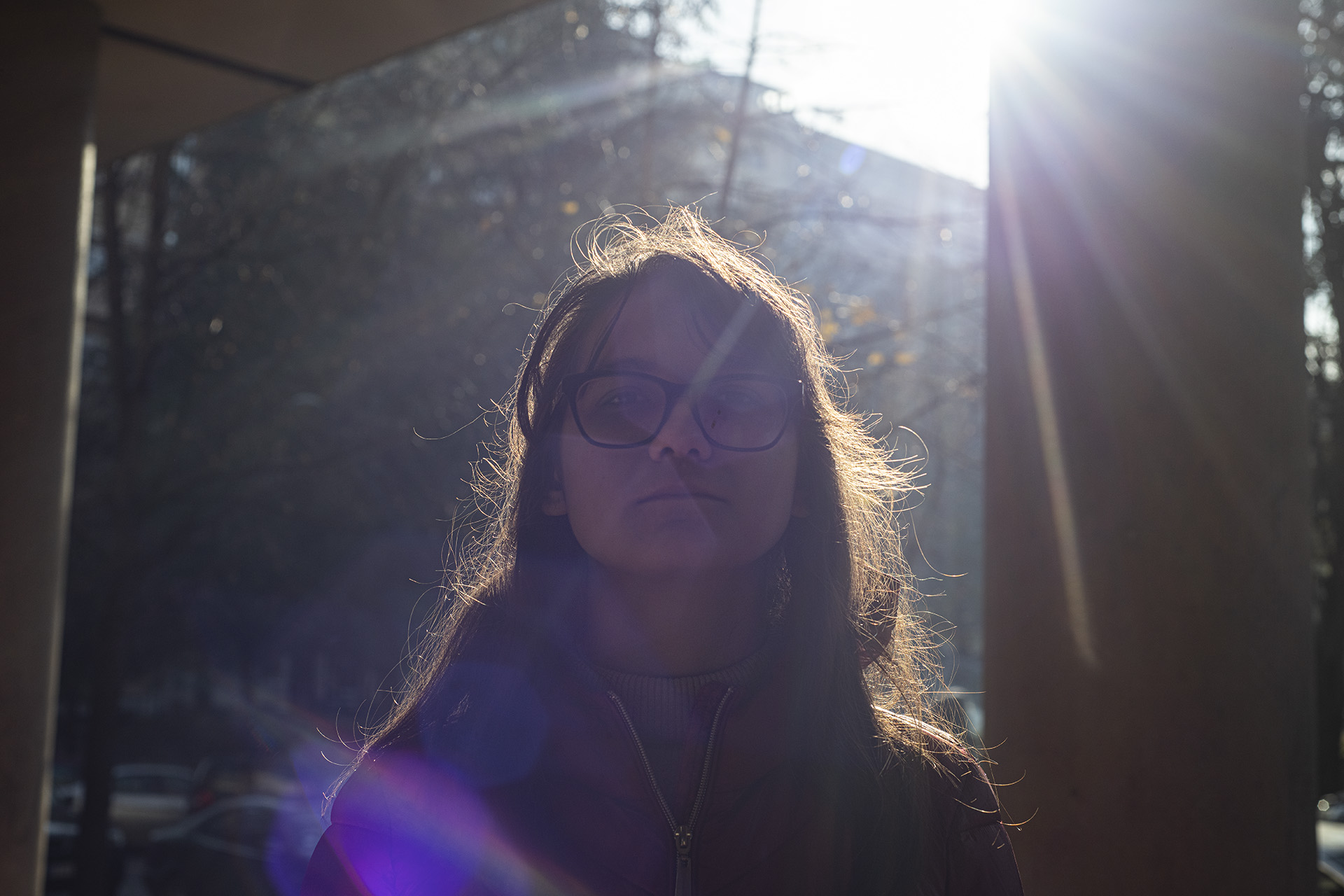 “There are people who remember this and who have traumas because they lost their loved ones. My generation doesn’t remember it, and we have no trauma in that sense. However, since we were bombed with depleted uranium, many got cancer. Since the war, many have died from the disease. So there are consequences”. Aleksandra Gecic, 22 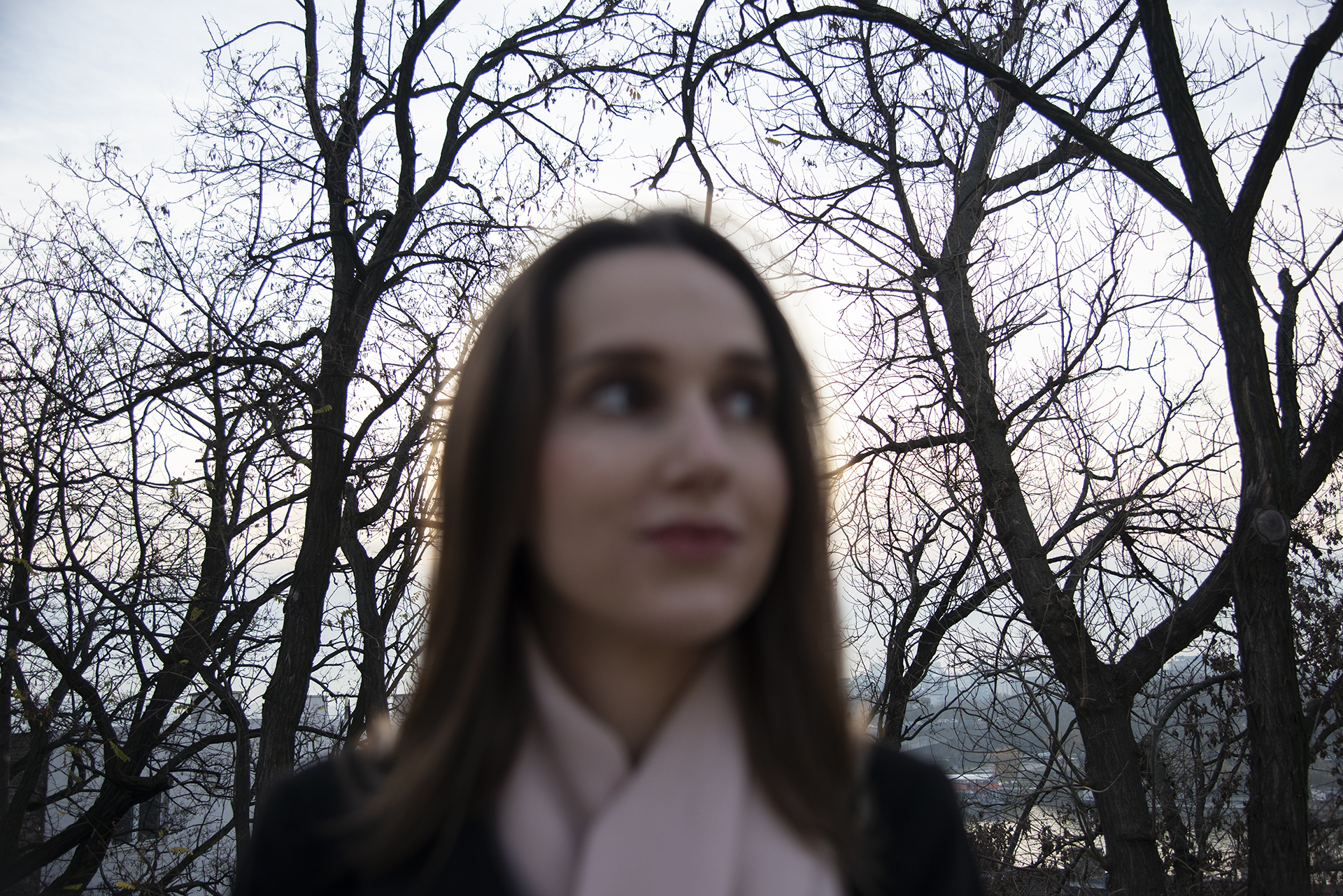 “I do not have hatred for these people, because I cannot blame the whole nation for something that was the decision of specific politicians and concrete people at that time. I have an equal attitude to all nations. I do not have any hatred, but I cannot say that there is no hatred in our nation – that hatred is caused by a difficult period and because it is difficult to distinguish between what is a nation, what is a state, and what are individuals. That’s why I don’t blame people who feel hatred. They don’t want to go to America, they don’t like the West in general. I think that future generations should not be educated in this spirit. We should distinguish between politicians and who is to blame”. Katarina Drobnjakovic, 23

← Previous story
People’s destroyment of the environment created by other people has a memory too. 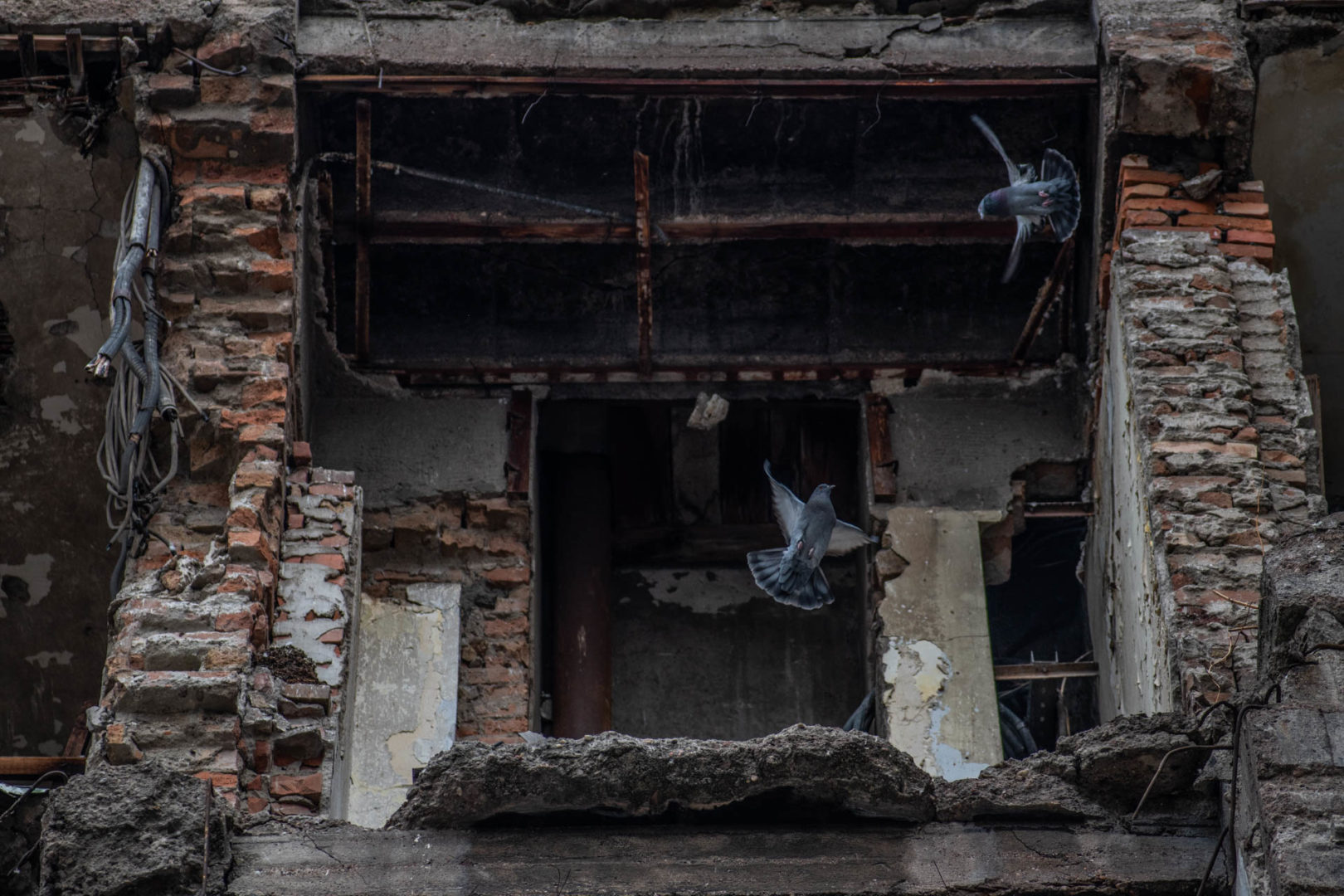 Time and the trauma

Main Page
Being a war generation ourselves, we have our part of traumas. 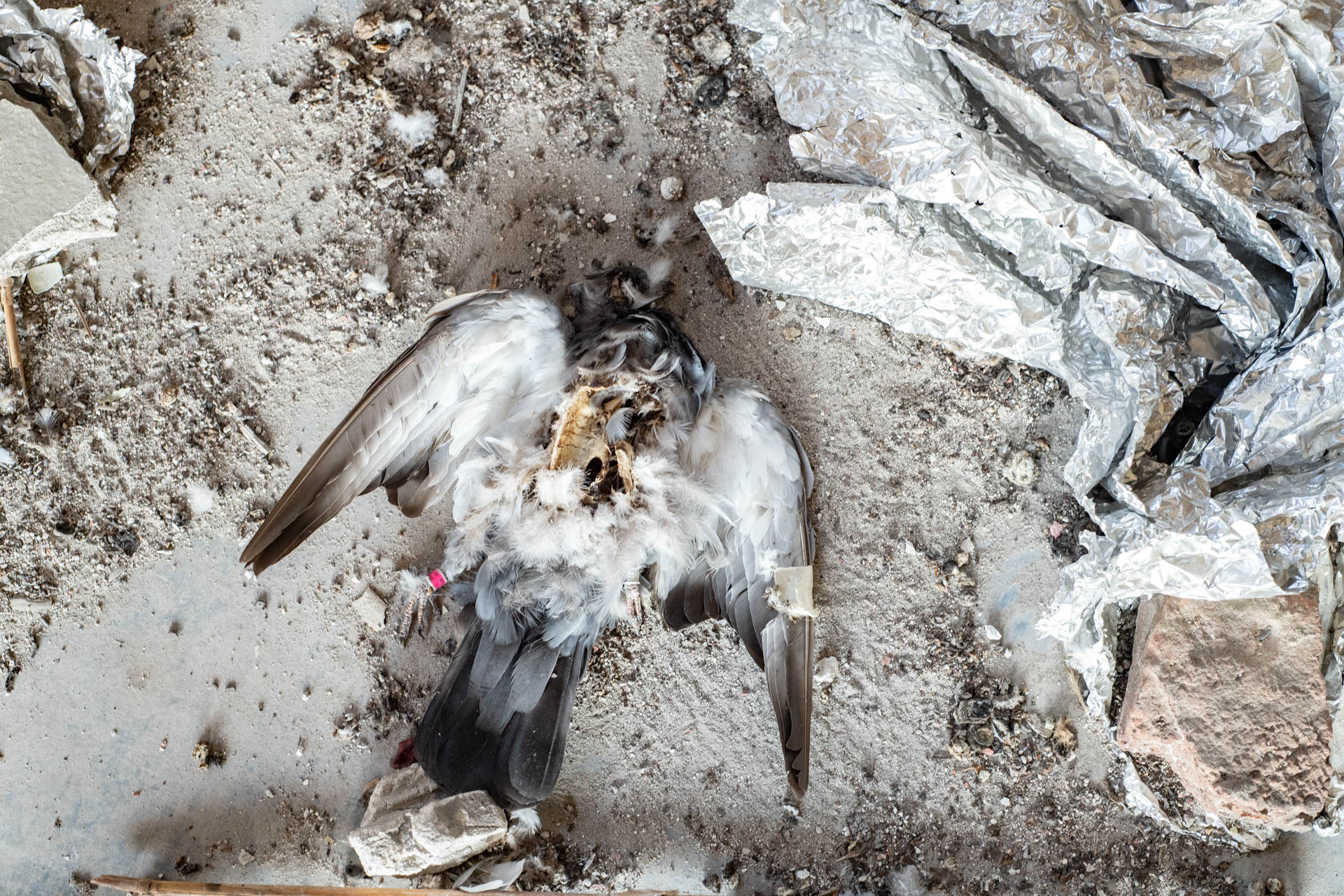