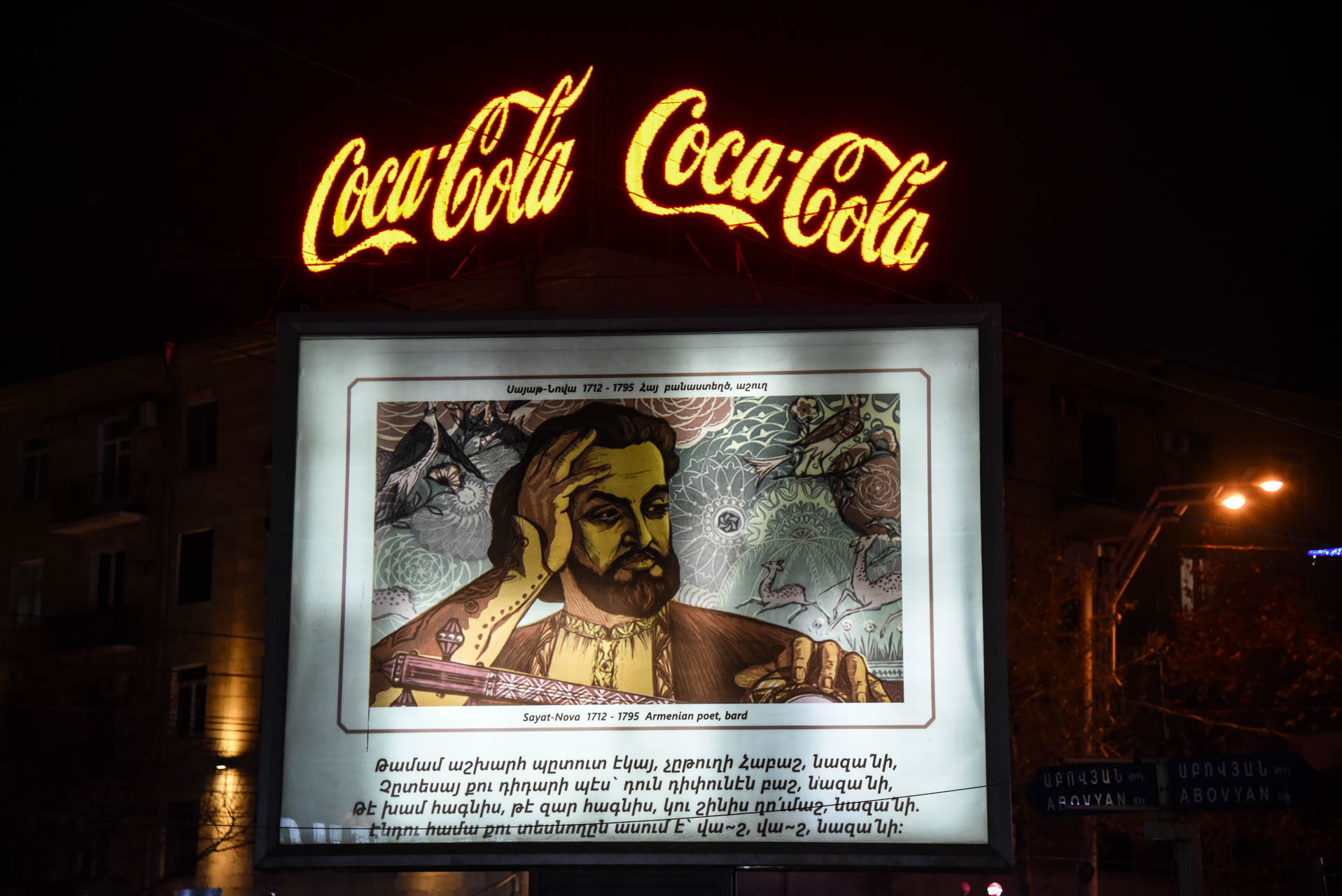 Yerevan has become a city of absurd: a territory of clumsy combinations and contrasts, where one lives, works, and rests, if possible.

The absurd surrounding us has become a part of our everyday life, something ordinary, inseparable, which we do not notice during the day and don’t pay attention.

All of this, unnoticeable at first sight, though, dictates and forms our taste and environment during time.

It seems they have turned the city upside down, nothing is in its place: the pink cow has emerged on the arcade of Mesropian alphabet, Coca-Cola has been hung on the top of Sayat-Nova, the cake makette has become a three-domed church, the church has turned into a food-court. There are no boundaries, free zones, the city breathes against one’s face, each square meter is privatised, sold out, or occupied.

The city has become faceless, tasteless. It’s not understandable who forms the taste – the state, the private, the individual? Who carry the responsibility, where are they, and, on the whole, are there questions?

One thing is obvious – there are no standards, no laws or rules function, only the gain of the private sector matters.

Visual information fills our life in such quantity, that it is difficult to differentiate between important and unimportant, secondary and primary, foreground and background, city zones and urban development trash.

Everything is messed up, clumsy, out of order like an untidy house, where shoes are found in the middle of the kitchen, pots and pans of the kitchen in the bedroom. But when the order of things change, the atmosphere of the house also changes – the city itself, our home.