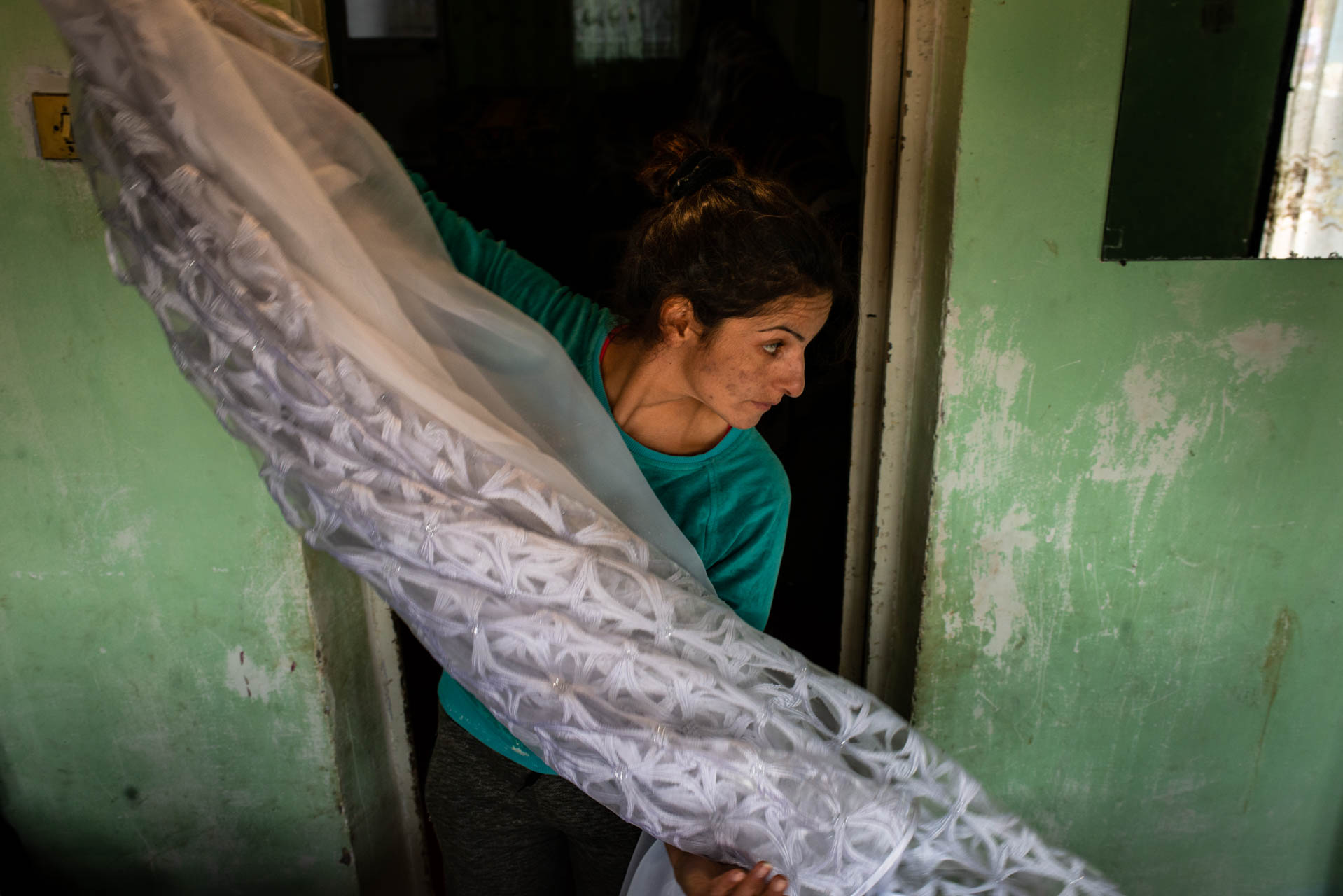 Living at the border is not everyone’s share. And if it concerns women, they must be stronger, they must even know some ways of being fearless or have special rules of security, otherwise how do they live there, moreover with children? 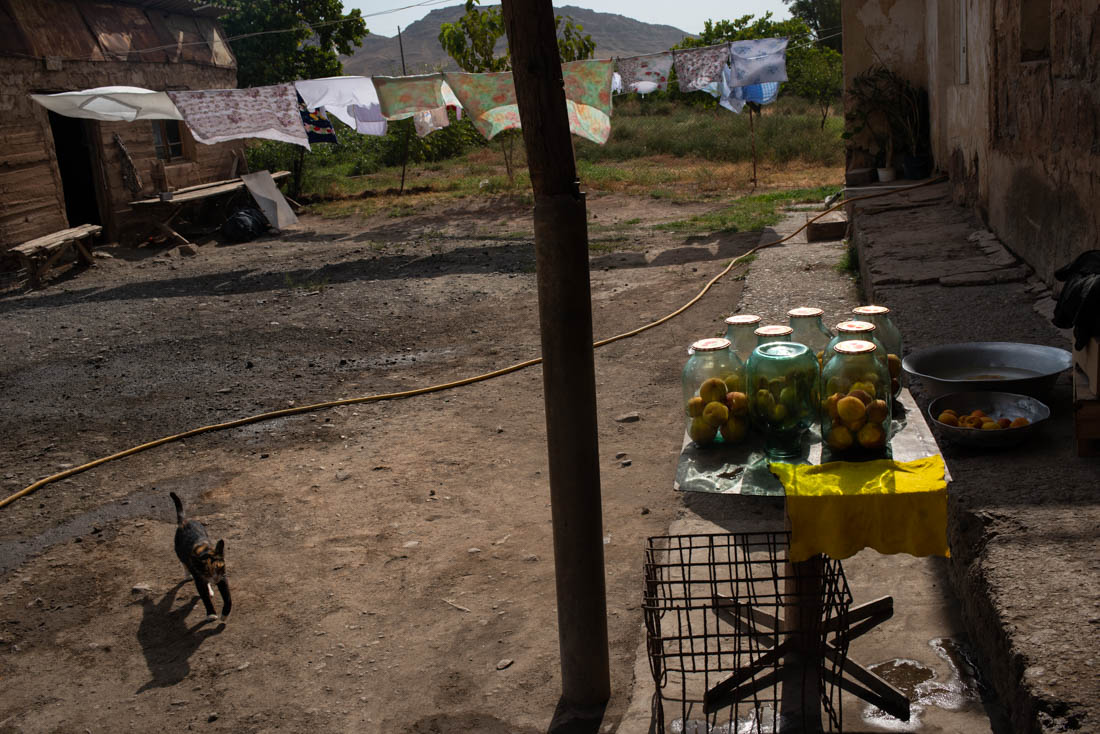 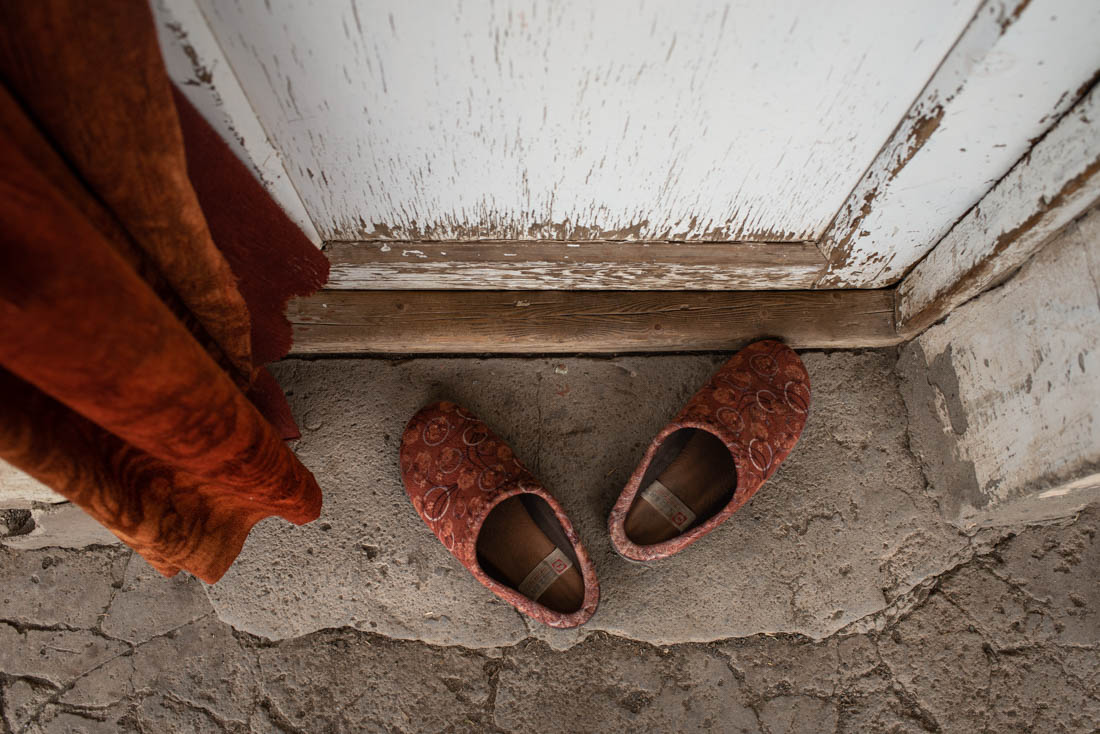 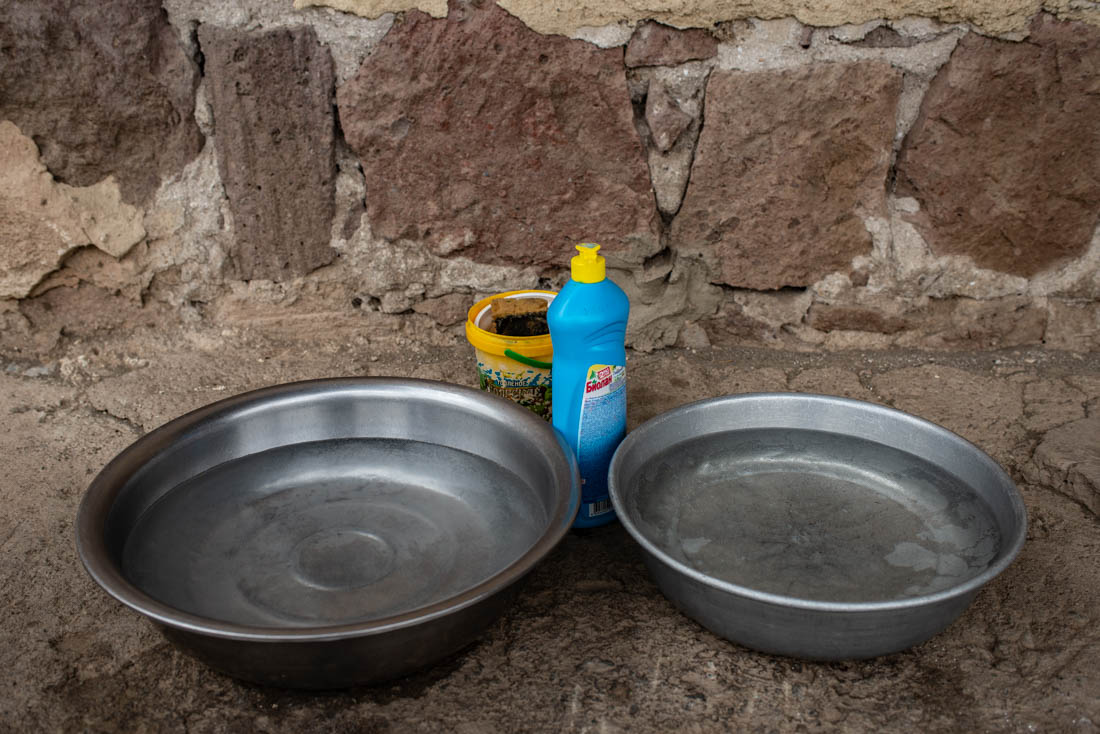 Upon going from Yerevan to Yeraskh my presumptions immediately crushed about the women living as a target for the Azerbaijani side, when I encountered a small woman carrying a full tub of laundry through the yard. We got acquainted, her name was Gayane. It turned out she had given birth just a week before and had come home with the baby. Now she was already doing her canning, running to feed the child, to put her to sleep, making her laundry, ironing, managing house chores, and, of course coffee for the guests. And all of this with such lightness, with a smile on her face, with a sweetness toward her mother-in-law.

Four children at the border, but the border seems not to exist for this woman. The daily chores are so many, that there is no time to think about it. Unlike many women in the village, Gayane’s husband is next to her, perhaps that is what gives her the feeling of security. We talk, and I understand, that her worries are more about the clothes, shoes, food of the children, especially because her husband has no permanent job. 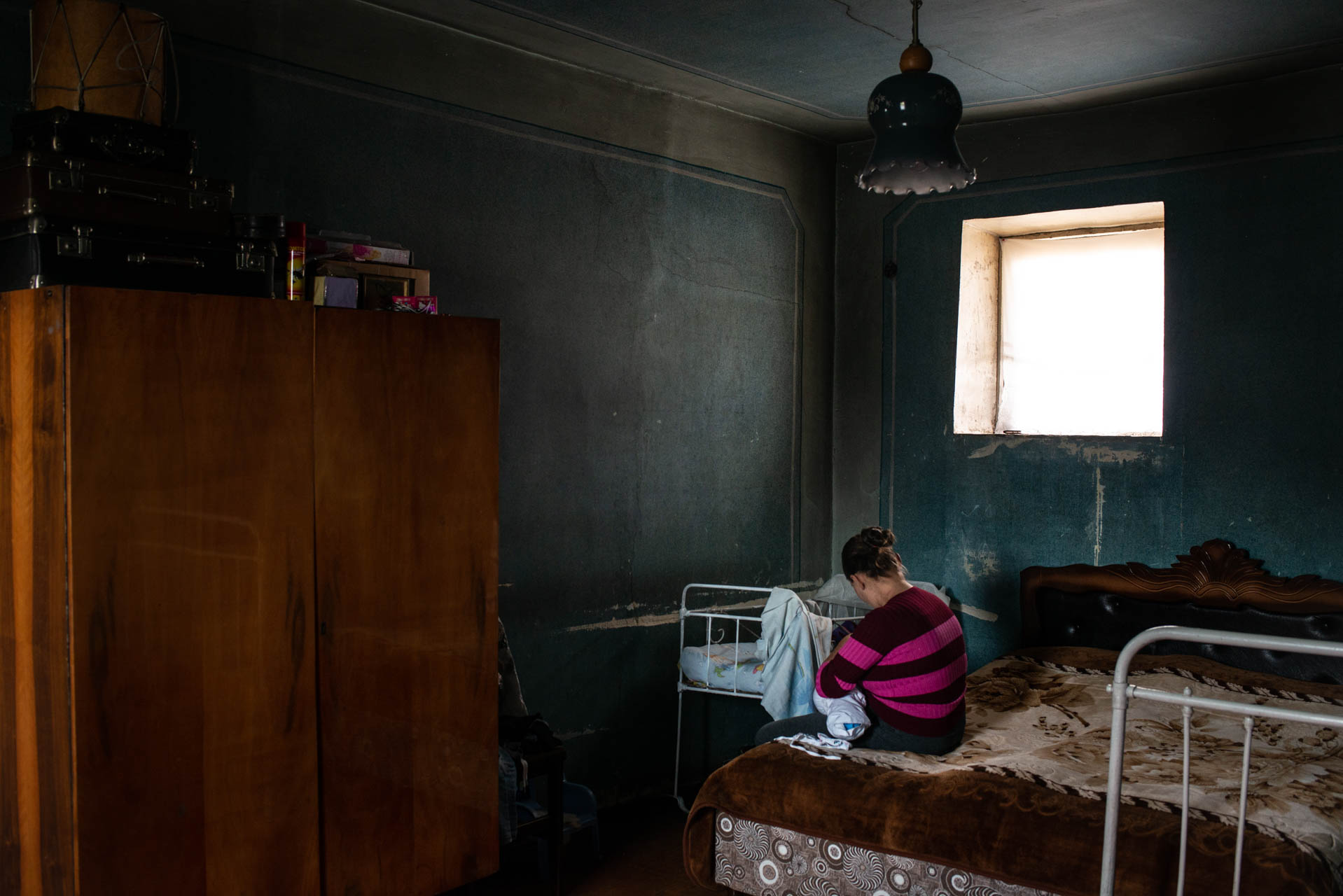 Getting acquainted with Gayane and several other women living in Yeraskh I think, that it’s not only the soldiers who keep our borders, but the women keeping the back of their families and husbands. This is their service, but they do not consider themselves heroes. They say there is nothing extraordinary and they do not have “special needs.” They are women drown in everyday life, their work in sequence or out of sequence must be carried out, the relations with the neighbours, phone calls, TV series, and the day is not enough.

The older generation of women, Gayane’s mother-in-law, Mrs. Siran has other memories of the village near the border. She would come to Soviet times Yeraskh to the cinema, there were concerts, the club actively operated, the women had places to “represent” themselves, they would care for themselves more. But now there is no any occasion of “occupying oneself with such womanly issues.”

“Those are empty things, my girl”, says Mrs. Siran. 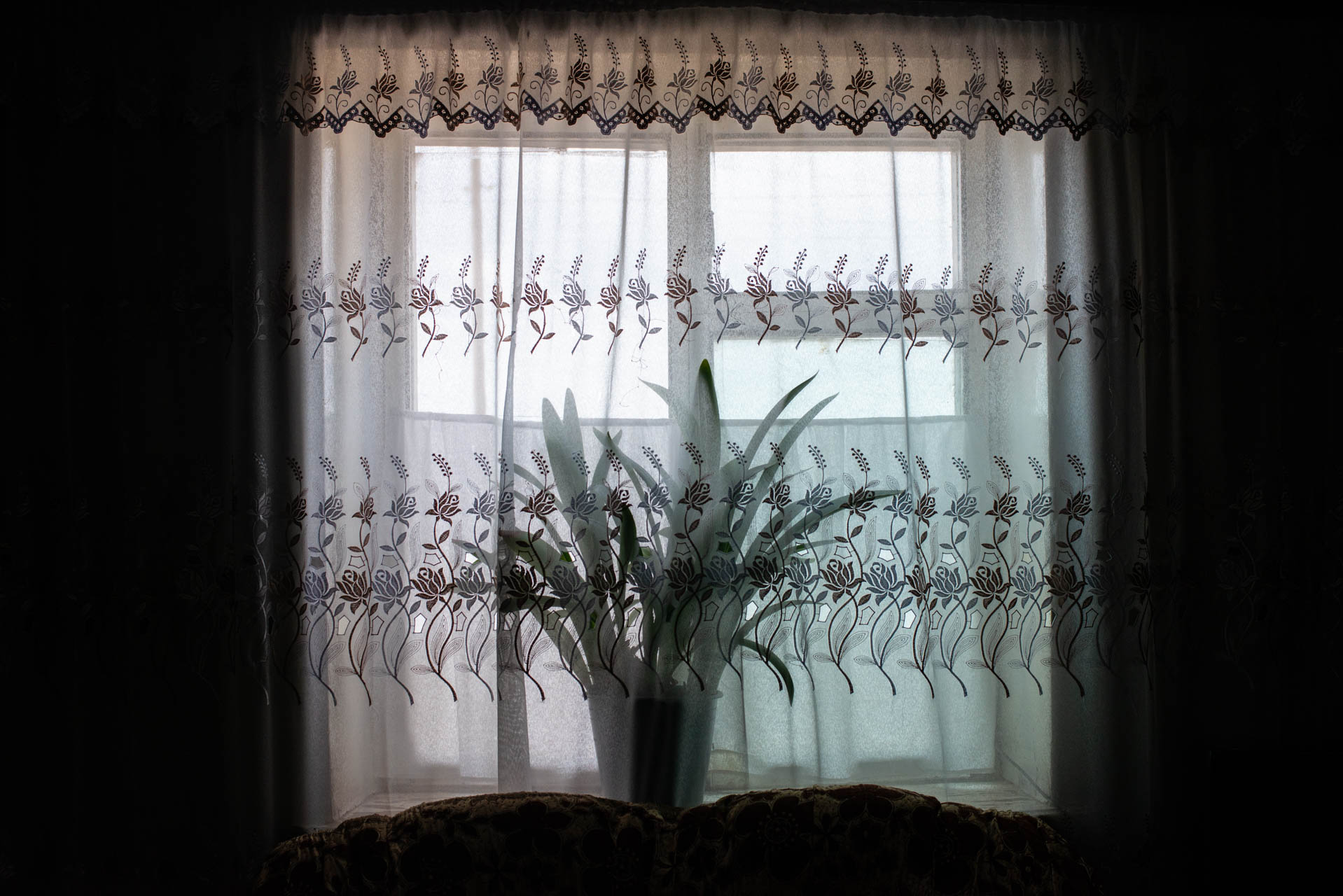 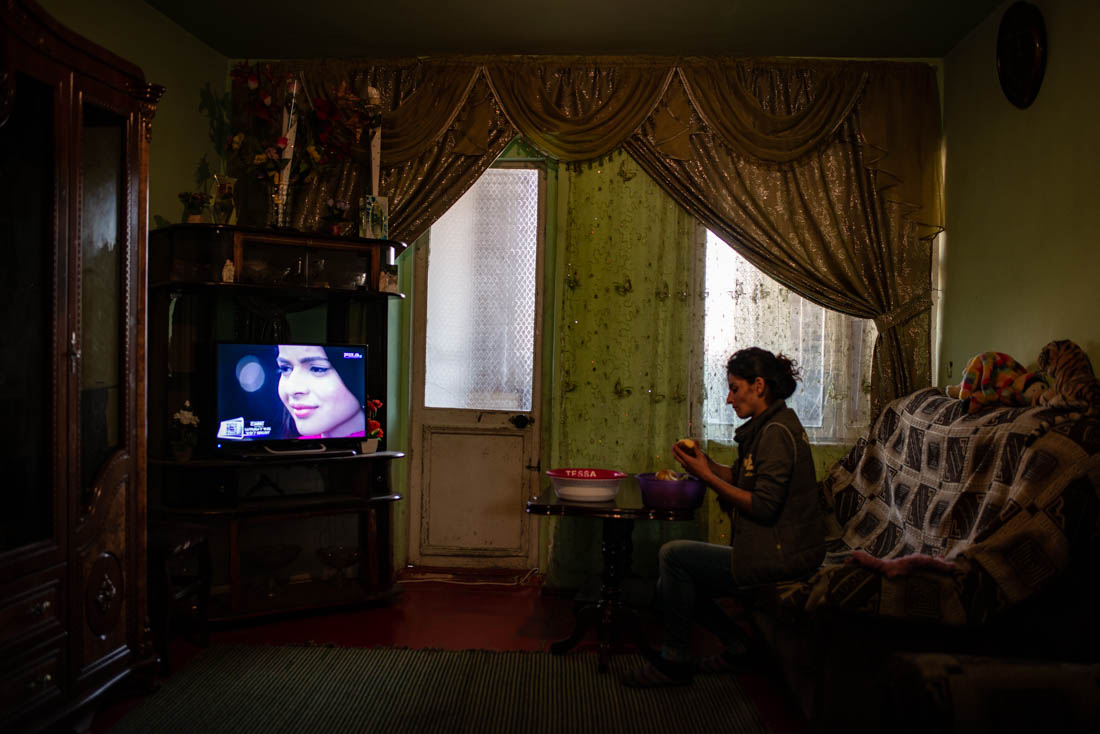 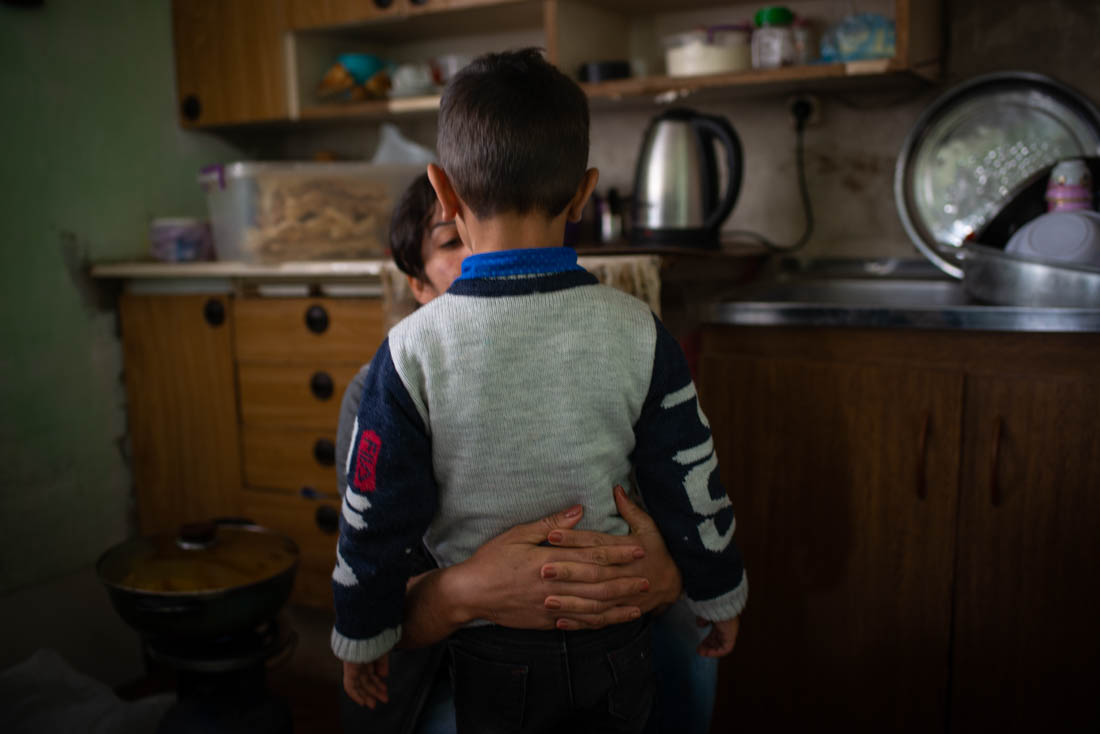 Leaving Gayane and her family with my mind still hovering upon them, I approach the next house. The gate is open, on the right it’s the bakery – the summer kitchen, the closet, the wood shelter, which must have been a garage before. Two young women are sitting squeezing tomatoes. Six children mess up around, make noise, eat tomatoes, cry…

They are the wives of two brothers, they are preparing for the winter. The housewife – Meri, has married and come to Yeraskh from the border village Khndzorut in her 19s. She has three children. Since the beginning of their marriage her husband goes abroad for work like many men in the village. 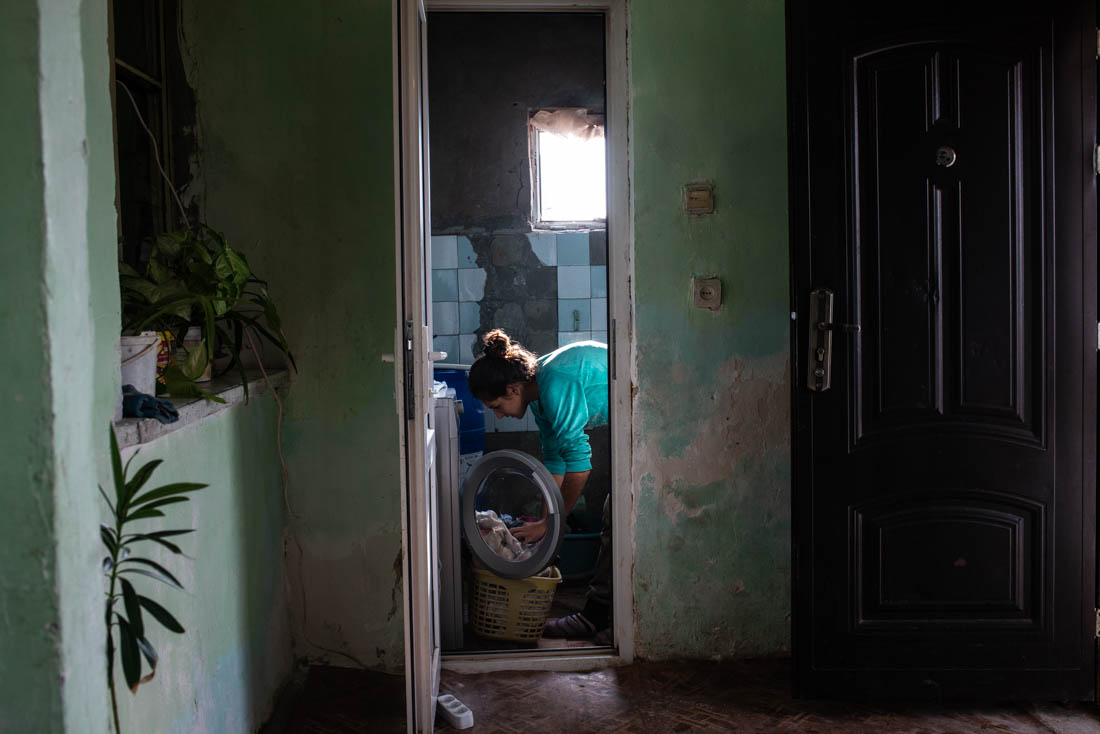 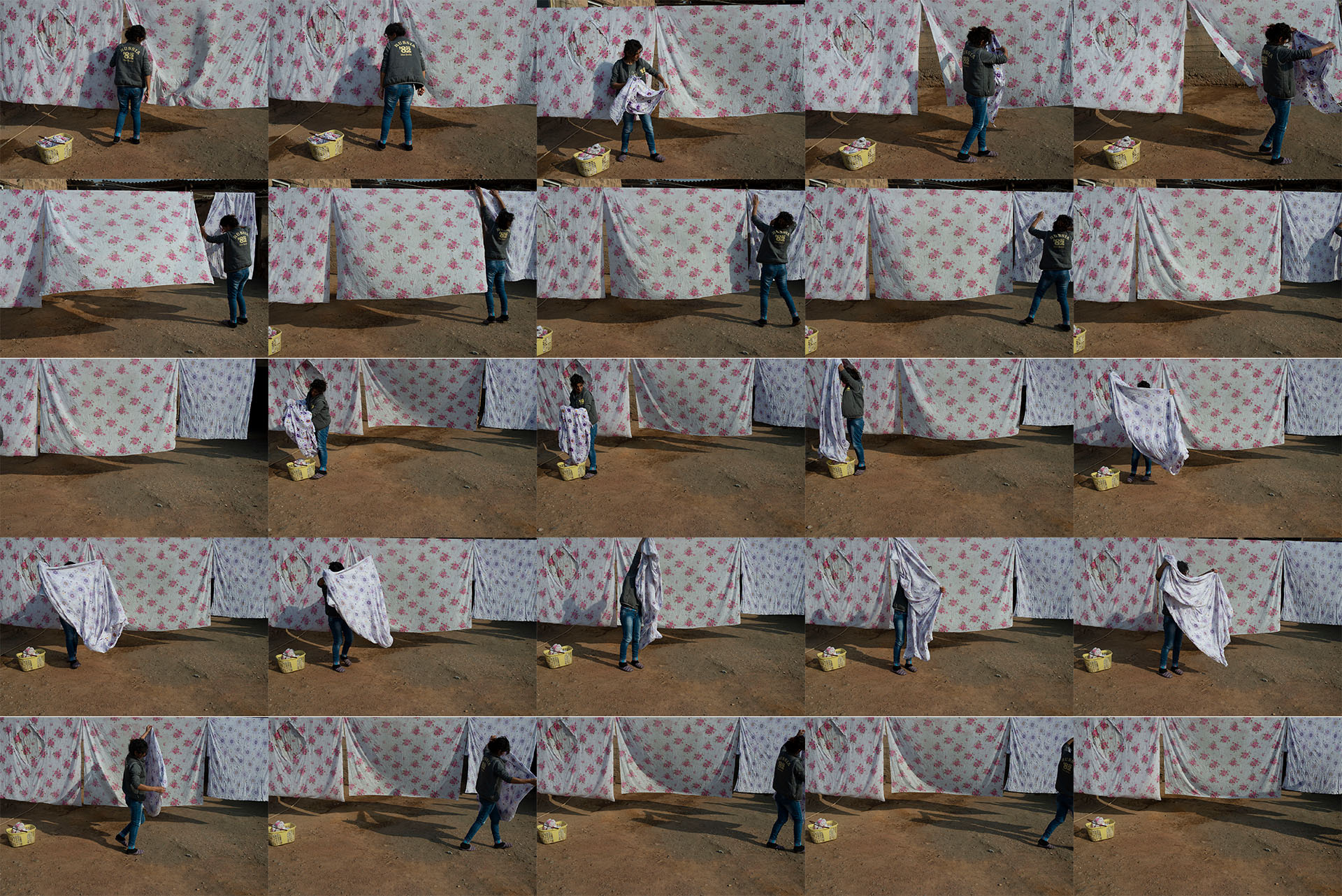 I think of a woman left on her own at the border, aren’t they afraid. I will understand later, that no woman in the village is alone, they help each other like the soldiers fighting in trenches. They look after each other’s children, make laundry, bake bread together, and become one family. 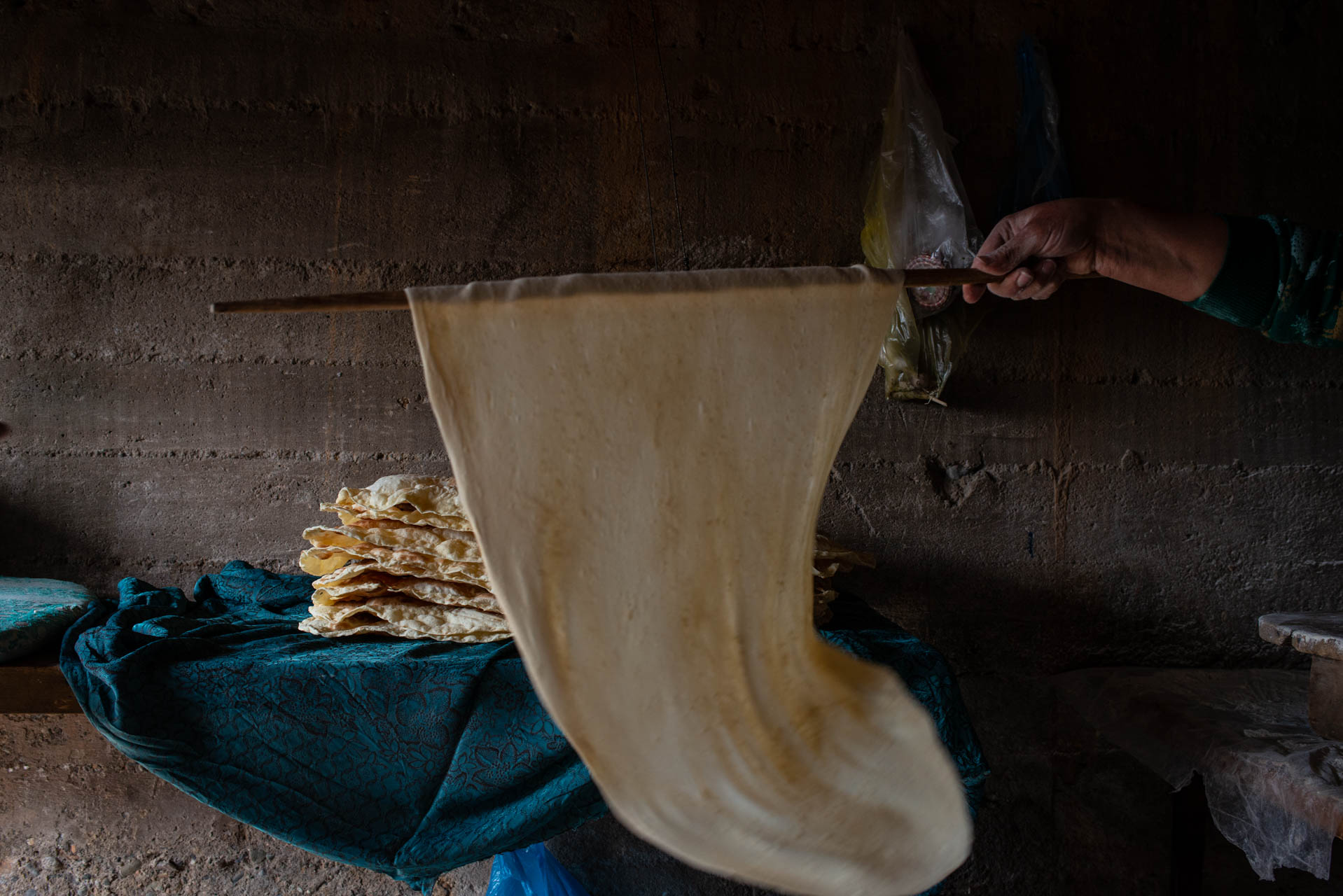 31-year-old Meri says she is happy. It’s one year already that they live separately from the parents-in-law in Yeraskh. Though there are debts, but they are making a house. Before that they have left for Russia to be next to her husband. But neither she, nor the children got used.

“Our home is here, me and my children feel good here. My husband comes every winter, we have gotten used to it, we do not complain”, says Meri.

She makes 200 pieces of canning, which will suffice for the winter. I ask, what about bread? “We don’t buy bread, we bake it.”

Next time I am invited to the baking process. They bake once in a week, all together  – the neighbours, the relatives. 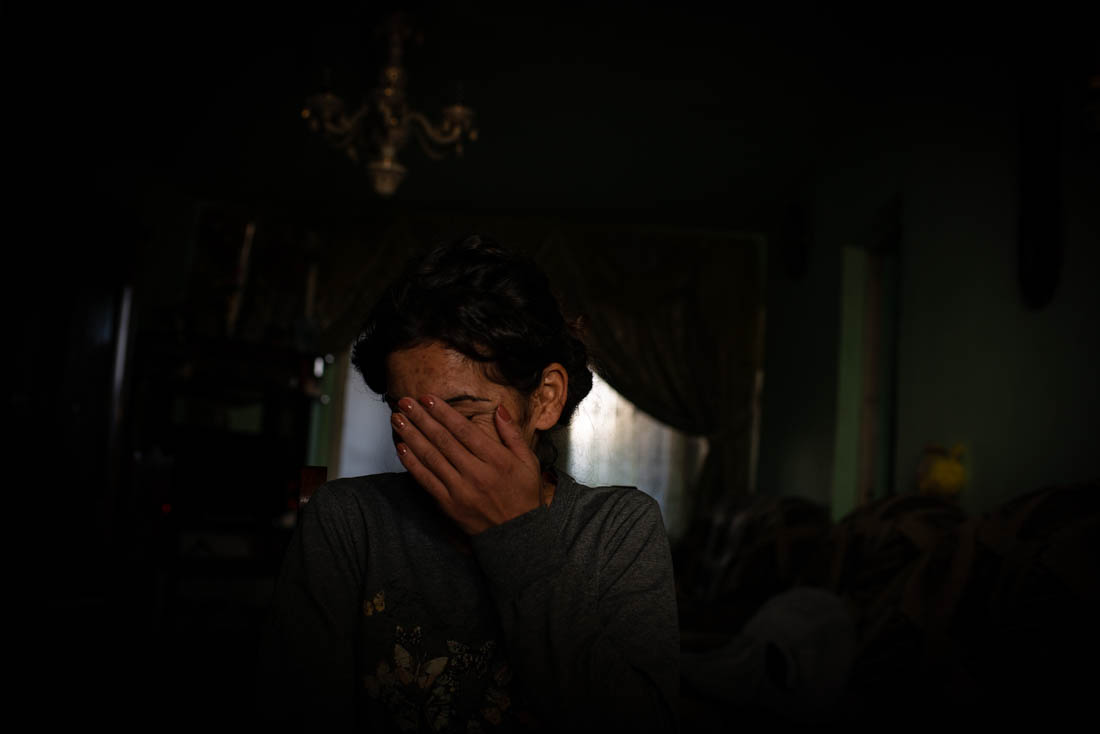 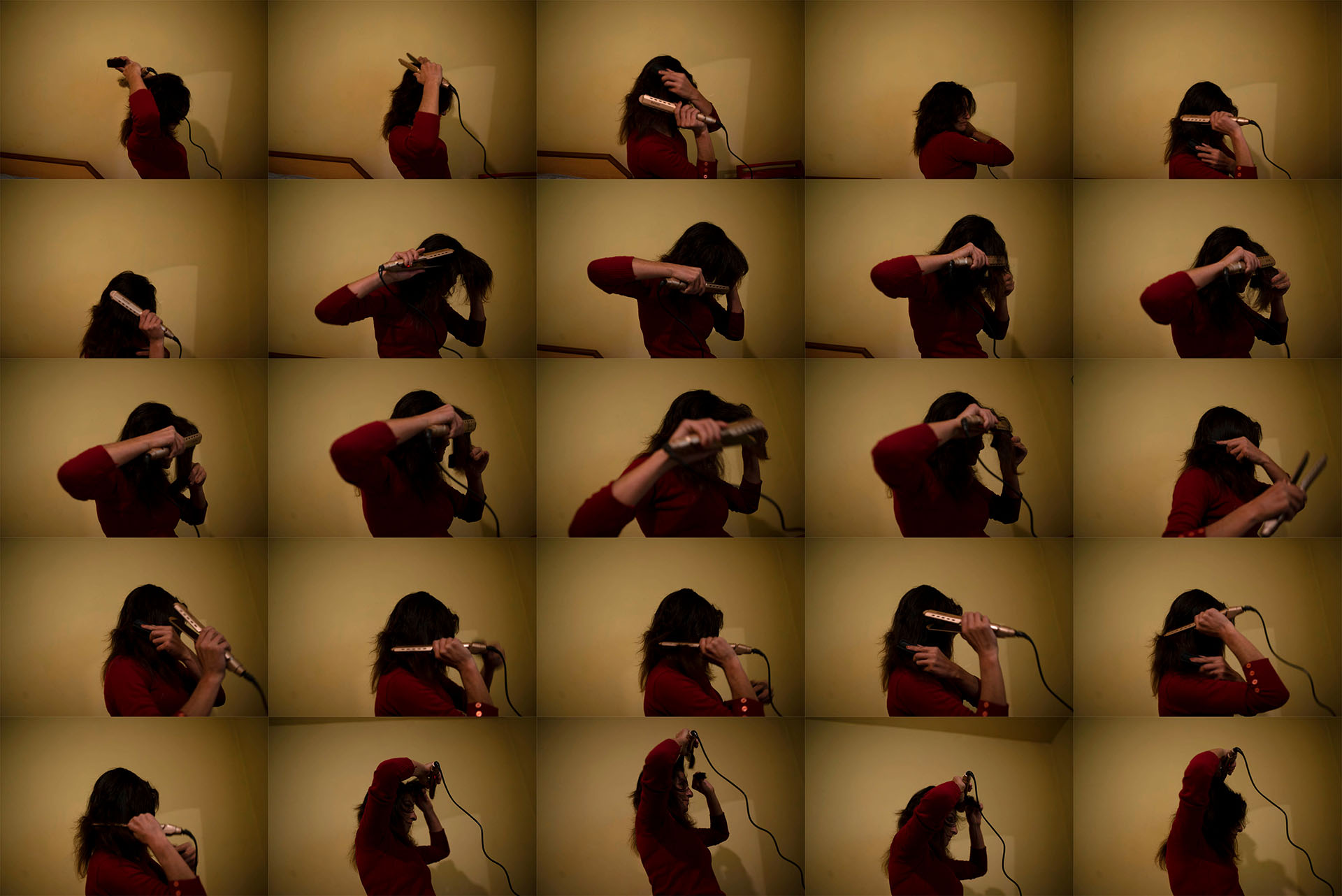 At farewell Meri sees me off with warm lavash bread…

I stop for a moment upon coming out of the village, I look at the village, it reminds me of Meri’s lavash with brown, burnt “moles.” There is no water, there is little green and trees, if there was water, the worries of the women would lessen, and the village would be more protected, and wouldn’t be that “clothless and naked” as a target for the enemy. 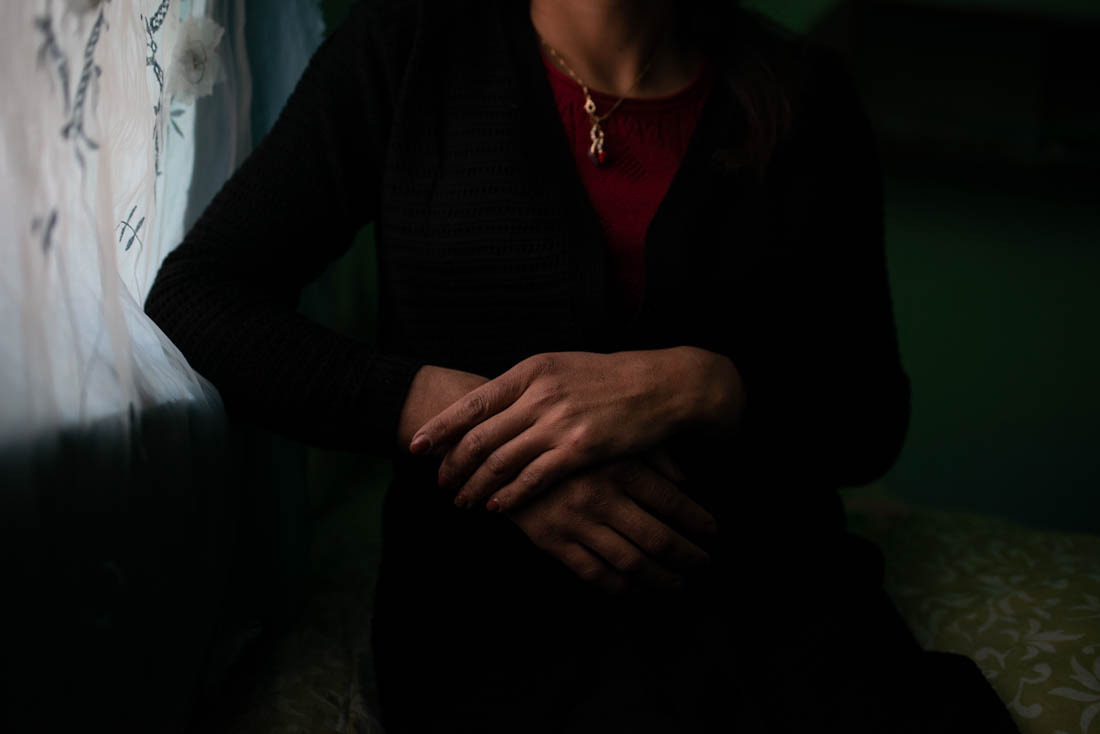