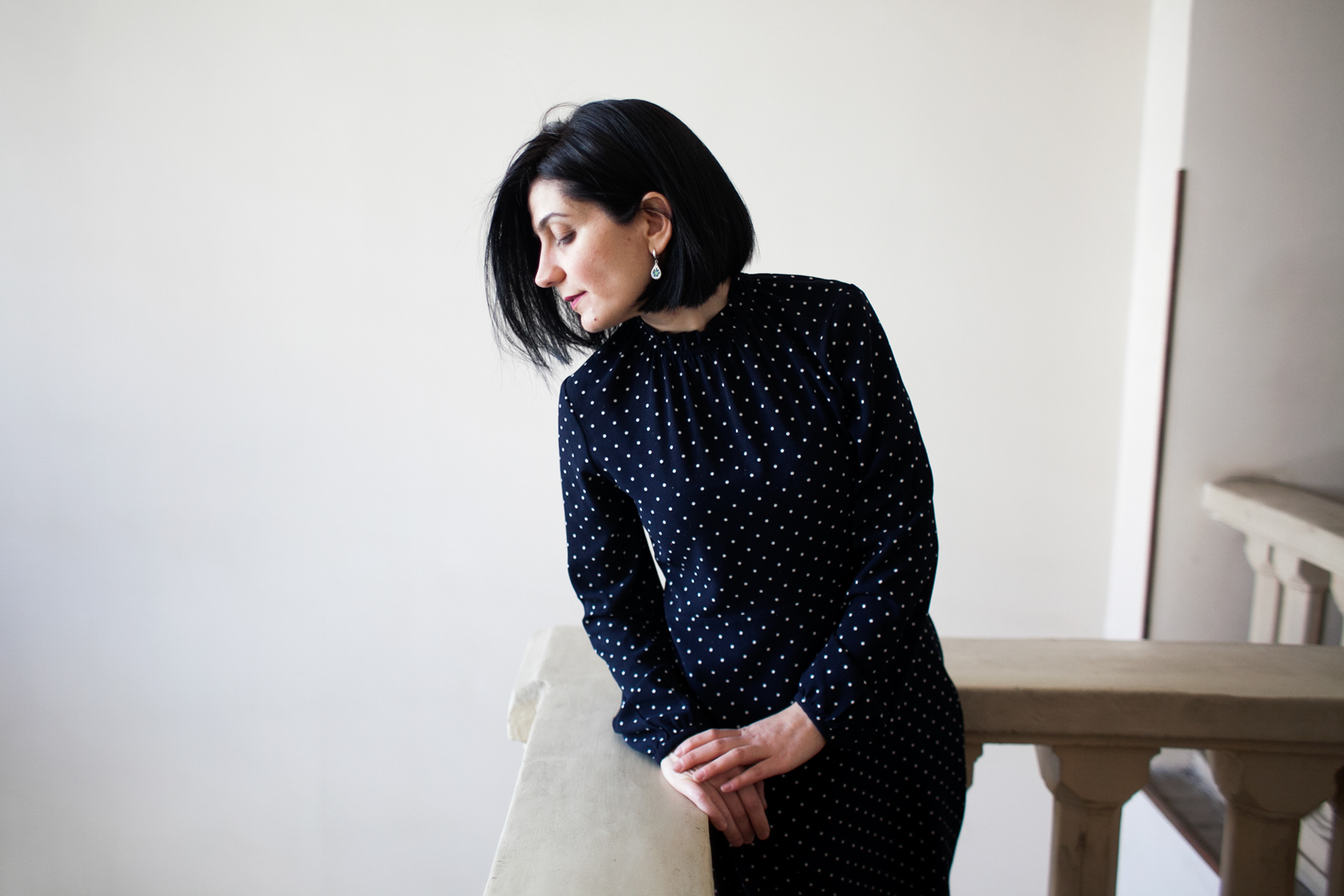 October, November, December, January, March, yes? It is the sixth month this is my new life and I don’t see it in time, but it is actually the sixth month, or half a year. And I was rather confident in the beginning, because it was a new obligation, despite the fact that it is paid or not, appreciated or not, I have taken over something that I do, the payment and prestige depend very little from what I need to do, because I have taken it over. I want to say that with my activity I try to show people that yes, it’s possible to be a person, who voluntarily goes for the action of protection of the benefits of the community. He/she doesn’t have for that any personal, political ambitions, not any professional ambitions, any social, self-establishment ambitions, he/she just gives that time for social work. Making that image, that activity real is very important, it’s important that it becomes very ordinary for people.

At 8:12 Satenik picked up the phone, sat in her bed and emptied her water glass, ate round slices of carrot and drank the cold coffee. She wore her dress still warm from ironing, with the fingerprints of her mother on it. She messed in the drawer full of earrings, took out the blue-gemmed ones. She pushed the button of the elevator and came out of the high-story building. She participated in a meeting in 2 phases with the groups from regions in the Institute of Ethnography. In 1 call she found out the time of her visit to the kindergarten N 110. The driver of the Council of Elders found the location of the kindergarten in 3 tries. Satenik made the organizational issues of the kindergarten clear in 10-15 points and made 5 notes in her notebook with colourful puppies. Then, call after call, 1 more school and 1 polyclinic. At 1-2 a lunch break, a plate not emptied in 2 tries and 1 cup of coffee. At 2 a Council session with 63 members, 45 for, 6 against, and 5 abstaining, they approved the bill. After the session 3 conversations in the corridors, then 2 bundles of printed programs arranged in the room N 312 one by one. She took out her ID in the control point, the blocking bar turned and took her to her sister’s house, 2 of her 3 nephews are twins, she hugged and kissed them and read 1 fairy-tale for the 3. She went to the cafe “Art Bridge”, met Armine and bought 3 pairs of silver earrings, 2 for her, 1 for her sister. At 10:15 she was on her way home. She was tired, had supper in the kitchen. She opened 1 file on the screen of the computer, she read the text 2 times and noted 4 parts in red.
Already 6 months and 2 days like this: Satenik Mkrtchyan is a member of Yerevan Council of Elders.

I always say that I make my share of revolution now as a member of Yerevan Council of Elders. The world, the countries have created different systems, which make our coexistence possible, and if that work is not done, that spot is left open. And evaluating my professional skills, the features of my character and the accumulated experience with the society and my love towards my living place, I saw that I can invest my powers in the changes possible through that institution. If one thing is not everyone’s, it is easily thought that it is not anyone’s, it has no owner, and it is permitted to use it by every group or person for their benefit, but the community benefit and the property of the society is something, which belongs to everyone of us, and for that the first obligation of a member of the Council of Elders is the realization of this benefit and the protection of this property from individual benefits. The Council of Elders is a well-thought structure in fact, that the population elects a group of people, and gives them the right to control that work, but not for money, there is no salary there, it means that you are not in any hierarchical structure, you have your debt to your community, you have taken that over, and the people have elected the power which you represent, or sometimes elected you directly. I have consciously taken over this type of job, because I think that the states are built through these institutions too.
My scientific and research profession assumes work out of home in the libraries, or in the case of anthropology, in the fields, in the circle of people, different modes of information collection from them. And being a member of the Council is something out of the house, you know, and I pass very little time at home with all the consequences resulting from this. Cooking, washing, cleaning, ironing is made by my mother with big love and care, those things mostly happen during the free time of sundays, those things which are done with pleasure. I remember very well my first tries to make meals, and until now I have it in my memory how I kneaded the dough for bread with my grandmother in the village, how I was making it, and how once, when everyone had gone to the fields for agricultural work, I kneaded the dough by their return, made it ready. I feel that delight until now, the delight of making bread on your own. In the beginning it was the delight of a never-before-done thing, the delight of succeeding, I feel after that it circles around the actions of making something to eat mostly.
The only thing that I very often and always say is that childhood was a time, when we were very free, free from responsibilities, free from imaginary heavy burden, and I think we used to do things, which we wanted to do in fact. Though I always remember several “it’s not allowed-s’” which always existed. When we had guests at home, it was not allowed to live a regular life, the presence of guests would change the routine of life. In our family, it’s interesting, one was not allowed to do any egoistic thing, to do things, which were only for your benefit, good clothing couldn’t be enjoyed alone. It was then when I sometimes rebelled against that, because I used to say, no, if my sister wears these clothes, finish, I don’t want to wear that clothing any more. It meant it was not mine, it was my childish protest against that. But now when I analyze that, I understand that it is a very important skill, that people should be ok with the idea of sharing some good, and that helps a lot in life, that you accept the idea of sharing in this world. I always remember something, though it turns out now, that in different pedagogical and science disciplines it’s not a right thing, but when there was some quarrel in our family, the solution to it would lie on those who had quarreled. If we quarreled with sisters, then we had to solve it ourselves, and there was always this message that the eldest must find the way.
I think that in some phases of life I have excelled the expectations of my parents, in some things maybe not, but the thing that has stayed with me, was a very important episode in the school years of my childhood, when school education was very important in our family, and the children needed to study well, that was a must, it was a very important base in our family, and my father was trying to stimulate it more. Especially in those phases of studying, being excellent at school, being an example, being a good person I have always matched with their expectations, as a rule. But I am also sure that in many cases I haven’t justified their expectations, but to tell the truth, it was not so much discussed at home. If I tell the most now, I don’t have the knowledge of what I haven’t fulfilled, I can just assume, think, doubt, but it was not anything discussed in words. I don’t know, I assume that in a certain phase of your life you have a more predictable way of life, your family, children, you must accumulate what you already have, you must become rich, or have higher titles, or have more children. I assume that in a certain phase they have these expectations from us, and not only the parents, perhaps the whole society, maybe the regular pattern is this, and every decline from this is already considered a rather non matching behaviour.