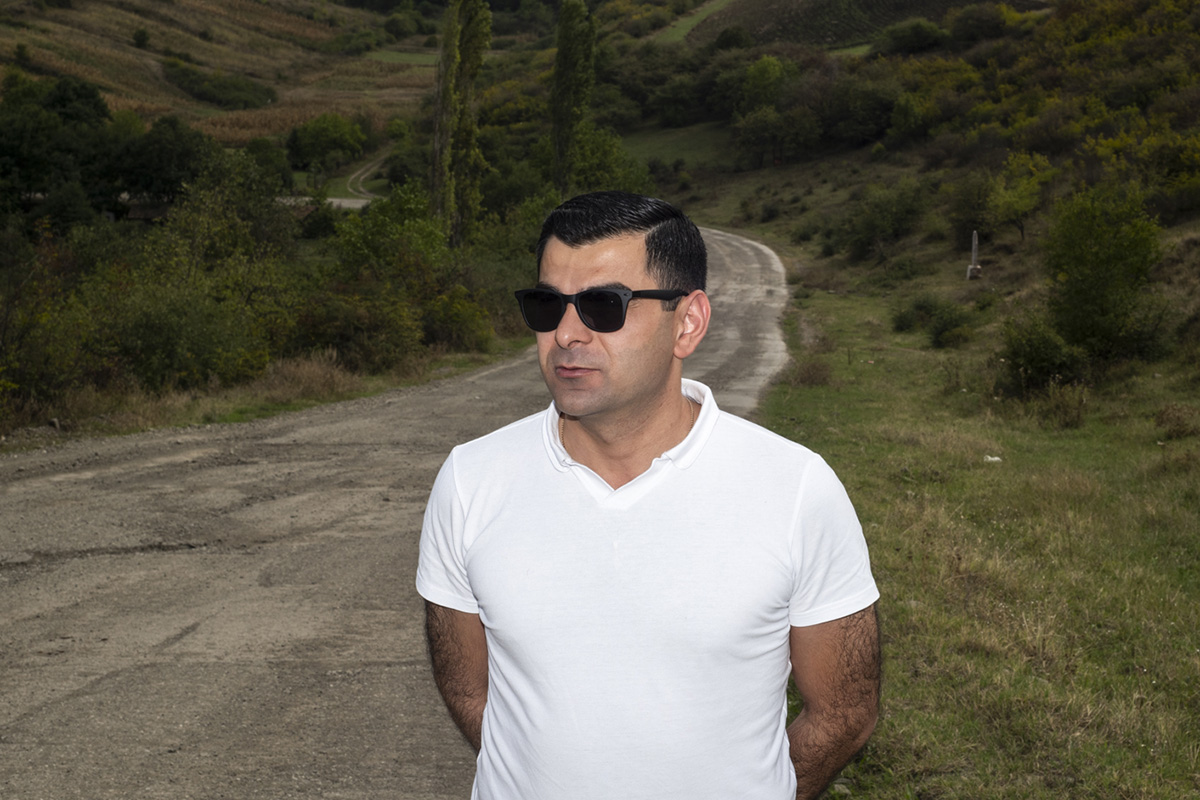 The village as if in a plate by the shore of Joghaz reservoir is Berkaber. On the other side of the reservoir lies the Azerbaijani village of Mazam and a military position of the adversary, from which shootings are fired occasionally. In Soviet years for solving the problem of irrigation they built an artificial reservoir with great efforts which dramatically changed the landscape and the natural variety of the village. People planted gardens at the shore of the reservoir and began breeding fish in its waters. The memories of those times still live in the thoughts, eyes, and destinies of the people. The war of 1990s and the following ceasefire violations turned Joghaz into a water border. But the relative, or as Berkaberians put it the “little” peace gives them hope to begin everything again.

But what is the number one problem of the village? I ask the worker of the small museum in the center of Berkaber. “The men”, he says. “We have more than thirty unmarried young men twenty-eighth, thirty-five, forty years old. They work all day. No time to marry… Of course, each of them has his own reason. And the shootings are there, people are afraid to send their daughters as brides to our village.” 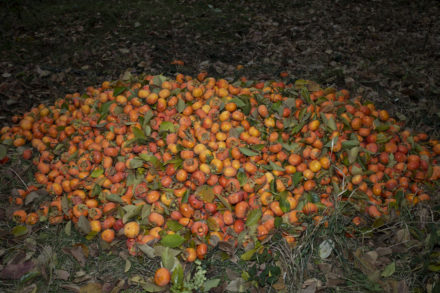 “For instance, if there is no war, by war I mean if you do not wait for shootings, the potential here is big, of work, of living. The intellect of our villagemates is very high. Not that when you say a village, a border village and you think that this is a lost place. Everyone is active here, they have had relations abroad. Now if I say that we want to have a nanotechnology production in the village, it may sound ridiculous, but there is that potential. We have many clever young people in the village. If there is no shooting, everything is possible to do. We do it now too.”

After the war of the 90s people were hopeless, those who had seen the war. Many didn’t want their children to grow here, they would say go, live in a safer place. They had forced me to leave like that too saying there’s nothing to do here. But of course, I haven’t been here, working abroad, but I have returned.
There are thirty men who are not married, but that is mostly because the people consider this a border, no one wants to bring his girl to hear the shootings here. They have mostly thought, ok, not today, then tomorrow, some opportunity will turn up to have some place in the city to be an alternative, if there is a fight, we go there.
Who lives in our village now, they have already decided to live here, and have made that decision long before, and they have no other place to go no matter what. Even if they throw a nuclear bomb, people will not go. They left in the 90s, those who have left have left, who tried to build their lives somewhere else. But if people have stayed until now… let’s consider for thirty years it’s a war, but people live here.
Our generation has changed the lifestyle a bit, one can say, has broken the stereotypes, that it is impossible to do something in a border village. Right on the border it is possible to live and to create. 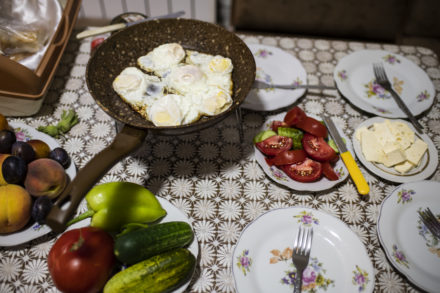 “Living here is a pleasure. If they ask me where, in which spot do you want to live, I will say, in Berkaber. It’s clear that Berkaber is not the safest place on the earth, but it is ours. I explain like this, it is ours. I want Berkaber to be a self-sufficient village, developed in all its infrastructures. We go toward that step by step.” 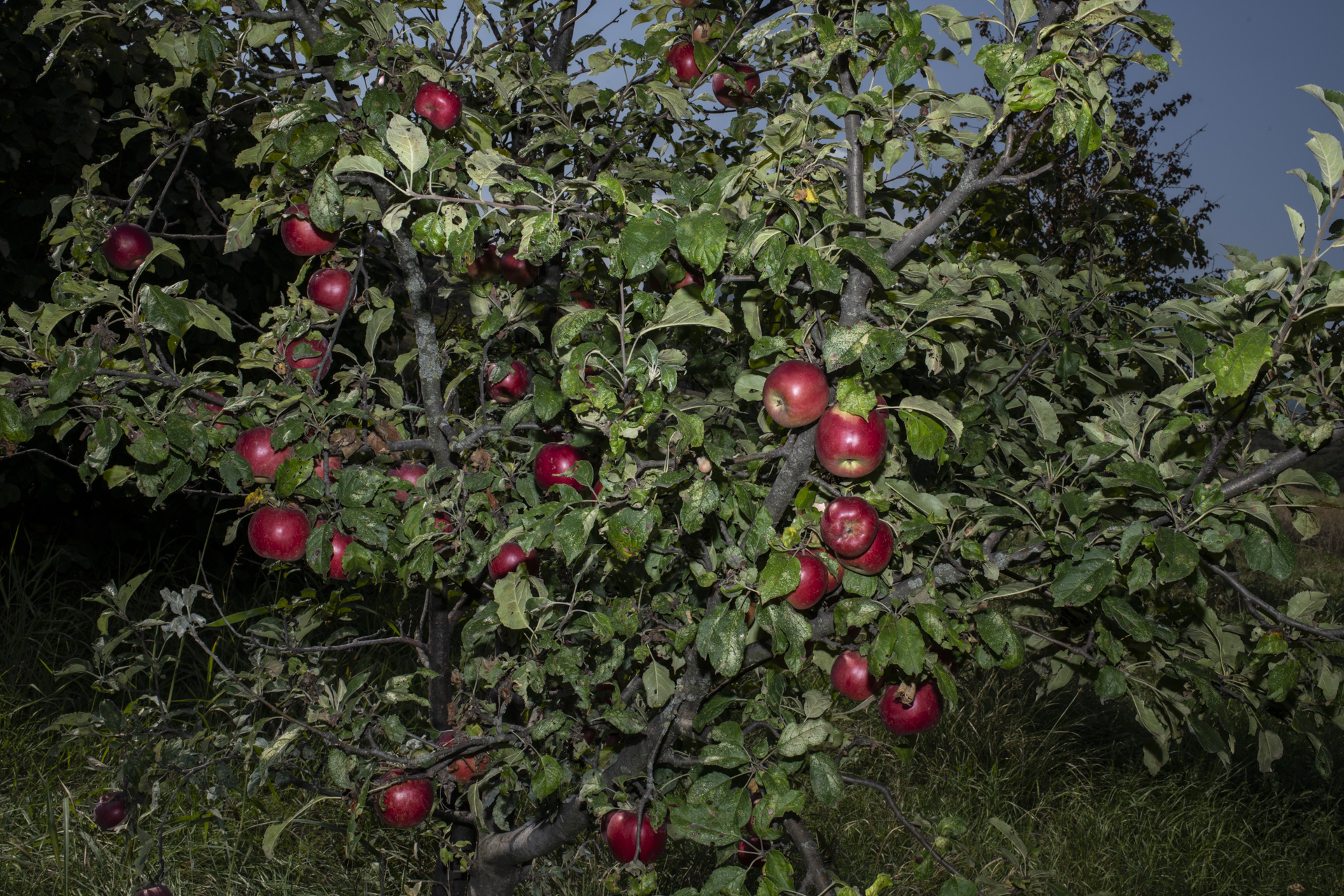 The young generation of the men is the leading force of the village. The young men who passed their childhood in the Alpine mountains of Verin Berkaber and got strengthened in the waters of Joghaz now firmly stand in the target of snipers trying to earn their living from the bounteous soil. Five years ago with the help of “Sahman” (Border) NGO they created several small businesses, a greenhouse and refrigerator companies, stone and sewing workshop factories. There are gardens of persimmon in Berkaber now, organic honey and dried persimmons are produced, many agricultural branches develop. The young men have stayed and work in the village. They are connected to each other, and to the village. 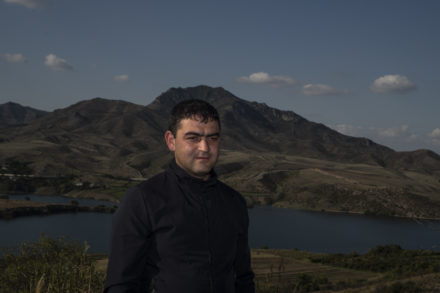 “Young people love the village very much, and that’s a big plus, no one leaves it. It’s a small village, they are connected with each other.” 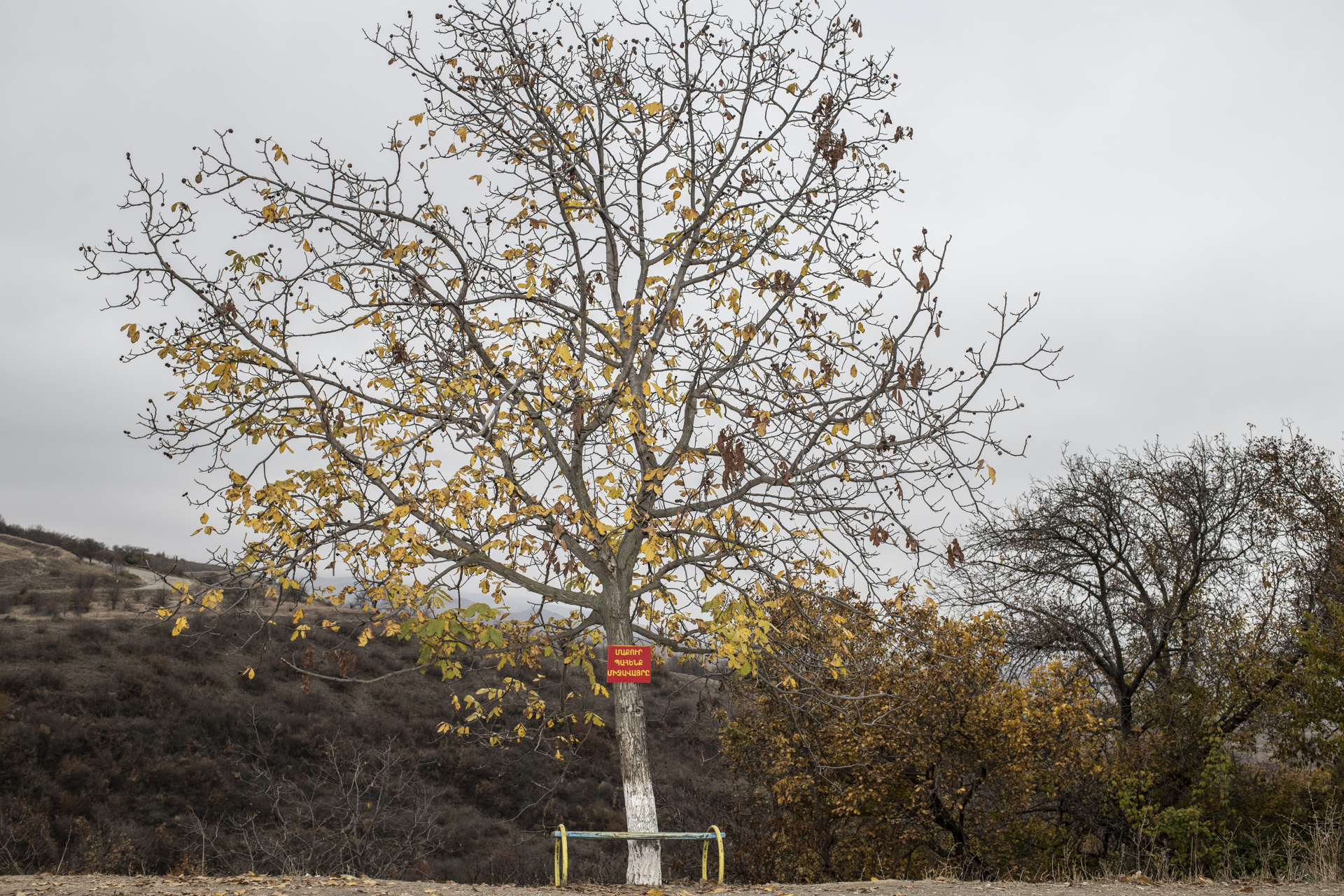 “We have many things to be solved in the village, so that the girls coming here would want to come and live here.” 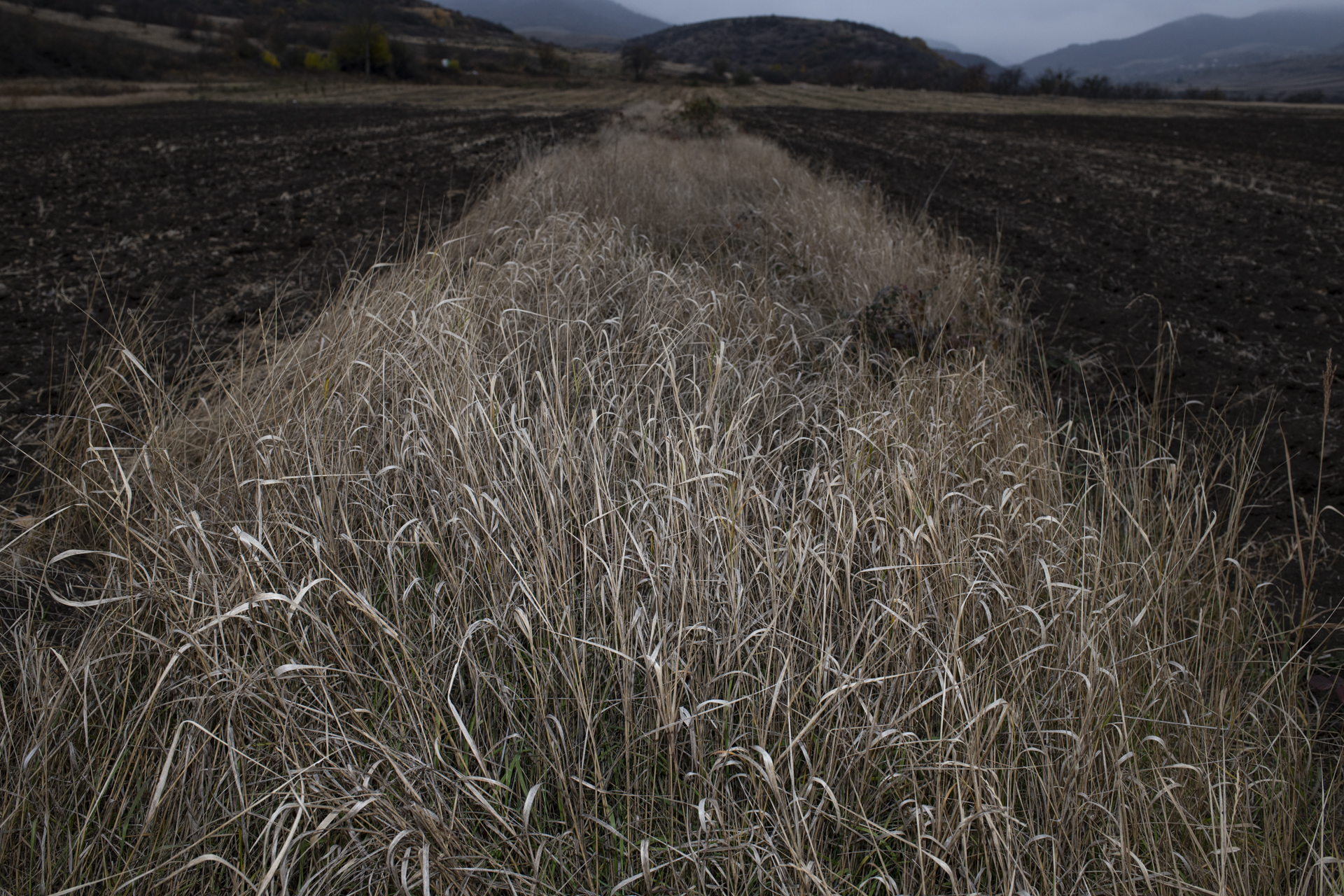 It’s one village one family, we are like that, and we all have responsibilities for the village. If something is broken, we will fix it, we won’t say the village head must go, fix. If there is a need for help we all help each other. It is not anything new, it has come from earlier times, from out grandfathers, fathers. That unity has always existed. 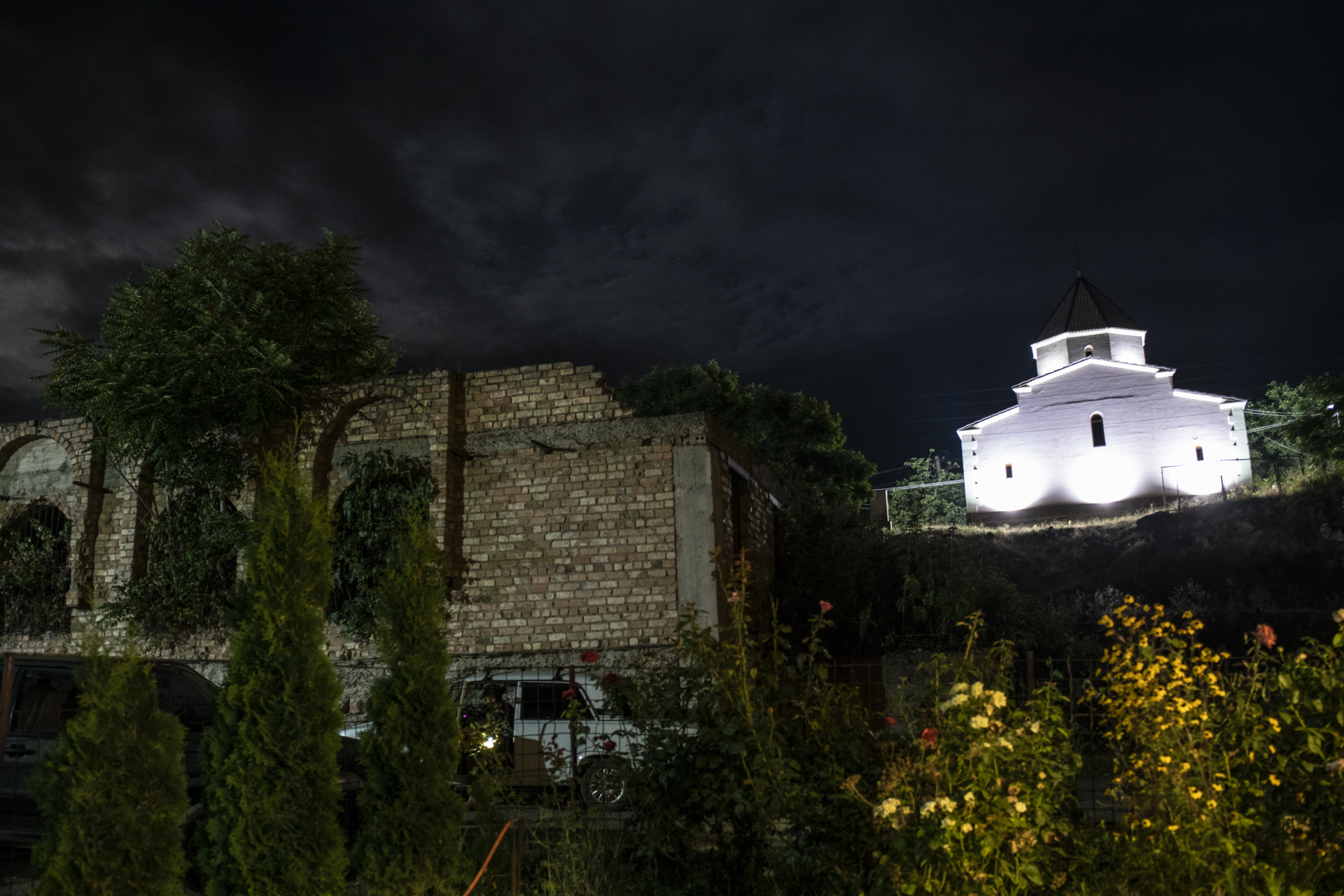 They gather in the village center in the evening. They talk about their daily issues around a glass of beer, who has what to tell about, what they are up to doing tomorrow, who needs what so they go help. Ara is going to collect persimmons in the garden of “Peace”, Tigran will fetch the bee-hives from the mountains. They have in that way solved the issue of kindergarten altogether, they have cleaned the village, put up red sign boards along the village reading “Let’s keep the environment clean.” They have created “Berkaber” NGO for the projects of the village and have founded the “Extreme” cafe in front of the military position of the adversary where Margarit brews her mountain-seasoned tea, and there will be some place to go in the village.
The men are a community in Berkaber. 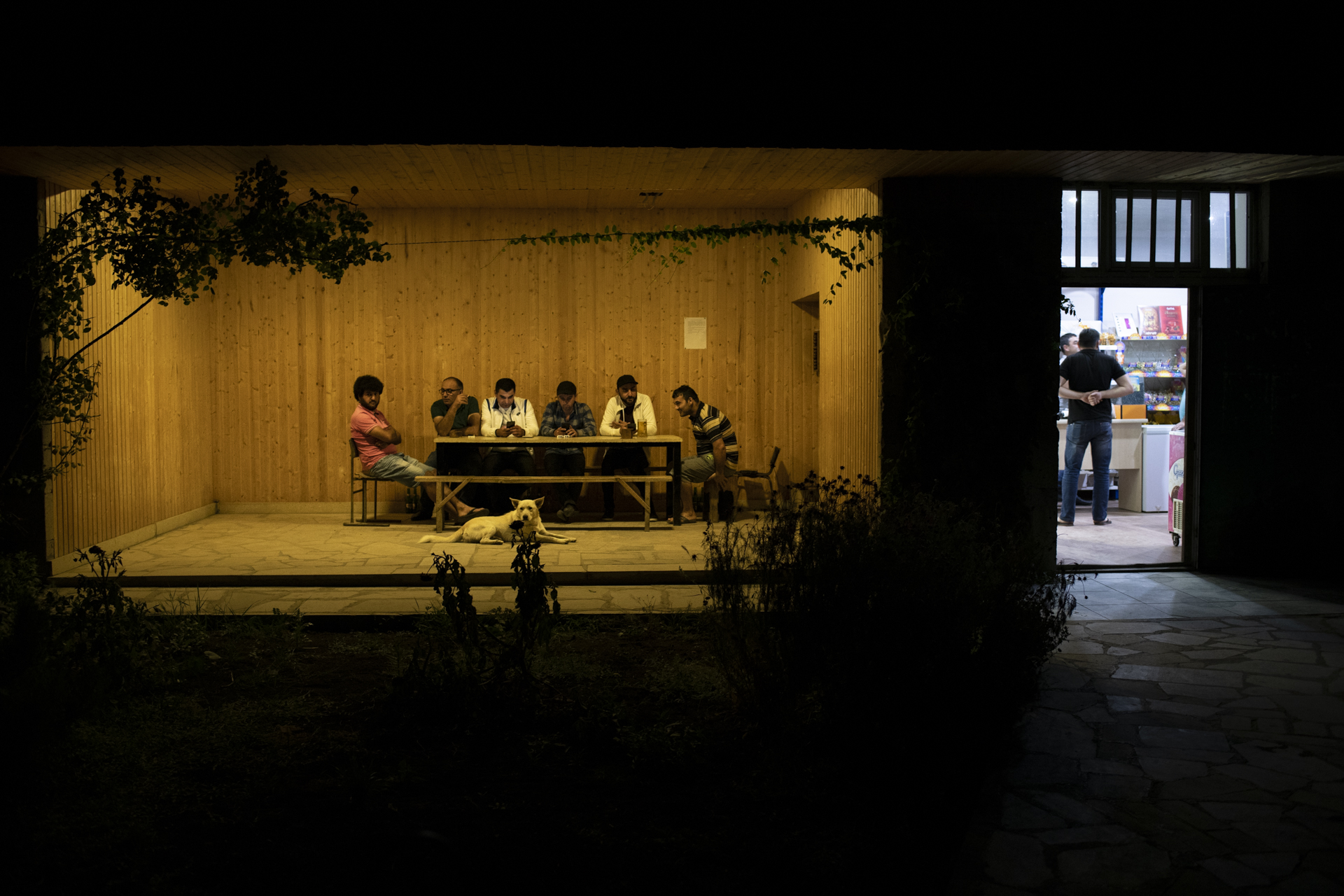 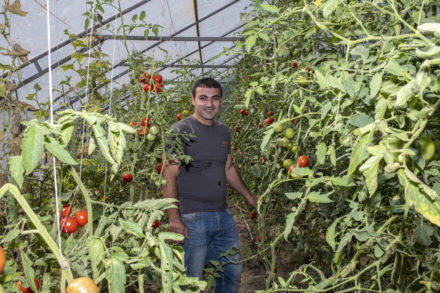 “When they say the motherland begins from the border, that very concrete place is here. The meaning of living here is that you are comfortable in your native environment. I have stayed long in Russia, worked. But no matter how well you behave, they consider you a stranger. Here I am in my place.”
The situation is such that many aspire to reach something, then marry. To have a place to live outside, out of the village, be it Ijevan, or Yerevan, or some other place.
Because, let’s say, since the independence the experience shows that, yes, there may be peace, but it won’t last. Four, five years… it has lasted not more here, peace has never lasted more than for four or five years. Peace has always been something relative here. When shootings start here, it is something terrible, it’s stressful, people are stressed out, and it’s really something terrible. Each of us think about their parents, children.
I want the time to flow so that it develops here a bit, some peace to be kept in the first place, and would want, yeah, I would want my children to grow in this community, where I have grown. Let’s say I want the precious upbringing of this place, these values my children to have. In the village, close to nature, clean, natural environment, not that of a city. 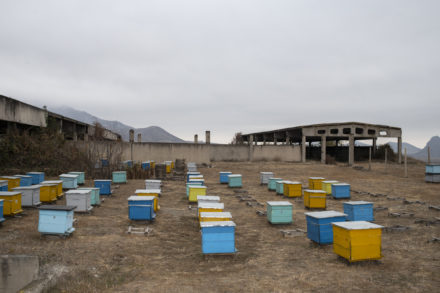 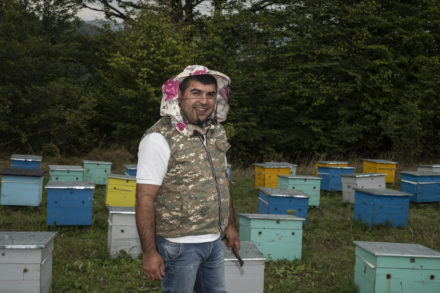 “It’s true, the roads of our village are not good, there is no gas and drinking water, but all of these are solvable questions. In the last years, people have planted new gardens, the result of which they will see in five years, which is a tendency toward development. That means people will stay in the village, and they connect their future with the village.”

The publication was prepared in the framework of “Strengthening Independent Media in Europe and Eurasia” project implemented by Media Initiatives Center, with the financial support of Internews.
The creation of this material was also made possible through the prize awarded by the International Committee of the Red Cross (ICRC) delegation in Armenia.
The views and opinions expressed in this article are those of the author and may not reflect the ICRC’s official position.