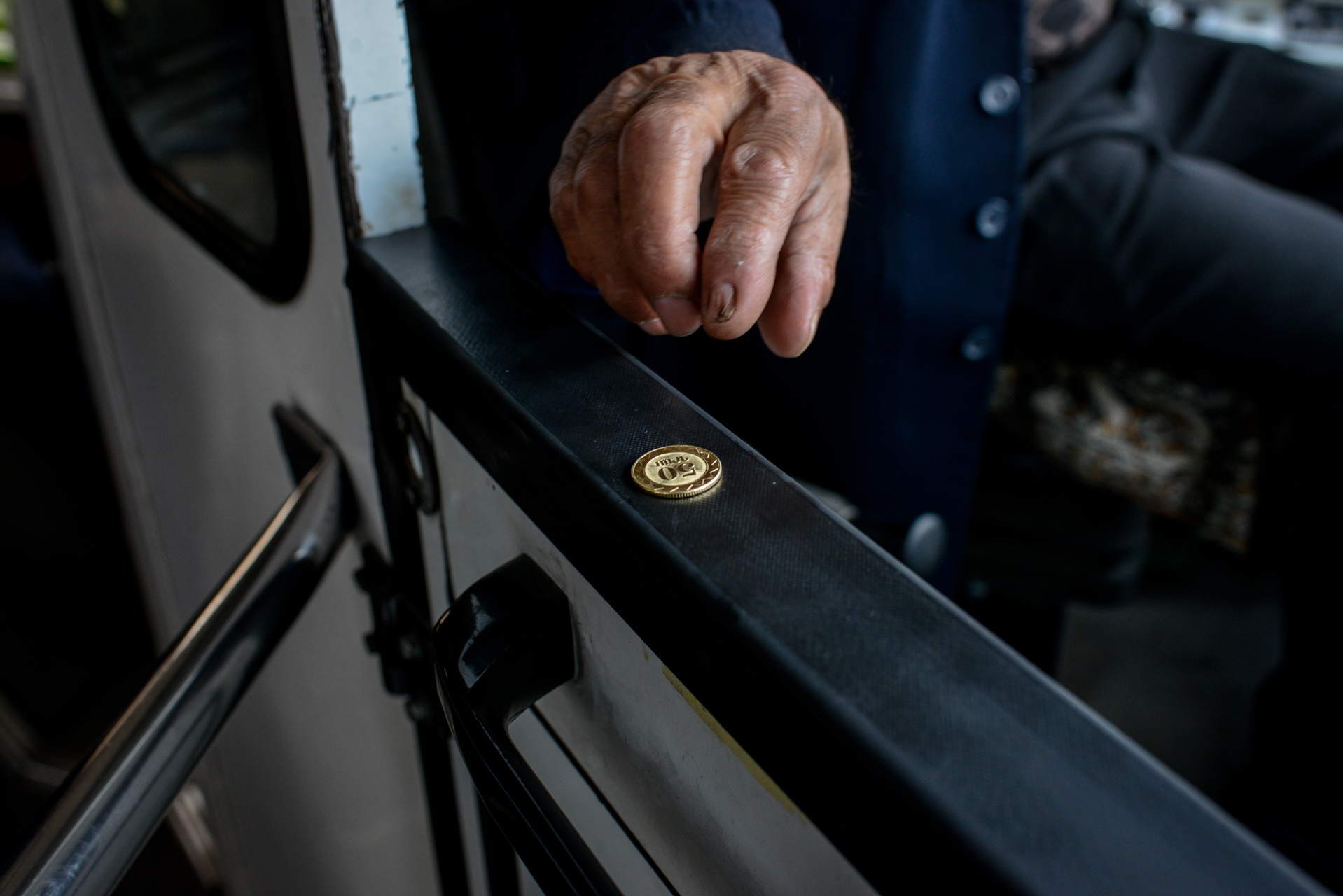 In Soviet year being a driver was a precise path of having everything one day. Today those people work as drivers, who haven’t fulfilled any other job for years, can’t do physical work, are 45 or older, and do not have any specialization.

55-year-old Sargis Ghazaryan serves for the interregional route Yerevan-Geghard, and is the driver of one of the line cars, the bus “PAZ”.

He says that in the public transport sector the hardest burden lies on the driver, and they are, meanwhile, the most unprotected. “All the bodies provide themselves safety with the help of documents, and the obligations remain only on the drivers. He must fulfil passenger service safely, solve financial issues during the day, money for gas, daily plan, that must be paid to the line owner.”

The drivers make their work by old cars out of order, as Ghazaryan says, the regional and interregional carriers do not give guarantee for them to make investments, to make reforms, become more competitive in the market.

“As a carrier, I don’t know if I should buy a new car or no? No one gives guarantees even for 5 years. There are no tenders now, they just say try to go by, and we drive our cars until they are completely out of order,” says he.

In recent years the price of gas has risen, the prices of spare parts and necessary materials have gone up, which means the financial expenses of a driver have risen, thus the profit has fallen.

Ghazaryan says they must create an opportunity for the carriers to raise their profit, so that they can pay the drivers normally too, to pay the taxes, to keep the cars in order. One of the problems of the carriers, that affects the drivers’ conditions, are the taxes, as Ghazaryan indicates. “Today they register the lowest salary to pay less taxes, we can’t have a second worker to sell tickets, leaving two jobs to the drivers to fulfil.”

The rights of drivers are violated in all the types of public transport.

For example, 64-year-old driver of trolleybus Yura Avagyan fulfills a larger day plan and works for extra hours. Avagyan compares his today’s job to the one in Soviet times in delight, stressing that everything was more regulated and driver centered then.

“At the final station there is no toilette, no dining place, no water, while all this existed in Soviet times. There was a cleaning woman who cleaned the cars. Now where shall the driver care for his need? Under the trees?” asks Avagyan adding that he would love to change, to bring back many things.

“I would like to work for 8 hours, which is fair, we used to shift in Soviet times, now we work for 14-15 hours. I would rather have a card system, to have higher salary, and  I wouldn’t stop out of the stations, it would be better for me, I would keep my family. While now I have to stop out of the stations, to be able to collect the necessary sum to pay the daily plan.”