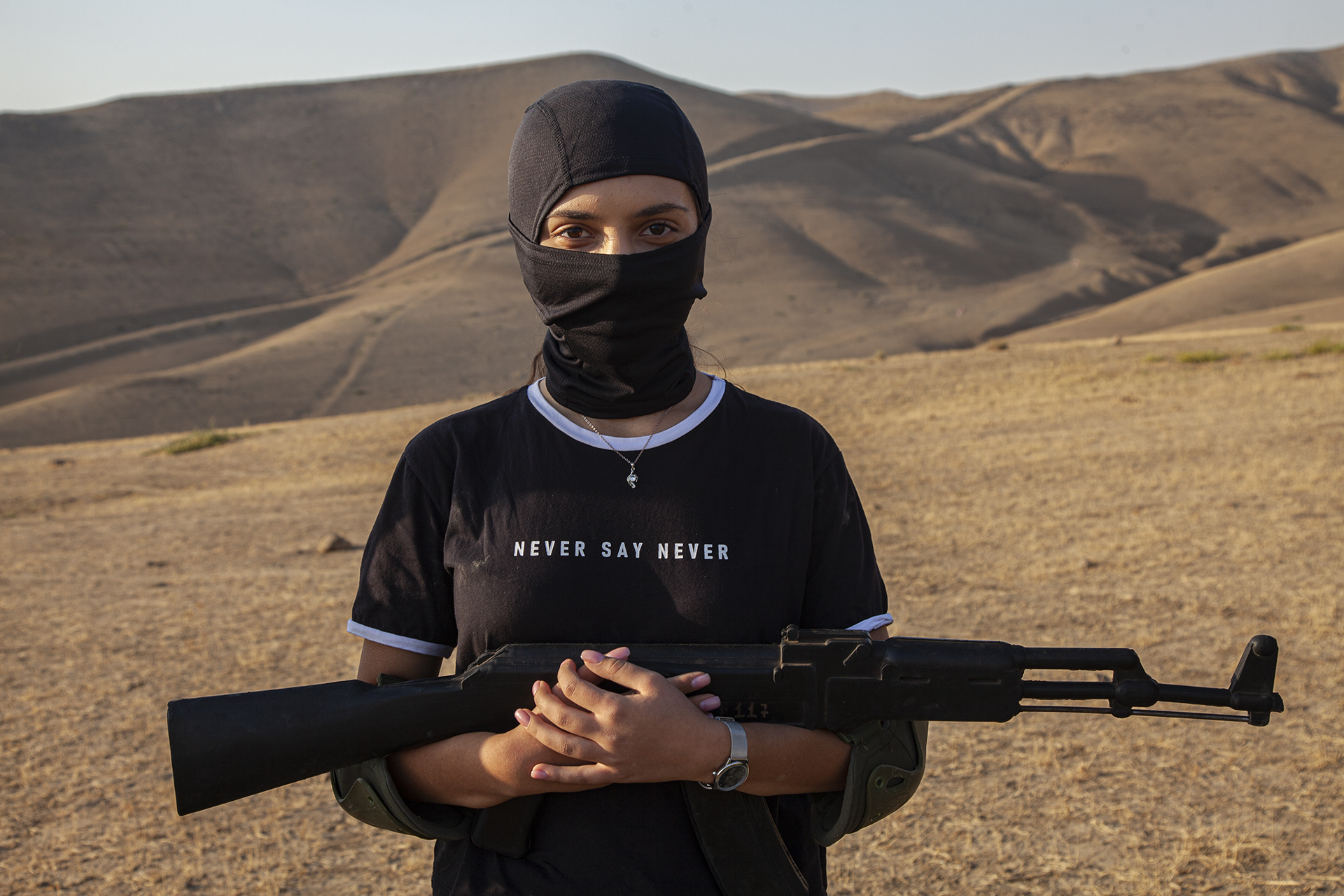 “When the attack started on September 13 not far from Goris, I made up my mind to participate in a ten-day military training organized by VOMA where I acquired important in-depth knowledge in physical training, tactical skills and first aid administration.

One thing is clear, an Armenian – no matter the gender – who wants to live in Armenia bordered by the enemy states, should have these knowledge. The training helped me reveal my physical and psychological weaknesses and overcome my fears.

At VOMA, I acquired basic tactical skills and in the shooting range of Azatazen I learned practical shooting skills. I wish I would never apply these skills, but I feel more confident with them.

War is a man’s game, but I think women should learn to shoot, too. At present, I do not apply my knowledge. In case if I do so, I must become a soldier, but it’s just not my thing”.

“If there is war, I will not flee and will not wait for the enemy to come and kill me. I will take up arms and protect my family, my home in Goris which is very close to Armenia-Azerbaijan border”. Sona Davtyan, 22

According to Angin Khachatryan, Public Relations Manager of VOMA, there have always been women alongside men in the ranks of VOMA. But since 2020, the number of women has been increasing significantly.
Though classes last four hours a day, including physical, tactical and first aid trainings, statistics show women have more endurance than men.

After the September clashes, 150 participants out of a group of 270 are women of different ages.

After receiving physical, tactical and medical knowledge, the course participants visit Azatazen shooting range. First, they learn safety rules and components of firearms, after which they are allowed to approach the firing points.
According to Spartak Kyureghyan, co-founder and board member of Azatazen, it aims to develop the culture of firearm usage qualifications. Since September 13 attack, the number of visitors of the shooting range has significantly increased, where women make up 30% and more. It is an obvious indication that people have become more aware of what is happening and are ready for any challenges that might occur.
“I am from Vanadzor. The two-day war in September was very close. I understood that I have to be prepared for another imminent war, which might or might not erupt. I took part in a ten-day military training organized by VOMA. But ten days were not enough for our group, so we continued our trainings at Azatazen, where we had shooting exercises with real rifles. Apart from developing my firearm skills, I also got used to the gunshot noise.

“In fact, women’s role in war is to protect the rear either with arms or with their medical skills. That is why I highly appreciate these trainings, which are necessary for all, despite their gender”. Dona Aloyan, 22

“Ten days were not enough for me. So, I continued my trainings at Azatazen together with my friends. Shootings at Azatazen complemented the skills we learnt at VOMA. Both are in line with one another and important. As if they have the roles of a mother and father – they educate, raise and bring up.

Women and girls not only need such trainings; these are simply a must”.
“Having unpredictable neighbors, made me realize that I have to be trained. The main impetus was the 2020 war when I made up my mind to be prepared for any scenario”. Varduhi Galstyan, 36