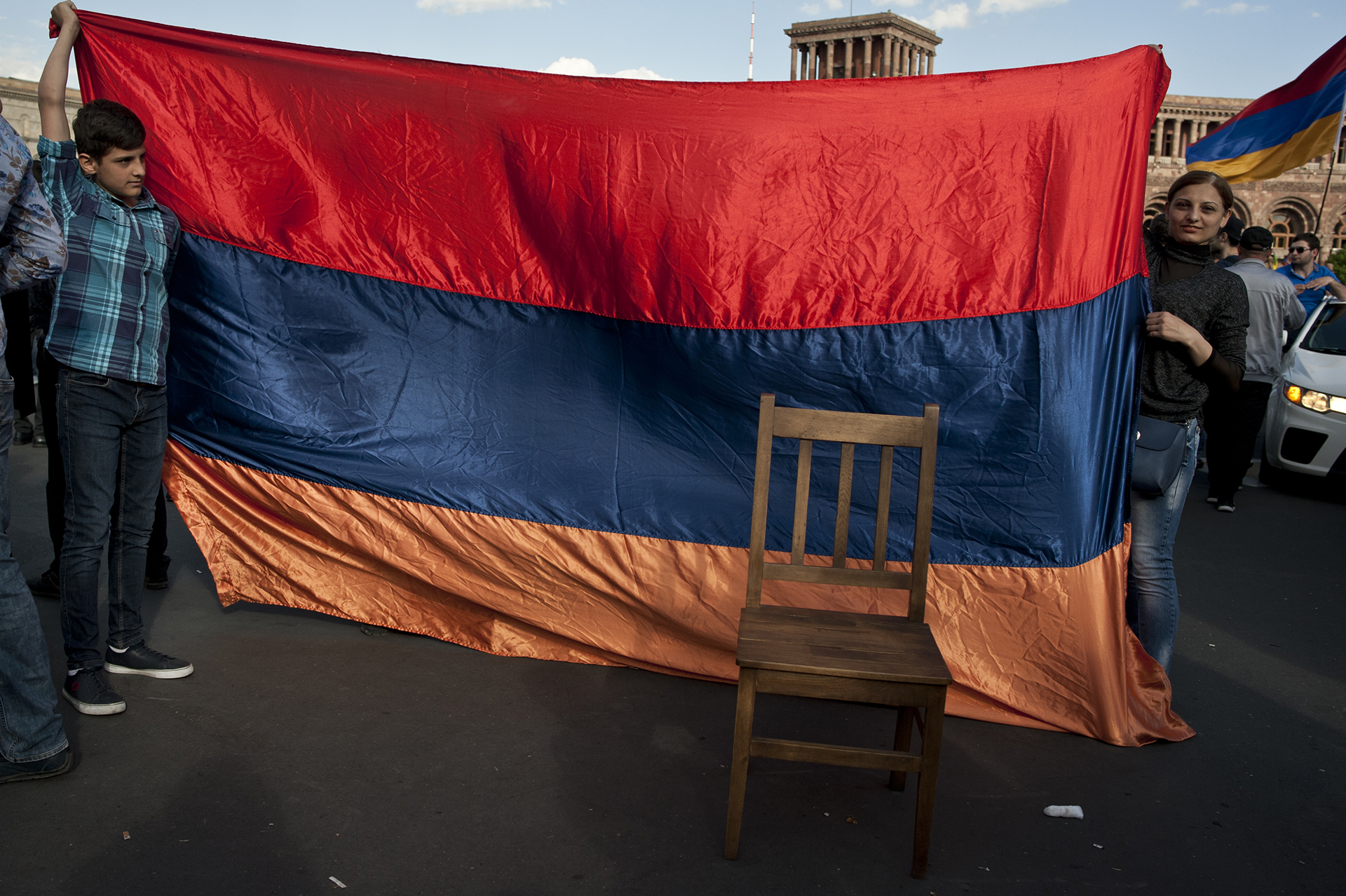 On April 23, the Republic square of Republic of Armenia was full of Armenians celebrating the resignation of Prime Minister Serzh Sargsyan. Call it the happiest and crazy holiday of Armenians of all time!

While the peaceful protests of thousands citizens continue throughout Armenia, the post of Prime Minister remains vacant. Nikol Pashinyan, symbolically ‘elected’ by the ‘nation’ at the Republic Square is the official candidate of the national movement. Meanwhile, the Republican Party does everything possible to retain power in the National Assembly.

In the midst of celebration, we asked young people who sit on the chair to briefly outline the reasons why they rejected the former PM Serzh Sargsyan.