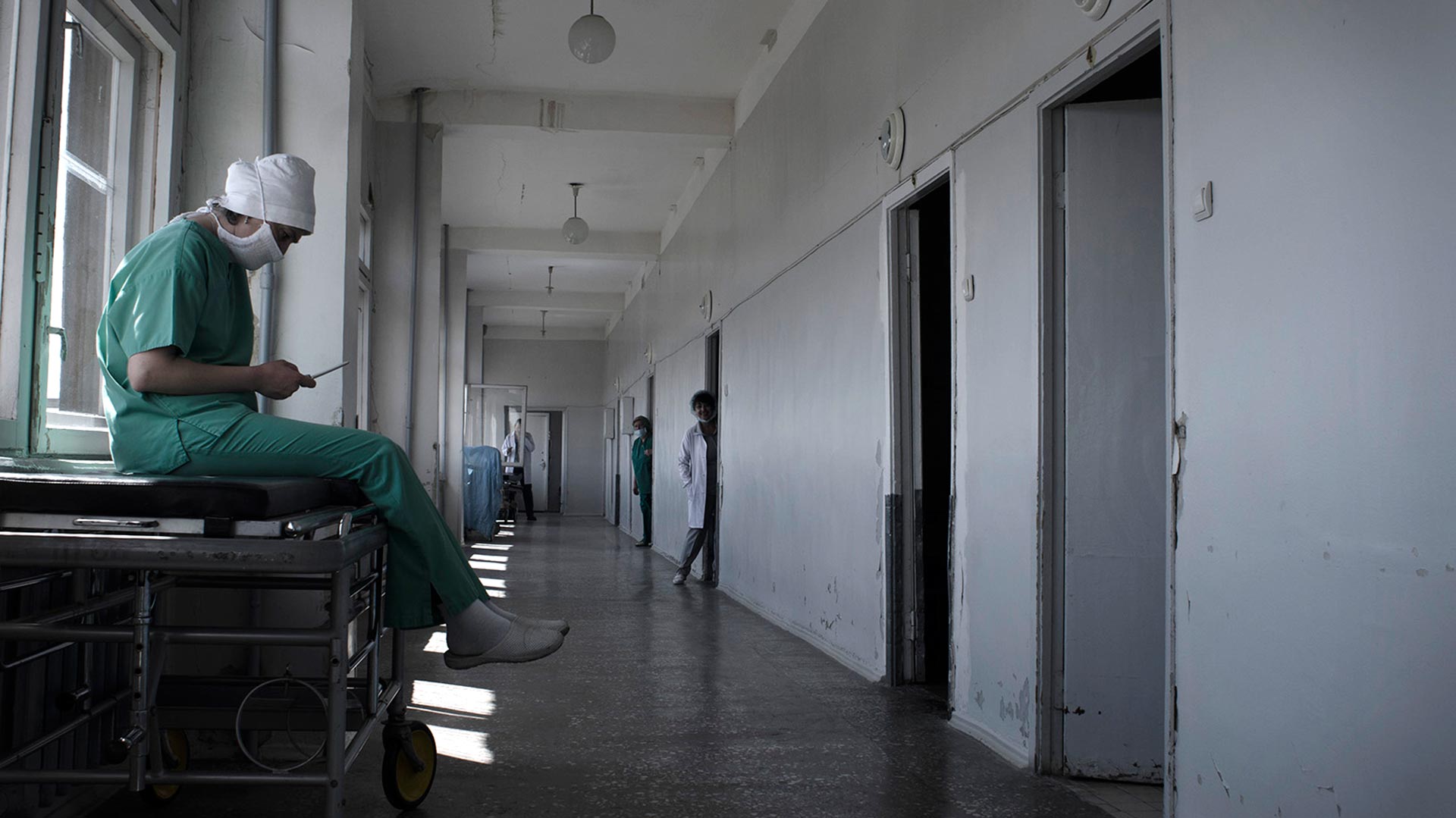 Among residential houses, parks, and cemeteries is a triplex, multi-storey, giant Soviet structure: the National Center of Oncology named after V.A. Fanarjian. Once inside, you find yourself in a classic Soviet medical institution: in cold, narrow, long corridors, where time slows down and in some places, even stops. A space where expectation becomes decisive.

In the corridors, appearing and disappearing endlessly is a woman with an elfish look and a head like a white cloud — in a white or blue coat (the colour of the coat depends on the function). It’s Iveta.

I ask her what emotions she has connected to this building, this space.

“I liked the place immediately, or I wouldn’t have chosen this institution; I have no special perception of the building.”

“Until fifth year, I was studying obstetrics, gynecology, then… Valerie Surenovich, my instructor, is to blame,” says Iveta, and quotes, “Oncology is the real medicine.”

“Who is Iveta in the operating room and who is she at home?”

Capturing a single day in the life of a surgeon, I try to find the boundaries between Iveta’s daily professional functions: from the operating room to her office, from the emergency room to her apartment. In the long and narrow corridors, the emotions between a doctor and her patient are full of unpredictable emotional states. Here, they cross a path — the boundaries of to live or not to live, life or death, fear or overcoming.

Iveta Gndoyan, 47, is a surgeon in the mammology department at the National Center of Oncology named after V.A. Fanarjian in Yerevan. She did her residency in 1988, as a surgical assistant, at the same center by her choosing. She has been a surgeon since 2001.