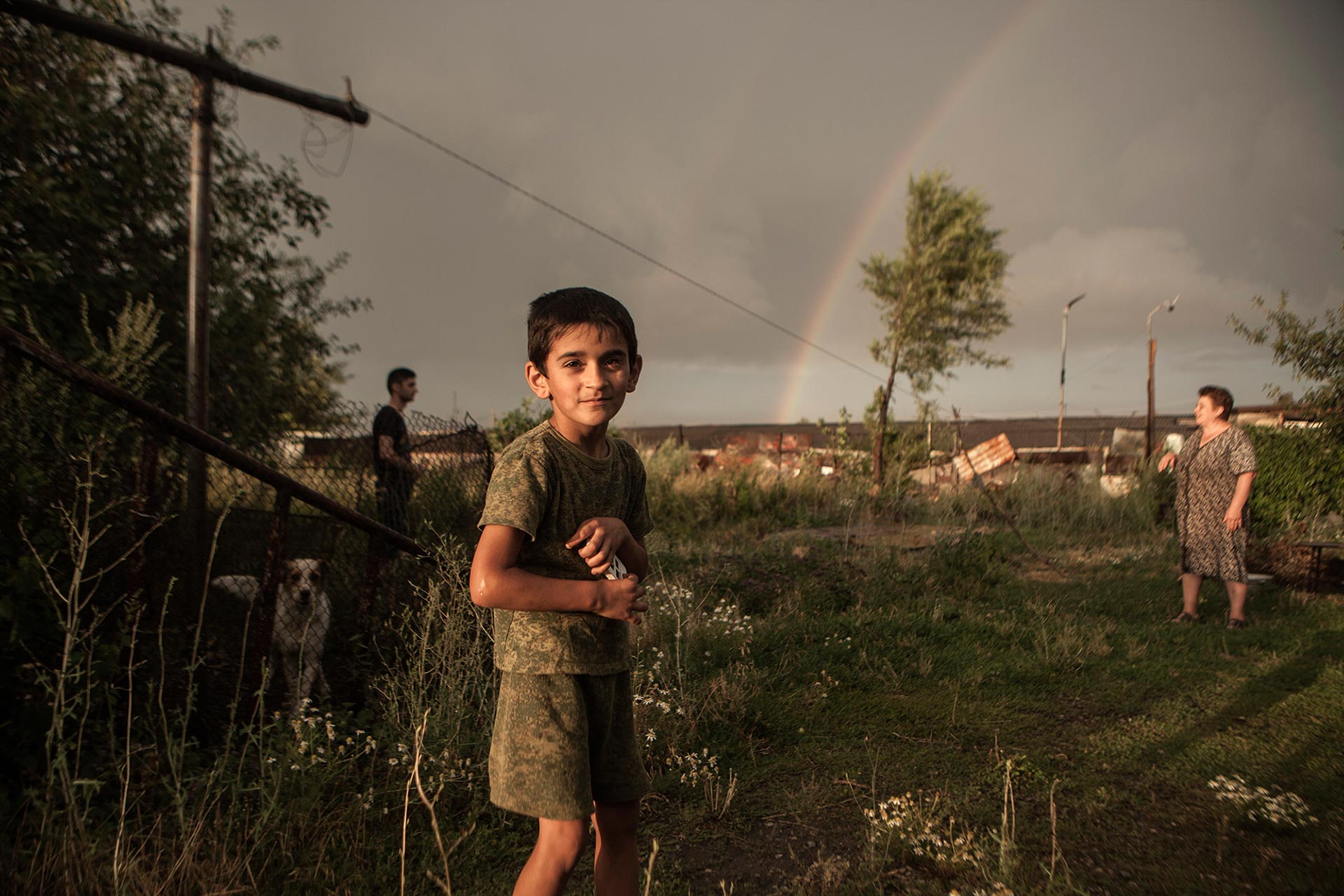 In December 1988, the devastating “Spitak Earthquake” hit the Northern part of Armenia where it killed at least 25.000 people and left half a million homeless. Particularly in Armenia’s second largest city Gyumri, the number of victims is estimated to be around 15.000-17.000.

Armenia, which was a Soviet Republic back then, suffered enormous economic issues, so that Mikhail Gorbachev had to ask the United States for Humanitarian support. Shipping containers full of supplies for the earthquake victims presented themselves as an opportunity for housing. People started to live in these containers, which was considered to be a temporary solution until they would receive new houses as a part of the Soviet Union’s recovery program. But financial distributions for this program stopped in 1991 after the collapse of the Soviet Union, so that thousands of homeless people could not be provided with adequate housing in time.

In 2017, in Gyumri alone there are still around 4.000 families living in these containers, which are also known as “domiks” (Russian for “little houses”), and another couple of thousand in other inadequate housing situations such as wrecked apartment buildings that are in danger of collapsing. Due to the huge unemployment rate in Armenia, breadwinners usually try to find work in Russia to provide for their families, but work abroad cannot be sustained permanently and poverty is unavoidable in many cases.

Over the past 29 years, some of these domiks have been shaped, deconstructed or even expanded according to their inhabitants’ needs with different generations growing up and living in them. And despite these circumstances and the many struggles the residents have to deal with, they have found a way to make home out of nothing accompanied by a hospitality that is beyond comparison with which they cherish and support each other since decades and for the days to come.