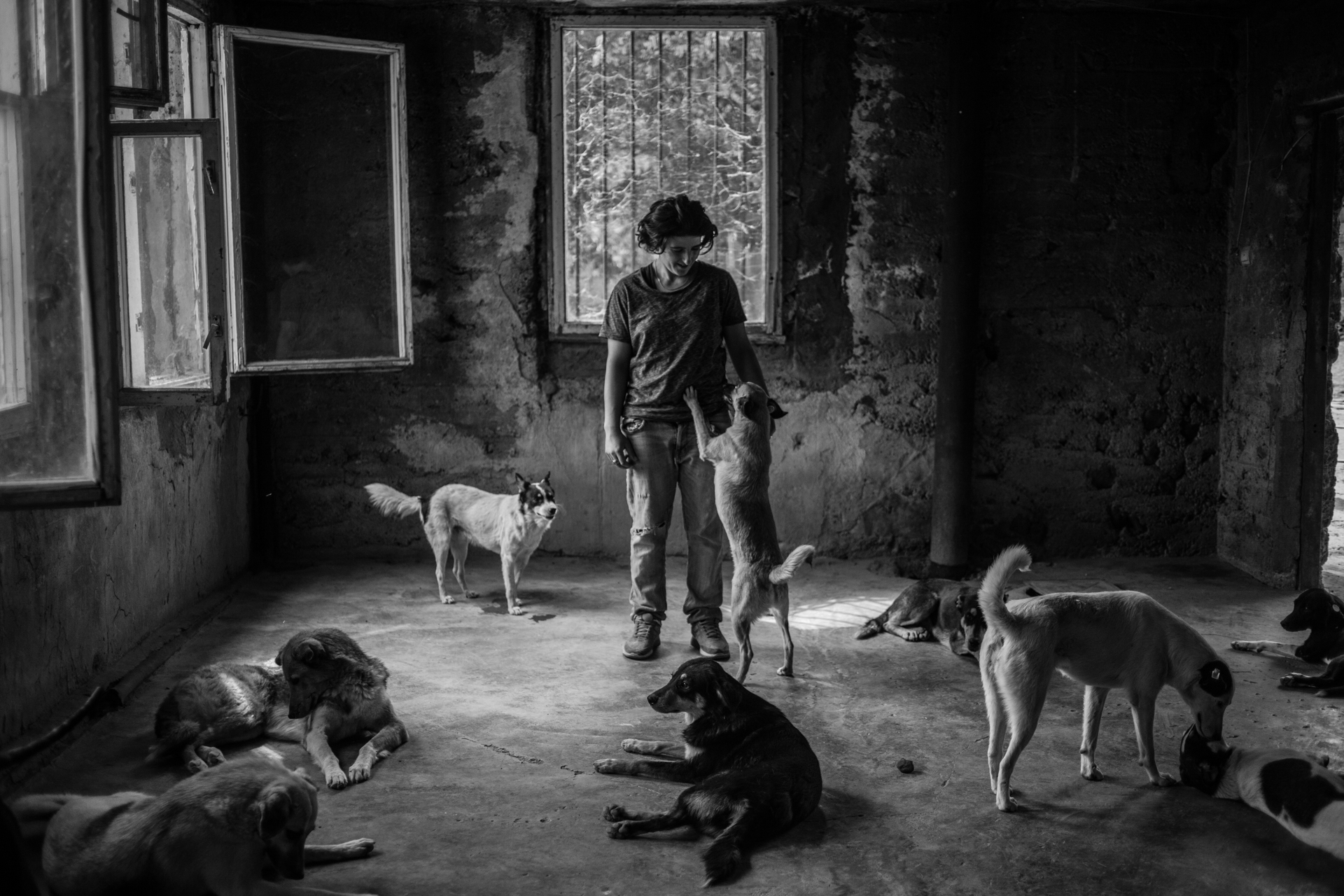 Artak Papikyan is a farmer with a farm of cows, goats, pigs. He says he has always kept a dog. There are many dangers in the mountains, a trustworthy dog is always a necessity.

“I was going to work, and my dogs was accompanying me as usual. I reached my working place, my dog turned to go back home, he approached several stray dogs. At that moment a car stopped, and they shot my dog out. He fell down, I ran to him, took him into my hands. He was already dead. My eyes blackened, I fainted.”

Artak’s dog was killed right before his eyes, and he was in nervous breakdown for a long time.

Thirty years have passed since this incident, but the methods of dog neutralisation have not changed in Gyumri.

“The money that I receive is haram (unacceptable),” says A. But he also indicates that there are many complaints, and the Police and MES detect the neutralisation. Though he is more for dog euthanasia, he doesn’t see any other solution to this problem now. If he didn’t shoot, they would give the job to an inexperienced hunter, who wouldn’t be able to kill with one bullet, the dog would suffer to death. He tells that an inexperienced hunter shot a dog for five times in the square, until the dog died in wounds.
According to A. they call him to work at night too, but he doesn’t shoot when its dark, he feels responsible for the bullet. He is also attentive when shooting. He doesn’t shoot dogs with neck collars, breeded or calm dogs. “Even if a thousand people complain, I won’t shoot.”

Almost every day they shoot in the streets of Gyumri, in the center and in the suburbs, in yards and squares. Activist environmentalists complain, call to the municipality, but, as it turns out, it is the municipality contractual worker – a hunter of forty years experience – who shoots the dogs out according to the contract. He receives 1100 AMD (taxes included) for each killed dog.

The hunter, who has the right of carrying a gun, but doesn’t have the right of using it in populated areas, violates the law every day risking the lives and estates of people, but he just does his job. It’s already thirty years that the municipality uses the practice of recruited hunters, who go after stray aggressive dogs, but the same hunter assures, that neither the quantity of dogs, nor their aggression has decreased.

Anna tells that when they lived in Gyumri, her mother had serious conflicts with dog hunters, she has rescued several dogs. She says she remembers herself always surrounded by dogs. They had a small shelter for dogs in her school years in Gyumri, where they would care for them, treat them, but because of the lack of information they were feeling cut from the world.

In Yerevan the problem of stray dogs was being solved by slaughter. In December of 2018 the mayor Marutyan has reassured that the “shameful practice” of animal slaughter is in the past. In 2019 Yerevan municipality has initiated its own center of neutralizing the dogs, which means they will be sterilised and set free. But these changes have not reached the second city of Gyumri.

The workers of the center prepare for the surgery of the dog.