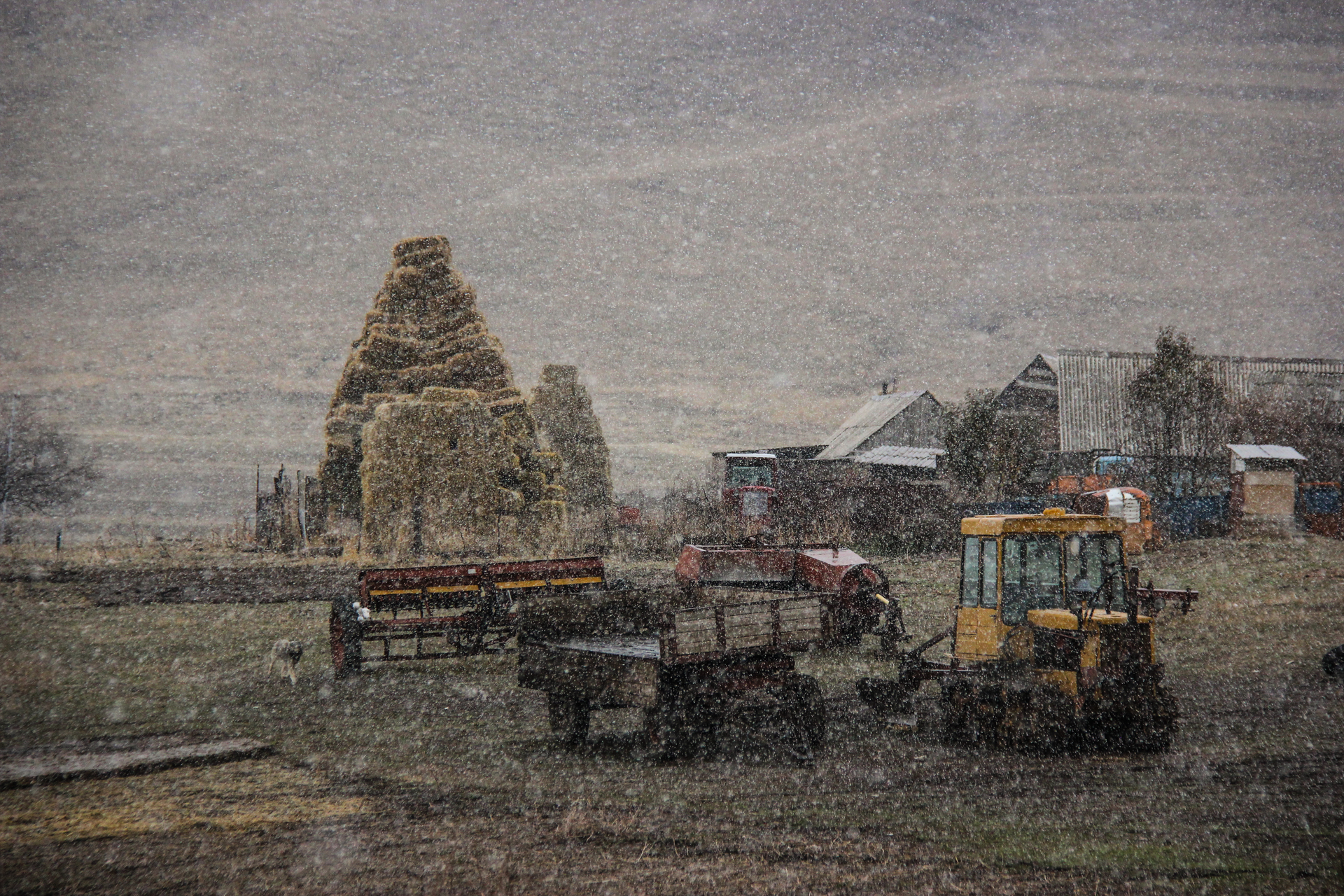 The villages of Armenia can be usual and border villages. Usual villages, though, often outline inner borders. Those are the last villages, where residential locations end, and the road going through the village leads to the nearest mountain or pasturage. While many of the villages follow each other forming knots on long roads.

“Inner Border”:  village Zovashen 22 kms away from the city of Abovyan of Kotayk region. This community of only 168 residents is located 2100 meters high from sea level. There is no irrigation water here, people grow wheat, barley, rye, they occupy themselves with farming.

The small rain knocks on the roof of the car, I go up the narrow car path, in the company of the cold gaze of the mountain Hatis, I pass Kaputan, then the village Hatis. Zovashen is the last residential location of this road. I think for a moment that the rain has stopped, then I notice the snow descending silently in spirals. I have ascended quite a bit and approached Zovashen.

At first sight the village seems wholly left behind. I see the geese troubled from my presence, which go away buzzing slowly, in their narrow pace, meanwhile in super proud posture. The village begins to show signs of vitality: the rumble of the omnipresent tractor shakes the silence hovering in the air.

There are many problems in all the villages of Armenia. Hundreds of villages don’t have irrigation water, there are problems of drinking water, of paved roads in many of them. The number one problem of this village is the closed down school. In 2017, when there were still 10 school children there, it was closed down under the optimization program. The quantity of the teachers was more than that of the students. But the villagers are not interested in the reason.

Now the families having school children have divided into two parts: some part of the children studies in the neighboring village Hatis (where all the usable furniture of the Zovashen’s school was taken), the other part in the city of Abovyan. The villagers tell that the closure of the school has settled the beginning of the village’s abandonment. The school was the most important bond unifying the village. During this last year four families have left the village, some for abroad, the others for Abovyan. Now this school (that is in dire need of renovation) can be rehabilitated from election to election becoming a polling station.