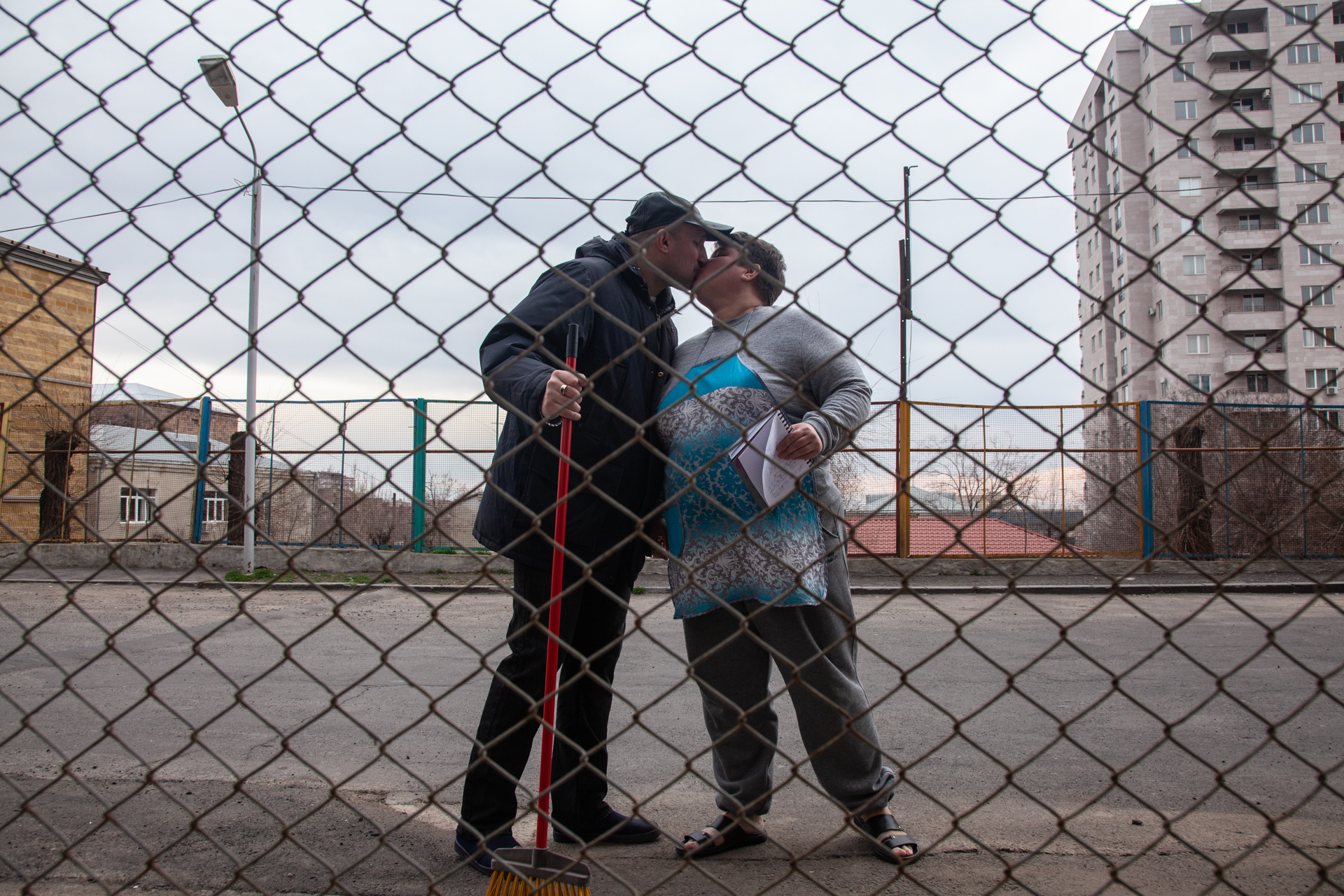 “I understood that Armenia is mine, I am authentic here, I don’t play.”

Vera Gavrilyuk was born in 1976 in Russia’s city of Kaliningrad (Königsberg). Her father was an economist and mother is a chemistry teacher. She has also twin sisters.

Vera has graduated from Kaliningrad Technical College, the department of Accountancy. But she never used it even for a day. She has occupied herself with trading, then worked at the Migration department. She married at 23. During the labor her child choked in her womb, and Vera miraculously survived. Vera’s husband supported her, and they lived another 8 years together after that. Vera’s husband couldn’t recover from this tragedy after all, and they divorced.

After that bad experience Vera begins to search for her second half among the men of other nationalities. And since our Verochka is out of standard, so to say, in her “size”, she was looking for a man with a non-standard taste. She decided to search for him among Armenians, because the ideal man must be found among them, she thinks.

“Yes, even in Kaliningrad I had noticed how caring and attentive are Armenian men towards their families. Responsible and reaching their goals. If I would see a man in the street with cared for looks, I would immediately understand that he was Armenian.”

And during that time in far away Armenia – in the capital city of Yerevan – lived Vera’s prince Arsen.

Arsen Abrahamyan was born in Yerevan, as they used to say before, in an “intelligent” family. His parents were linguists. He is an economist and a public administrator. Arsen himself has studied in Moscow. Arsen’s mother worked her whole life and Arsen was raised by his grandmother Valentina Smirnova, who was Russian. She was a very chubby woman, and the image of a woman for Arsen was formed in the “image and likeness” of grandma Valentina. Thus, Arsen agrees with Freud, every man looks for her mother in his future wife.

Vera and Arsen found each other through social media. They met after three weeks in Armenia. Sunny and warm Armenia with its astonishing colors reminded of her native Krasnodar, where Verochka had passed her childhood with her grandmother. Both the romantic meeting and the acquaintance with the parents and relatives confirmed thar Verochka was at the right place in the right time with the right man. They married.

As Vera would imagine an Armenian man to be, Arsen began to work hard for the well-being of his family. In the role of the husband he is a hunter – a creator, conqueror, protector. And the woman is the housewife, who manages the household and brings up the children. For both of them this is the ideal model of a family.

But no matter how much Vera says that Armenian men (maybe women too) are ideal, the habits of Armenians living in Yerevan sometimes seem “interesting” to her.

“When I took a minibus for the first time, I understood it was only for the driver. People have no liberation from those minibuses, but they must have the last model of iPhone. We have a neighbor, who has a Mercedes, but they have no toilet at home, they go for their needs to the outside wooden toilet. It’s strange.

One thing that you will see only in Armenia is the hanging laundry on long ropes down the balconies in the central streets. But no, that is wonderful, this is the real Armenian flavour. Then I noticed something else: in Armenia I often see children walking with their fathers or grandfathers. You won’t see anything like that in Russia. It’s also easy to go to see a doctor in a polyclinic. In Russia you must register online and wait for days. What is the most important thing there are no lonely aged people in the corridors. There are aged people, but they come with their relatives. But in Russia they come and wait in the queue to converse with one another. No matter what you say, Armenia is mine.”

Arsen always says that though they are people full of religious belief and attend masses every Sunday, but, all the same, Vera was what he lacked. Now he has his Vera (the word vera means belief in Russian).