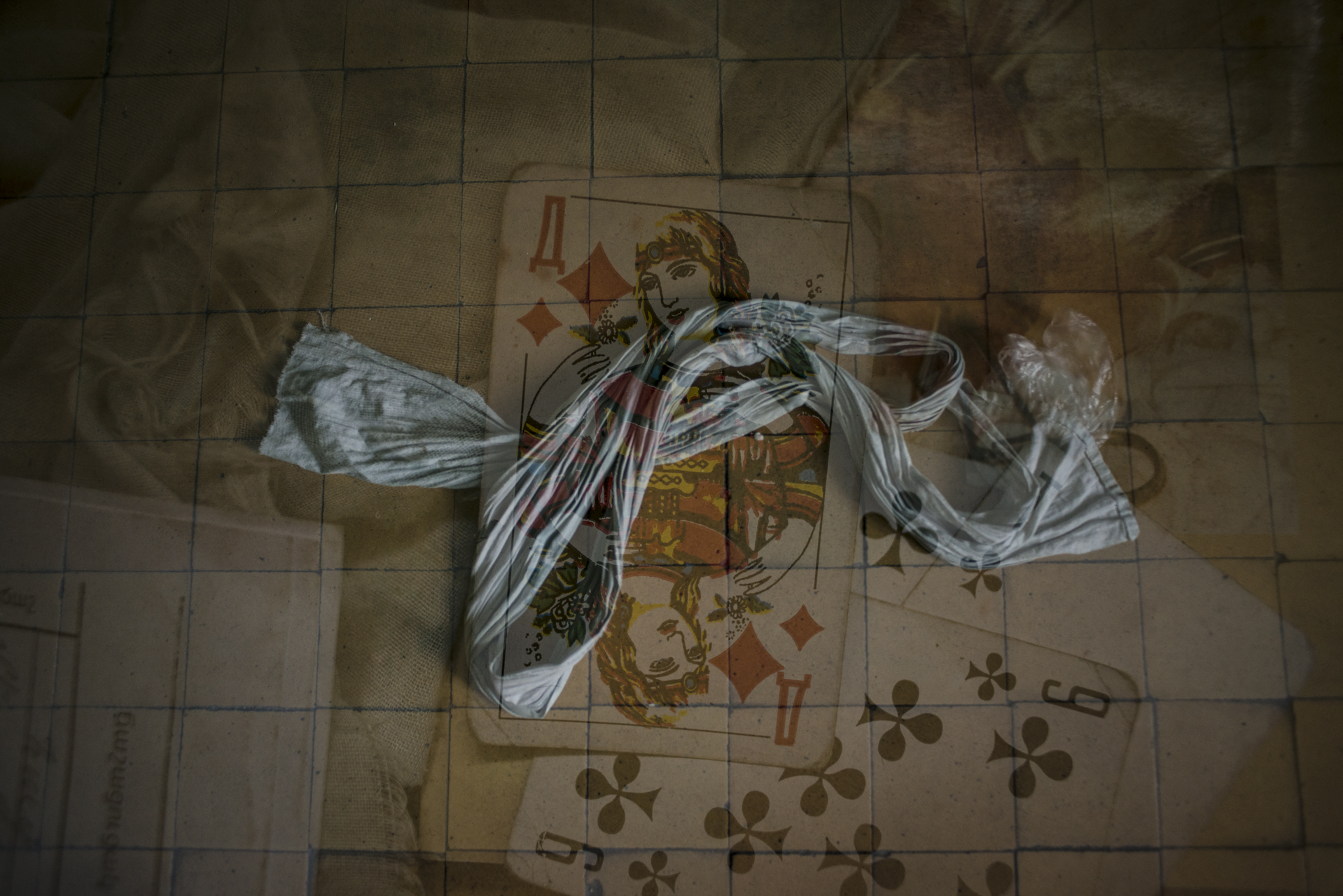 This story is not about space, it’s about the memory of the space, which is not mine, I have just appeared there for the first time, and it is unfamiliar to me.

“The place (the space) has its memory” and depending on how you emerge there, how you comprehend the space, what kind of mind state you have, it begins to live inside you. You turn that space into your own and create your story. You begin to argue with yourself to find out whose history that is.

Isn’t there a place, where the photographer desires to appear in the back of their mind? Their thoughts go farther, and it seems they already see the framed shots – all ready. And suddenly you appear in front of a four-story, Soviet building in red tuff, which has a sign – “Mental Hospital” – on it. The pointing of the place sends certain impulses to your brain. Before entering it you already feel that place in an incomprehensible way, and, meanwhile, the ready framed shots disappear from your head.

I enter in a strange anxiety, go up the dusty stairs. Upon entering I immediately feel the cold dead blue color and the smell of moisturized cloth in the air.

Empty rooms with vividly colored walls, with dilapidated old doors, barred windows, and with things spread everywhere. My anxiety goes deeper. The heavy air and my persistence struggle for my being here. Every other room becomes a trial for me, that add to each other and turn into a dialog with myself.

It’s already several days people have left this place and left behind all those things, which they had wanted to be liberated from, which was already unuseable, old-fashioned. 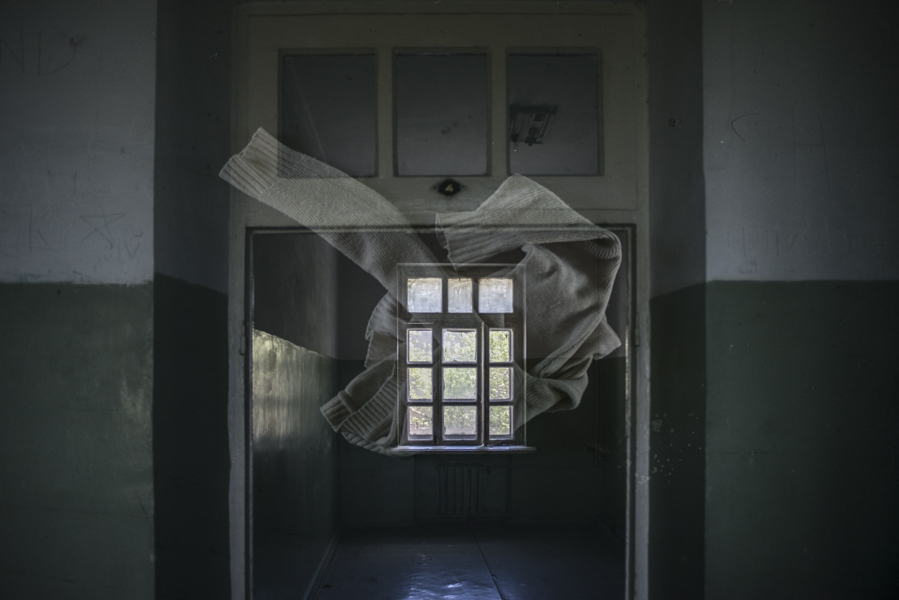 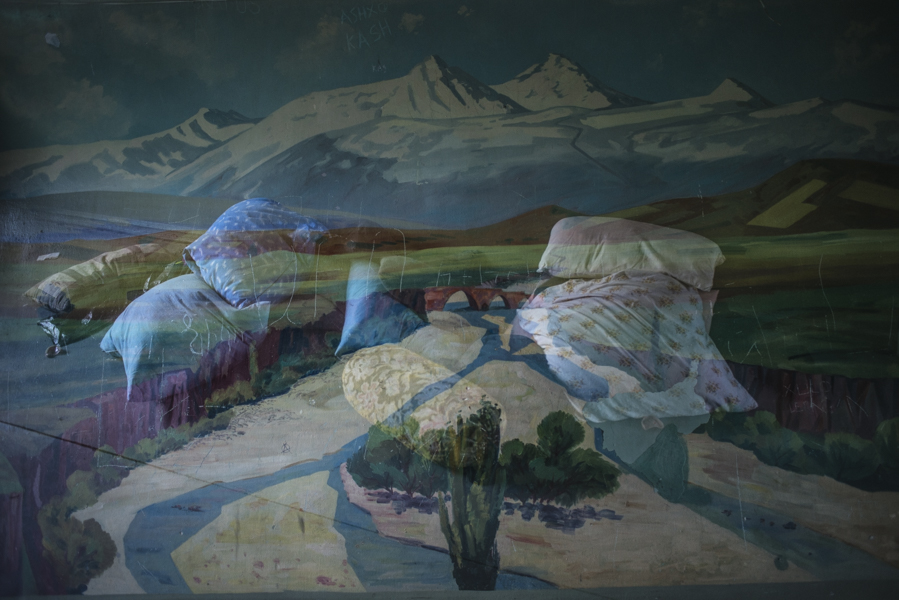 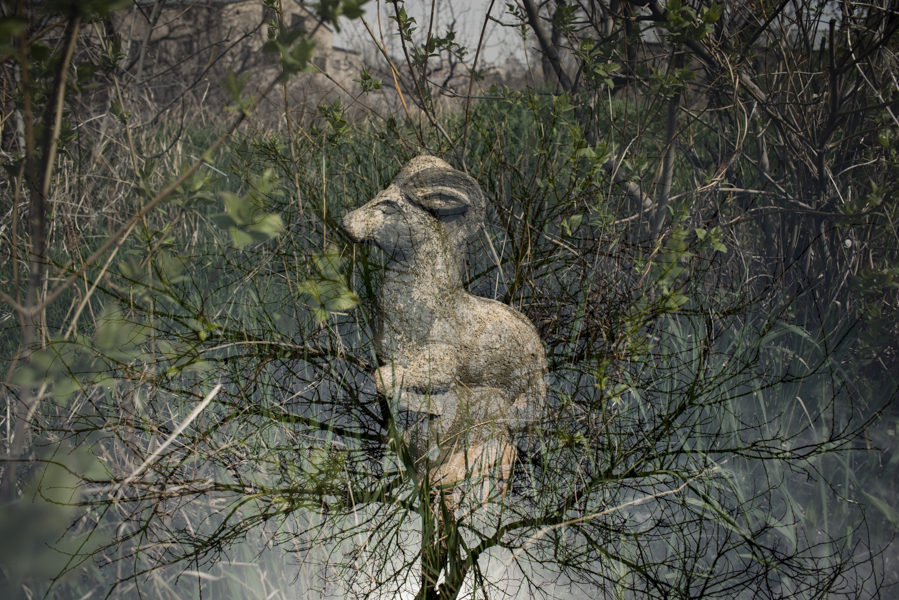 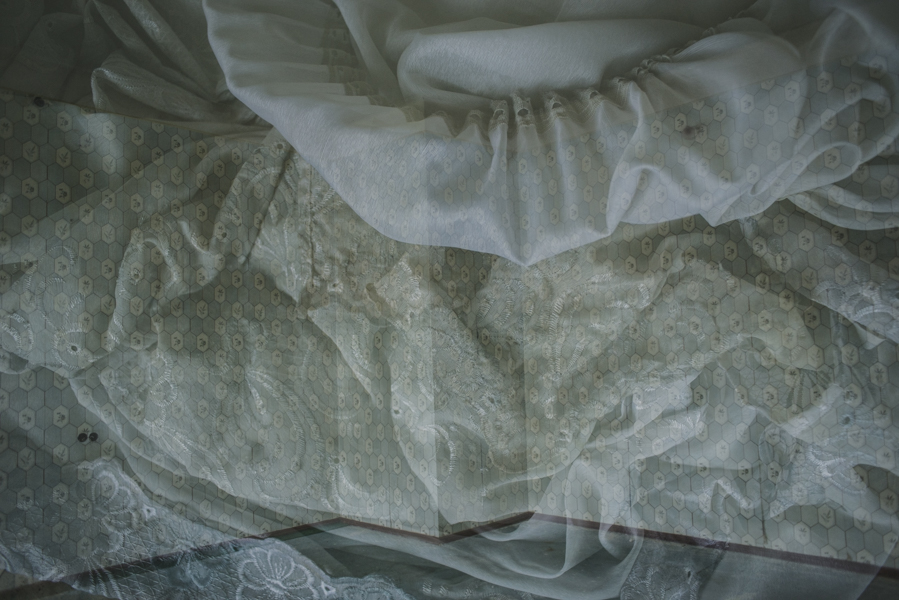 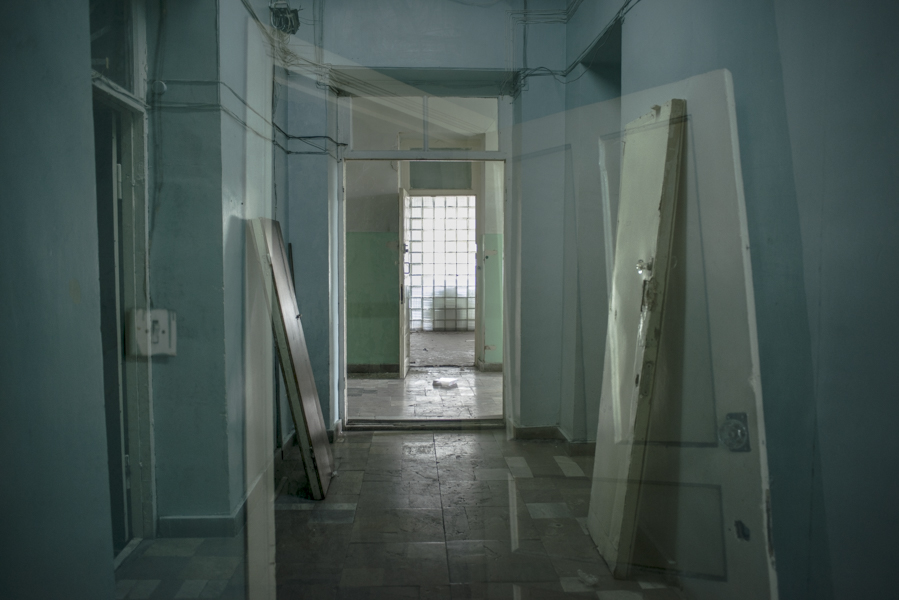 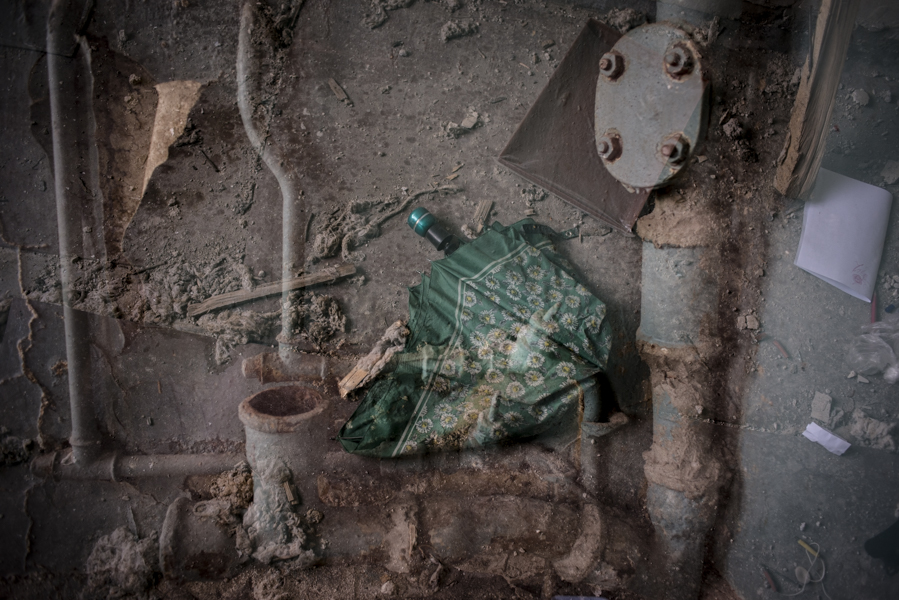 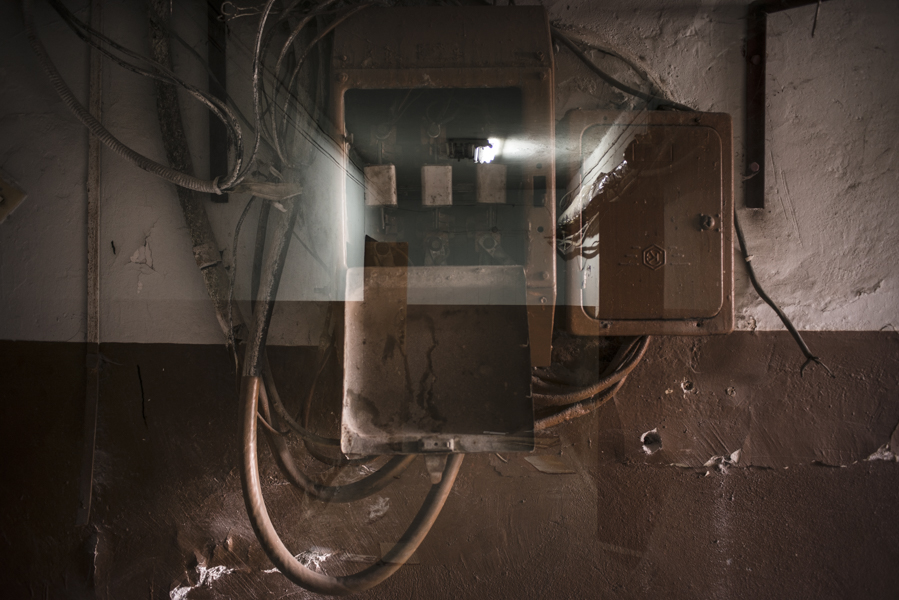 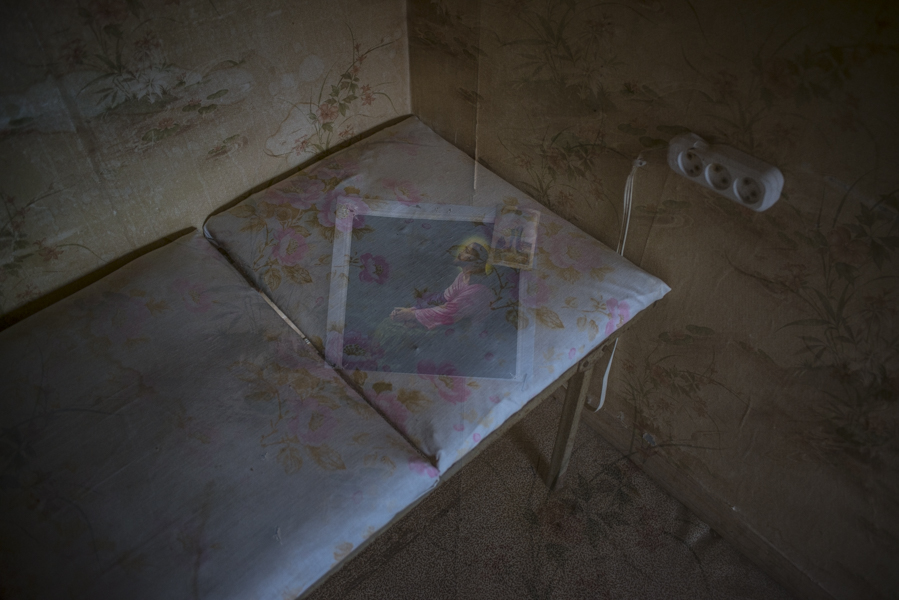 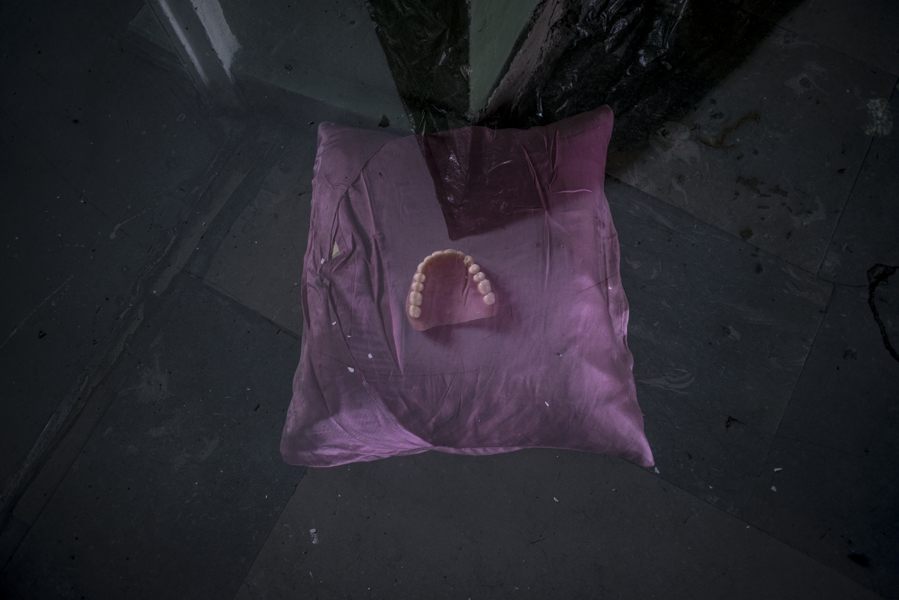 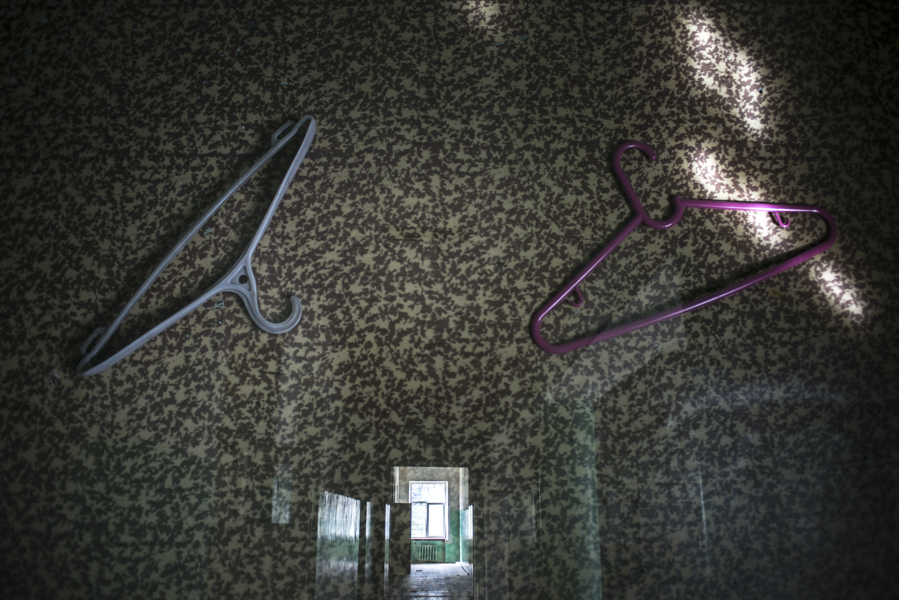 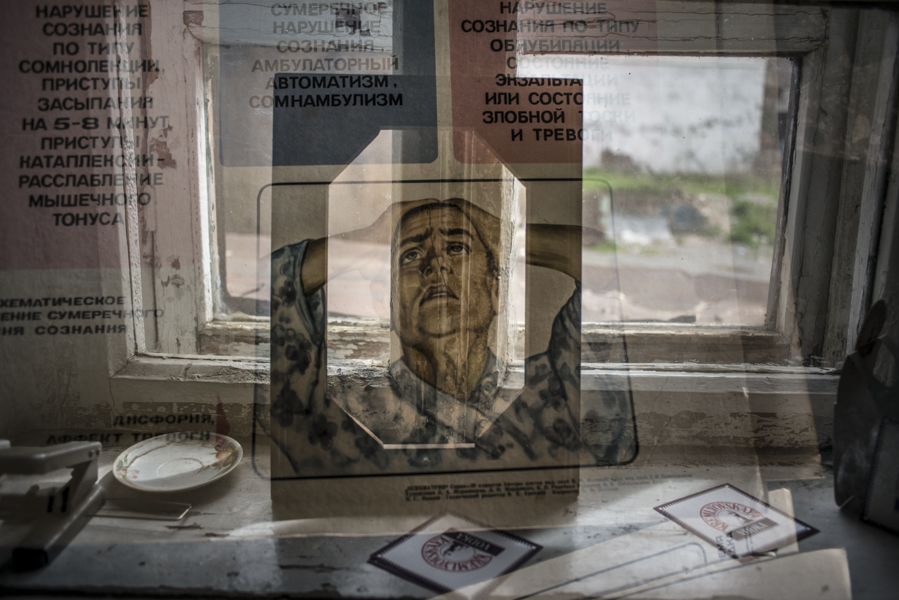 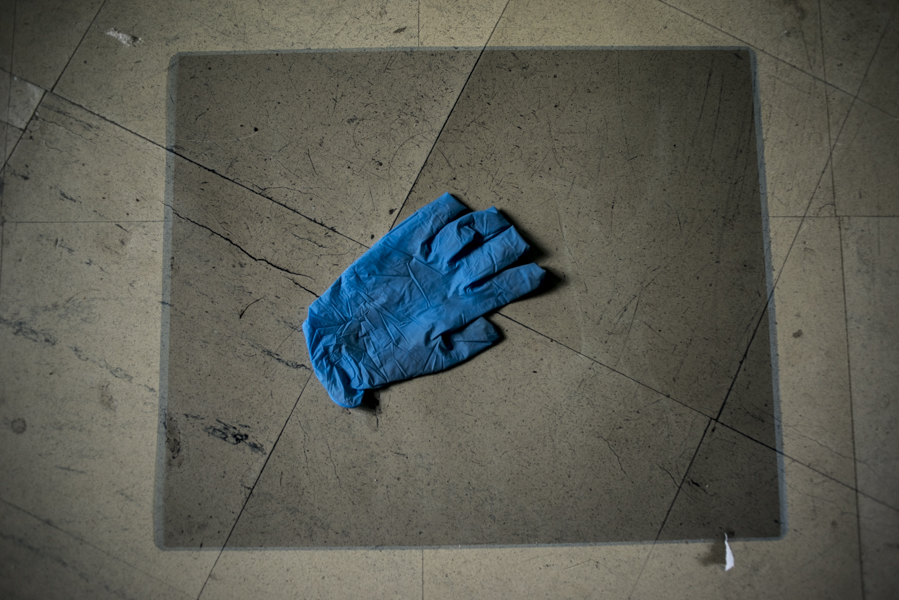 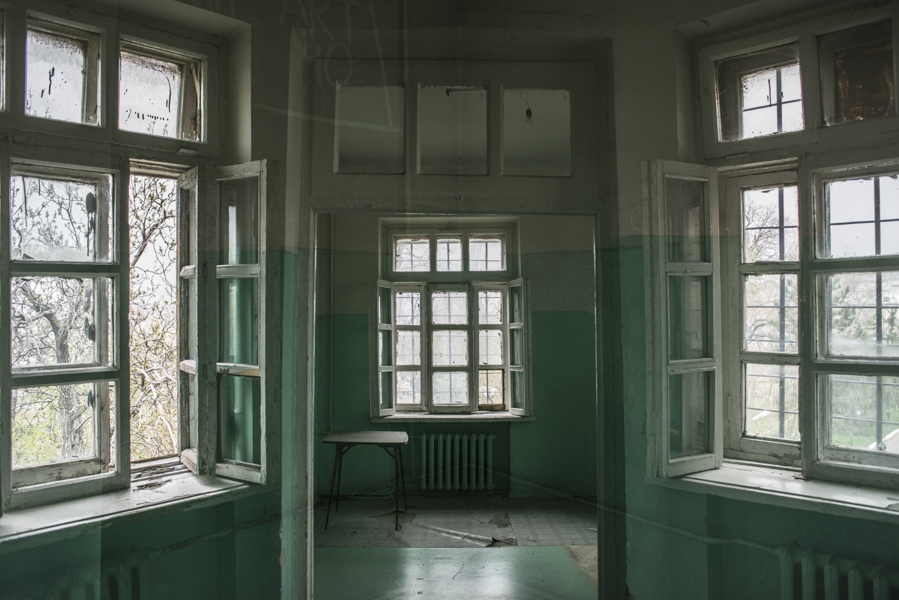 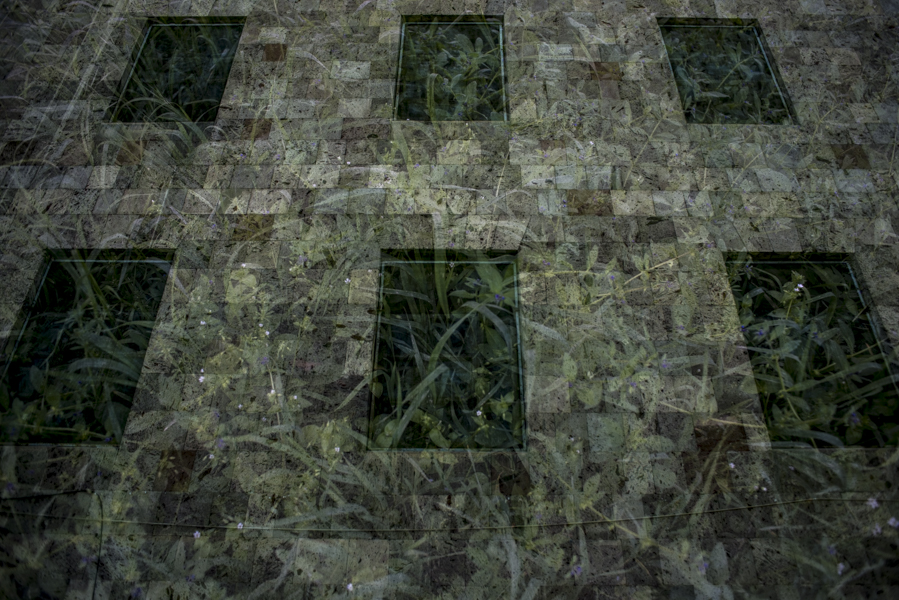 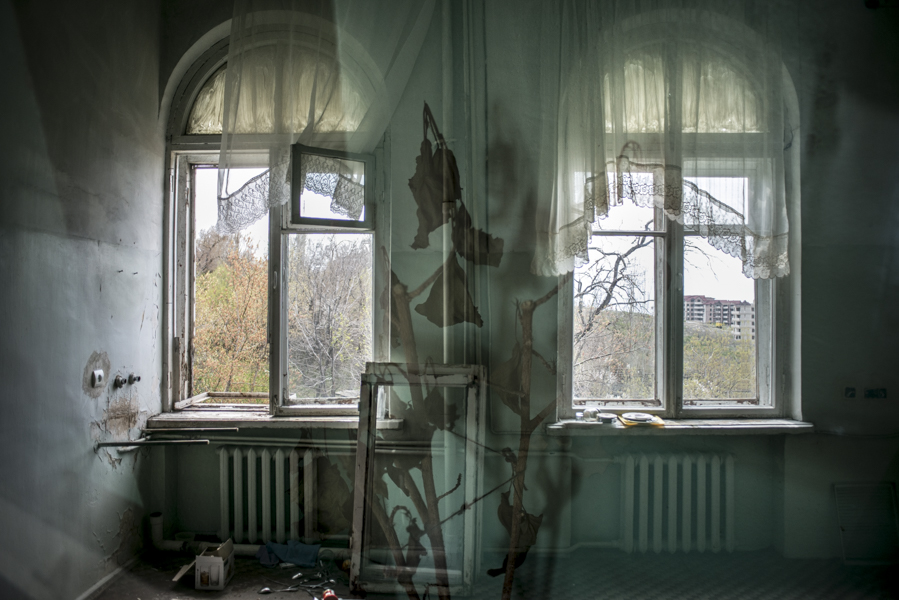 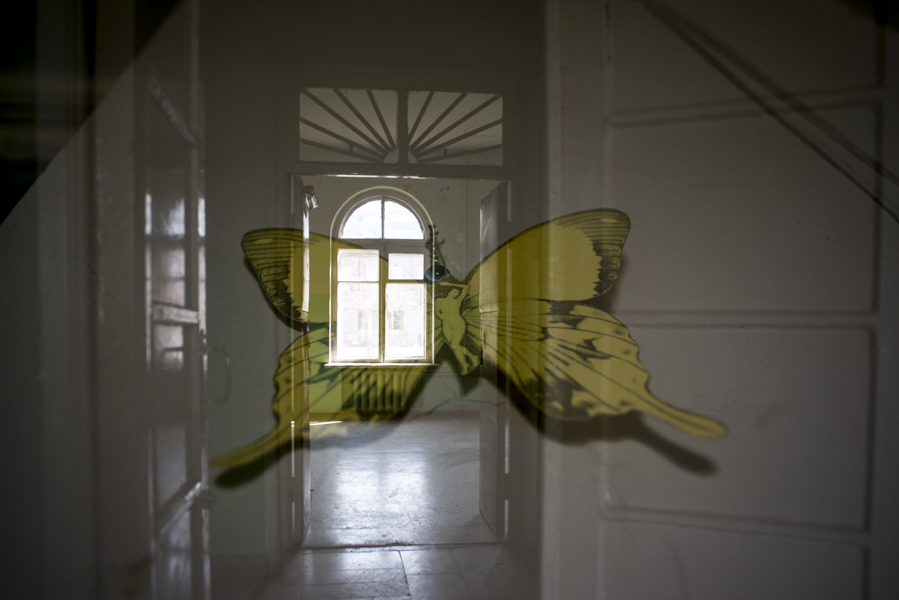 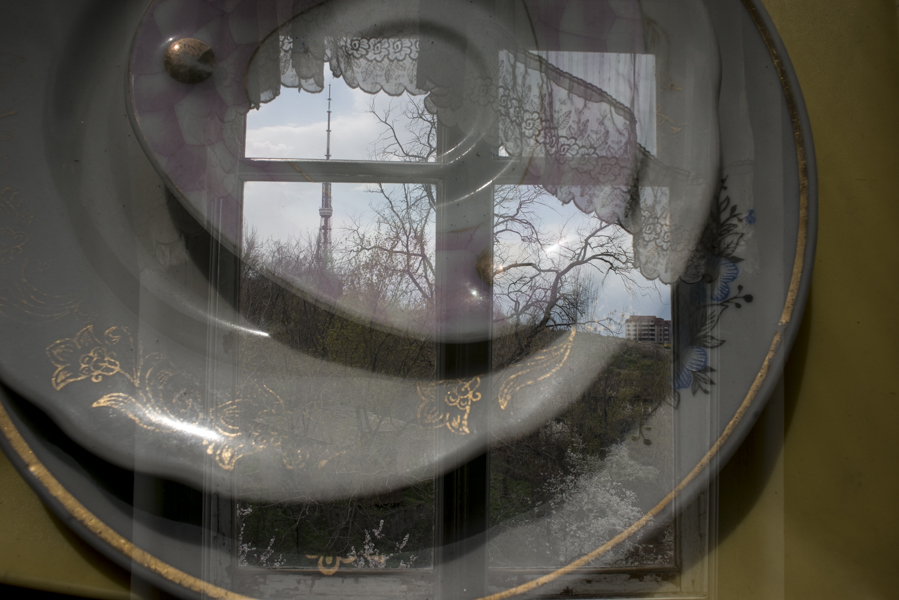 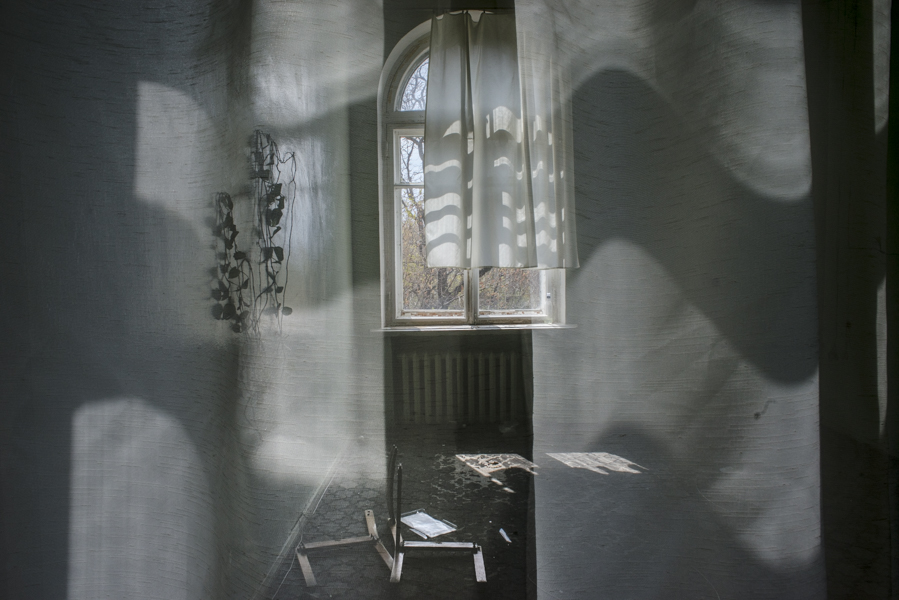 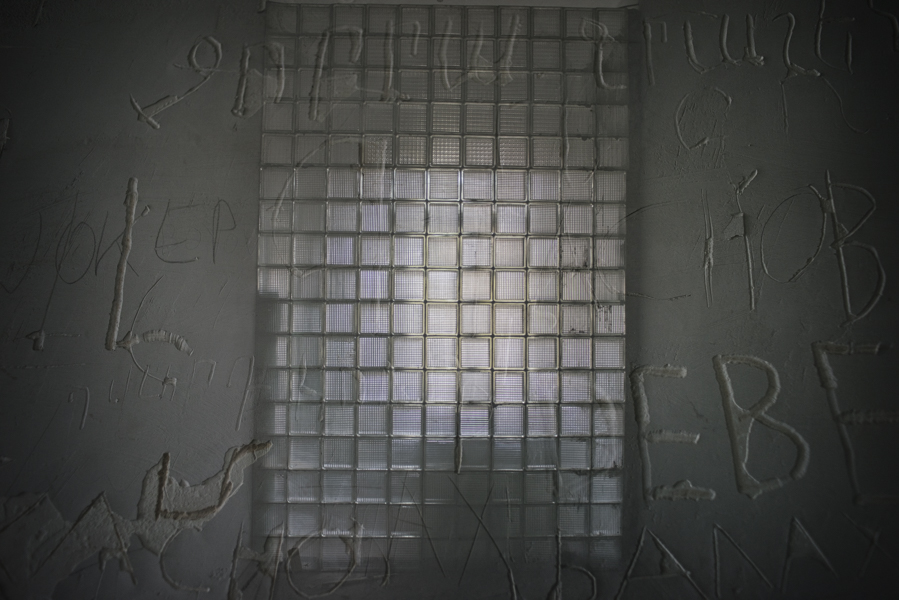 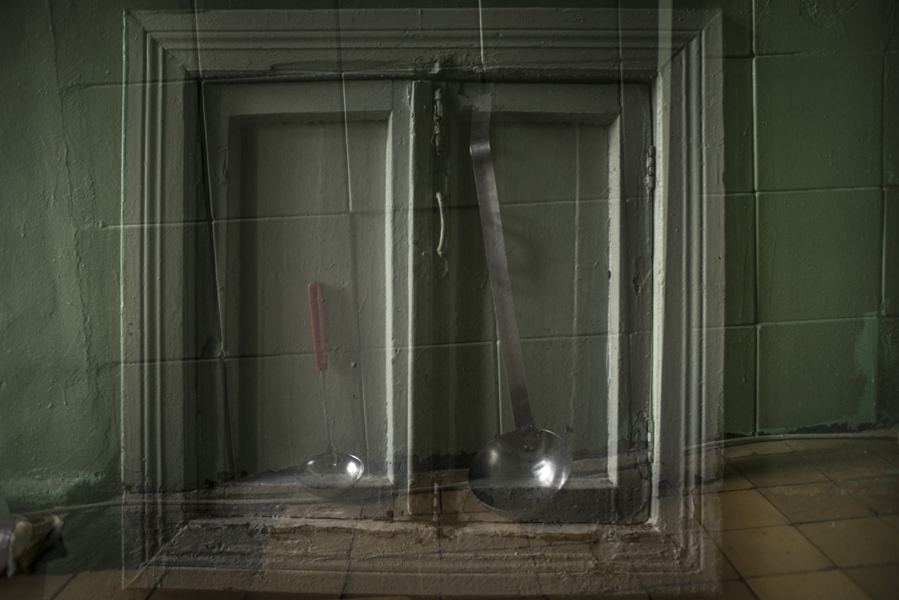 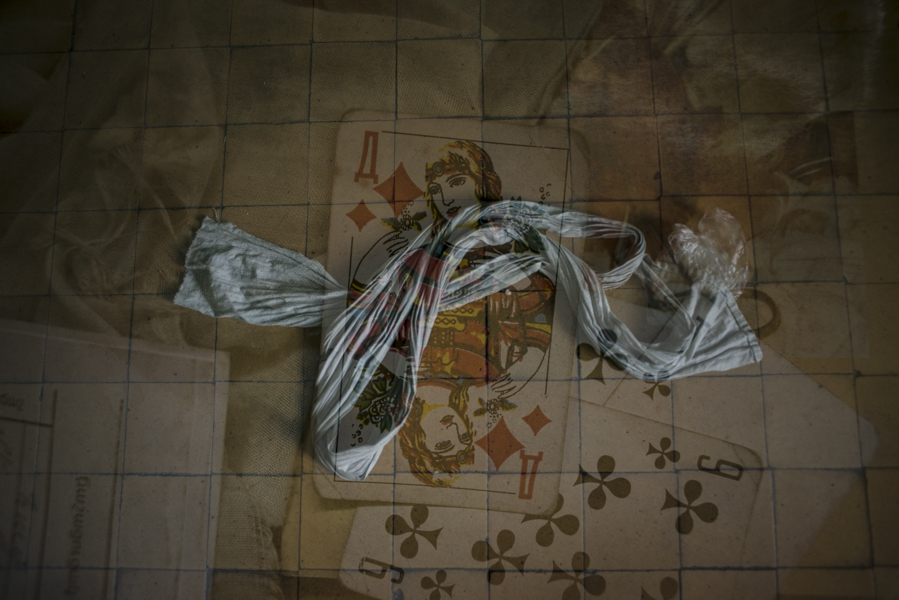 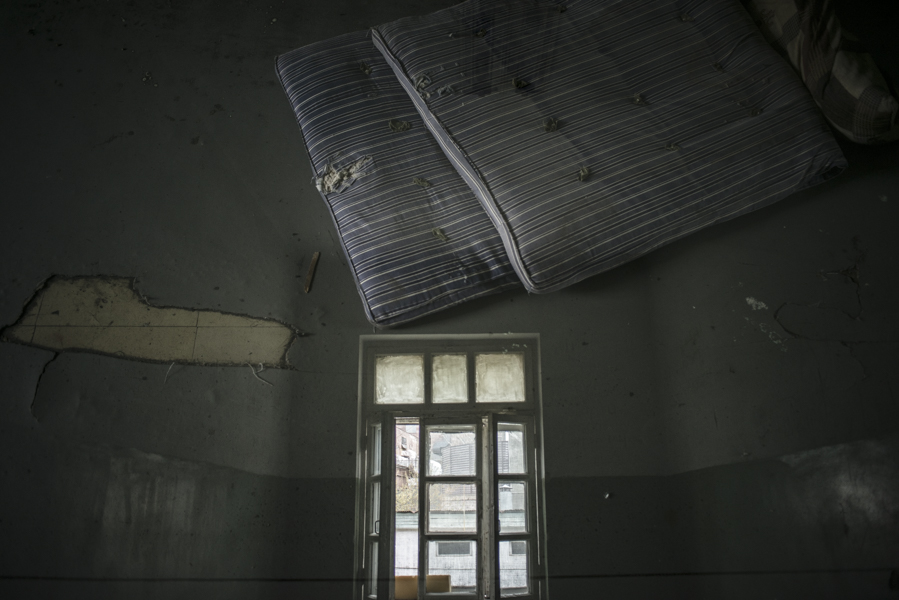 For the first time I could bear to stay in the building for half an hour and be only in the first floor. I was going from one room to another very slowly and was endlessly waiting what I was going to see next.

I had no comments and I couldn’t talk about what I had seen even with myself, it was as if I had been in a battle field. That day I couldn’t take photos either, my bones were cold, though the weather was ok.

The second day I was again standing in front of the building. Again 30 minutes, not more. The third day – an hour. The space that was called a former mental house, became for me a place, where there were many questions and many different answers. My imagination joined to the understanding of the reality.

Day four, five, six… I disperse in the space and in me. I become cut from the outer world and without saying a word wander in the building for hours. I sometimes feel that my jaws are pressed together firmly.

Everything, every spot begins to tell about how people used to consume their time here. How they interacted, longed for, wandered in the corridors, looked out of the barred windows, walked in the garden. How they felt after swallowing their pills, did the peels help? How they felt for each other, have they believed in anything, have they prayed, why have they written their names on the walls? How they waited, felt left behind, cried, became silent, wanted to go home…

All the images of these feelings, actions, relations created by my fantasy destroy my imagination of mental houses. My photography, as a part of mine, not depending on me, and meanwhile in accord with my decisions begins to create collage images, which I am against in my principles.

And, in the end, what was that experience for me? – An attempt to get to know the kind of people, to create a dialog between things and space through images and to overcome my own fears.