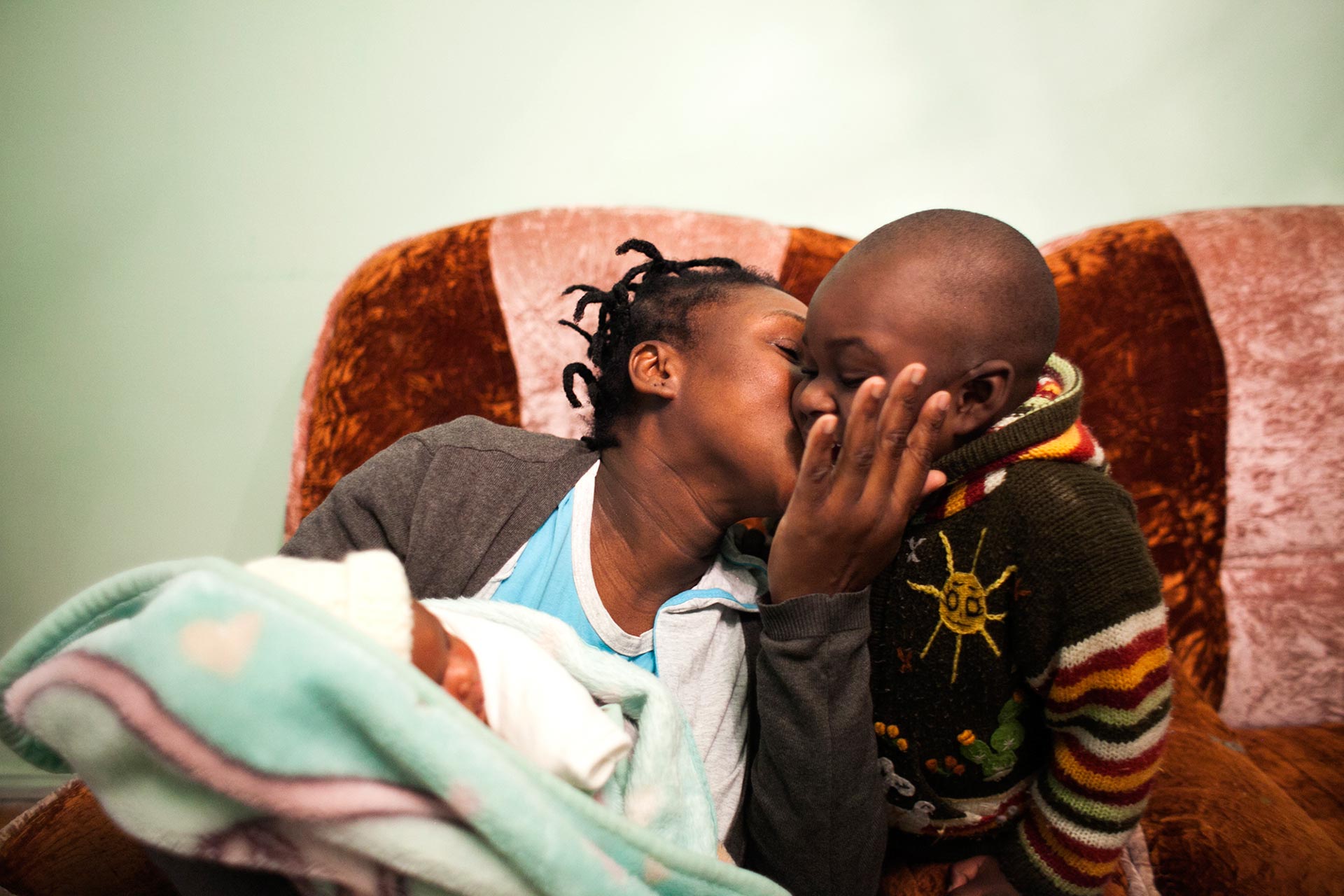 My three-year old son was telling for several days about the newcomer African boy at their kindergarten.

“Alvin’s face is black, his hands are black outside and white in the palms. His mother’s face and hands are also black”, my son would repeat in the same astonishment every time.

Alvin’s mother Lamaghana lives in Armenia for 8 years now. She has come to Armenia at 21 from Guinea. She confesses she cannot retell the whole story as why and how she has reached Armenia, because it’s too heavy for her. She describes it in Armenian with difficulty.

“I have come to Armenia because of the conflict. I had learnt about Armenia from my professor who was lecturing at one of the universities of Guinea. At the beginning I was living in Yeghegnadzor, later I moved to Yerevan.”

She has met her African husband in Armenia. They have married according to the African traditions – only after the agreement of the elderly members of their families. It has been organized through contemporary technologies.

I sometimes meet Lamaghana in the corridors of the kindergarten or in the street. The smiling mother and her son interest people in the streets and courtyards of Yerevan as much as Hollywood stars.

“I feel safe in Armenia – she says – it’s a peaceful country. People accept and love me.”

“Being different has its difficulties, but I try to enjoy the advantages. People remember me; I am always in the center of their attention. I love Armenia and Armenians, that’s also the secret of my being accepted by the society” – says Lamaghana and calmly smiles.

Conflicts and persecutions are the reason of people being forcefully displaced in all the corners of the world.

According to the latest records of the United Nations High Commissioner of the Refugees today in average 24 people are being displaced every minute in the world. Since 1992 three major immigration waves have taken place in Armenia – from Azerbaijan, from Iraq and from Syria. The immigrants are mostly ethnic Armenians.

But Armenia accepts foreign immigrants too displaced from Eastern Ukraine, Iraq, Iran, as well as a small number of refugees from Africa and Asian countries. Their number is around 1000 now.