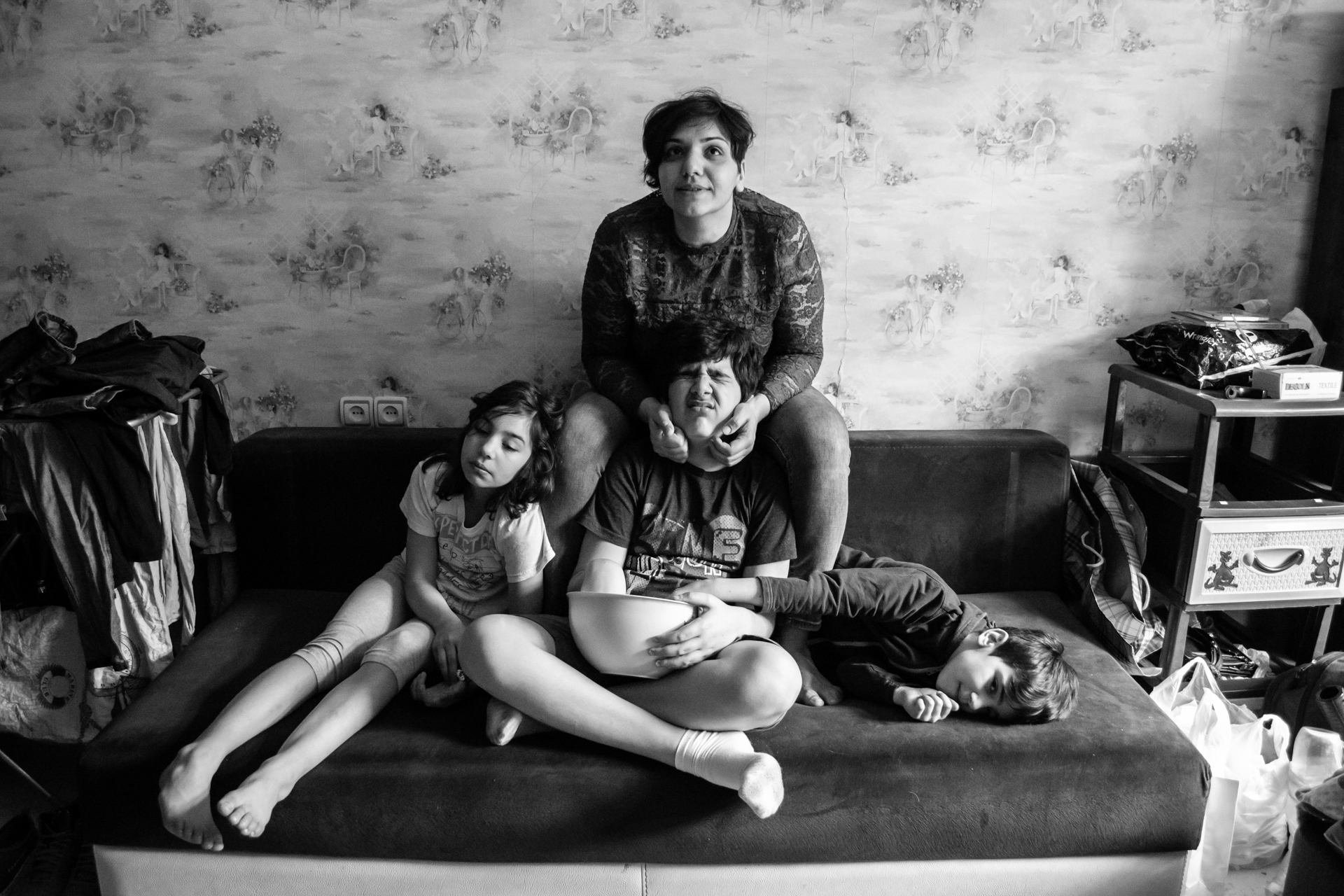 There are many people around us, who do not live the life they want, they just survive becoming the victims of different stereotypes. I chose Astrid to be the protagonist of my photostory, because she, despite others, is one of those, who tries to overcome the difficulties, be it family issues, or social problems, creating the life, where both she and her children will feel better and happier.

She is thirty-four. Has three children.

Astrid found the strength to make the decision and divorce. After seeing a psychologist for three years that became one of her achievements.

She is a graduate of Yerevan Conservatory, but hadn’t succeeded to develop herself in that sphere and occupy herself with it. When she got rid of her fears and inconfidence, she restarted her singing trainings. She is now registered at an opera competition and cooperates with the band Black metal as a singer.

Noticing the gap in another sphere, she began consulting mothers after the birth of their babies. She studied the specialization of breastfeeding and began earning her living by consultations. She also founded a small business of designing and selling slings.

Astrid tries to teach her children to think out of the box and understand, that the norms accepted by the society are not always right. This demands an everyday struggle.