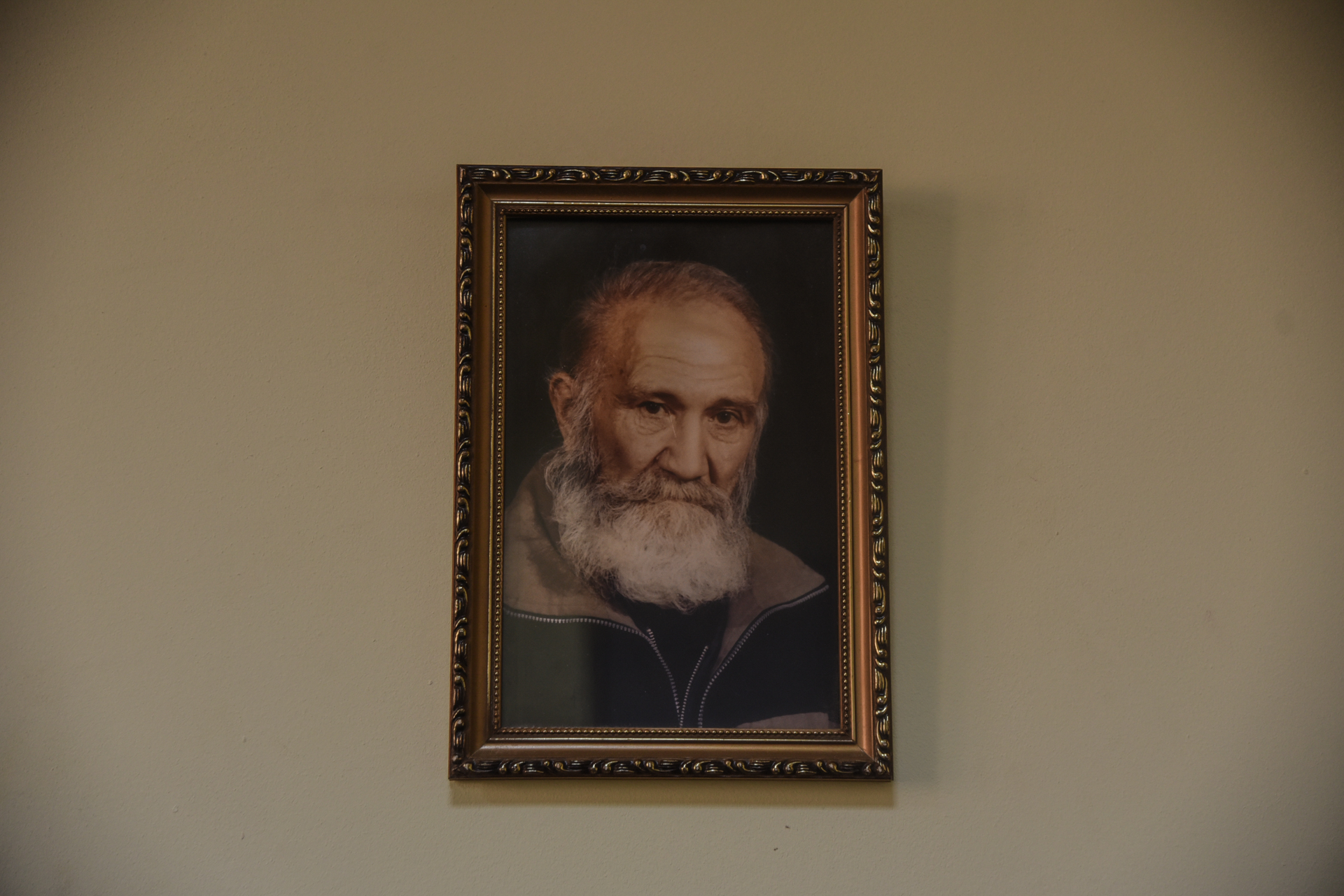 Who was Udi? The Robin Hood of our time, who loved Yesenin, listened to Beethoven, and dreamed of a “golden city” where honest people with high morals would live. The best years of Udi’s life were spent behind locked doors, which were opened only in his old age. One of the most famous thieves in the world of crime lived the last 13 years of his life in the nursing home in Nork, receiving a monthly pension of 13 000 dram (about USD$26).

The first thing that attracted me to Udi was numbers: 15 convictions, 45 years’ imprisonment, and all that during 80 years of his life. I became acquainted with Udi — Rudolph Safrazbekyan — at his book launch. Why My Soul Cried Out is his second autobiography,(editor Ruzan Minasyan) a record of his time in prison. I was affected by the contrast between those numbers and what I was seeing, especially when I met small-framed Udi, sitting on an oversized armchair, puffing and panting heavily and talking in intervals.

Some time later, I went to visit Udi at the nursing home in Nork. His health had deteriorated; he was constantly repeating, my lungs have dried out, but shortly after, he became livelier, we began to talk, to laugh. “I like myself a lot. He who doesn’t love himself doesn’t love people,” he says and continues: “I’ve lived rightly and have not regretted anything.” I’m a little surprised by such a confession. “There is only love. Respect is a contrived word; it was invented so it can fill that empty space where love should’ve been.” He takes a break and shortly after adds, shoot whatever you want. Udi replies to my questions succinctly; he says, read my book and you’ll find out. And so we agree: I promise to come next time having read his book.

I finally finish his book, and cheerfully call Udi. “Allo, Mr. Rudolph, hello, how are you?” “Rudolph has passed away… who are you?” I’m shocked by this news — as shocked as I would be upon hearing of the death of a loved one. I hang up and swallow my tears. And, really, who was I to Udi? Why can’t I come to terms with his absence? After Udi’s death, for a moment it seemed pointless to continue all this, to tell a story about a person who’s a stranger to you. To posthumously gather his unfinished portrait and piece by piece bring it to life. A new experience, which forced me to knock on many doors, become acquainted with new people, because after Udi’s death, the questions multiplied.

Why did I decide to tell Udi’s story, especially after his death? Udi was the last surviving member of his family, whose soul cried out throughout his life and who chose his path in the fight against injustice, to steal from those who were stealing from the state. “Beginning from 1702, among my ancestors are Melik Safraz of Mkhitar Sparapet’s meliks** to my immediate grandfather, Zangezur’s Safraz Bey, who at the cost of their lives kept and preserved the Armenian nation’s honor and strength, culture and faith… What I’ve done is not stealing; I have taken revenge on the insult for persecuting, torturing, humiliating, taking away my health and freedom, presenting unjust and unlawful accusations and condemning me. And if anyone considers my revenge theft, then I reply that I’ve stolen from many greedy rich people, who don’t consider those who don’t have money to be people…”

To get to know him, I open his book again. Udi is candid in the crimes he committed; here and there he describes in detail thefts that, in his words, he committed “flawlessly” and always came out “unscathed,” but surprisingly, he was always convicted for the crimes he didn’t commit. “My first conviction was in Yerevan for [uttering] the phrase none of your business; the second, for not giving a [Russian] ruble to the guard… And so, the list of my convictions grew, from which an observer could form only one opinion of, that, ok, a man can make a mistake once, twice, but so many times?… The years passed, I was already living the fourth decade of my life. I was released on November 17, 1970, from Basargechar’s high-security prison. I came to Yerevan, I went to the house at 55 Spandaryan. My house, my possessions, everything my parents left me were gone — there was only a space equivalent to the ground. The state had sold it on account of the opening of the main avenue,” describes Udi in the book, all of whose complaints both during the Soviet Union and the days of the Republic of Armenia remain unanswered. In recent years, Udi’s complaint regarding his house was being examined at the European Court of Human Rights, whose decision he was waiting for impatiently, since he dreamt of living in his house and not at the nursing home.

The cemetery at Sovetashen became Udi’s last home. I look at the anonymous burial plots and think about Udi. What would the former prisoner who spent the majority of his life in Soviet prisons say? Did he reconcile with his restless soul, did he find his sought “Golden City”…?

*Bey is a title for chieftain, traditionally applied to leaders in the Ottoman Empire.
** meliks were hereditary Armenian noble titles.