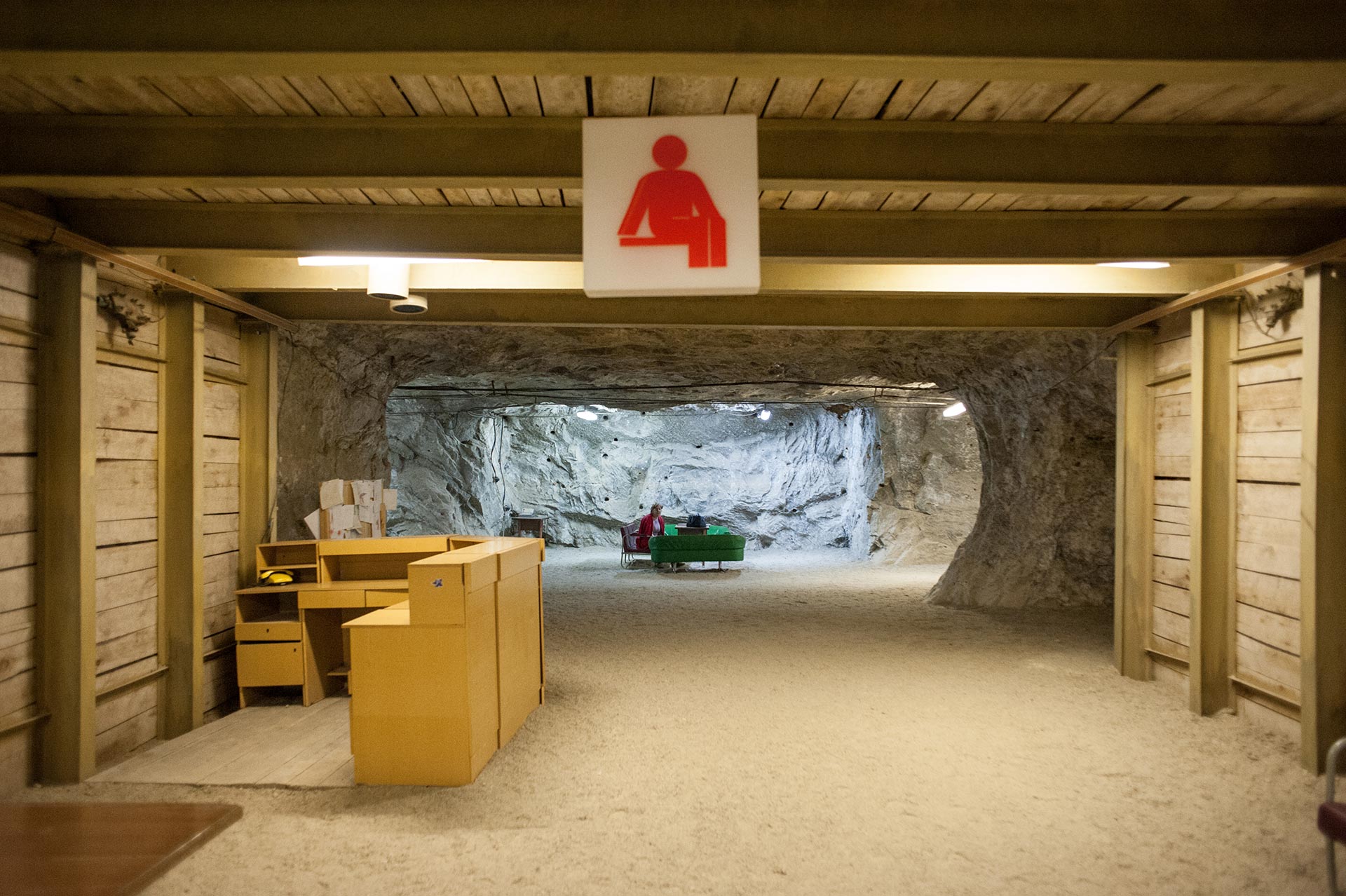 Two and a half minutes in the elevator and 235 m below the surface of the ground opens up a landscape of salt. With uneven relief and repeating arches the long corridor leads to an underground cave, where the relation with the world above is cut from the first moments.

The underground sanatorium – the Republican Speleological Therapeutic Center – is located in the Salt mine of Yerevan’s Avan region and has operated since 1987. For the patients suffering from bronchial asthma or other respiratory or allergic illnesses the cave is a real heaven.

The course of the treatment is 20 days – 6 hours a day. In the 4000 m2 cave there are located medical-diagnostic rooms, sport halls, walking corridors, rooms for sleep and rest. The results of the treatment are noticed quickly especially at the patients 5-6 years old, when their immune and hormone system is in the stage of development. The most important thing in the cave is the substance of the air, which is saturated with rich micro elements of rock salt.

All those physical factors which affect the immune system badly are absent here: magnetic field, sun winds, electromagnetic fields, outer irritants like cars, radio, TV, Internet, etc. The pyramid made of these outer world interactions is destroyed during the 20 seances of the treatment. The immune system becomes stronger, the hormonal system restructures. A new stronger pyramid is built which is capable of confronting the effects of the world above.