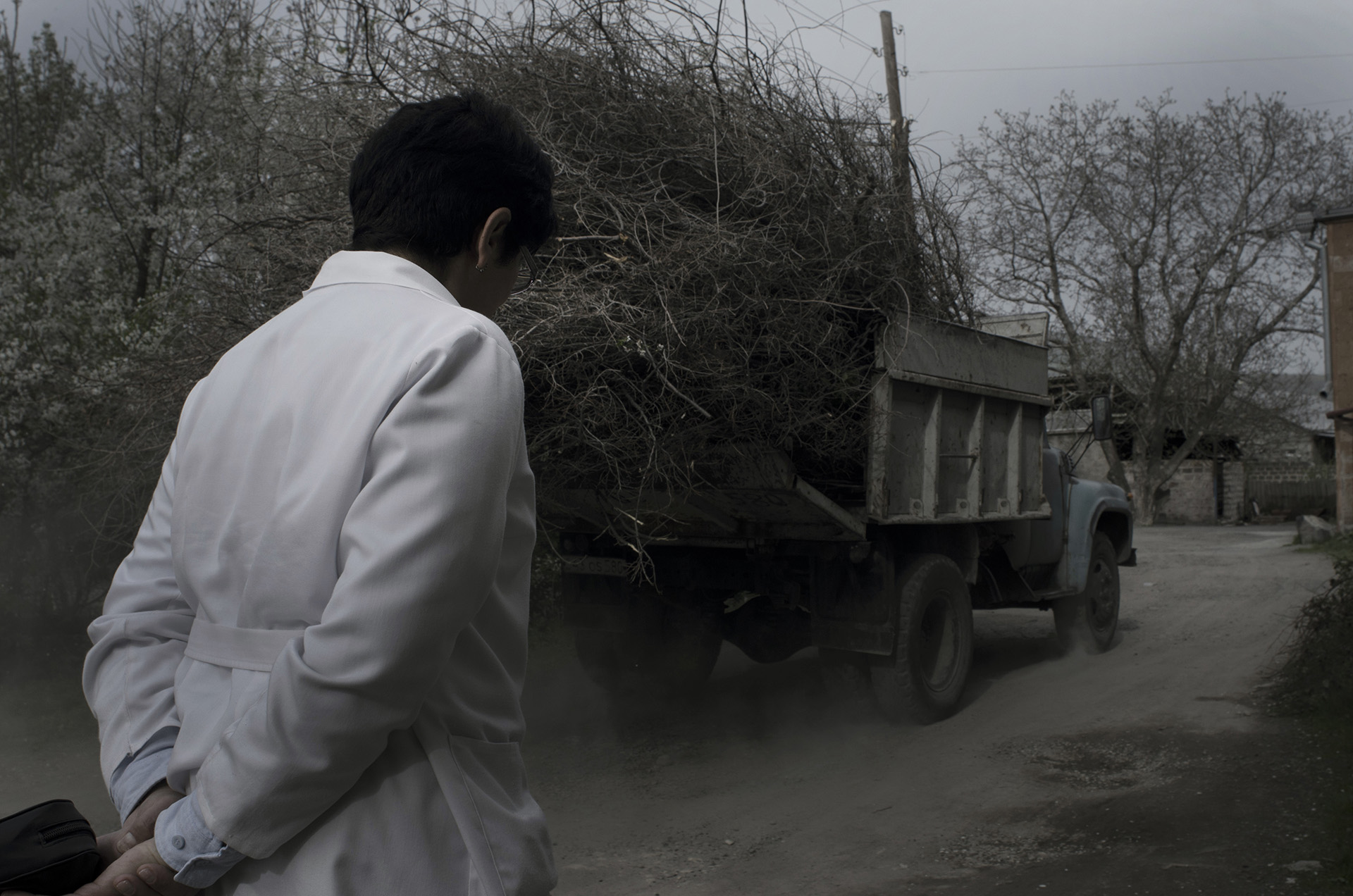 After thinking over my text long, I eventually decided to put down Nune’s direct interview, leaving my questions out.

“I haven’t had an alternative in the choice of my profession, since I have grown up in a family of doctors and haven’t imagined myself in any other profession. I have interacted with patients since childhood; my days have passed in different hospitals. My father was a surgeon, my mother – a specialist of blood. I have been present at surgeries since 4.After the graduation I have worked in Charentsavan as a therapist, then as a neurologist at the 5th polyclinic in Yerevan.  Because the opportunity of thinking and acting freely was very limited at the city clinics, I decided to move to the village after getting a training of a family doctor. It’s possible to be more operative here, to rely on your acumen. You can have a huge impact on discovering illnesses earlier, bringing the possibility of the first aid, making the first discoveries. Having no serious analyses at hand, only the complaints and the symptoms of the patients and relying on your own skills you can go for a diagnosis.

About 85-90 percent of the diagnoses get confirmed. Many diseases have become younger, such as cancer, cardiovascular diseases and leg varicose. Besides these neurosis is very widespread, which gets unconsciously disguised under other complaints, beneath other illnesses. The reason of neurosis is the social, financial situation of people, the quality of their living. The most affected are the young women, whose husbands are out of the country for work or do not work at all.

This is overtopped by the situation in the traditional Armenian family, especially in the villages, where they are to live with their parents-in-law and even with the parents of the latter. The bride of the family must humbly serve everyone, do what everyone expects of her, never argue, care for children and adults, and as a consequence of this there comes neurosis, which can entail malfunctions of the thyroid gland, and the latter can entail tumors in the breast glands.

The mission of a family doctor and the Office of the family doctor work only at the villages of Armenia, but in Yerevan and other big cities it does not operate as such. Different clinics, various laboratories, diagnostic centers are available there, and the family doctor as such gets paralyzed there, turning into a local therapist. But in a village there exist you, your skills and your patient. In a village a family doctor becomes a professional.”