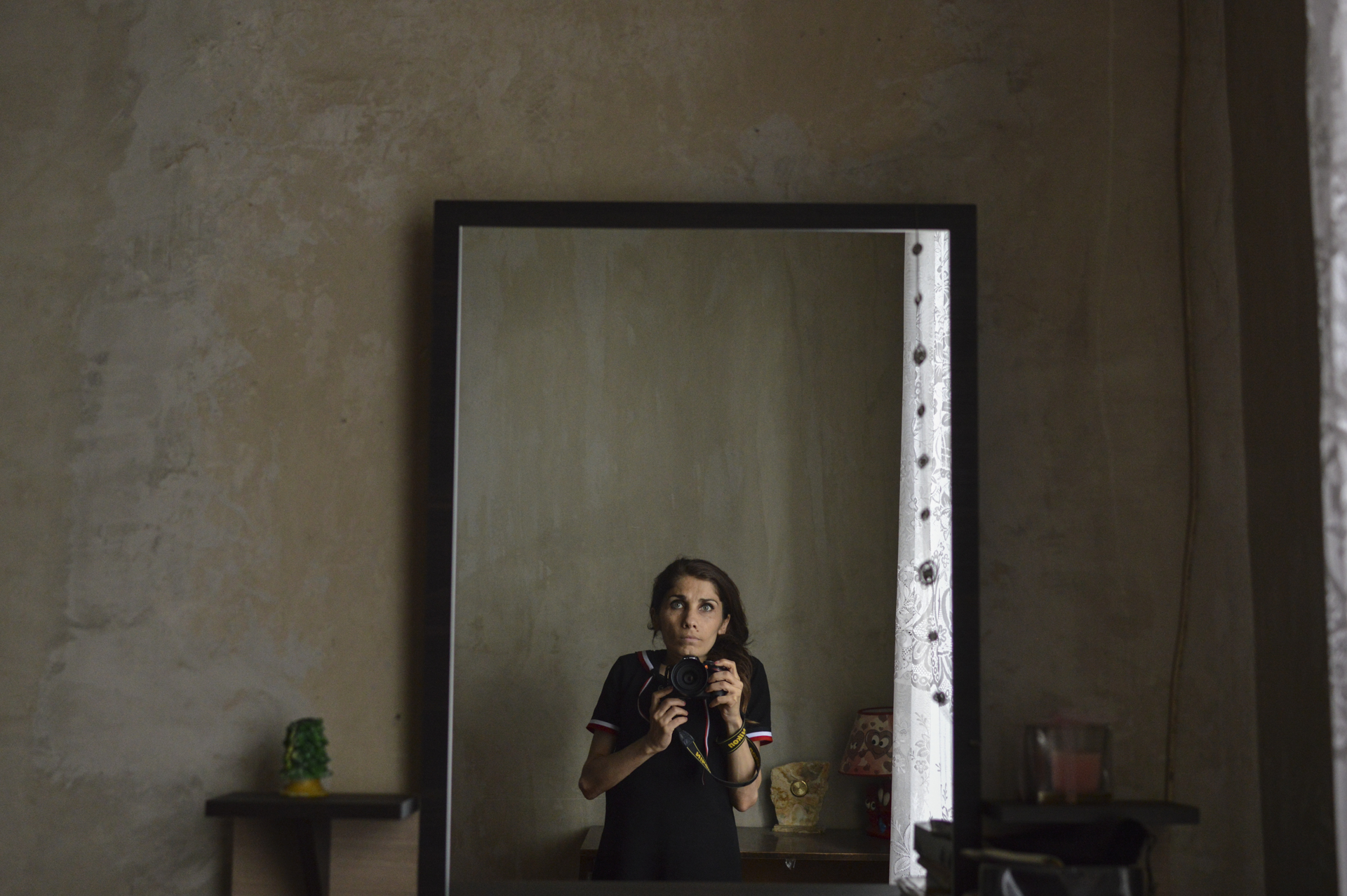 To create a mechanism which would itself prompt the content of the image. This was the motive which made me place my second camera into Kristine’s hands. I suggested Kristine to shoot her world from inside, as it exists. As she wants it to be. To shoot her dreams. What makes her live, what encourages her. To turn the camera into a tool of examining herself and tell about herself from the view of the first person. Kristine became not only the protagonist, but also the co-author of this project. My camera… We became researchers. Photography became a means of dialogue. This was a process the end result of which was not clear to both of us. A new experience for Kristine and me, that we passed through together.

I didn’t believe, just the opposite, it is very light to say, that I didn’t believe. I was always unsatisfied, complaining. I was writing letters without any address, directed to God, endless complaints, I was complaining, asking questions. I didn’t come up with demands, on the contrary, I used to write that I didn’t need anything, I was not asking for anything like others. Christianity had become for me a place for complaints. I used to think there was something or someone for my complaints. Especially, when they gathered and talked about what God had given to this one, something else to the other, I used to be very negative that day. Why he hadn’t given anything to me? Later, when I was 24-25, they said that there was a religious camp, you could go, have some rest, and only then I understood that you don’t obtain belief. My uprising came from that belief too, which means I had expectations… After that, when I was reading my letters, I used to laugh a bit and admire myself, that even then I had that monologue. Now I am very much happy for the day, when I entered the church and didn’t come out of it.
It’s already two years that I am in the service among aldermen of the village. Nothing has changed in my relations, but there is a bigger trust in the villagers towards me. In this period by my offer and the head’s assistance, we already have our dance group “Kyurin” – rather big, established. By my offer again and the help of the village mayor we have out football team with uniforms, with the village logo. We had Armenian drum (dhol) classes, now we have also drawing classes. I am content with my service in the village. I am happy that the villagers turn to me even in the issues which are not in the frames of work of the aldermen. For example, how to connect their internet, or why there is no water, which does not have anything to do with the village municipality.
I have loved in an older age. Let me say I have loved, let’s not be afraid of that, but that became the biggest lesson for me. I decided to come out of my world for the first time. I came out and understood that it was my mistake. Why? Because by coming out I closed the door and was not able to return. I trusted, came out and made a mistake. I, as a mature person, a person having read so much about love, so conscious, made a mistake, but I don’t regret my love, anything that I have done. And I am happy that I could love too, that I felt myself loved, felt myself a woman. I don’t regret anything. What I was sure was not needed to be expected, I expected and was mistaken…

Kristine Sahakyan is an aldermen member of the village of Nor Kyurin at Ararat region. She is the vice chairwoman of the youth union Masis of St. Gevorg church of Marmarashen. She is a teacher by her type and profession, who teaches the students by her own example first by becoming their friend, than their teacher. I had the wish of photographing her when interacting with her a bit, I wanted to tell about her strong and fragile type. We created one portrait together.

When at the hospital Kristine took off her shirt and let me take photos of her, it seemed to me that it was not possible to be closer to her, that there were no borders between us any more. But at the village Kristine didn’t allow me to photograph some private items – letters, dresses, her only childhood photo. She did it herself. That was her private space, which she wanted to open up herself. 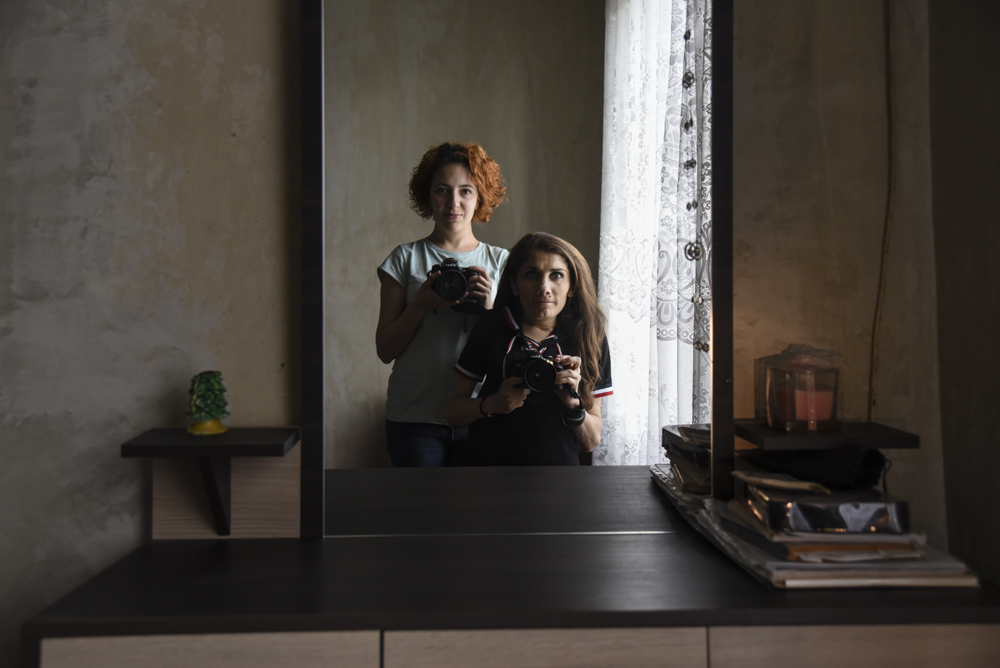 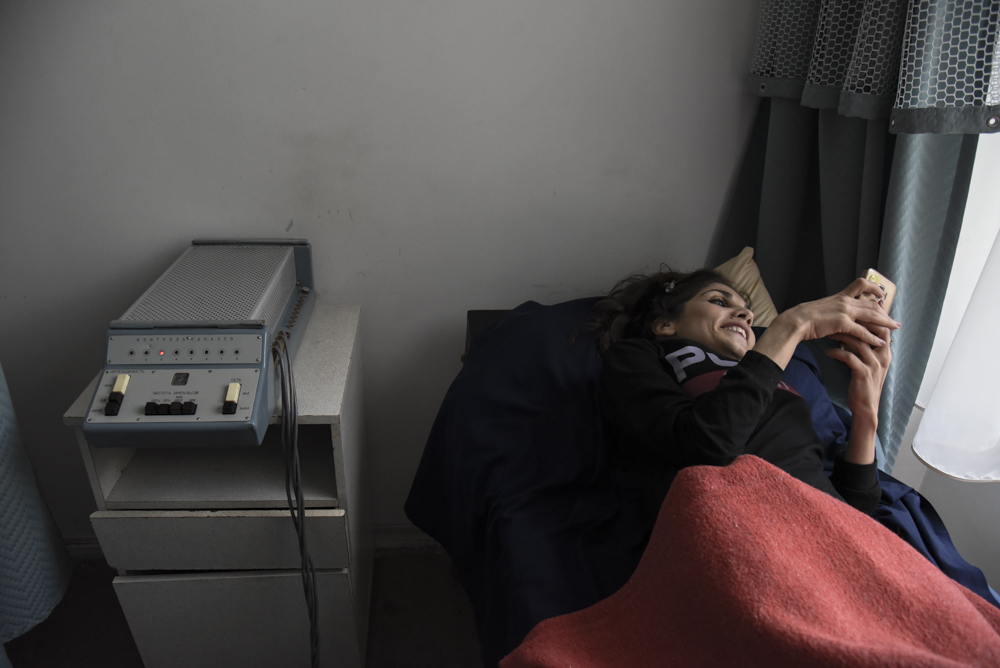 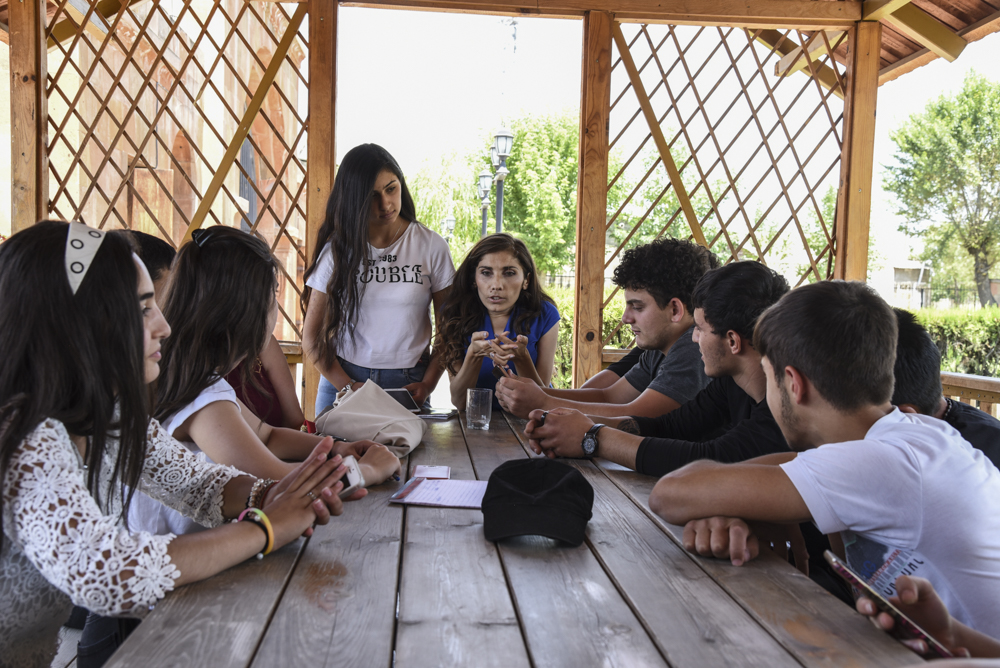 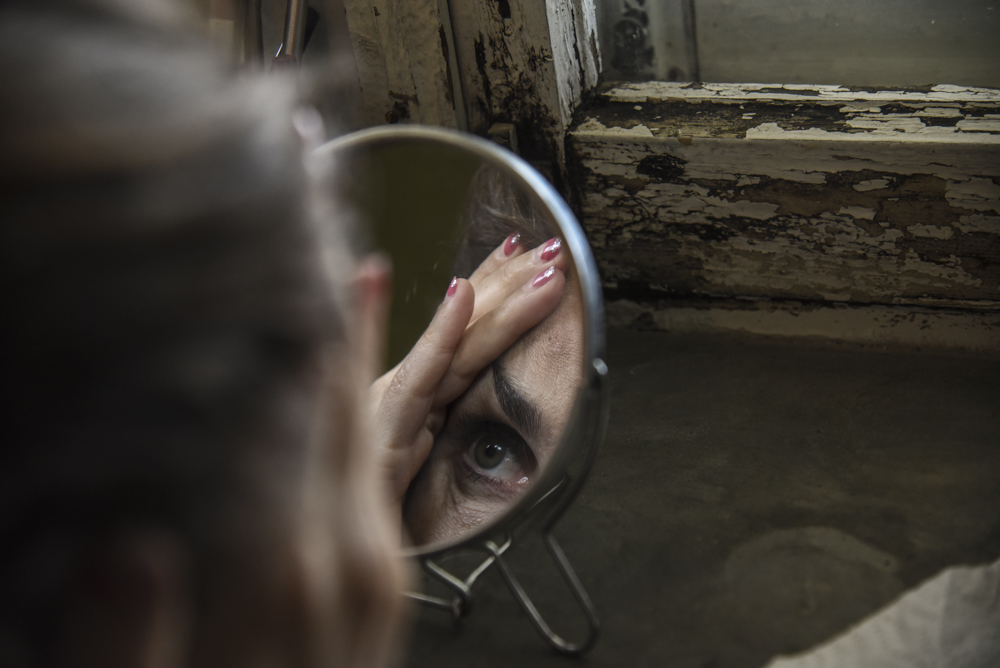 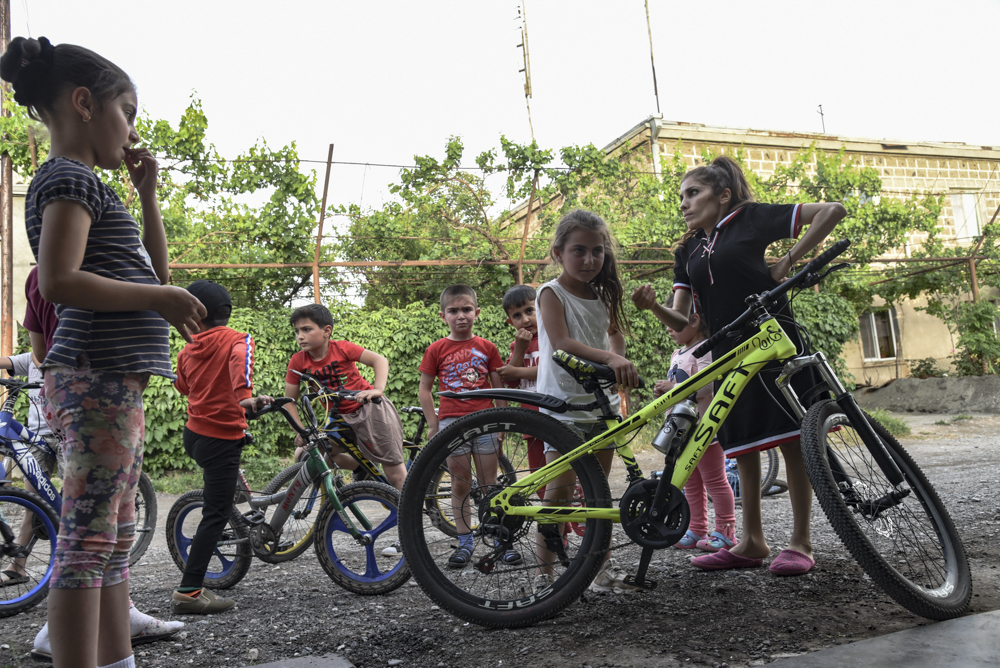 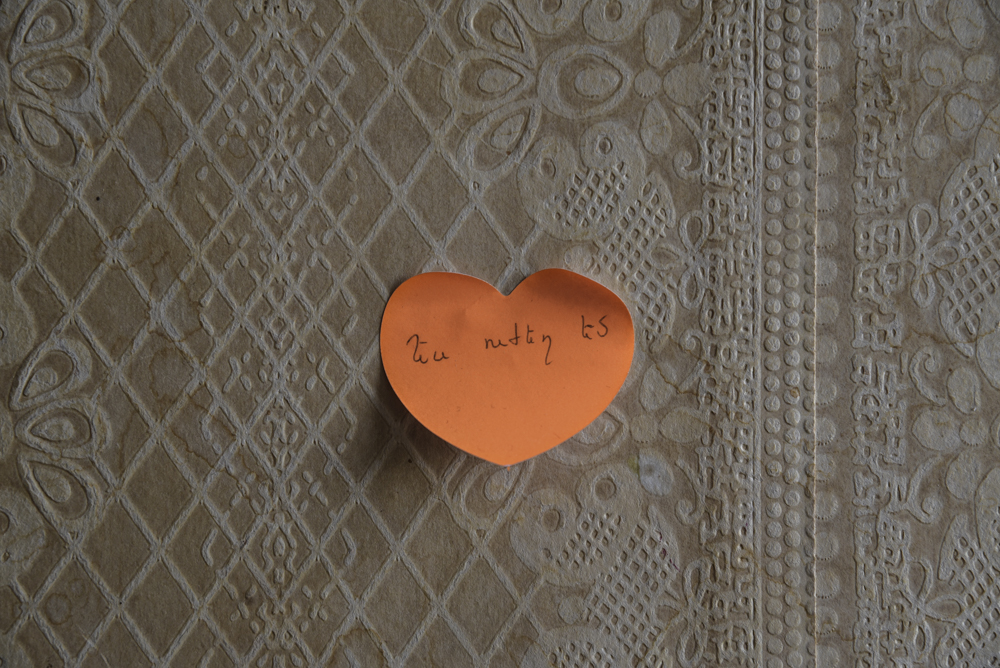 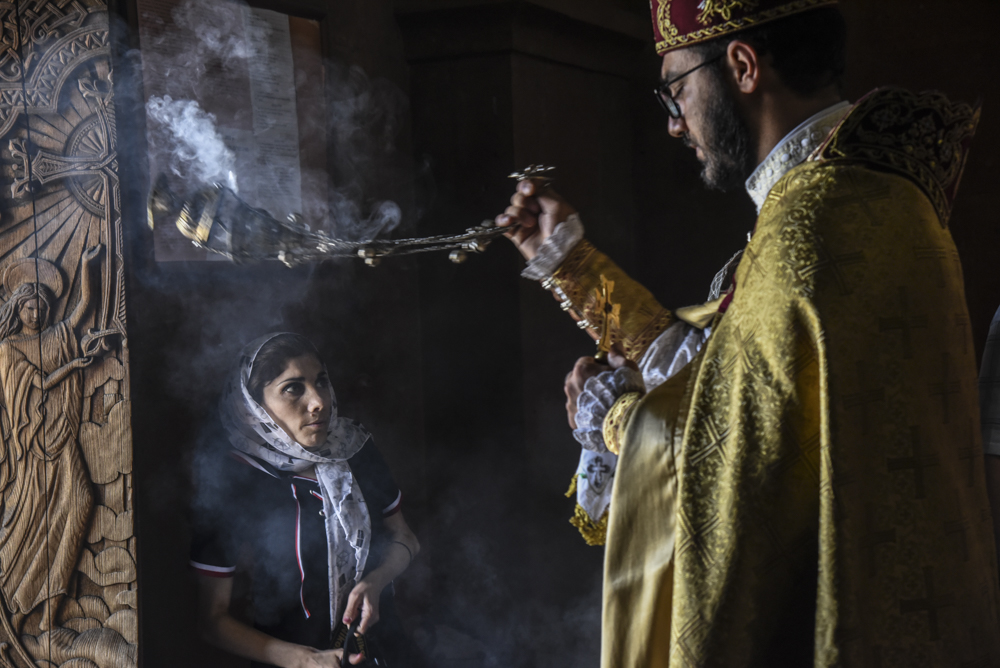 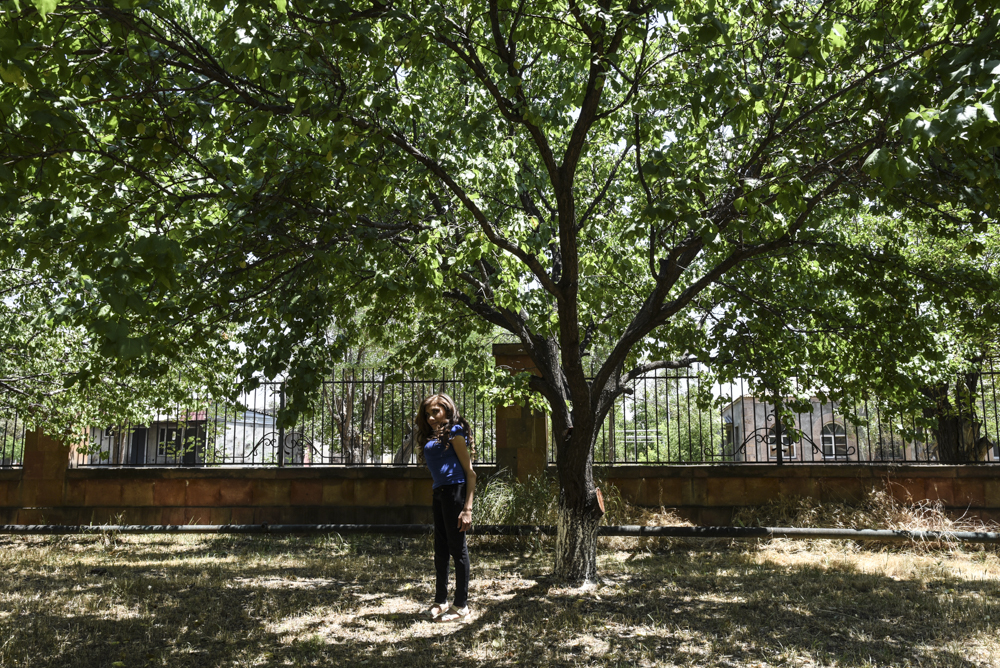 I haven’t dreamt of anything material. My childhood has passed in hospitals. I would look at the pretty nurses and dream to be a pretty nurse myself. Her name was Alla, and I don’t know why, was in love with her. I would find pins and give them to her as presents. When I was a teenager, I had a very precise dream of becoming a doctor, of having my own clinic. Those dreams crashed easily, he crashed easily. We went to see a doctor, that is my first conscious memory of a doctor, he spoke in such a way in his room, that I came out that day and understood if I was going to become a doctor like that, I’d rather never become one, never wear the white uniform. And my memory ceased. My clinic disappeared, the lights went off, and I didn’t want to become anything any more.

I didn’t know if our experiment would succeed, if there would happen a dialogue. Only going towards each other was important. In the end, when I asked Kristine to share her thoughts about her experience, she sincerely told that she was not in the idea of shooting herself, since she didn’t like taking photos or being photographed. This was something that I had noticed too. Later I began noticing during this process how the camera became the continuation of Kristine’s mind, heart and hand. 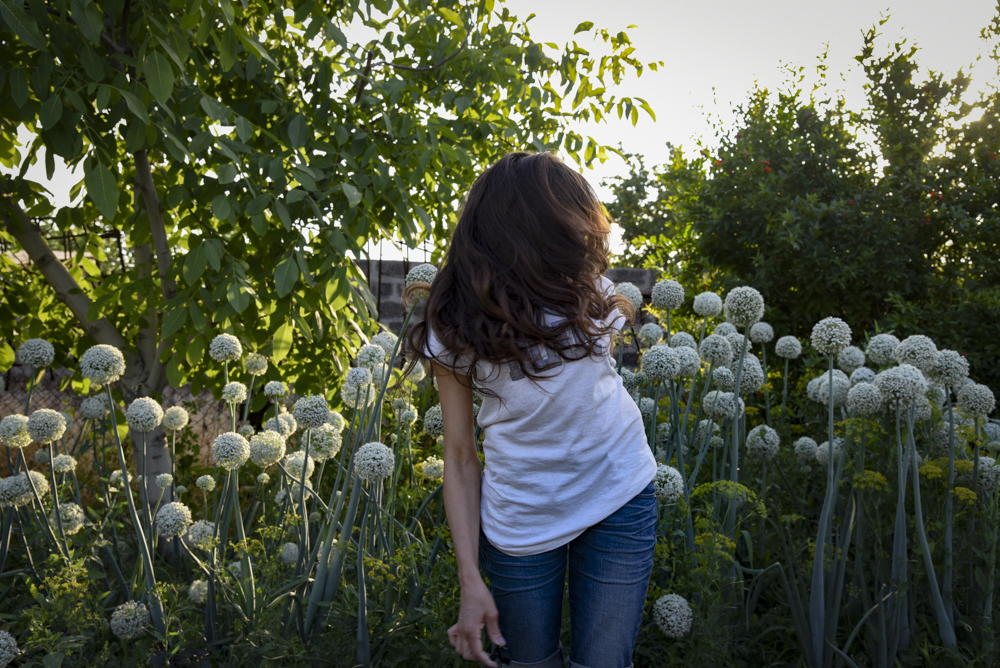