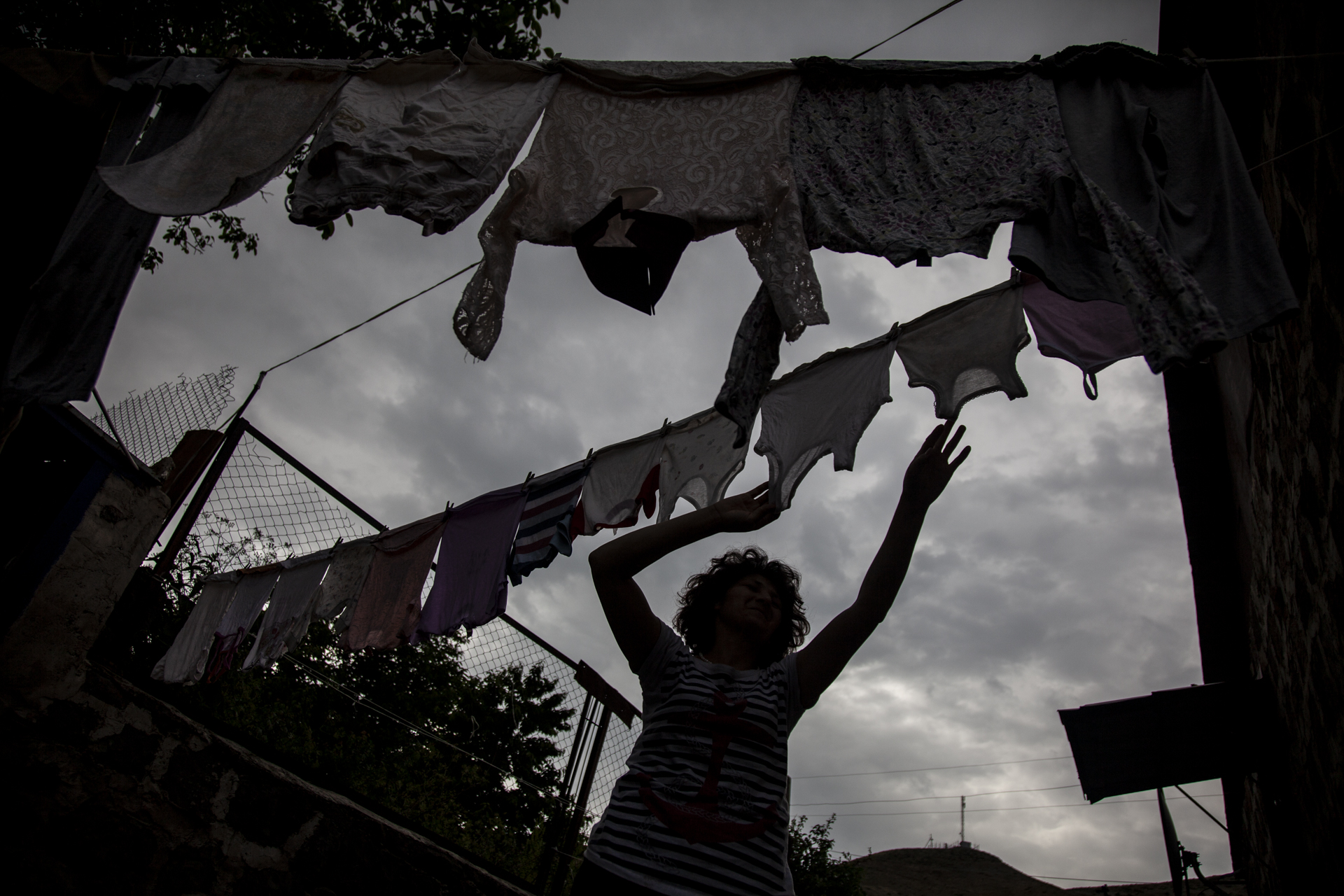 The girls in the villages of Armenia share one destiny, that is inherited from generation to generation – marrying at an early age and sending their husbands to migration works abroad.

This is a regular story about a family of many children, about poverty, and work abroad, which they imagine to be the only way of life. There are many families like them all over Armenia – alike or different.

37-year-old Sahakyan Tatev has married at 15 and given birth to eight children – five daughters and three sons. (One of them, Roubina, has died because of a doctor’s mistake.) When spring comes, Tatev stays alone with her children, because the men of the village are destined to go abroad to work. It is neither news for Tatev, nor anything surprising – her father used to go too, her husband has to care for earning a living for the family too, as well as her daughter’s husband. While spring is the period of the year when agricultural works begin. And while the men go abroad to cultivate the soil of foreign countries, their native village remains burdened on the shoulders of the women. It is hard for the women, yes, but this family has the solution to their problem – the solidarity, the unity of the children both in their games and in helping their mother. Three-year-old Narek is always busy taking care of the chicken, the eldest son – Asatur – of feeding the pigs, and the girls clean the soil from weeds. Tatev’s eldest daughter – 19-year-old Heghine – has married and has a child. Her husband too has to go to work abroad, and the family remains under the care of the young woman. When finding a free moment, she runs to her father’s (or mother’s?) place for twenty minutes.

Tatev has the ability of leading her big family. She is one of those women, who repair everything with her own hands, be it a toy of the child, or the roof of the house. But no matter how hard Tatev tries to fill the gap of her husband’s absence, the gap always remains. “What children would trust to their father and tell him, especially my eldest son, they wouldn’t tell me”, says Tatev.