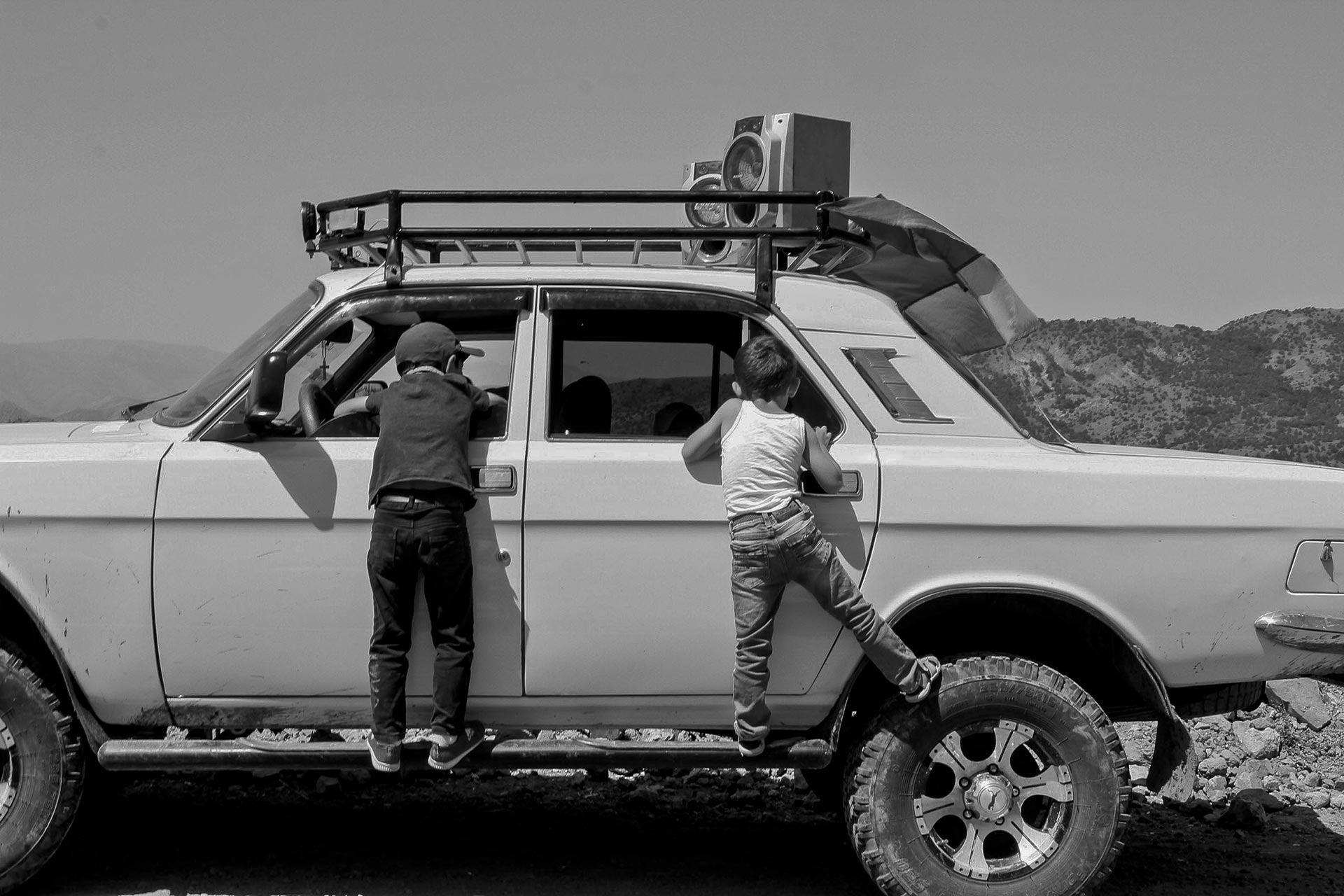 Being an Armenian based in New York for years, but now back in my home country, I was contemplating around ideas such as homeland and the information that it carries with its soil and water, individual’s need for acceptance by the tribe and going against nature. I was sitting in my room on a hot summer night, writing a fiction film screenplay about a young female scientist, who’s repatriating to her homeland, Armenia, in order to work on an ambitious mining project at a mountain, but becomes a bearer of a self-destructive force as a result of a strange metaphysical encounter inside the mine shaft.

At the time, I had no idea, that about a 150 kilometers away from me there was this exact mountain, a real one, with a mine in it, like a fresh wound. Amulsar, translates as infertile mountain, being the only infertile soil around, that doesn’t grow amazing pines and herbs and flowers, as tall as a teen. It’s because of the presence of uranium in it, say locals and the environmentalists. Of course it’s not completely futile: it hides gold in its depth, a fact that brought the international investors.

This mountain’s new and yet unexploited mine, along with its concerned inhabitants of neighbouring spa town Jermuk and villages of Gndevaz and Kechut, were as real, as was nothing else in my story.

This was a call for me to explore my own story within a real story, somewhere in alternative reality. When I got to Amulsar mount, it was dug-up from the top and had factory facilities placed at its foothill. I felt our connection, looking at it and realizing that it somehow connected with me on a metaphysical level, making me write its story. I started taking photos.

Amulsar was asking for people’s help for many years now, but not many listened in the villages. After the May’s velvet revolution in Armenia, people felt in power and inspired to continue fighting on a local level. So they got up from their homes, took tents and mattresses and went to block the roads leading to the mine.

There was no change of air for many years. People didn’t talk to each other much about environment or rights. But this time things are different: I found all of them on the streets, protesting and being the actors of a story they wanted.

I was looking for my own story there, and I found its traces everywhere I went: in the spring water and the beautiful nature, inside the stressed looks of the mine administration, in the simple pride of the protesters at every post I visited and documented in Amulsar.