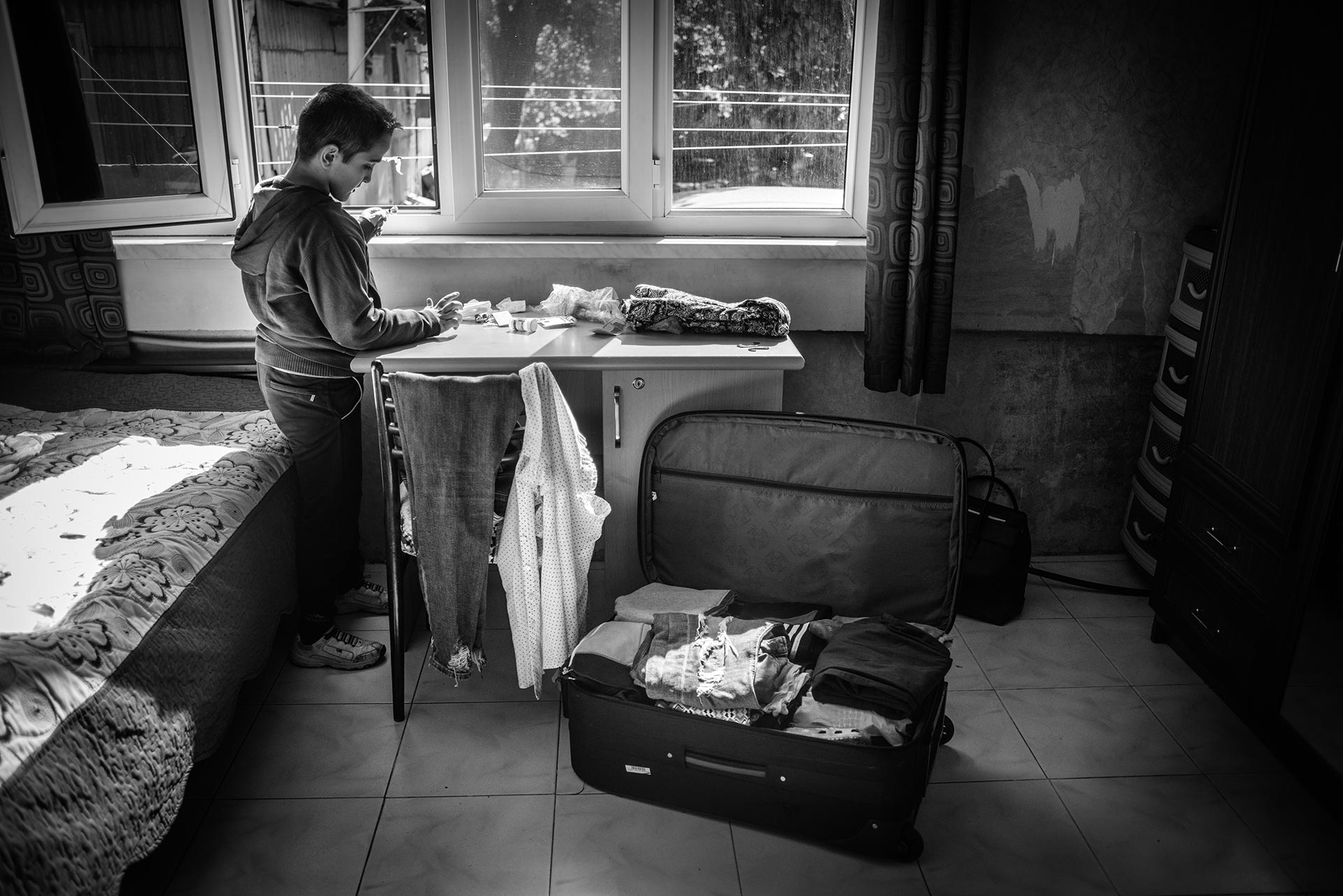 The members of the house have been silent since morning. No one is saying anything specific. It’s as though they’re all offended with each other; they don’t look in each other in the eye. The mother silently packs the suitcase. Only the twelve-year-old son can’t contain himself; he is constantly upset and gets everyone emotional. And again each one is in his own thoughts, asking himself, How did the moment to leave the country, the house arrive? The moment to get a visa and decide to seek asylum at some camp in some country? Because you have a child with a disability, and this is the only way out?

The adults of the house reached this decision with great difficulty. They always hoped that the child’s treatment would definitely have a positive outcome.

Now from the very beginning

Sevak was born with a regular weight, on time. During the pregnancy, a Doppler scan did not record any abnormalities in the child’s development. On the twentieth day, he had a fever for about 10 days. The entire time he was under doctors’ supervision, nothing serious. The doctors concluded that the system regulating the child’s body temperature had been disrupted, but that is quickly settled. But the little one was restless; the doctors reassured that the little one is in pain, it’s just a little gas, there’s nothing serious.

At about six months, developmental issues were noticed. A computer test revealed that liquid was collecting in the child’s head. The brightness in the family members’ eyes faded: how did this happen, when? Maybe this was the reason he was restless, constantly crying, refusing milk. The hospital visits began, then the rehabilitation centers. The positive results were really slow, Sevak walked with great difficulty at three years old; he is nine years old and has not yet said a word; he can’t do anything independently. Added to all this was another complication: from six years old, the boy began to have convulsions and fainting spells. He was prescribed anti-epileptic drugs, which in turn affected the child: he walked worse, he could easily lose his balance. There would be months when they wouldn’t come home from the hospital. While the treatment was performed approximately: let’s try this drug… no, now the other one… better to have a greater dose… the dose must be decreased…

The doctors couldn’t decide. In this case, how can you expect progress… You have to find another way. And the decision was made.

You abandon your country, your house, you get a visa and go seek asylum at some camp in some country.